Accessibility links
Robust Health Insurance Sign-Ups Surprise Supporters And Opponents : Shots - Health News Despite an enrollment period that was half as long, nearly 9 million people have signed up for Affordable Care Act insurance for 2018 so far, about the same as last year. 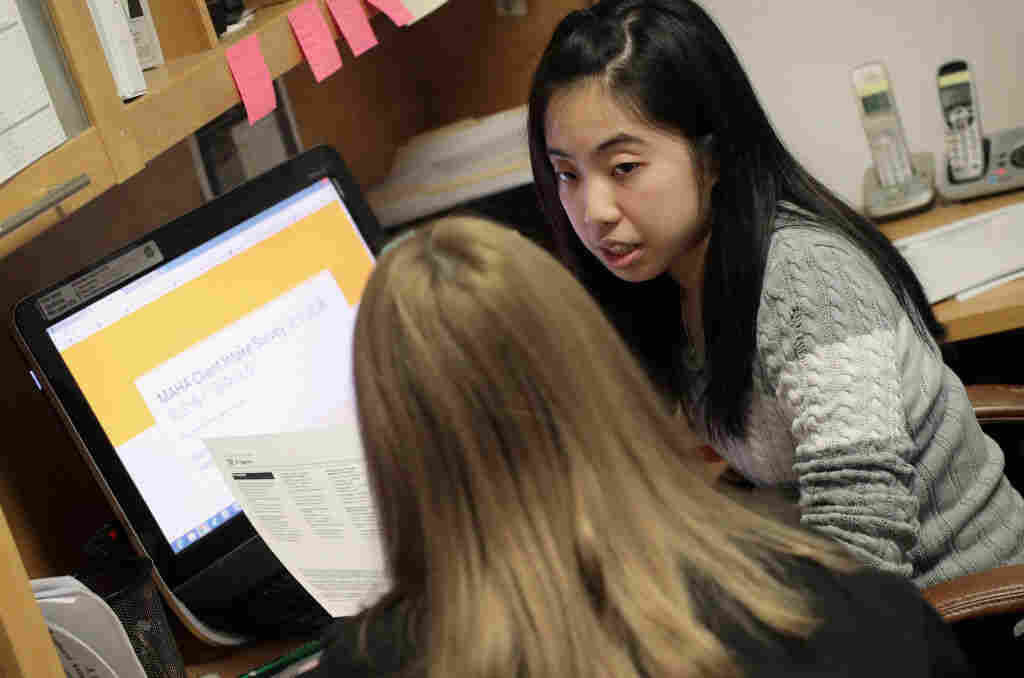 Kelley Mui helps a client sign up for health insurance through the Affordable Care Act on Dec. 15 at the Midwest Asian Health Association in Chicago. Scott Olson/Getty Images hide caption 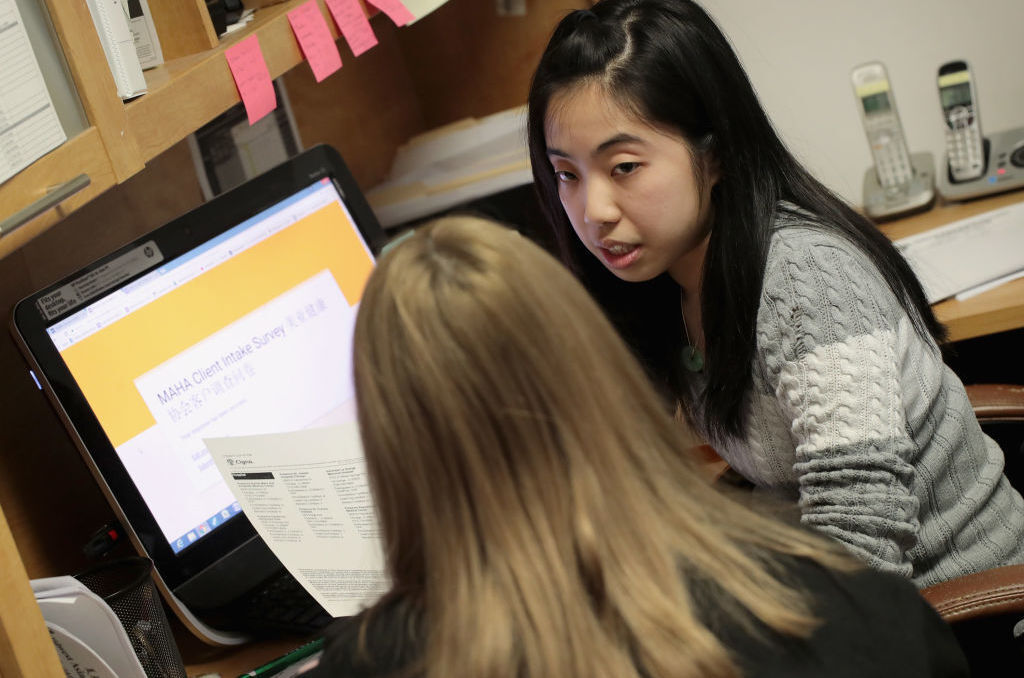 Kelley Mui helps a client sign up for health insurance through the Affordable Care Act on Dec. 15 at the Midwest Asian Health Association in Chicago.

A day after President Trump said the Affordable Care Act "has been repealed," officials reported that 8.8 million Americans have signed up for coverage on the federal insurance exchange for 2018 — nearly reaching the 2017 number in half the sign-up time.

That total is far from complete. Enrollment is still open in parts of seven states, including Florida and Texas, that use the federal HealthCare.gov exchange but were affected by hurricanes earlier this year.

The numbers released Thursday by the Department of Health and Human Services also did not include those who signed up between midnight Dec. 15 and 3 a.m. ET on Dec. 16, the final deadline for 2018 coverage, as well as those who could not finish enrolling before the deadline and left their phone number for a callback.

And enrollment has not closed in 11 states, including California and New York, as well as Washington, D.C., that run their own insurance exchanges. Those states are expected to add several million more enrollees.

The robust numbers for sign-ups on the federal exchange — 96 percent of last year's 9.2 million total — surprised both supporters and opponents of the health law, who almost universally thought the numbers would be lower. Not only was the sign-up period reduced by half, but the Trump administration also dramatically cut funding for advertising and enrollment aid. Republicans in Congress spent much of the year trying to repeal and replace the law, while Trump repeatedly declared the health law dead, leading to widespread confusion.

On the other hand, a Trump decision aimed at hurting the exchanges may have backfired. When he canceled federal subsidies to help insurers offer discounts to their lowest-income customers, it produced some surprising bargains for those who qualify for federal premium help. That may have boosted enrollment.

"Enrollment defied expectations and the Trump administration's efforts to undermine it," says Lori Lodes, a former Obama administration health official who joined with other Obama alumni to try to promote enrollment in the absence of federal outreach efforts. "The demand for affordable coverage speaks volumes — proving yet again the staying power of the marketplaces."

"The ACA is not repealed and not going away," tweeted Andy Slavitt, who oversaw the ACA under President Barack Obama.

The tax bill passed by Congress this week repeals the fines for those who fail to obtain health coverage, but those fines do not go away until 2019. Still, that has added to the confusion surrounding 2018 coverage.

And it remains unclear whether Congress will make another attempt to repeal the law in 2018.

"I think we'll probably move on to other issues," Senate Majority Leader Mitch McConnell, R-Ky., said in an interview Thursday with NPR.