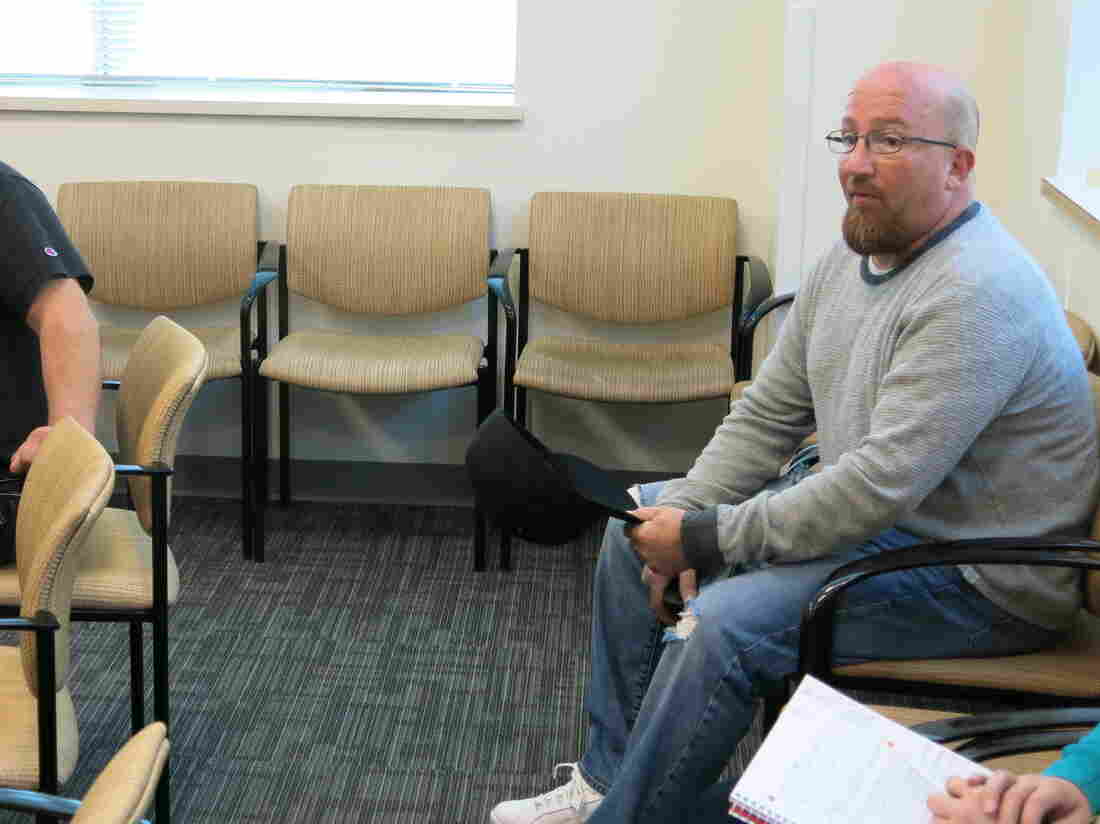 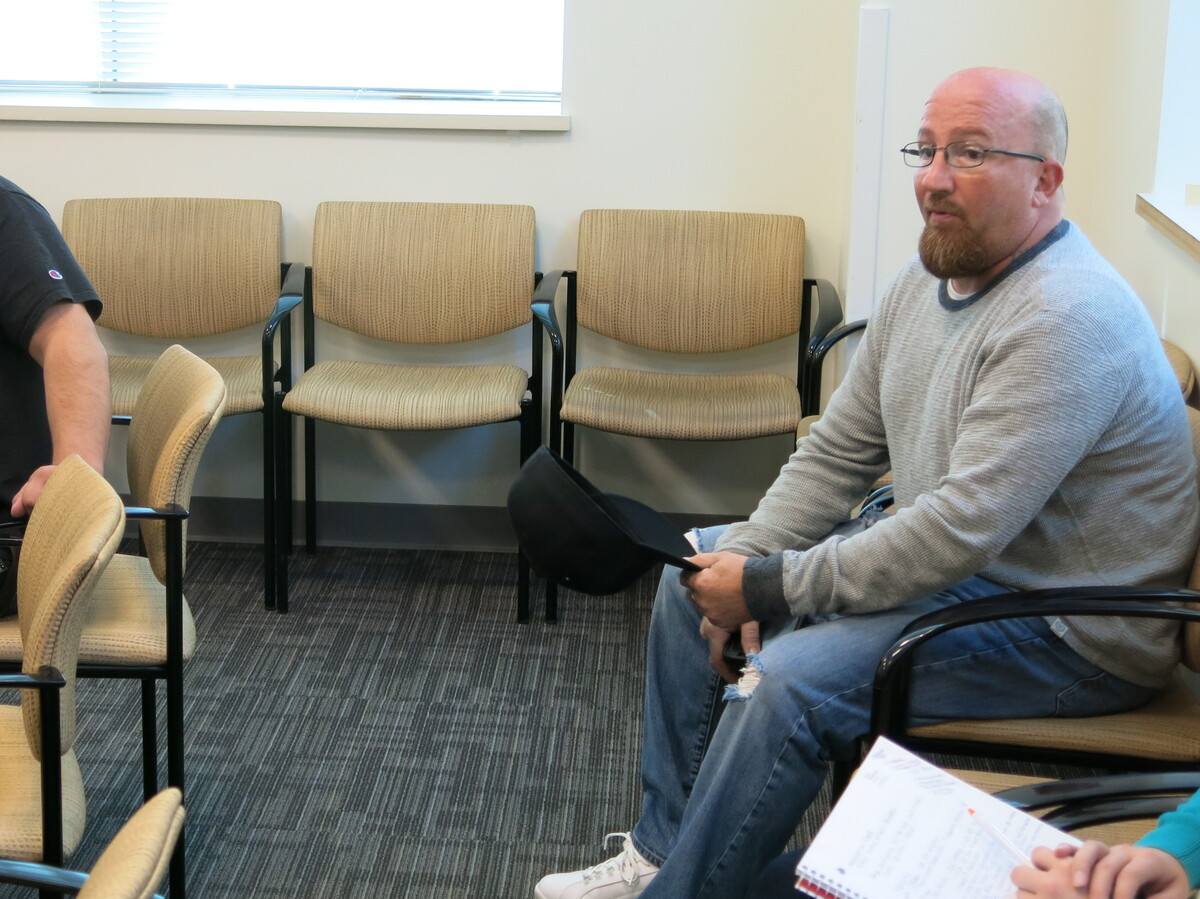 Robert Kerley is recovering from an opioid addiction with help from Kaiser Permanente's pain management program in Colorado.

Seven years ago, Robert Kerley, who makes his living as a truck driver, was loading drywall onto his trailer when a gust of wind knocked him off. He fell 14 feet and hurt his back.

For pain, a series of doctors prescribed him a variety of opioids: Vicodin, Percocet and Oxycontin.

In less than a year, the 45-year-old from Federal Heights, Colo., says he was hooked. "I spent most of my time high, lying on the couch, not doing nothing, sleeping, dozing off, falling asleep everywhere," he says.

Kerley lost weight. He lost his job. His relationships with his wife and kids suffered. He remembers when he hit rock bottom. One night hanging out in a friend's basement, he drank three beers and the alcohol reacted with an opioid in his system.

"I was taking so much morphine that I respiratory arrested because of it," Kerley says. "I stopped breathing."

An ambulance arrived, and EMTs administered the overdose reversal drug naloxone. Kerley was later hospitalized. As the father of a 12-year-old son, he knew he needed to turn things around. That's when he signed up for Kaiser Permanente's Integrated Pain Service.

The program he refers to is an eight-week course, available to Kaiser Permanente members in Colorado for $100. It's designed to educate high-risk opioid patients about pain management.

A recent class met at Kaiser's Rock Creek medical offices in Lafayette, Colo., a town east of Boulder. Will Gersch, a clinical pharmacy specialist, was teaching several students battling addiction about the science behind prescription drugs. "So basically the overarching message here is: The higher the dose of the opioids, the higher the risk," he tells the group as he jots numbers on a whiteboard. 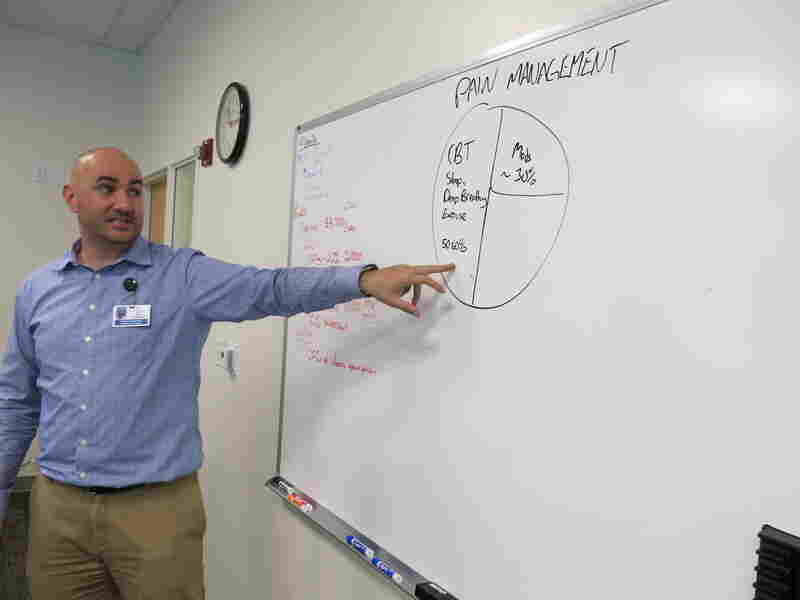 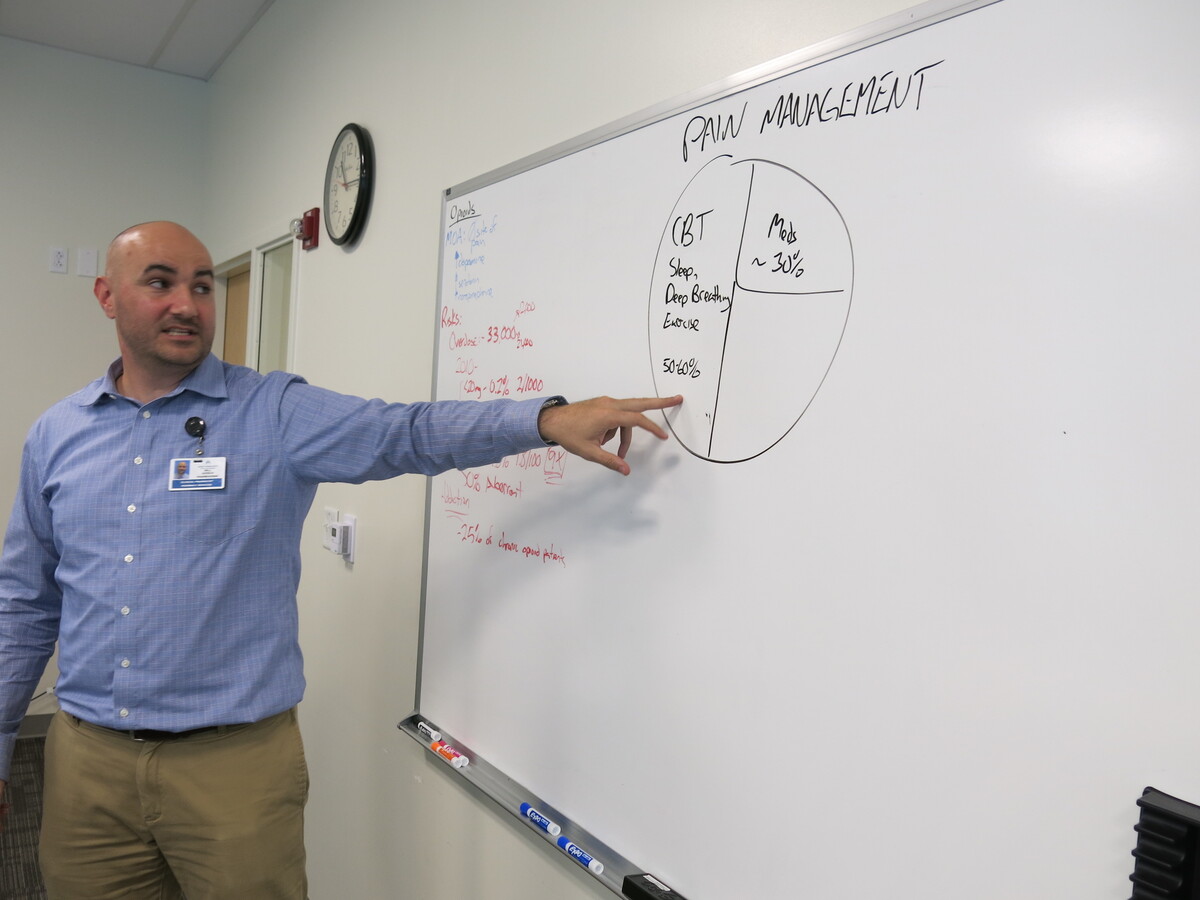 Will Gersch teaches a class as part of a Colorado Kaiser Permanente pain management clinic.

Upstairs, his colleague Amanda Bye, a clinical psychologist, highlights a key element of the program: It's integrated. For patient care, there's a doctor, a clinical pharmacist, two mental health therapists, a physical therapist, and a nurse all on one floor.

Patients can meet with this team, either all at once or in groups. They don't have to deal with a series of referrals and making appointments with doctors in different facilities.

And it seems to be working. Kaiser researchers tracked more than 80 patients over the course of a year and found the group's ER visits decreased 25 percent. Inpatient admissions dropped 40 percent and patients' opioid use went way down.

"We brought in all these specialists. We all know the up-to-date research of what's most effective in helping to manage pain," Bye says. "And that's how the program got started."

Bye says the team helps patients use alternatives to drugs like exercise, meditation, acupuncture and mindfulness. Still, some patients do need to go to the chemical dependency unit for medication-assisted treatment. 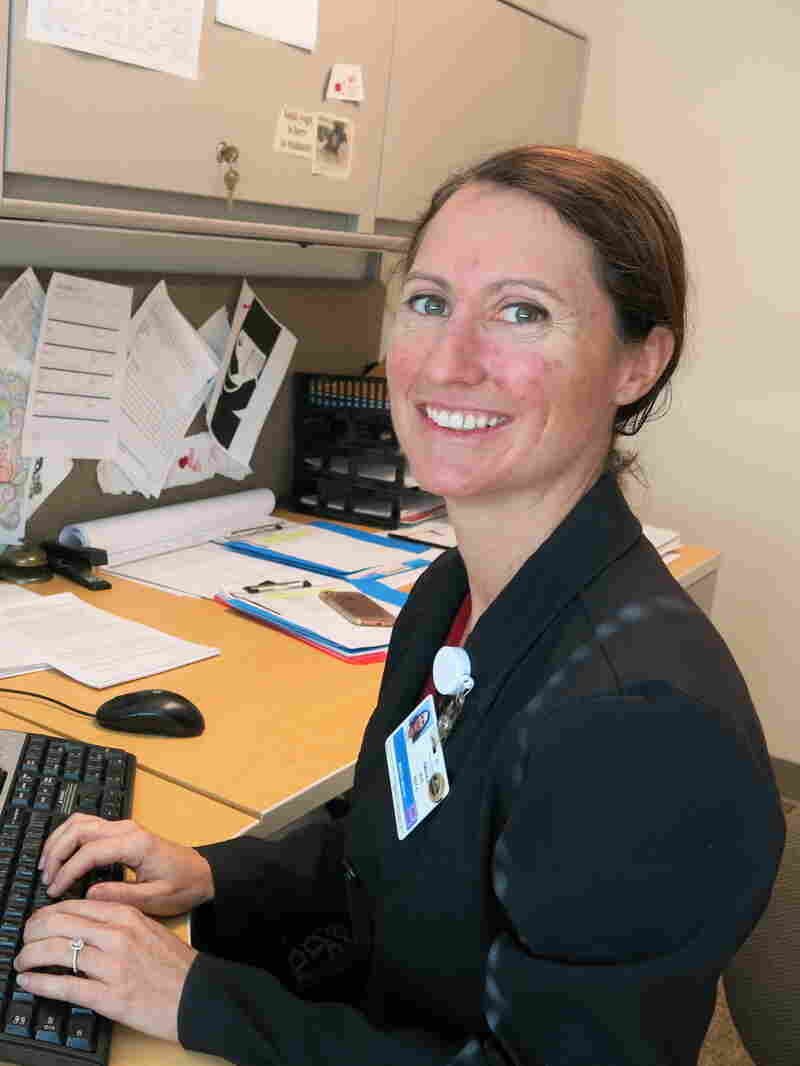 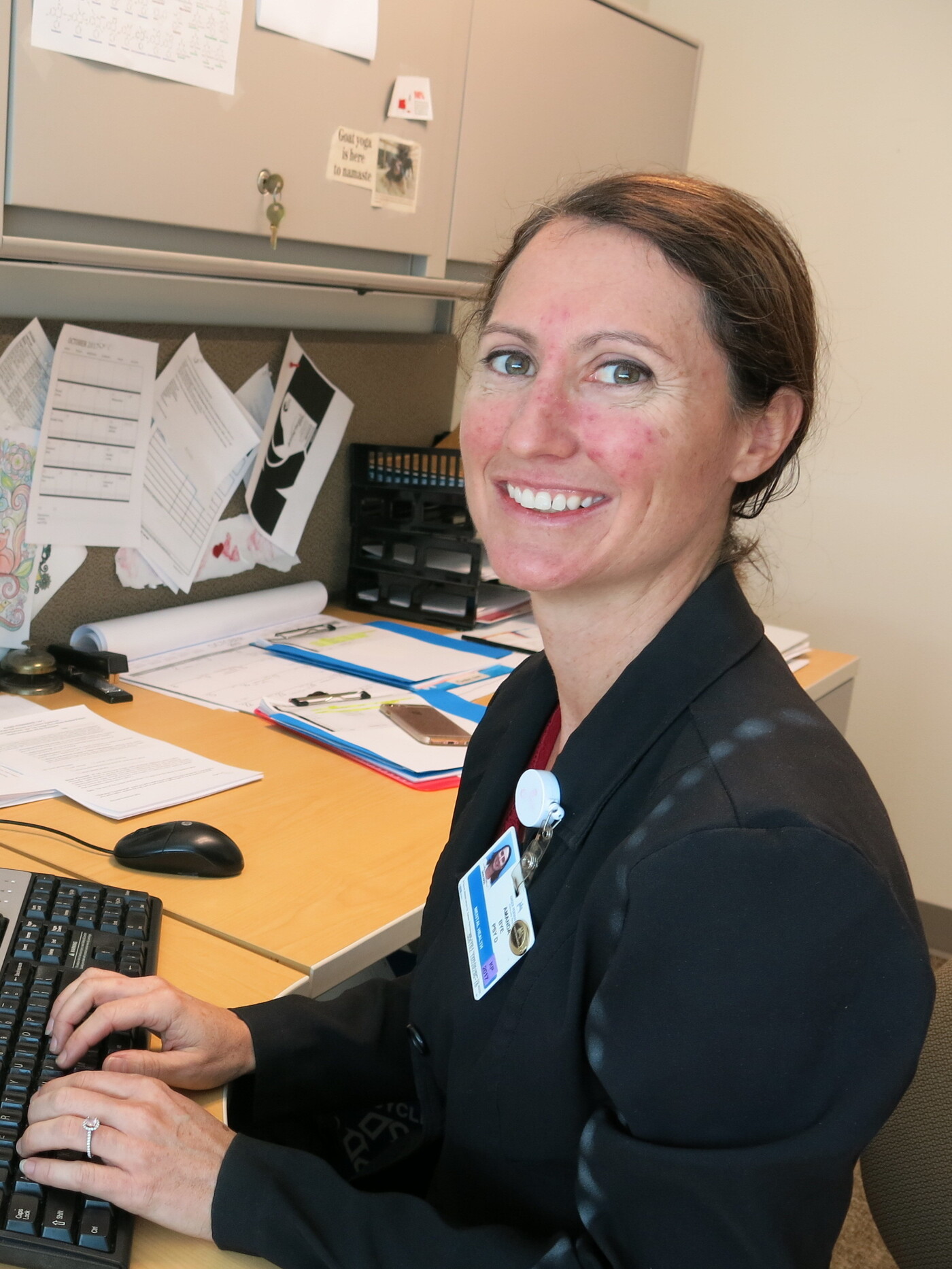 Amanda Bye, a clinical psychologist, works as part of an integrated medical team to treat people with chronic pain at Kaiser Permanente.

Benjamin Miller is an expert on integrated care with the national foundation Well Being Trust. He says Kaiser is on the right track.

"The future of health care is integrated and unfortunately, our history is very fragmented and we're just now catching up to developing a system of care that meets the needs of people," he says.

Similar projects in California showed a reduction in the number of prescriptions and pills per patient, says Dr. Kelly Pfeifer, director of high-value care at the California Health Care Foundation. Her group released case studies of three state programs similar to Kaiser's in Colorado.

But it can be difficult to implement universally. One challenge is scale. Big systems like Kaiser have ample resources and can afford to run programs like this. Another is payment. Some insurers won't pay for alternative treatments; others have separate payment streams for different kinds of care.

The need for programs like Kaiser's is urgent. In 2016, a record 912 people died from overdoses in Colorado, according to data recently released by the state health department. Three hundred of those people died from an opioid overdose. Opioid use often leads to an addiction to heroin, which claimed another 228 lives last year. Those two causes together now rival the number of deaths from diabetes, car accidents or chronic liver disease.

Kaiser Permanente's Integrated Pain Service has given some patients a second chance. Robert Kerley, now a veteran of the program, recently shared his story with other patients. "I got my life back. I can sleep. I can eat. I can enjoy things," Kerley told them.

To cope with pain, Kerley starts his morning with stretching and a version of tai-chi that he calls "my-chi." He practices deep breathing. His advice to others suffering from pain or addiction?

"Do whatever it takes to walk away from it, like no matter what," Kerley says. "Trust me, it gets better. It gets 100 percent better than where you're at right now."

Better for Kerley means his relationships with his family have improved. And he's back at work, once again able to make a living as a truck driver.

This story is part of a reporting partnership with NPR, Colorado Public Radio and Kaiser Health News, which is not affiliated with Kaiser Permanente.