Accessibility links
Retired Doctor Rejoins The Fight To Cure Hepatitis C : Shots - Health News Treatment for hepatitis C has improved dramatically in the last decade — so much so that it drew one doctor out of retirement to help make sure more low-income patients are cured. 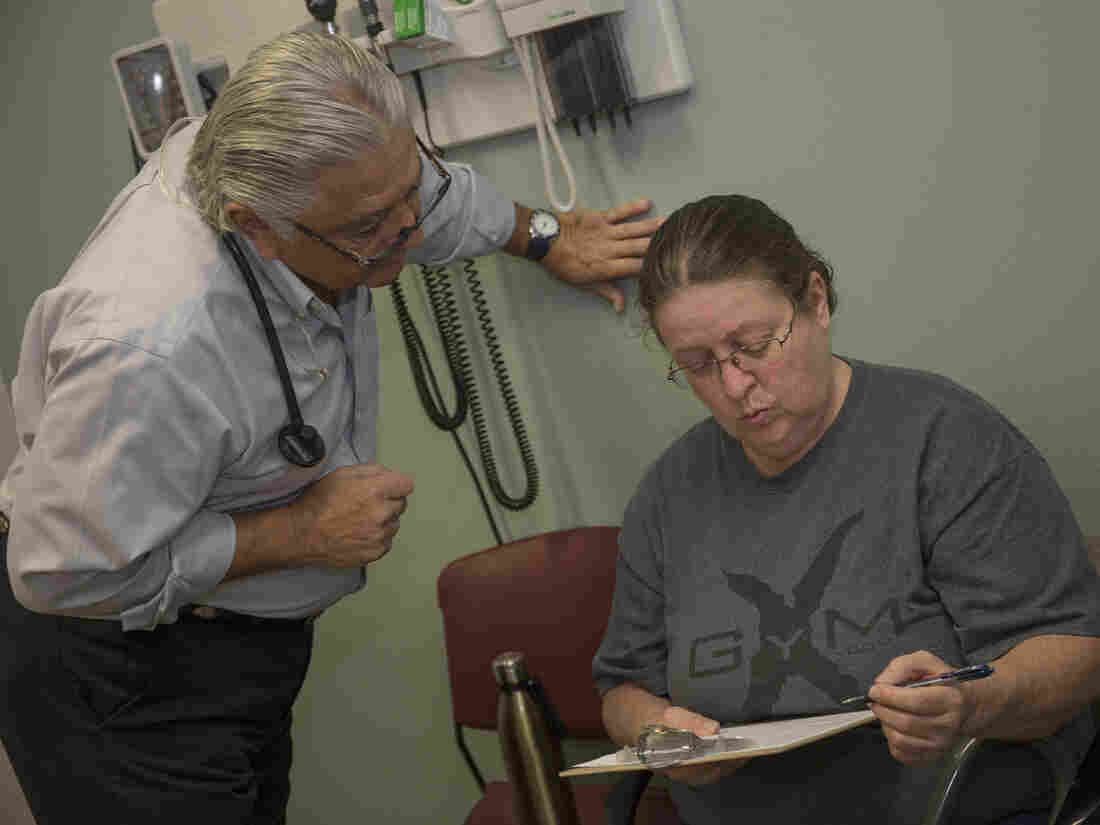 Dr. Ronald Cirillo helps Deborah Hatfield fill out paperwork at a Florida clinic, before running a test to see whether she has hepatitis C. Daylina Miller/Health News Florida hide caption 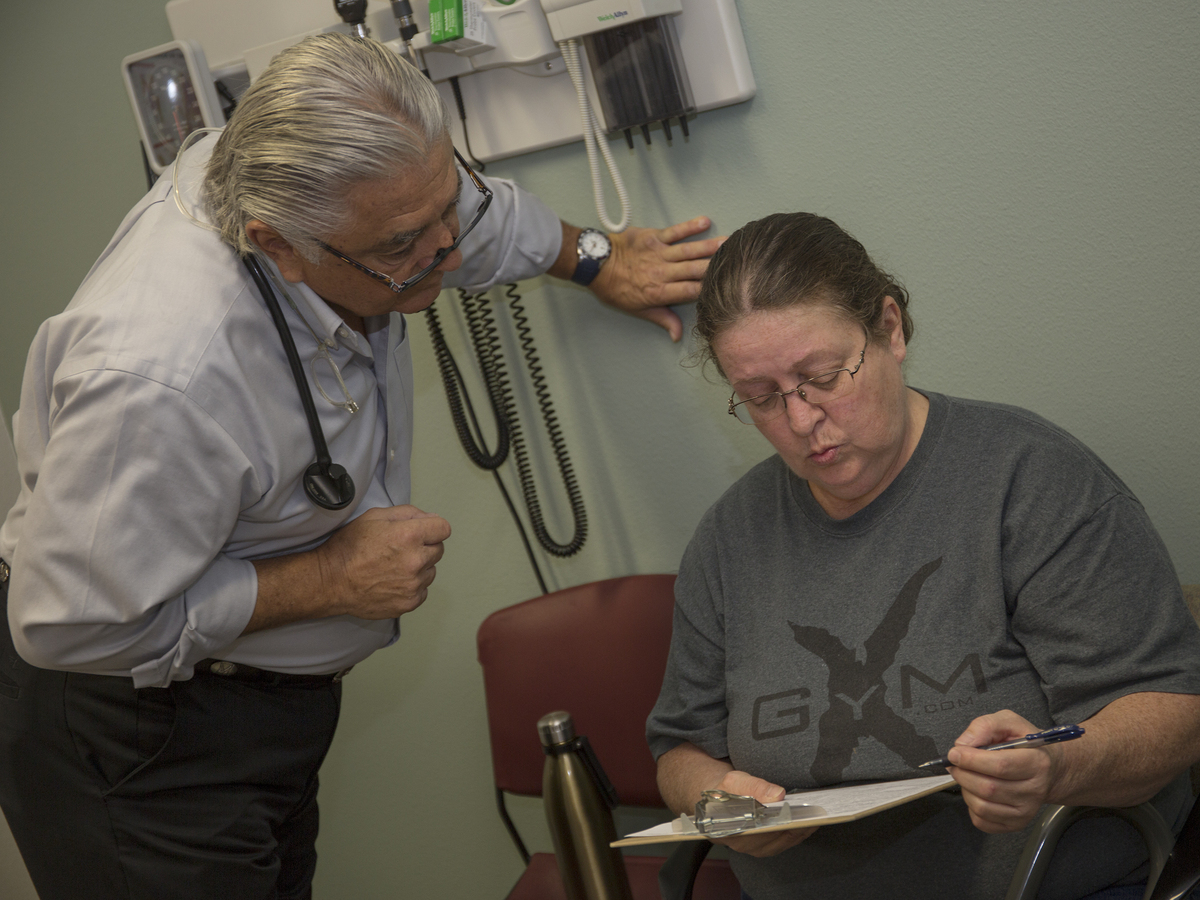 Dr. Ronald Cirillo helps Deborah Hatfield fill out paperwork at a Florida clinic, before running a test to see whether she has hepatitis C.

When a hepatitis C treatment called Harvoni was released in 2014, Dr. Ronald Cirillo knew it was big.

"It's the reason that dragged me out of retirement!" he says.

Cirillo specialized in treating hepatitis C for more than 30 years in Stamford, Conn., before retiring to Bradenton, Fla. During his time in Connecticut, the only available treatment for hepatitis C had terrible side effects and it didn't work very well. It cured the viral infection less than half the time. But the newer drugs Harvoni and Solvaldi cure almost everybody, with few adverse reactions.

"In my lifetime I've seen it change from a horrible treatment to a manageable treatment," Cirillo says.

His mission is finding the patients.

"The disease is out there," he says. "My job is to get the disease in here so we can follow them and treat them."

Cirillo joined the Turning Points free clinic last year. It's in Bradenton, about an hour south of Tampa. The clinic primarily serves uninsured Floridians who fall into what many refer to as a coverage gap in states like Florida that chose not to expand Medicaid. Falling into this gap are people who make too much money to qualify for Medicaid in the non-expansion state, but can't get subsidies to buy insurance on the Affordable Care Act exchanges; subsidies kick in when people make 100 percent of the poverty level — about $12,000.

Cirillo is trying to test every high-risk patient he encounters. Today, his assistant pricks a patient's finger, and squeezes blood onto the end of a small plastic tube.

"And this little measuring tool goes into the blood and solution mix there," Cirillo says. "We are going to time it — 20 minutes and that's it. That's the test."

Nearly 30,000 people in Florida were found to have hepatitis C in 2016. It's likely that many more are infected, because the virus can lie dormant for decades.

Cirillo spearheaded a partnership with Harvoni's maker, Gilead Sciences, and that partnership has provided treatment to about 100 patients.

"We treat people without any insurance, that have no hope," Cirillo says."If you qualify to be a patient here, you'll get tested."

A 57-year-old patient named Patricia discovered she had hepatitis C a few months ago during a trip to the clinic. NPR is not using her last name because the virus is sometimes associated with illegal IV drug use. It can also spread via sex. Patricia says she's not sure how she got it.

"So, just because of my age, I guess, they went ahead and tested me for it and it blew my mind that I actually had hep C," she says. "And the levels ended up being really high."

The virus had started to scar and inflame her liver. But she lacked insurance and a job; the $94,000 Harvoni treatment would have been out of reach if she hadn't had financial help.

"I would never been able to afford that treatment," she says. "Never."

Staff at the clinic help patients fill out the complicated application from Gilead. Only patients who don't have insurance, have been drug-free for at least six months, and who meet income requirements are eligible.

Patricia was able to get the treatment — one pill a day for 12 weeks — and will be tested again in three months to determine whether she is free from hepatitis C.

"Had they not discovered it, really, and gotten me onto the program — who knows?" she says.

The Bradenton clinic is just one of many free clinics across Florida. But it stands out in its success in treating people who have hepatitis C.

This story was produced with the USC Center For Health Journalism's National Fellowship and Kaiser Health News.