Accessibility links
'Much Better Treatment' For Alzheimer's Is 10 Years Away, Scientist Predicts : Shots - Health News "Just the last few years alone have seen some serious breakthroughs in Alzheimer's research," Joseph Jebelli says. His new book is The Pursuit of Memory. 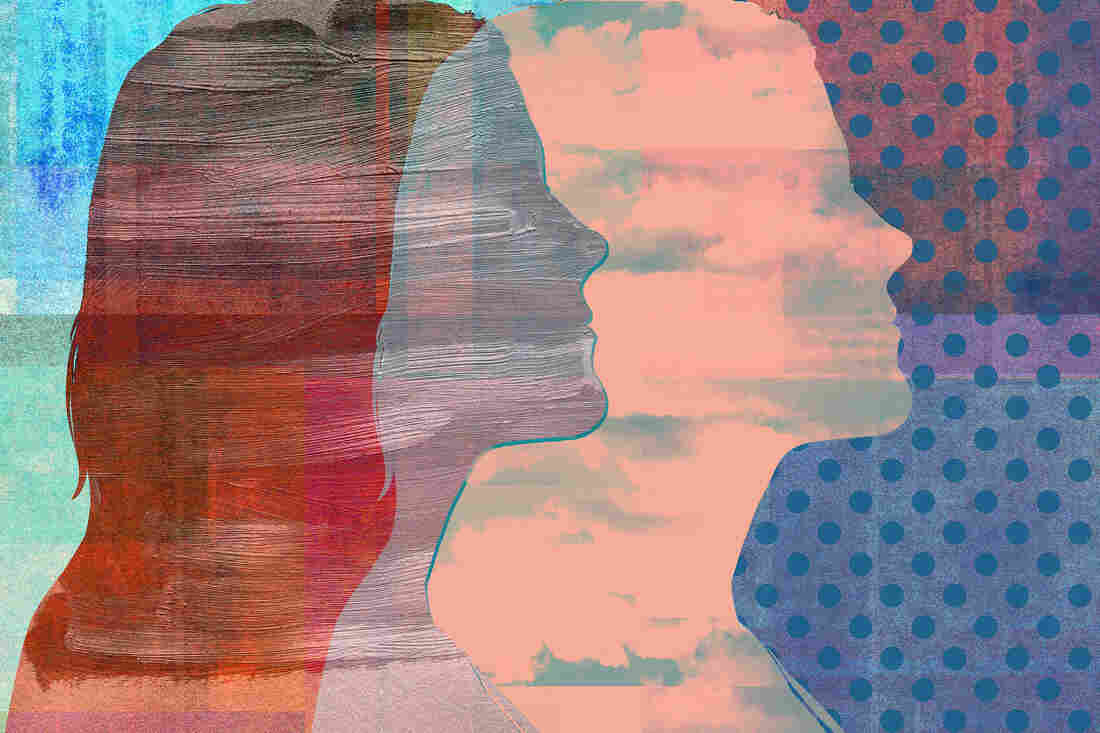 Neuroscientist Joseph Jebelli says that while a certain amount of memory loss is a natural part of aging, what Alzheimer's patients experience is different. Roy Scott/Ikon Images/Getty Images hide caption 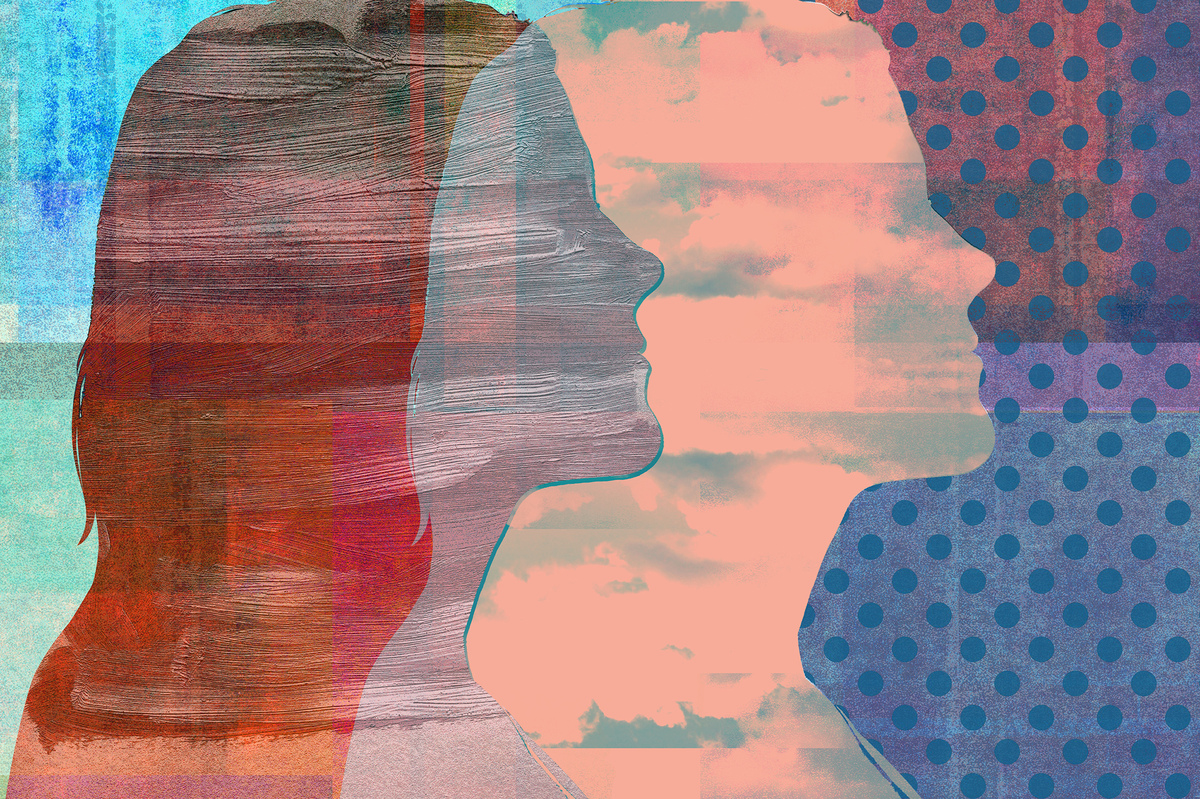 Neuroscientist Joseph Jebelli says that while a certain amount of memory loss is a natural part of aging, what Alzheimer's patients experience is different.

British neuroscientist Joseph Jebelli first set out to study Alzheimer's because of his grandfather, who developed the disease when Jebelli was 12.

In the years that followed, Jebelli watched as his grandfather's memory started to disappear. But Jebelli points out that although a certain amount of memory loss is a natural part of aging, what happened to his grandfather and to other Alzheimer's patients is different.

"Losing your keys, forgetting where you put your glasses, is completely normal," he says. "But when you find your glasses and your keys and you think, 'What are these for?' — that's a sign that there's something else going on, that it's not just a memory loss."

To Help Others, One Couple Talks About Life With Early-Onset Alzheimer's

Though there is no cure for Alzheimer's disease, Jebelli is optimistic about current research involving neural stem cells and cell regeneration.

"Just the last few years alone have seen some serious breakthroughs in Alzheimer's research," he says. "Ten years should be enough time for us to develop, if not a cure, certainly a much better treatment than what we have at the moment."

Jebelli's new book is In Pursuit of Memory: The Fight Against Alzheimer's. 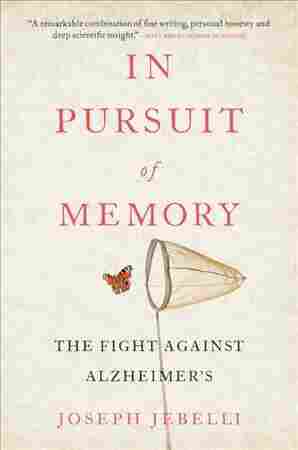 In Pursuit of Memory

The Fight Against Alzheimer's

On how the brain changes with age

Actually, you keep a lot of the brain cells that you have throughout your life, it's just that the brain cells shrivel up, they get a bit smaller; the contacts between each brain cell reduce in number and so they just function a bit more slowly. And that's why, as you get older, you do have problems with just day-to-day tasks and everyday remembering.

But suddenly not being able to understand what keys are for and what glasses are for is a sign that there's a deep underlying confusion that's setting in. And it's when you have that confusion — that is a sign that it's something a bit more malign than just normal, everyday forgetting.

On the first symptoms of Alzheimer's disease

The first symptoms of Alzheimer's are usually mild forgetting, confusion with day-to-day tasks — things like paying the bills, stocking the fridge and a sort of mild confusion. So they're quite subtle. They're the sort of things that people do just experience in normal, healthy aging and they're quite difficult to detect.

That's actually been a big problem in the field; because lots of the old drug trials have failed because — we think — that actually many of the people in the drug trials didn't have Alzheimer's disease. They just had sort of a normal, healthy forgetting. So the early signs are quite mild. It's when it goes to the moderate- to the late-stage symptoms that you really start to see the true face and character of Alzheimer's disease.

The brain is essentially under attack by the presence of these toxic proteins. And we know that also once Alzheimer's starts, the immune system kicks in. When the immune system kicks in, you get ... inflammation, which actually makes the whole process much worse in many ways. And so the brain cells are sort of struggling to stay alive. The immune system, to begin with we think, tries to heal the brain — tries to remedy the situation and clear away the plaques and tangles. But for whatever reason it seems to fail.

So it very much can be seen as an attack in the sense that there are these bizarre buildups of these strange proteins that seem to be damaging brain cells to a massive degree.

On the current medication for Alzheimer's disease

The current medication for Alzheimer's disease is approved, essentially, because it's better than nothing. There's nothing else at the moment. ... These drugs were pioneered in the '70s and '80s and they treat the symptoms, as opposed to the underlying biology. And we found that in about 60 percent of patients these drugs will delay the symptoms by about six months to a year. And that is certainly better than nothing. It's certainly good enough for them to be approved and for patients to be taking them; and many of the patients I interviewed for the book said that actually they do feel much better taking these drugs. ... But six months to a year is just simply not good enough.

Inside Alzheimer's: A Series On Living With The Disease

On the importance of sleep

We know that sleep has hugely beneficial effects for the brain. When you sleep your brain essentially cleans itself — it uses cerebral spinal fluid to pump away the plaques and tangles that we think cause the disease. And so lots of research is now looking into ways of using sleep to treat Alzheimer's disease, and seeing if a certain level of sleep can somehow affect the symptoms or somehow slow the disease down.

On how research into neural stem cells may affect Alzheimer's treatment

There is a lot of really exciting research coming out now into neural stem cells that suggests that actually there are populations of cells in the brain that may provide regeneration, that may actually give birth to new neurons in the brain. And some scientists think that if we can figure out where these populations of neural stem cells are — and if we can figure out what the biochemical and genetic messages are that activate these cells — that we can develop a drug to switch those on, essentially, to allow the brain to heal itself. So it's a very exciting field at the moment, because a lot is happening.