Accessibility links
Brush With Death Leads Doctor To Focus On Patient Perspective : Shots - Health News As a patient, a critically ill doctor witnesses communication lapses, uncoordinated care and lack of empathy from her health care providers and vows to improve the patient experience for others.

Brush With Death Leads Doctor To Focus On Patient Perspective

Brush With Death Leads Doctor To Focus On Patient Perspective 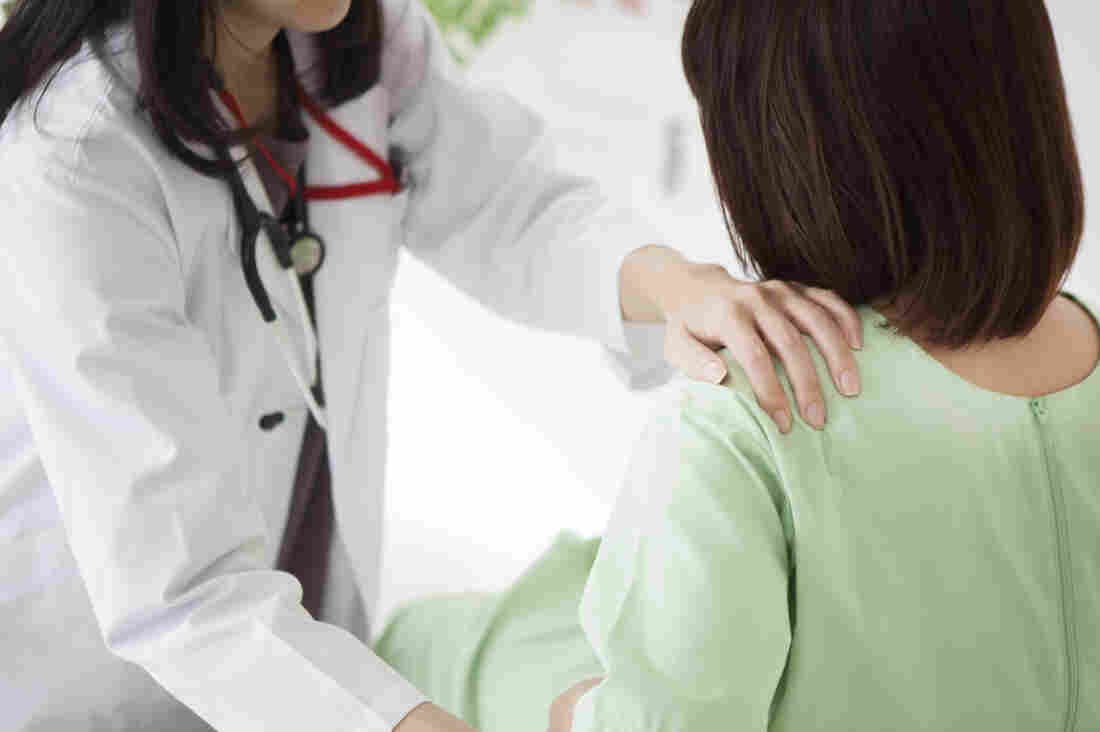 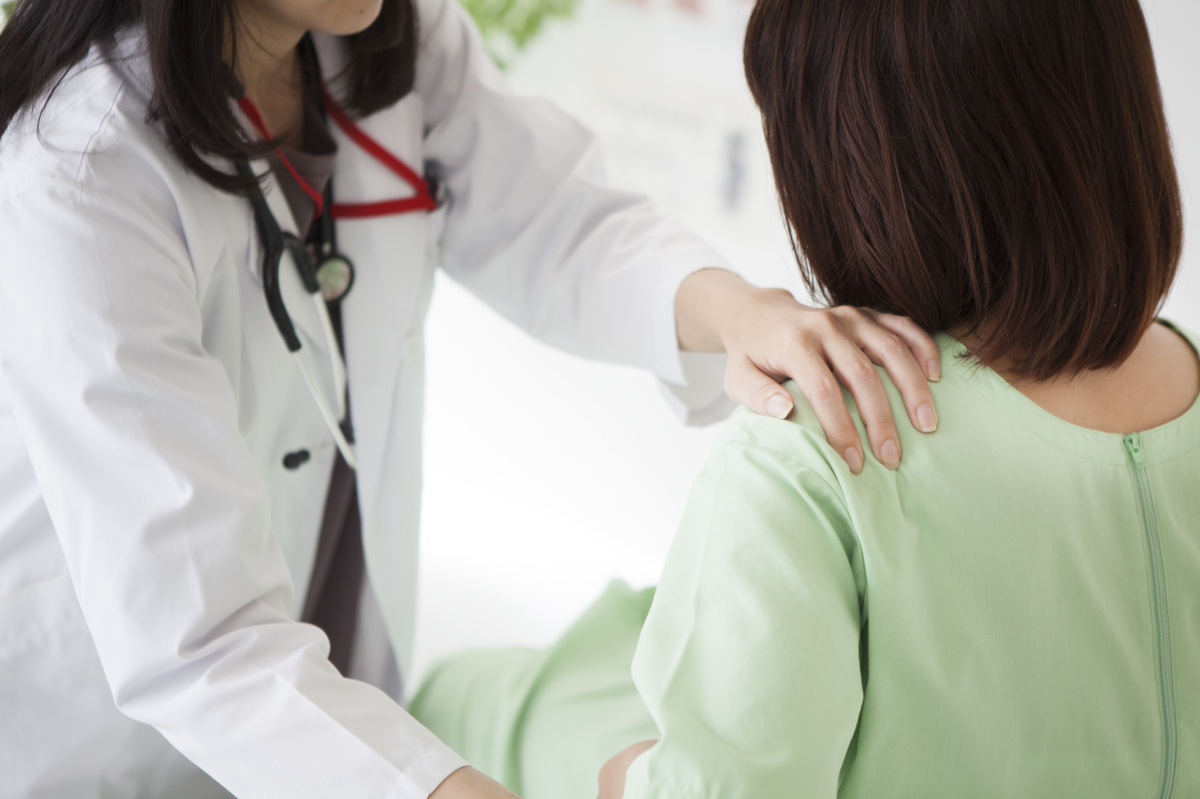 A doctor's nearly fatal medical event opened her eyes to communication lapses, uncoordinated care and at times a total lack of empathy in the health care system.

The searing abdominal pain came on suddenly while Dr. Rana Awdish was having dinner with a friend. Soon she was lying in the back seat of the car racing to Henry Ford Hospital in Detroit, where Awdish was completing a fellowship in critical care.

On that night nearly a decade ago, a benign tumor in Awdish's liver burst, causing a cascade of medical catastrophes that almost killed her. She nearly bled to death. She was seven months pregnant at the time, and the baby did not survive. She had a stroke and, over the days and weeks to come, suffered multiple organ failures. She required several surgeries and months of rehabilitation to learn to walk and speak again.

Helpless, lying on a gurney in the hospital's labor and delivery area that first night, Awdish willed the medical staff to see her as a person rather than an interesting case of what she termed "Abdominal Pain and Fetal Demise." But their medical training to remain clinically detached worked against her. Later, in the intensive care unit, she overheard her case being discussed by the surgical resident during morning rounds.

"She's been trying to die on us," he said. It made her angry, she says, because she was trying desperately not to die. "I felt he was positing me as an adversary. If my care team didn't believe in me, what possible hope did I have?"

Awdish survived and returned to her work at Henry Ford Hospital, but her perspective was indelibly altered. In her recently published book, In Shock, she describes her through-the-looking-glass experience as a critically ill patient. The ordeal opened her eyes to communication lapses, uncoordinated care and at times a total lack of empathy at an institution that says on its home page that health care there "should be built around just one person: you."

Advice From Patients On A Study's Design Makes For Better Science

The health system has embraced many of her suggestions for change.

Today, she splits her time working as a critical care physician and as the medical director of care experience for the Henry Ford Health System. In the past five years, she and three colleagues have developed a program called Clear Conversations to improve empathy and communication with patients. At retreats that typically last two days, Henry Ford Hospital staff practice having difficult conversations with improvisational actors who play their patients. The program also trains providers in fundamental patient communications skills and offers real-time physician "shadowing" to provide feedback. 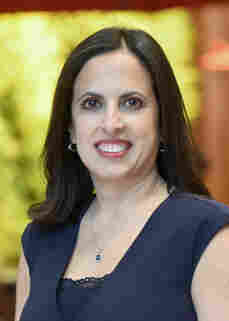 "To listen to our patients with a generous ear does require a willingness to relinquish control of the narrative," Dr. Rana Awdish says in her book. Courtesy of Henry Ford Health System hide caption

Awdish regularly speaks about her work around the country at conferences and medical schools, "trying to capture the students a bit upstream," she says.

"To listen to our patients with a generous ear does require a willingness to relinquish control of the narrative," she says in her book. "Our questions allow for the possibility that we do not already know the answers. By not dominating the flow of information, we allow the actual history to emerge."

Awdish spoke with me recently about her book. The following interview has been edited for length and clarity.

What about being a patient surprised you?

What surprised me the most about being a critically ill patient was how much what I needed as a patient was different than what as a physician I would have thought I needed. As a physician, I was truly focused on trying to provide the best medical care possible. I thought that meant trying to treat people and bring them back to health as fast as possible, not staying in emotional spaces.

As a patient, I realized that someone could treat me but if I didn't feel they really saw me, that somehow I didn't feel healed. That emotional space is really where healing occurs.

Through the Clear Conversations program, you're trying to address the lack of effective communication and empathy you experienced as a patient. Did it help or hinder you that you were bringing this idea to your own hospital?

What helped me in my patient experience was that as much as I saw what was missing, I also saw myself in every failure. And it was very clear that as a physician I was a product of my training. We all are. That removed much of the shame. That very much helped.

Though I believed we were doing this for the patients, what was shocking for me was how valuable the physicians found the training. As physician and author Atul Gawande said, "We all need a coach." Once we go into practice, where do you go for guidance?

Do the changes really "take" after a two-day workshop?

By immersing departments, by training not only senior staff physicians in how to have these conversations with patients but also their fellows and residents, we gain traction. Because if residents don't see the communication tools valued by their mentors, they won't value it. And everyone holds each other accountable. Everyone's ears are attuned to the same thing. It does start to create change in the sense that expectations have changed for everybody.

How is insurance a barrier to change?

The system is not set up to facilitate conversation, to facilitate time spent with patients. It doesn't facilitate things that are of value. The need to see patients so often to keep up productivity, and the limitations on time because we're so caught up in electronic medical record charting — all those things pull you away from patients. It's up to physicians to keep that space sacred against the competing priorities.

Is there anything that patients can do to help connect with a physician?

What I most wish people knew is that while the system is broken, the people are good. The system actually obstructs things like communication and access. So it's up to us to figure out the best way to communicate on a one-on-one basis and create that sacred space between ourselves.