Accessibility links
Guide To Meditation Has Tips For Skeptics : Shots - Health News Trying to reduce anxiety and stress in 2018? If the idea of meditation makes you want to toss your coffee cup across the room, ABC News anchor Dan Harris offers some advice in his new book. 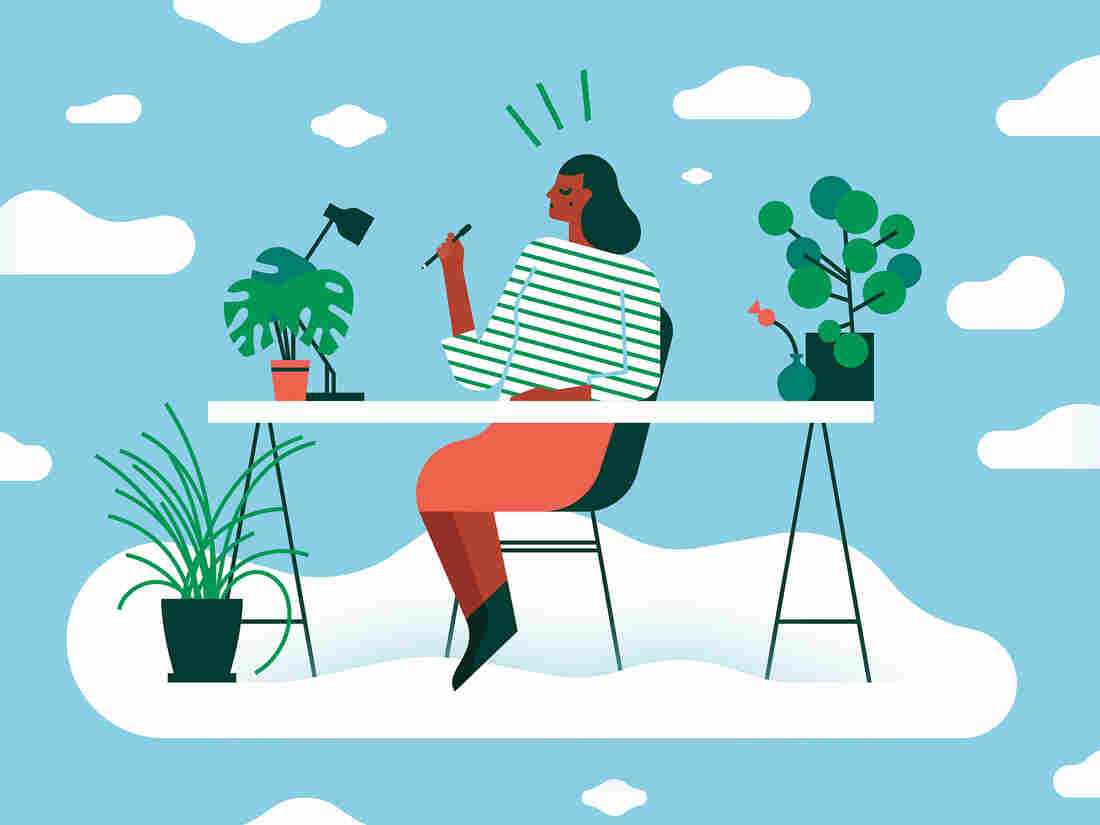 Even one minute of "daily-ish" meditation can make a difference in reducing stress, according to Dan Harris, the author of Meditation For Fidgety Skeptics. Jamie Jones/Ikon Images/Getty Images hide caption 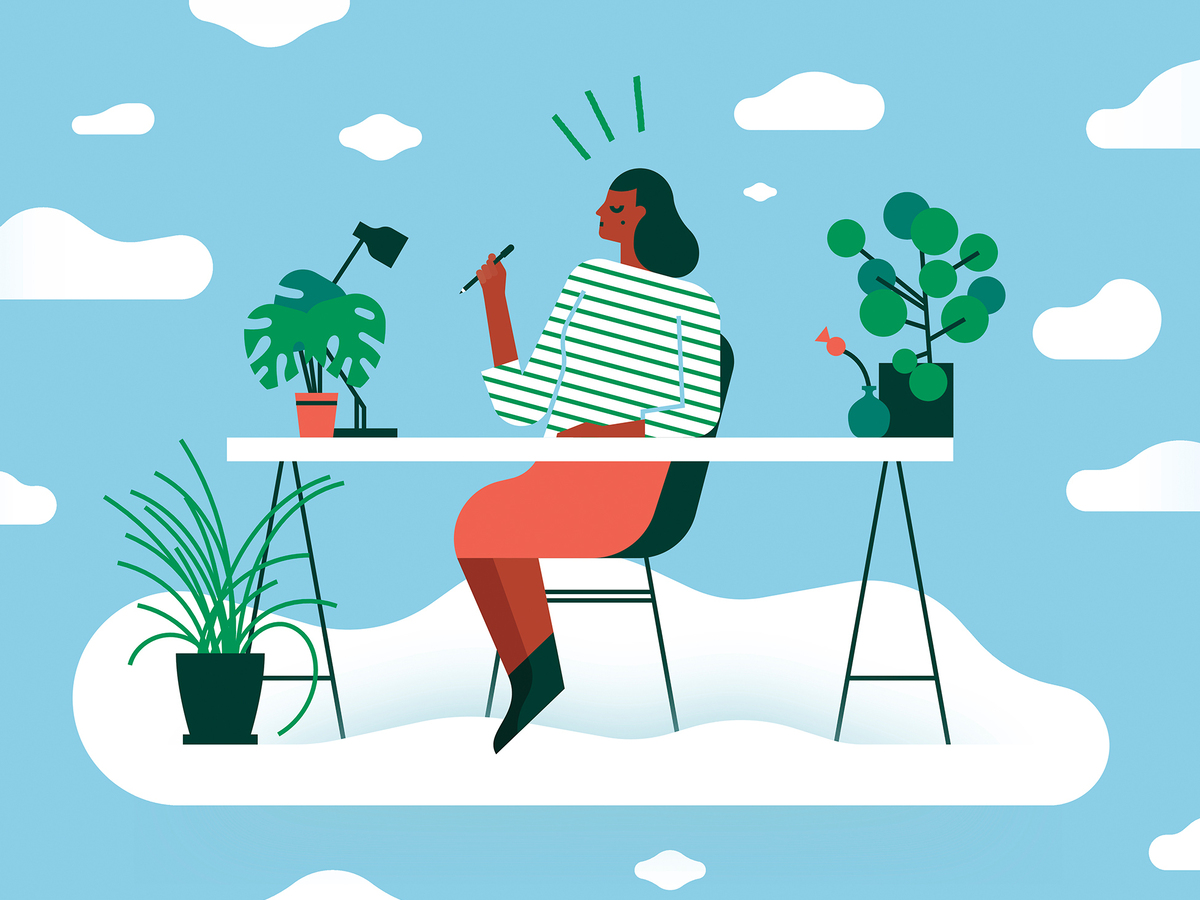 Even one minute of "daily-ish" meditation can make a difference in reducing stress, according to Dan Harris, the author of Meditation For Fidgety Skeptics.

Imagine having one of the worst days of your professional life play out in front of 5 million people.

ABC News anchor Dan Harris doesn't have to. In 2004, he had a panic attack on live TV after years of working in war zones and using drugs to cope with the stress. But that mortifying moment led him to take up meditation.

He wrote a book about it, 10% Happier: How I Tamed The Voice In My Head, Reduced Stress Without Losing My Edge, And Found Self-Help That Actually Works — A True Story. And in that book, he mentioned research that suggests meditation can lower blood pressure, help with depression and increase awareness. The book sold well, but Harris still thought its impact fell short.

"In that first book I made this naive assumption that — I didn't think anybody would read it — but anybody who did read it would want to meditate and would meditate," Harris says. "And it was pretty quickly after the book was out that I realized that that [was] not true. It's just complete underestimation of how hard it is for us to create healthy habits."

Harris' new book is called Meditation for Fidgety Skeptics. In it, he set out to discover why it's so tough to start and stick with the practice. 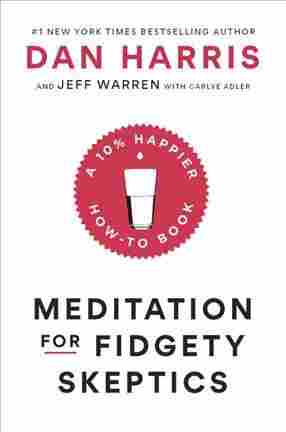 On finding time to maintain a meditation practice

People want to do meditation especially at this time of year — the whole "new year, new you" thing. But they feel like it's just another thing on their to-do list that is further stressing them out, which of course defeats the whole purpose.

My answer to this fear is I've got good news and even better news. The good news is that I think five to 10 minutes a day is a great meditation habit, and I've spent a lot of time talking to the neuroscientists who study what meditation does to the brain. They haven't cracked the dosage question fully, but generally speaking, [the scientists] say, "Yes — five to 10 minutes should be enough to derive the advertised benefits of meditation." So that's the good news. The better news is that I truly believe one minute counts and that it doesn't need to be one minute every day. You can shoot for daily-ish.

On the purpose of meditation for beginners

The primary insight for beginning meditators is that we are crazy, nuts, insane, that it is a zoo inside of our skulls. It is just that we are having this nonstop conversation with ourselves — about which, most of us are unaware. But when you tune into it, you see how negative, repetitive, ceaselessly self-referential it is. ... And when you see that — which you do clearly in meditation — that is a victory.

Why? Because when you see how absolutely bonkers you are, you have a much better chance of not being owned by the insanity. So that the voice in your head, which is in the business of giving you terrible ideas like, "Oh yeah you should finish that sleeve of Oreos" or "You should say the thing that's going to ruin the next 48 hours of your marriage," or whatever, that voice has less purchase over your actual actions.

There are lots of ways to increase your well-being, and meditation is one of them — but not the only one. That really hit home for me in spending time with these kids who are part of a group called InsideOUT Writers, which is run by screenwriters in Hollywood.

They teach formerly incarcerated youth and presently incarcerated youth how to write as a way to deal with their life situation. We spent some time with the alums of the program who regularly meet and write together, and talk about and read their writing to each other, and talk about what's in the writing. And what I saw is that they have a practice. They were open to meditation — and in fact, as I've heard from some of them subsequently, they are continuing to meditate. But there are all sorts of practices that have beneficial results, and for them the act of writing, the act of fellowship — sitting there and talking to each other — that boosts their self-awareness muscles and their compassion muscles every bit as much as meditation does.

And so it is so important when talking about well-being not to get stuck on one thing only. I think it's important to ... you know, use every arrow in the quiver and that includes sleep, nutrition, exercise, having good friends and meditation. I just think meditation needs to be in there as well.

Maddalena Richards and Ashley Brown produced and edited this interview for broadcast. Sydnee Monday and Deborah Franklin adapted it for the Web.