Accessibility links
It's Not Just A Cold, It's 'Sickness Behavior' : Shots - Health News Feeling grumpy and antisocial because you've got a cold? That's not just a random side effect. It's your body saying, "Hey, slow down and rest so you can get better." 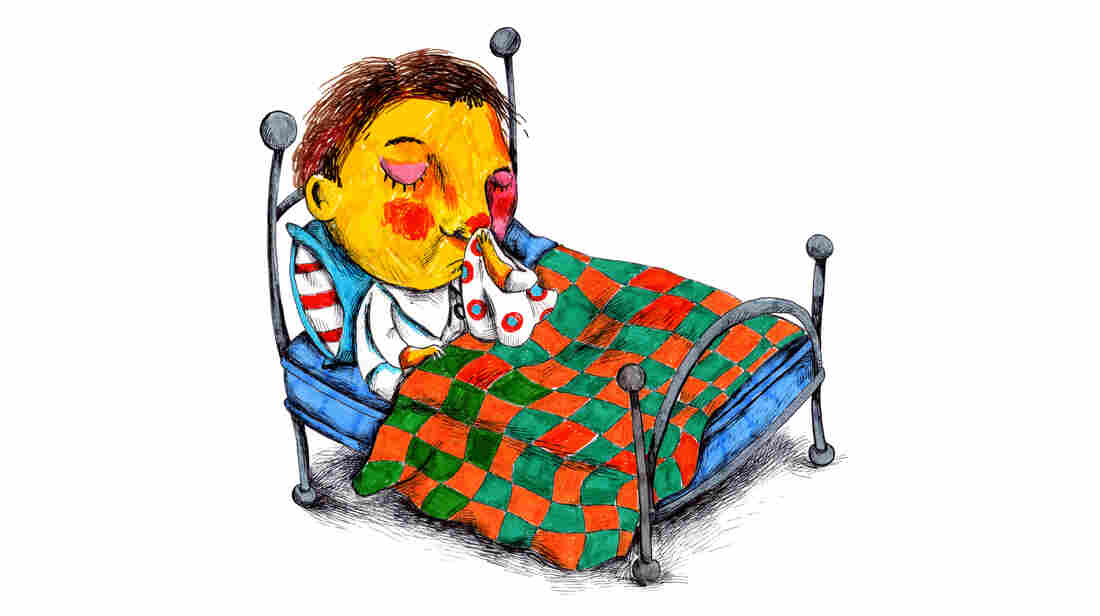 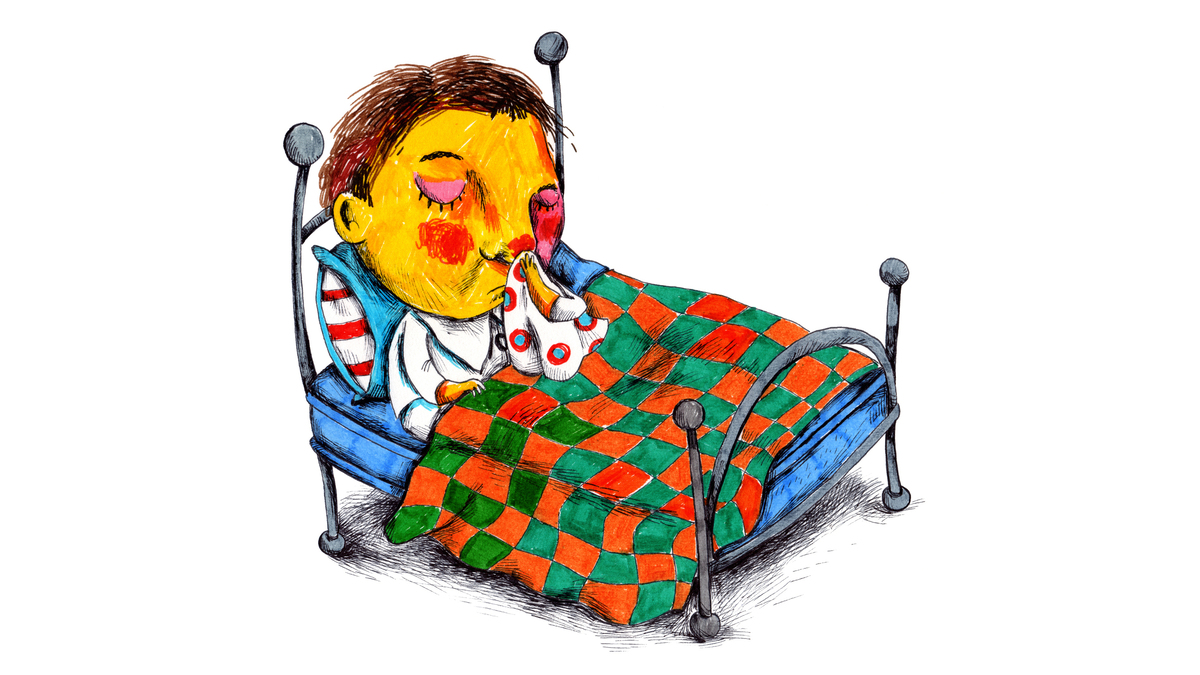 It's just a cold. But even though I know I'm not horribly ill, I feel this overwhelming need to skip work, ignore my family and retreat to the far corner of the sofa.

I'm not being a wimp, it turns out. Those feelings are a real thing called "sickness behavior," which is sparked by the body's response to infection. The same chemicals that tell the immune system to rush in and fend off invading viruses also tell us to slow down; skip the eating, drinking and sex; shun social interactions; and rest.

"Those messages are so powerful they can't be ignored," says Philip Chen, a rhinologist at the University of Texas Health Science Center at San Antonio. But that doesn't mean we don't try. Symptoms like a stuffy nose are obvious, Chen notes, but we're less aware that changes in mood and behavior are also part of our bodies' natural response to infection.

It might behoove us to pay attention. There is plenty of evidence that having a cold impairs mood, alertness and working memory and that brain performance falls off with even minor symptoms.

But for most people, having a cold does not equal "take the week off." And that means many people work sick, even when it can put others in danger.

A 2015 survey of food workers found that half "always" or "frequently" went to work while sick. And a survey of doctors and other health care providers at Children's Hospital of Philadelphia found that even though 95 percent of them thought showing up to work sick puts patients at risk, 83 percent of them did it anyway. Colds were the most common cause of working sick.

The vast majority of health care providers said they were worried about letting down colleagues or patients if they stayed home. Other reasons included fear of being ostracized by their peers or because other people showed up to work sick. "We all feel pressured to deny our own needs (often giving up meals, bathroom breaks, and yes, caring for our own illnesses) in order to meet the high pressure/high demand/productivity of the health care system," one doctor wrote.

And this is despite the fact that numerous outbreaks in health care facilities have been caused by infected workers.

More than half of the people in the Children's Hospital survey, which was published in JAMA Pediatrics in 2015, said they didn't know how sick is too sick to go to work. I share that confusion. Am I just grossing out my co-workers with my hacking and wheezing, or am I endangering their health? Schools and day care centers are also all over the map on this question, though pediatricians point out that most germs are spread before someone starts exhibiting symptoms and that the key question should be whether a child feels well enough to participate and learn.

Animals also exhibit sickness behavior; a pet that stops eating and becomes lethargic is almost certainly a sick pet. Scientists have come to think of this as not just an annoying side effect of illness but a well-evolved survival strategy: hide out, avoid predators and direct energy to fighting off infection. But it's also a strategy that animals will abandon when there is a more pressing need. One study found that sick rodent moms would neglect their pups until the temperature dropped to the point that the pups were imperiled, at which point they went back into mom mode.

"That makes evolutionary sense," says Eric Shattuck, a lecturer in evolutionary medicine and anthropology at the University of Texas, San Antonio. "Being sick is a temporary state. If you can afford to lose the opportunity to take care of your infants or lose a mating opportunity, then you can act on the sickness behavior cues without too much of a loss."

Why Oh Why Is There Phlegm?

Shattuck has been trying to figure out how people interpret the signals of sickness behavior and how we choose to act on them. It looks like the answer will be: not very well. When he asked students how they respond to feeling sick, "Some people are super-hypochondriac; the minute they're feeling a little under the weather, they're bundled up." But by and large, he says, people try to ignore the cues of sickness behavior unless they are so sick they can't get out of bed. "There's what I suspect is a very cultural pressure to perform and to perform well, especially for what we consider minor illnesses."

Even when our bodies are saying, "Hey listen, it would be really great if you would take a rest."