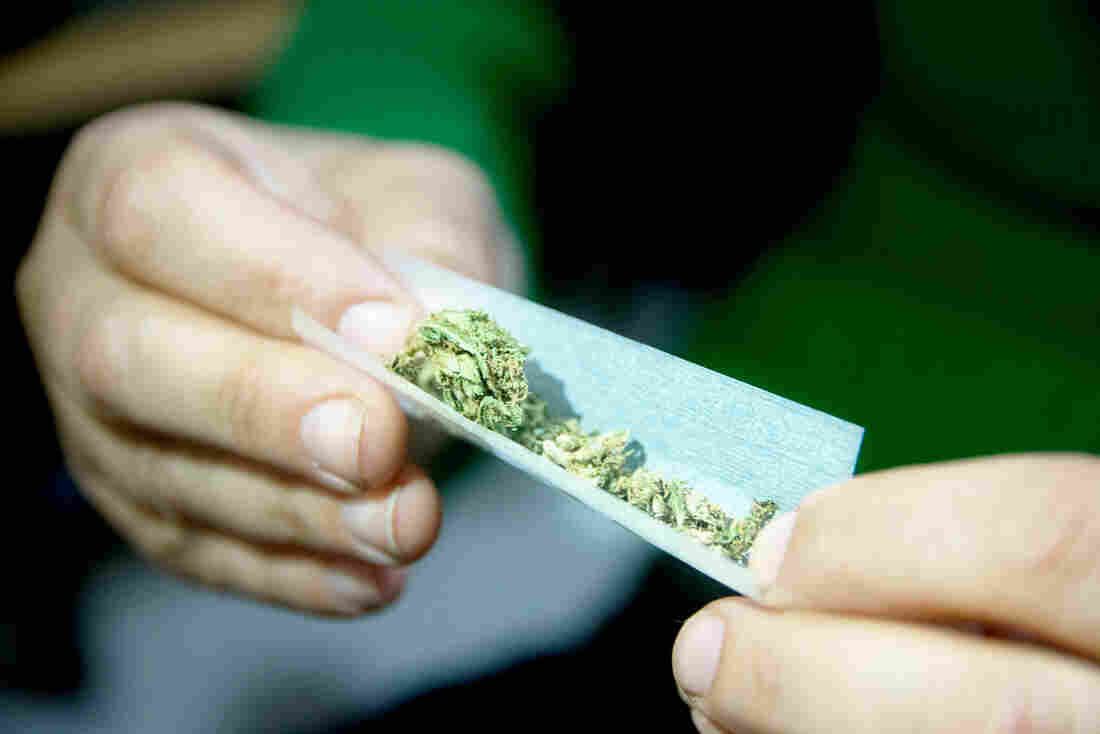 Even veterans who are using marijuana legally worry they might lose VA benefits if they tell their doctors. jopstock/Getty Images hide caption 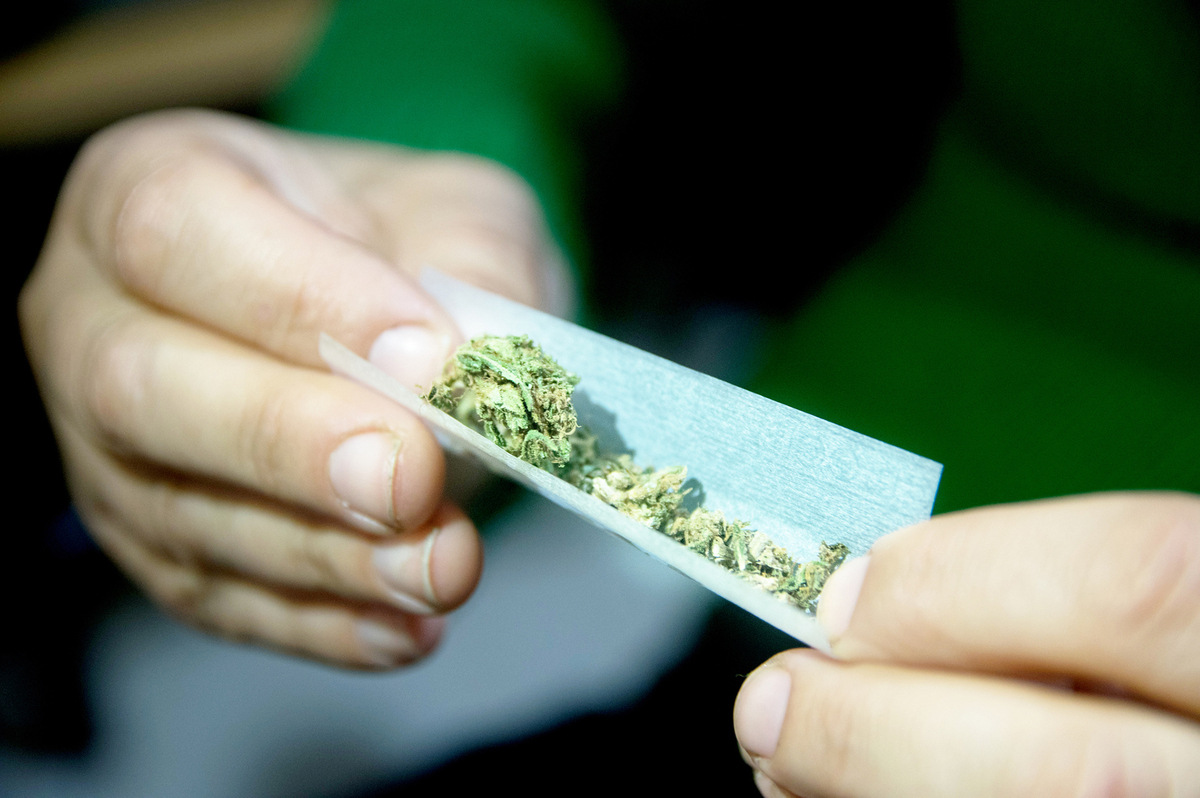 Even veterans who are using marijuana legally worry they might lose VA benefits if they tell their doctors.

"Don't ask, don't tell" is how many veterans have approached health care conversations about marijuana use with the doctors they see from the Department of Veterans Affairs.

Worried that owning up to using the drug could jeopardize their VA benefits — even if they're participating in a medical marijuana program approved by their state — veterans have often kept mum. That may be changing under a new directive from the Veterans Health Administration urging vets and their physicians to open up on the subject.

The new guidance directs VA clinical staff and pharmacists to discuss with veterans how their use of medical marijuana could interact with other medications or aspects of their care, including treatment for pain management or post-traumatic stress disorder.

But the directive leaves in place a key prohibition: VA providers are still not permitted to refer veterans to state-approved medical marijuana programs, since the drug is illegal under federal law, with no accepted medical use.

That disconnect makes veterans wary, says Michael Krawitz, a disabled Air Force veteran in Ironto, Va., who takes oxycodone and marijuana to treat extensive injuries he suffered in a non-combat-related motorcycle accident while stationed in Guam in 1984.

"Vets are happy that there's a policy, but they're unnerved by that prohibition," he says.

Krawitz, 55, is the executive director of Veterans for Medical Cannabis Access, an advocacy group. He has always been open with his VA doctors about his medical marijuana use and hasn't suffered any negative consequences. But Krawitz says he has worked with veterans who have been kicked out of their VA pain management program after a positive drug test and told they couldn't continue until they stopped using cannabis.

Such actions are usually misunderstandings that can be corrected, he says, but he suggests that the Veterans Health Administration provide clear guidance to its staff about the new directive so veterans aren't harmed if they admit using marijuana.

Although the new guidance encourages communication about veterans' use of marijuana, the agency's position on the drug hasn't changed, says Curtis Cashour, a VA spokesman.

In The Age Of Legalization, Talking To Kids About Marijuana Gets Tougher

Cashour referred to a quote from Veterans Affairs Secretary David Shulkin at a White House briefing last May, who says he thought that among "some of the states that have put in appropriate controls [on the use of medical marijuana], there may be some evidence that this is beginning to be helpful. And we're interested in looking at that and learning from that." But until federal law changes, the VA is not "able to prescribe medical marijuana."

Cashour declined to provide further information about the new directive.

Under federal law, marijuana is classified as a Schedule 1 drug, meaning it has no accepted medical use and a high potential for abuse. Heroin and LSD are other Schedule 1 drugs. Doctors aren't permitted to prescribe marijuana. Instead, in states that have legalized the use of medical marijuana, doctors may refer patients to state-approved programs that allow marijuana use in certain circumstances. (Doctors can, however, prescribe three drugs approved by the Food and Drug Administration that are made of or similar to a synthetic form of THC, a chemical in marijuana.)

Twenty-nine states and the District of Columbia have laws that allow people to use marijuana legally for medical purposes. Patients who have a disease or condition that's approved for treatment with marijuana under the law are generally registered with the state and receive marijuana through state-regulated dispensaries or other facilities.

Moves by states to legalize marijuana for medical or recreational use have created a confusing landscape for patients to navigate. Attorney General Jeff Sessions announced last week he would rescind an Obama-era policy that discouraged federal prosecution for marijuana use in states where it is legal. That action has further clouded the issue.

Some consider caution is a good thing. The accelerating trend of states approving marijuana for medical and recreational purposes may be getting ahead of the science to support it, they say.

A report released last January by the National Academies of Sciences, Engineering and Medicine examined more than 10,000 scientific abstracts about the health effects of marijuana and its chemical compounds, ranging from epilepsy to glaucoma. The experts found conclusive evidence for a relatively limited number of conditions, including relief of chronic pain, nausea and vomiting associated with chemotherapy and muscle spasms associated with multiple sclerosis.

"I believe that there are chemicals in marijuana that have medicinal properties," says Dr. Otis Brawley, chief medical officer at the American Cancer Society. "I would love to know what those are, what their medicinal properties are and what the dose should be." But, he says, studies are extremely challenging to do because of restrictions in the United States on conducting research on Schedule 1 drugs.

No matter where the research stands, getting a complete medication or drug history should be standard procedure at any medical appointment, say medical providers.

In that respect, the guidance from the VA is a positive development.

"It's absolutely critical that you know what your patients are taking, if only to be better able to assess what is going on," says Dr. J. Michael Bostwick, a psychiatrist at Mayo Clinic in Rochester, Minn., who has written on the complexities of medical marijuana use.