Accessibility links
Opioid Addiction Can Start With Expectations Of Pain-Free Hospital Stays : Shots - Health News As hospitals assess their role in the opioid crisis, some are trying to change patient expectations by warning them to expect some pain. Doctors in those hospitals are prescribing fewer opioids. 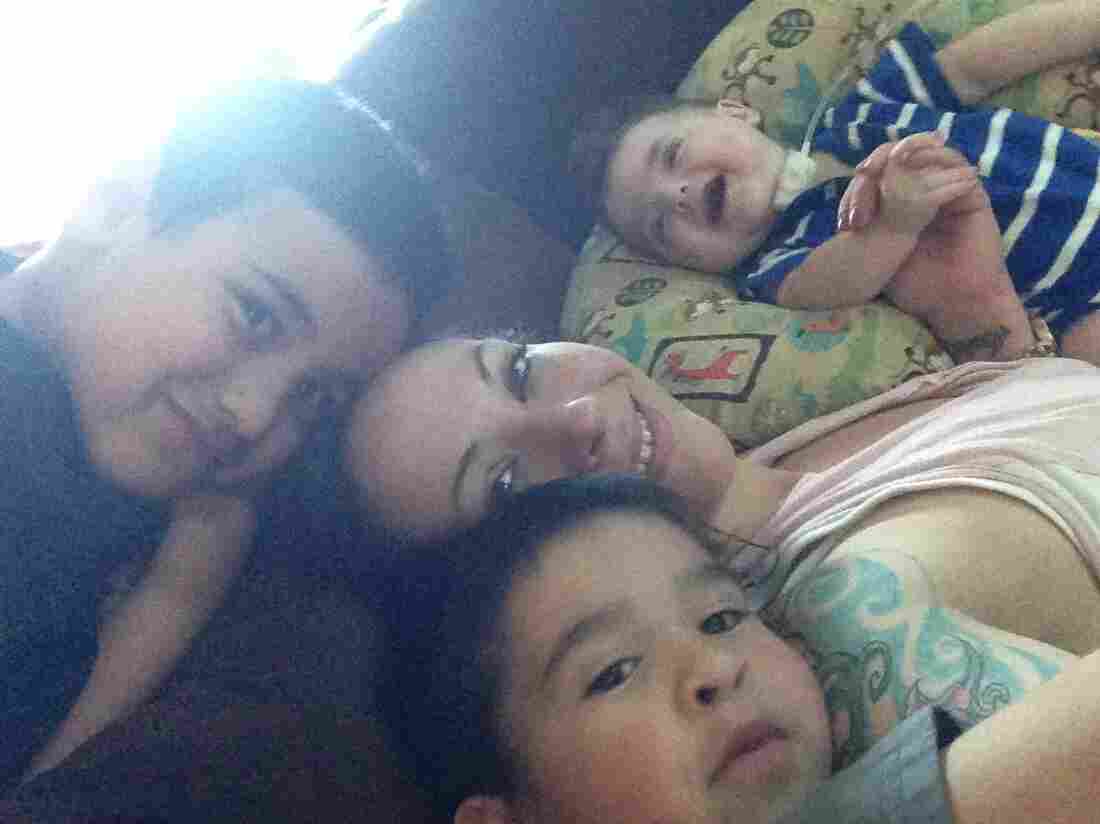 Michelle Leavy surrounded by her three sons. She became addicted to opioids when she was discharged from the hospital with doctors' advice to use them for her pain after a cesarean section. She is now in recovery. Courtesy of Michelle Leavy hide caption 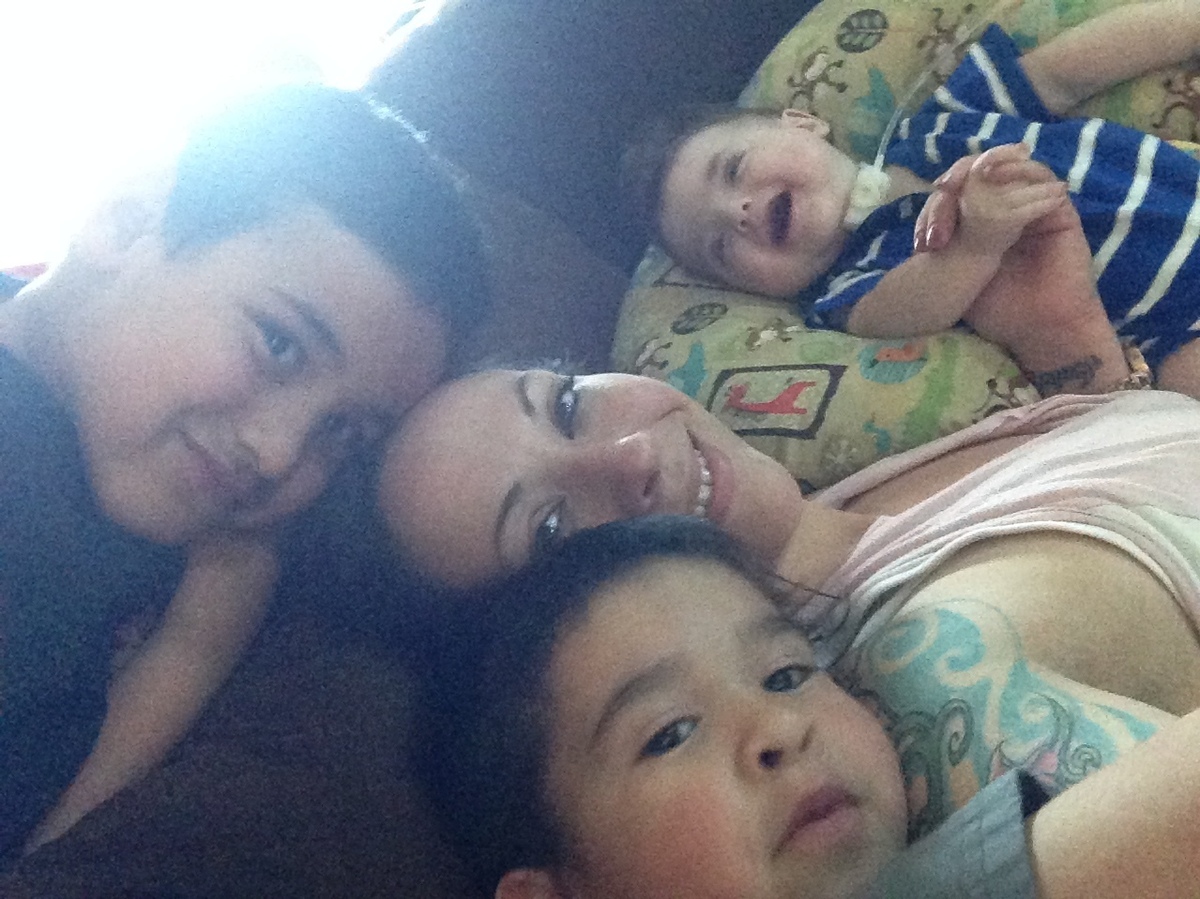 Michelle Leavy surrounded by her three sons. She became addicted to opioids when she was discharged from the hospital with doctors' advice to use them for her pain after a cesarean section. She is now in recovery.

Doctors at some of the country's largest hospital chains admit they went overboard with opioids to make people as pain-free as possible.

Now the doctors shoulder part of the blame for the country's opioid crisis. In an effort to be part of the cure, they've begun to issue an uncomfortable warning to patients: You're going to feel some pain.

Even for those who've never struggled with drug use, studies are finding that patients are at risk of addiction anytime they go under the knife.

"I had the C-section, had the kiddo," says Michelle Leavy. "And then they tell me, 'It's OK, you can keep taking the pain medications, it's fine.' "

Leavy, 30, is from Las Vegas. A mother of three and a paramedic, she has dealt with many people with addiction problems. She welcomed the high-dose intravenous narcotics while she was in the hospital and as she went home. She gladly followed doctors' orders and kept ahead of the pain with her Percocet pills.

But then she needed stronger doses. And pretty soon, she realized she was no longer treating pain. "Before I went to work I took them, and to get the kids after school I had to take them," she says. "Then I was taking them just to go to bed. I didn't really realize I had a problem until the problem was something more than I could have taken care of myself."

She said she was becoming like the patients with addiction problems that she transported by ambulance, lying to emergency room doctors to con a few extra doses.

She lost her job and her fiancé, before going to rehab through American Addiction Centers and stitching her life back together. 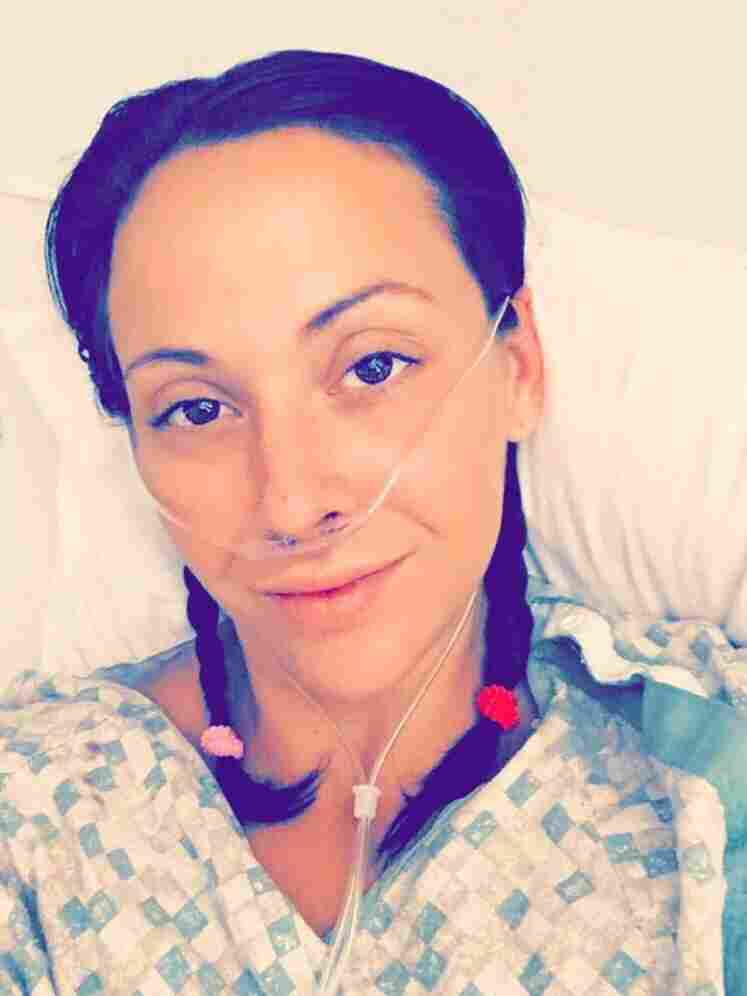 Michelle Leavy had emergency gallbladder surgery in June. She refused opioids before, during and after the operation. "It hurt," she says, "but I lived." Courtesy of Michelle Leavy hide caption 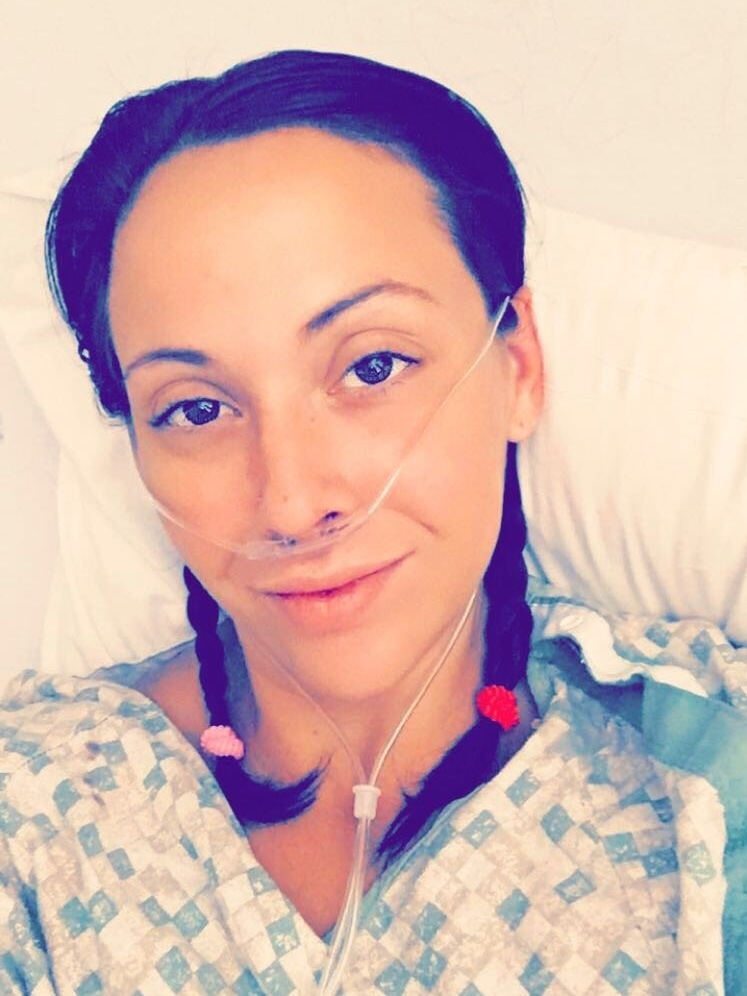 Michelle Leavy had emergency gallbladder surgery in June. She refused opioids before, during and after the operation. "It hurt," she says, "but I lived."

An About-Face On Opioids

Opioid addiction is a reality that has been completely disconnected from where it often starts — in a hospital.

Anesthesiologist David Alfery says he was rarely stingy with opioids. "If I could awaken them without any pain whatsoever, I was the slickest guy on the block and it was a matter of enormous pride," he says.

Alfery is part of a working group at the Nashville-based consulting firm Health Trust. It's helping hospitals to set aside some of their competitive interests to swap ideas about a top priority — reducing opioid use.

"It starts with patient expectations, and I think over the years, patients have come to expect more and more in terms of, 'I don't want any pain after surgery,' and it's an unrealistic expectation," Alfery says.

The expectation exists in part because pain treatment became an institutional priority. Hospitals are graded on how well they keep someone's pain at bay. And doctors can feel pressure from the institution, and on a personal level, to minimize pain.

"I just wanted my patient not to be in pain, thinking I was doing the right thing for them and certainly not [being] an outlier among my colleagues," says Dr. Mike Schlosser, chief medical officer for a division of HCA, the nation's largest for-profit hospital chain.

Schlosser spent a decade as a spinal surgeon putting his patients at HCA's flagship facility, Centennial Medical Center in Nashville, through some of the most painful procedures in medicine, like correcting back curvature. He says he genuinely just wanted to soothe the hurt he caused.

"But now looking back on it, I was putting them at significant risk for developing an addiction to those medications," he says.

Using HCA's vast trove of data, he's found that for orthopedic and back surgeries, the greatest risk isn't infection or some other complication — it's addiction.

So the nation's largest private hospital chain is rolling out a new protocol prior to surgery. It includes a conversation Schlosser basically never had when he was practicing medicine.

"We will treat the pain, but you should expect that you're going to have some pain. And you should also understand that taking a narcotic so that you have no pain really puts you at risk of becoming addicted to that narcotic," Schlosser tells patients.

Besides issuing the uncomfortable warning, sparing use of opioids also takes more work on the hospital's part — trying nerve blocks and finding the most effective blend of non-narcotics. Then after surgery, the nursing staff has to stick to it. If someone can get up and walk and cough without doubling over, maybe they don't need potentially addictive drugs, or at least not high doses of them.

There are potential benefits aside from avoiding addiction.

"I've had people tell me that the constipation was way worse than the kidney stone," says Dr. Valerie Norton, medical director at the Scripps Health System in San Diego, which is also working with Health Trust.

"There are lots of other complications from opioids — severe constipation, nausea, itching, hallucinations, sleepiness. We really need to treat these drugs with respect and give people informed consent and let people know these are not benign drugs."

Of course, from a business point of view, no one wants to run the hospital where it hurts more to be a patient.

You don't want people to think that they're being treated inappropriately, says John Young, national medical director of cardiovascular services for LifePoint Hospitals. But the Nashville-based hospital chain is putting special emphasis on how it handles people coming into the ER looking for pain medicine.

Young says tightening up on opioids becomes a delicate matter, but it's the right thing to do.

"We really do have a lot of responsibility and culpability and this burden, and so we have to make sure we do whatever we can to stem this tide and turn the ship in the other direction," he says.

While hospitals get their ship in order, some patients are taking personal responsibility.

Now that she's in recovery, Michelle Leavy won't touch opioids. That meant she had emergency gallbladder surgery in 2017 without any narcotics. She says it can be done.

Leavy says she was nervous about telling her doctors, but they were happy to find opioid alternatives.

This story is part of a reporting partnership with NPR, Nashville Public Radio and Kaiser Health News.