Accessibility links
Defending Against This Season's Deadly Flu : Shots - Health News In California, the flu has struck early and hard this season. Health experts aren't sure why. The state's higher temperatures typically result in a later flu peak there than in other parts of the U.S. 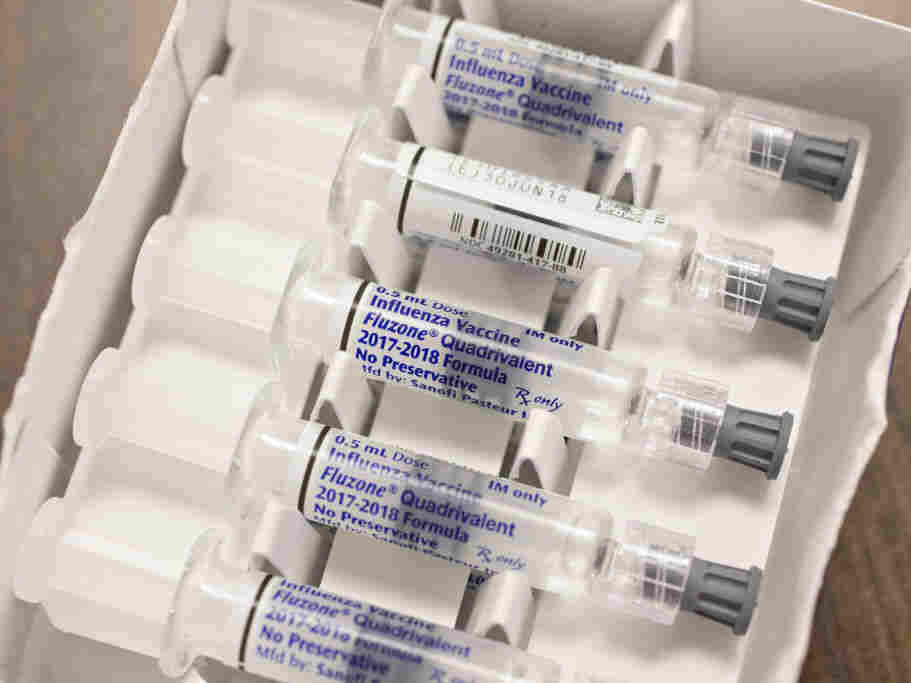 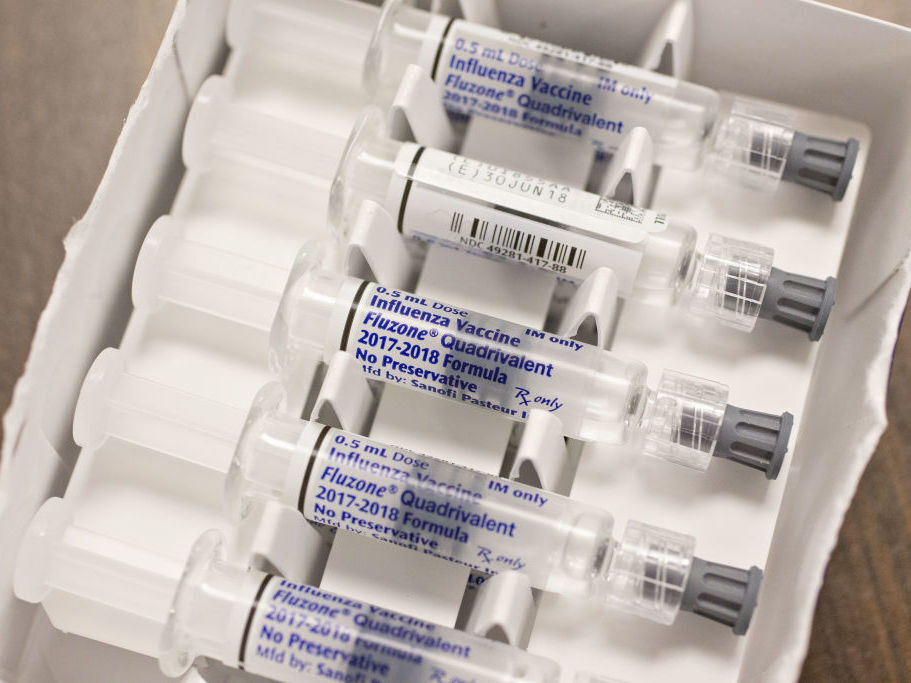 As flu cases mount in California, the state's health department recommends vaccination for all people 6 months and older.

Aja C. Holmes planned to go to work last week, but her flu symptoms — a cough, fever and severe body aches that worsened overnight — had other ideas.

"It felt like somebody took a bat and beat my body up and down," said Holmes, 39, who works as a residential life director at California State University, Sacramento. "I couldn't get out of bed."

The nation is having a terrible, horrible, no good, very bad flu season.

Flu is widespread in 46 states, including California, according to the latest reports to the Centers for Disease Control and Prevention.

In The U.S., Flu Season Could Be Unusually Harsh This Year

Nationally, as of mid-December, at least 106 people had died from the infectious disease, according to the CDC. At least 27 Californians younger than 65 had died as of Friday, seven of them during the week before Christmas, according to the California Department of Public Health. And states across the country are reporting higher-than-average flu-related hospitalizations and emergency room visits.

In California, the flu struck surprisingly early and hard this season. The state's higher temperatures typically mean people are not as confined to the indoors, leading to a later flu season compared with other regions. Health experts aren't sure why this season is different.

"We're seeing the worst of it right now," said Dr. Randy Bergen, a pediatrician who is leading Kaiser Permanente-Northern California's anti-flu effort. "We're really in historic territory, and I just don't know when it's going to stop." (Kaiser Health News, which produces California Healthline, is not affiliated with Kaiser Permanente.)

Here is what you should know about this flu season:

1. It's shaping up to be one of the worst in recent years

The H3N2 influenza A subtype that appears to be most prevalent this year is particularly nasty, with more severe symptoms including fever and body aches. Australia, which U.S. public health officials follow closely in their flu forecasting in part because its winter is our summer, reported a record-high number of confirmed flu cases in 2017. Another influenza B virus subtype also is circulating "and that's no fun, either," Bergen said.

Flu season in the U.S. typically starts in October and ends in May, peaking from December to February.

2. This season's flu vaccine is likely to be less effective than in previous years

U.S. flu experts say they won't fully know how effective this season's vaccine is until the end of the season. But Australia's experience suggests effectiveness was only about 10 percent. In the U.S., it is 40 percent to 60 percent effective in an average season. Vaccines are less protective if strains are different from what was predicted and if unexpected mutations occur.

3. You should get the flu shot anyway

Even if it is not a good match to the virus now circulating, the vaccine helps to ease the severity and duration of symptoms if you come down with the flu. Young children are considered among the most vulnerable to complications from the disease, and a shot can significantly reduce a child's chances of dying. High-dose vaccines are recommended for elderly people, who also are exceptionally vulnerable to illness, hospitalization and death related to the flu, according to the CDC.

"Some protection is better than no protection," Bergen said, "but it's certainly disappointing to have a vaccine that's just not as effective as we'd like it to be.

Shots may still be available from your doctor or local health clinic, as well as at some chain drugstores. Check the Vaccine Finder website for a location near you.

4. Basic precautions may spare you and your family from days in bed

As much as possible, avoid people who are sick. Wash your hands frequently and avoid touching your mouth, nose and eyes.

Masks aren't particularly effective in keeping you from catching the flu, although they may help keep sick people who wear them from spreading their germs further.

If you are sick, cover your cough and stay home from work if you can, Bergen said. Remaining hydrated, eating nutritious foods and exercising can also help strengthen your immune system.

Because elderly people are so vulnerable to the flu, some nursing homes and assisted living facilities may limit visitors and resident activities, depending on the level of illness.

5. Don't mistake flu symptoms for those of a common cold

The hallmarks of flu are fever and body aches that accompany cough and congestion, Bergen said.

If you feel as if you're having trouble breathing or if your fever can't be controlled with medication like Tylenol, check with your doctor. It's even more important for patients to see a doctor if they have a chronic medical condition like diabetes or heart disease or if they are young or elderly.

Kaiser Permanente doctors now are being advised to prescribe antiviral drugs like Tamiflu — given as a pill or, for kids, an oral suspension — even without a lab test for influenza, Bergen said. According to a report in The Los Angeles Times, however, Tamiflu supplies are running low.

And Bergen cautioned that these medications are only partly effective, reducing the time of illness by just a day or two.

This story was produced by Kaiser Health News, which publishes California Healthline, an editorially independent service of the California Health Care Foundation. You can follow Barbara Feder Ostrov on Twitter: @barbfederostrov.