Accessibility links
Potassium Iodide Sales Surge After Trump's 'Nuclear Button' Tweets : Shots - Health News After a war of words between President Trump and North Korea's Kim Jong Un over the ability to launch nuclear attacks from their desks, orders rose for pills to protect against radiation. 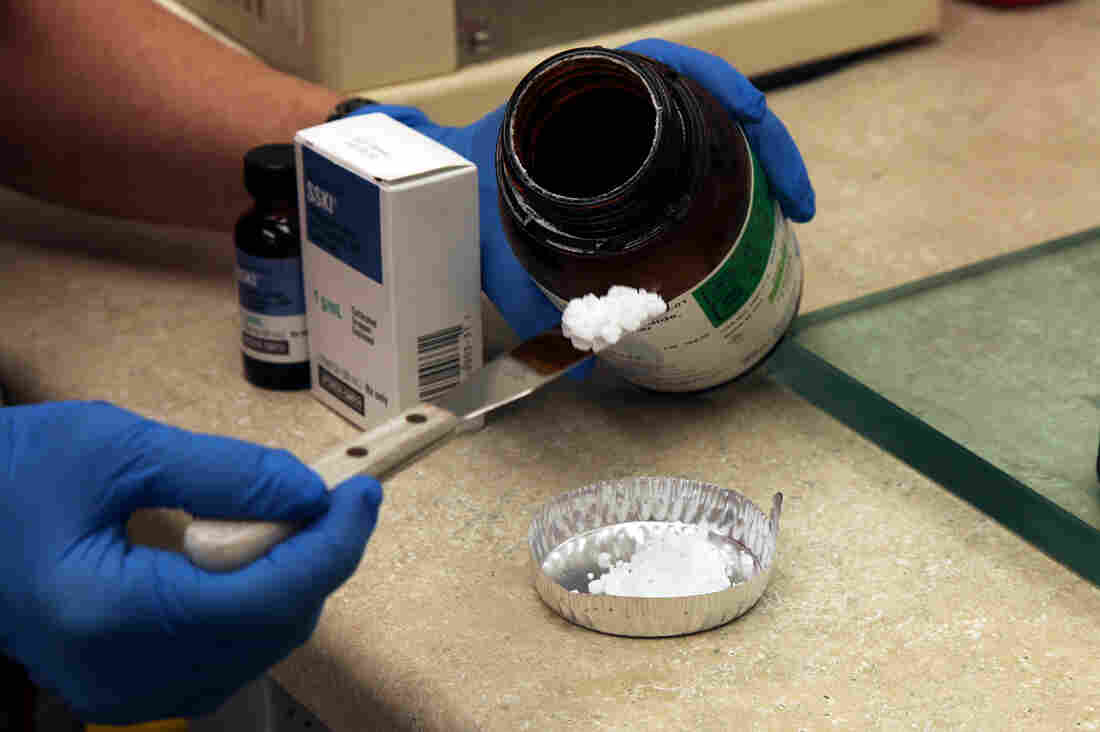 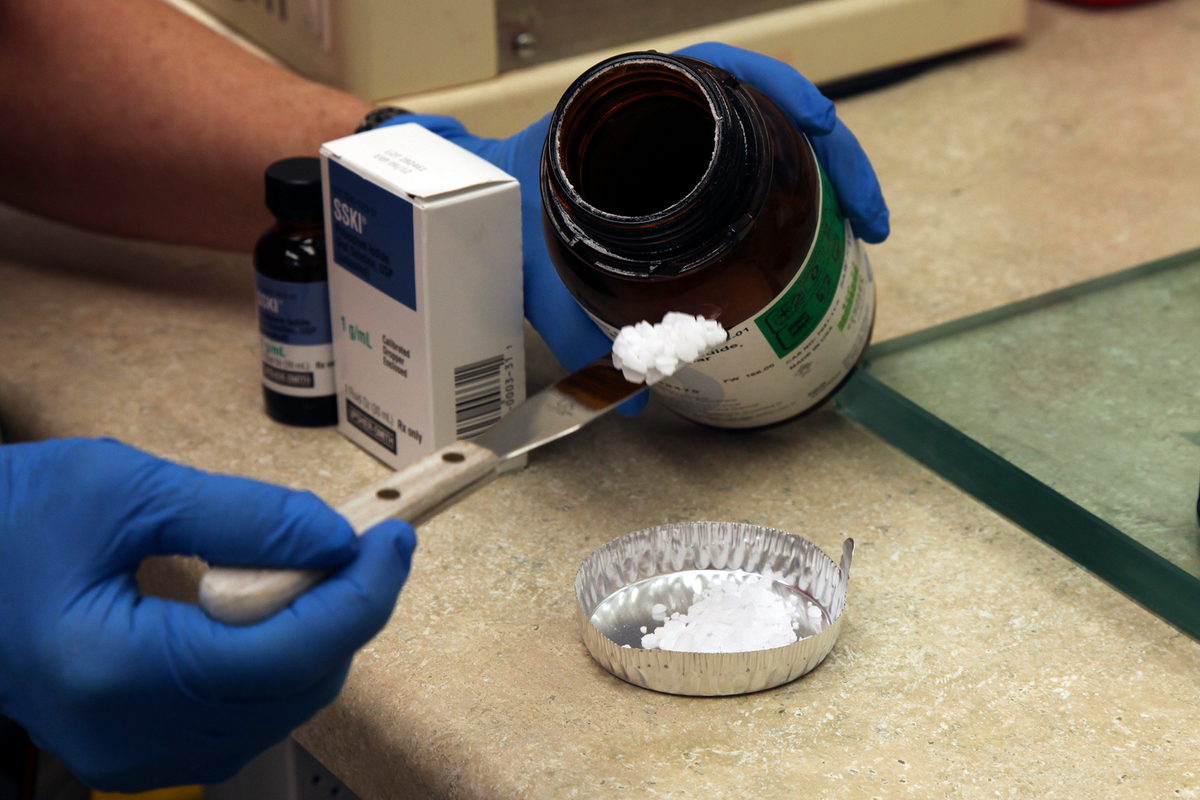 A Twitter battle over the size of each "nuclear button" possessed by President Trump and North Korea's Kim Jong Un has triggered a surge in sales of a drug that protects against radiation poisoning.

Troy Jones, who runs the website www.nukepills.com, said demand for potassium iodide soared last week, after Trump tweeted that he had a "much bigger & more powerful" button than Kim – a statement that raised new fears about an escalating threat of nuclear war.

"On Jan. 2, I basically got in a month's supply of potassium iodide and I sold out in 48 hours," said Jones, 53, who is a top distributor of the drug in the United States. His Mooresville, N.C., company sells all three types of the over-the-counter product approved by the Food and Drug Administration. No prescription is required.

In that two-day period, Jones said, he shipped about 140,000 doses of potassium iodide, also known as KI, which blocks the thyroid from absorbing radioactive iodine and protects against the risk of cancer. Without the tweet, he typically would have sent out about 8,400 doses to private individuals, he said.

Jones also sells to government agencies, hospitals and universities, which aren't included in that count.

Alan Morris, president of the Williamsburg, Va.-based pharmaceutical company Anbex Inc., which distributes potassium iodide, said he has seen a bump in demand, too.

"We are a wonderful barometer of the level of anxiety in the country," Morris said.

A spokeswoman for a third company, Recipharm AB, which sells low-dose KI tablets, declined to comment on recent sales.

Jones said this isn't the first time in recent months that jitters over growing nuclear tensions have boosted sales of the drug, which comes in tablet and liquid form and should be taken within hours of exposure to radiation.

It's the same substance often added to table salt to provide trace amounts of iodine that ensure proper thyroid function. Jones sells his tablets for about 65 cents each, though they're cheaper in bulk. Morris said he sells the pills to the federal government for about a penny apiece.

Yet, neither the FDA nor the Centers for Disease Control and Prevention recommends that families stockpile potassium iodide as an antidote against nuclear emergency.

The drug, which has a shelf life of up to seven years, protects against absorption of radioactive iodine into the thyroid. But that means that it protects only the thyroid, not other organs or body systems, said Dr. Anupam Kotwal, an endocrinologist speaking for the Endocrine Society.

"This is kind of mostly to protect children, people ages less than 18 and pregnant women," Kotwal said.

Trump Taunts Kim: My 'Nuclear Button' Is 'Much Bigger' Than Yours

States with nuclear reactors and populations within a 10-mile radius of the reactors stockpile potassium iodide to distribute in case of an emergency, according to the Nuclear Regulatory Commission. An accident involving one of those reactors is far more likely than any nuclear threat from Kim Jong Un, Anbex's Morris said.

Still, the escalating war of words between the U.S. and North Korea has unsettled many people, Jones said. Although some of his buyers may hold what could be regarded as fringe views, many others do not.

"It's moms and dads," he said. "They're worried and they find that these products exist."

Such concern was underscored last week, when the CDC announced a briefing on the "Public Health Response to a Nuclear Detonation." One of the planned sessions is titled "Preparing for the Unthinkable."

Hundreds of people shared the announcement on social media, with varying degrees of alarm that it could have been inspired by the presidential tweet.

Does 21st Century America realize the horror of all of this?
Remember duck-and-cover?
Time to watch "On The Beach" for a little wake-up reality.#VeteransAgainstTrump @TheDemocrats
RT
The #CDC Wants to Get People Ready for a Nuclear Detonation https://t.co/MP4h34p4IA

A CDC spokeswoman, however, said the briefing had been "in the works" since last spring. The agency held a similar session on nuclear disaster preparedness in 2010.

"CDC has been active in this area for several years, including back in 2011, when the Fukushima nuclear power plant was damaged during a major earthquake," the agency's Kathy Harben said in an email.

"I now follow his Twitter feed just to gauge the day's sales and determine how much to stock and how many radiation emergency kits to prep for the coming week," Jones said, adding later: "I don't think he intended to have this kind of effect."

Kaiser Health News is a nonprofit news service covering health issues. It is an editorially independent program of the Kaiser Family Foundation that is not affiliated with Kaiser Permanente. Follow JoNel Aleccia on Twitter: @JoNel_Aleccia.