Accessibility links
Kentucky Get Approved To Require Work From Medicaid Recipients : Shots - Health News The move comes one day after the Trump administration said it would let states add work requirements to their Medicaid programs, which provide health coverage for people with low incomes. 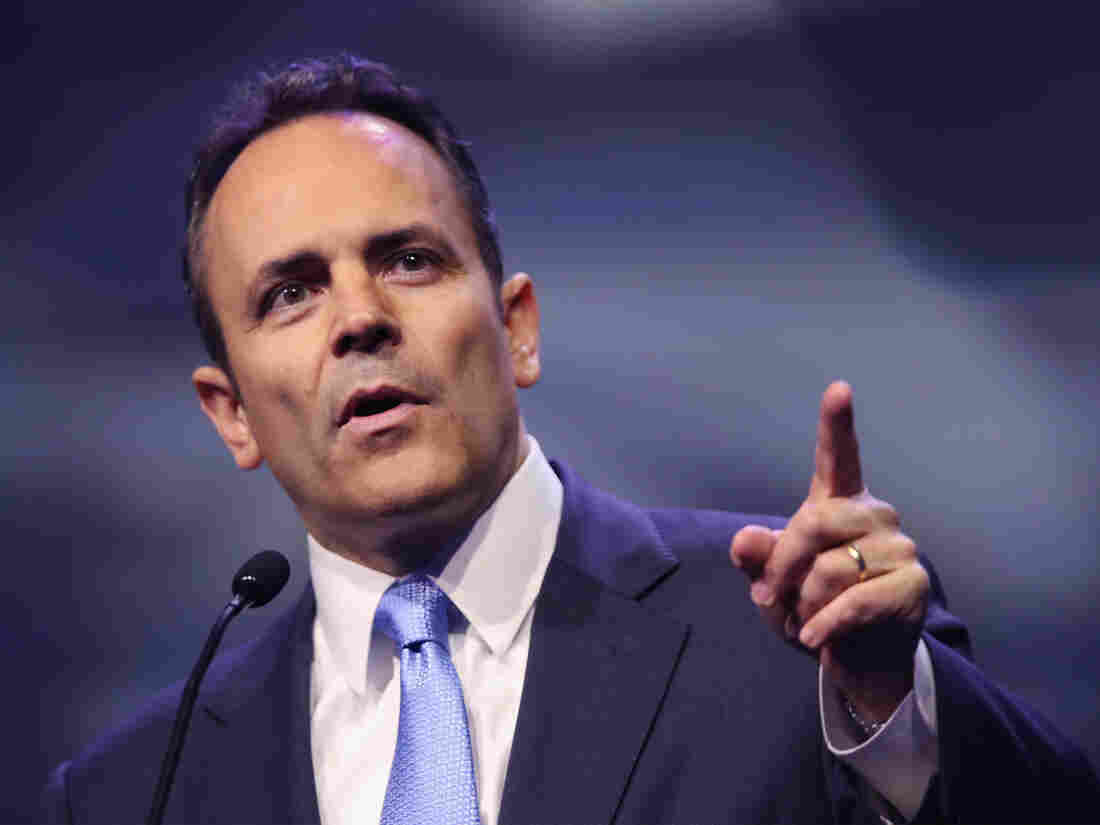 Kentucky Gov. Matt Bevin, R-Ky., has said he thinks that Medicaid recipients should have "skin in the game." Scott Olson/Getty Images hide caption 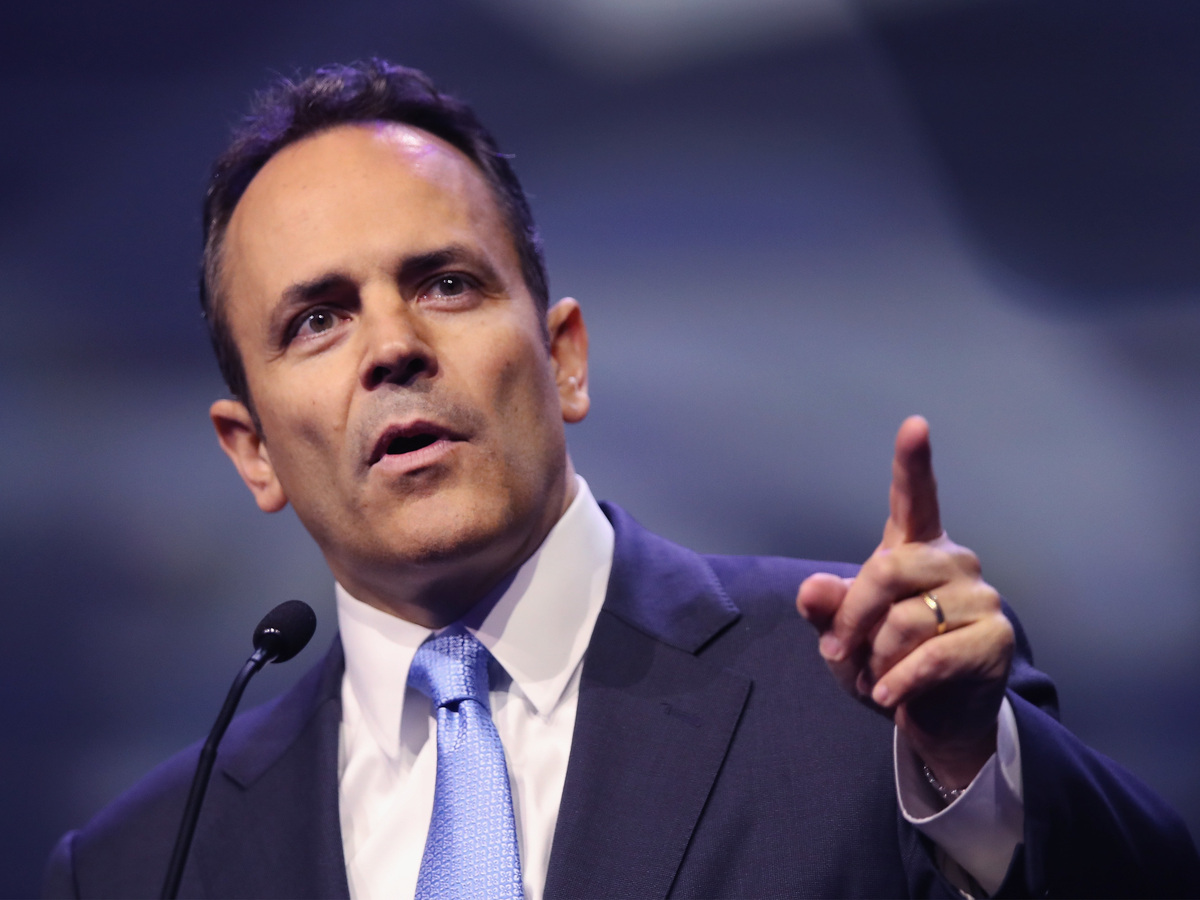 Kentucky Gov. Matt Bevin, R-Ky., has said he thinks that Medicaid recipients should have "skin in the game."

Poor residents in Kentucky will have to work or do volunteer work if they want to keep their Medicaid benefits after the Trump administration on Friday approved the state's request to add the requirements to its Medicaid program.

The new requirements apply only to "able-bodied" adults who get their health insurance through Medicaid, the federal-state health insurance program for the poor. People with disabilities, children, pregnant women and the elderly are exempt from the requirement.

"Kentucky is leading the nation in this reform in ways that are now being replicated all over the nation," said Kentucky Governor Matt Bevin, in announcing the plan's approval.

Kentucky's program was approved a day after the federal Centers for Medicare and Medicaid Services announced it would look favorably on proposals from state to require poor Medicaid beneficiaries to work, go to school, get job training or do volunteer work to earn health coverage.

In addition to the work requirement, some of Kentucky's Medicaid beneficiaries will have to begin paying premiums for their coverage and will have to meet certain milestones to earn dental and vision care.

Before Verma joined CMS she was a private consultant and an architect of the Kentucky plan that was approved Friday.

It's not clear how many people would be affected by the new rules in Kentucky and elsewhere.

A study by the Kaiser Family Foundation found that about 60 percent of "able-bodied" Medicaid beneficiaries already work. And a third of those who don't have jobs say it's because they are ill or disabled.