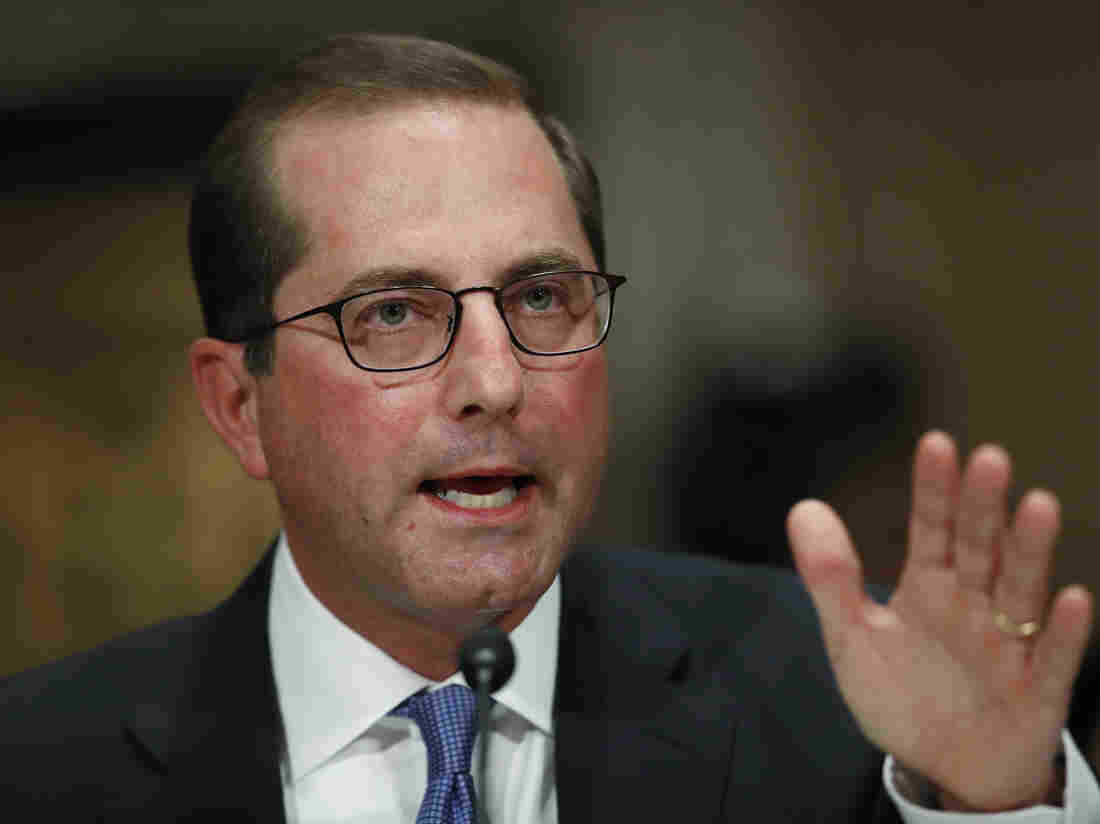 Alex Azar will take over the Department of Health and Human Services at a time when rising drug prices are a huge political issue. Carolyn Kaster/AP hide caption 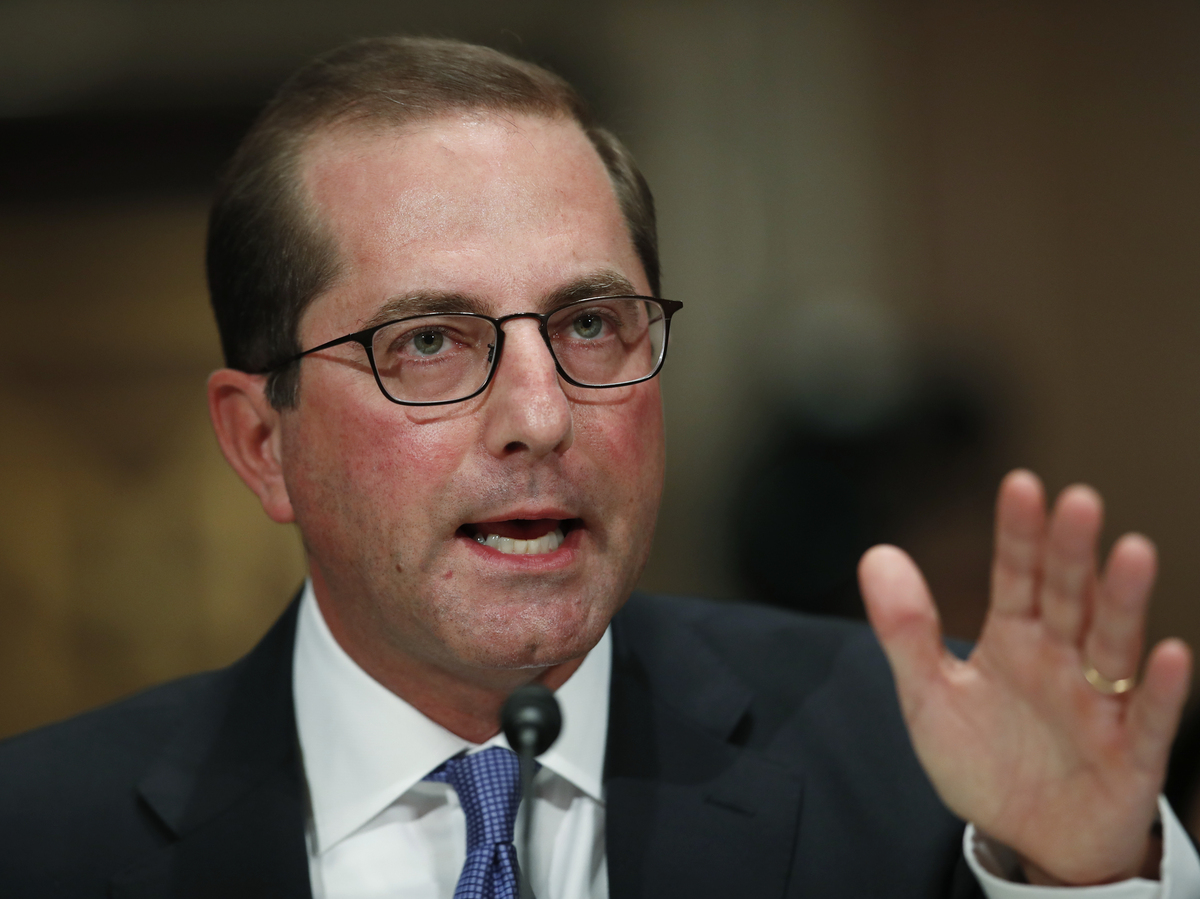 Alex Azar will take over the Department of Health and Human Services at a time when rising drug prices are a huge political issue.

A former pharmaceutical industry official who says drug prices are too high will now be in charge of buying more medications than anyone in the world.

Alex Azar, former president of the U.S. arm of Eli Lilly & Co., was confirmed Wednesday as the secretary of health and human services.

In that role, he'll oversee the Food and Drug Administration, which regulates prescription drugs including those produced by his former employer. He'll also oversee Medicare and Medicaid, which together spend hundreds of billions of dollars each year on prescription medications.

He'll take over the agency at a time when rising drug prices are a huge political issue.

Azar acknowledged as much in his confirmation hearing in early January. He told members of the Senate Finance Committee that dealing with high drug prices would be a priority.

But Azar won't have the power to get Congress to change the law to let Medicare negotiate prices directly with manufacturers. He told senators that allowing the insurance companies that contract with Medicare is more effective.

"These are incredibly powerful negotiators who get the best rates available," he said.

Azar spent five years at Eli Lilly, which makes several blockbuster medications, including Cialis, which treats erectile dysfunction; the antidepressant Cymbalta; and several forms of insulin. Insulin prices have drawn particular fire because they keep spiraling higher, even though insulin has been around for almost a century.

The prices of Lilly's insulin drugs Humalog and Humulin, for instance, have both risen about 225 percent since 2011, according to data from the investment research firm Bernstein.

Before his stint at Eli Lilly, Azar served in HHS under President George W. Bush, so he is familiar with the sprawling agency that also includes the National Institutes of Health, the Indian Health Service and the U.S. Public Health Service.

Azar replaces Tom Price, who resigned from HHS in September after a Politico investigation found that he had taken private charter aircraft on work-related trips at times when cheaper commercial flights were available.