Accessibility links
Idaho Eases Health Insurance Rules : Shots - Health News Will the Trump administration compel Idaho to stick to health insurance rules laid out in the Affordable Care Act or let the state proceed with plans to skip some of its consumer protections? 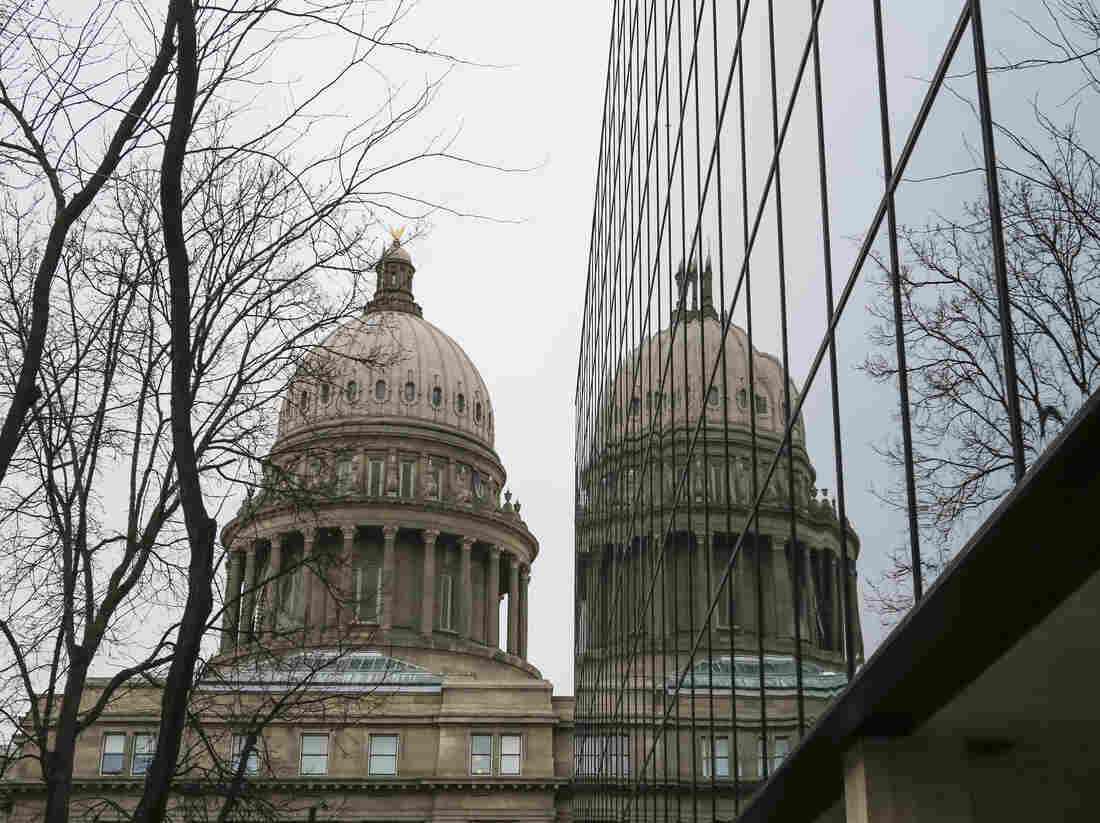 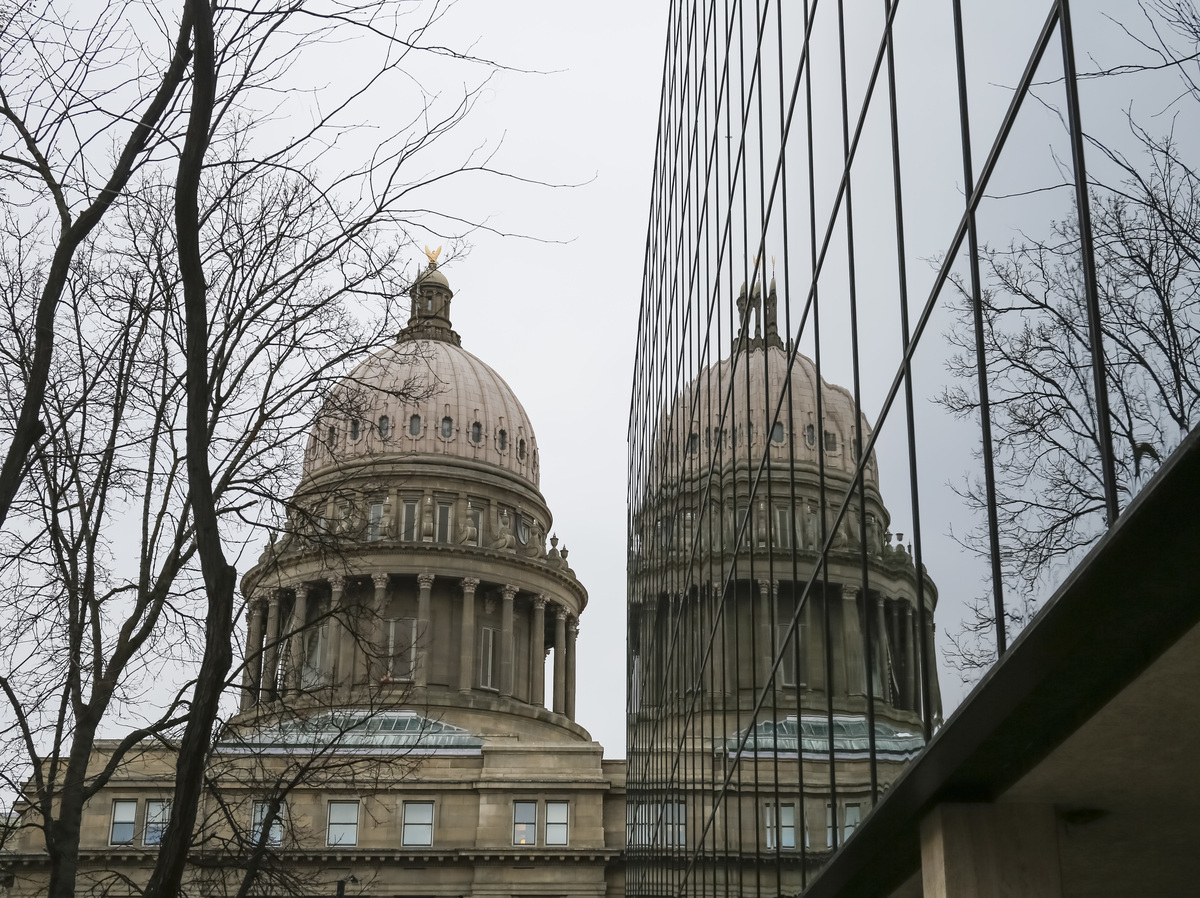 For the past year, the Trump administration and Republicans in Congress have led a charge to roll back the Affordable Care Act, signaling an openness to changes at the state level.

Now, Idaho has jumped in, with the insurance department saying Wednesday it will allow insurers to ignore some ACA rules on plans not sold on the marketplace. The department aims to make these state-based plans less costly. Several of the changes are viewed by the health law's supporters as hits to its core consumer protections.

Critics say Idaho can't unilaterally skip provisions of federal law, including some of the ACA's protections for pre-existing conditions and its limits on how much more insurers can charge older or sick people.

Idaho's approach has national implications because of a key underlying question: Will the administration compel Idaho to follow the ACA or offer a green light that could prompt other states to take even more sweeping action?

Idaho argues its aim is to bring people back into the market, particularly the young, the healthy and those who can't afford an ACA plan.

"Our goal is not to take away from the ACA, but to add to it or complement it," said Dean Cameron, director of the state's Department of Insurance. For instance, insurers could veer from the ACA rules in creating the new plans, so long as they offer other ACA-compliant policies.

Premiums for marketplace policies have risen sharply amid continuing GOP efforts to undermine the ACA. Middle-income Americans who don't get subsidies are struggling to afford coverage.

"States are trying to figure out what they can do," said Ed Haislmaier, a senior research fellow at the conservative Heritage Foundation. "How do you provide them with cheaper insurance?"

Idaho says the answer is to skip some of the ACA rules.

Here is a quick look at some of the questions that approach raises:

Many experts say no. Nicholas Bagley, a law professor at the University of Michigan and former attorney with the civil division of the U.S. Department of Justice, tweeted early Thursday that the move was "crazypants illegal."

These Idaho guidelines for health insurers are crazypants illegal. It's not even close. Does Idaho think the Supremacy Clause doesn't apply to it? https://t.co/zexBGLAxQ3

In a follow-up call, he explained that the ACA created rules that — among other things — prevent insurers from discriminating against people based on their health or excluding coverage for those conditions.

"I'm completely flummoxed," he said. "Idaho appears to be claiming they do not have to adhere to federal law."

But Idaho officials believe there's precedent for what they are doing, pointing to actions taken by President Obama when he promised people that if they liked their health plans, they could keep them. Obama issued an executive order directing his agencies to allow the continuance of some plans purchased before the marketplaces opened— even though they fell short of ACA rules, Cameron noted.

Additionally, Cameron pointed to state laws that allow insurers to sell short-term policies that don't meet all the ACA rules.

"We have tried to do everything we can to adhere to and follow the requirements," said Cameron, who added that the state consulted with administration officials as it developed its plan.

"I recognize we are pushing the envelope a bit," he said. "We think this is what is needed."

A lawsuit challenging Idaho's move seems likely, perhaps on behalf of someone with a pre-existing condition alleging harm because the state-based plans will cost the sick more or limit coverage in other ways.

Secondly, some experts say the argument might include concerns that the state-based plans could pull healthy people out of the ACA market and drive up premiums there.

Cameron expects the effect will be the opposite, helping stabilize those premiums by bringing more healthy people into insurers' risk pools through the state-based plans. Insurers would have to pool their claims from both ACA and state-based plans.

3. How different are these plans from ACA coverage?

Sabrina Corlette, a research professor at Georgetown University's Center on Health Insurance Reforms, said they are "in the middle in terms of the consumer protections they provide, but they're not as good as the ACA."

They're better than some non-ACA compliant alternatives already on the market, such as limited-benefit plans, which can be really skimpy — paying paltry amounts or nothing at all toward hospital care or drugs, for example.

"Setting aside the question of whether a state can do this, it would not be a radical change," said Haislmaier at Heritage.

But, unlike ACA plans, the state plans could cap coverage at $1 million annually. They could charge older people up to five times more than younger ones (the ACA limits the ratio to 3-to-1) and sick people could be charged up to 50 percent more for premiums than standard rates. On the flip side, very healthy people could have rates of up to 50 percent below standard rates.

On pre-existing conditions — which is among the ACA's most popular provisions — the Idaho rules would require insurers to accept people with medical problems, but they could exclude coverage for those specific conditions if the person were uninsured within 63 days of the new plan taking effect.

Still, Cameron argues that the rules of the Idaho plan — in practice — would not be much different than what people face now.

Those who fail to sign up during the annual open enrollment period for the ACA then find out they have a health problem have few other options and would have to wait until the next ACA open enrollment, he noted.

Under Idaho's plan, such consumers could buy a state-based plan and "have coverage on everything else, except for the 'pre-ex' [pre-existing condition], until the next open enrollment period," Cameron said.

4. What could happen legally?

At a minimum, states must follow federal law, although they generally can set more stringent standards. Some states, for example, are considering putting in place their own "individual mandate" to replace the ACA tax penalty for those who are uninsured. The tax bill Congress passed in December removes that federal penalty as of 2019.

But states cannot create rules that fall short of federal law. If the state doesn't enforce federal rules, the ACA grants the federal government authority to step in.

Idaho may be "banking on ... the Trump administration [not enforcing] the ACA," said Bagley.

This could be one of the first tests for new Health and Human Services Secretary Alex Azar.

"If HHS declines to step in to enforce the law, the executive branch headed by the president is responsible for enforcing the law," Bagley said. "Trump's job is to make sure his agencies enforce federal law."

5. Insurers have not said if they will offer such plans. What are their liabilities?

The ACA set fines of $100 per day, per enrollee, for violating provisions of the law. Multiplied by thousands of enrollees across several violations, that could quickly add up. The state may allow the plans, but "it's not clear that a future administration could be prevented from looking back at past violations and imposing pretty significant penalties," said Georgetown's Corlette.