Accessibility links
Amazon, Berkshire Hathaway And JPMorgan Seek Health Care Quality For Less : Shots - Health News Details are scarce, but the companies said they want to help their employees get high-quality health care at a reasonable cost. Will this consortium have better luck than those that have preceded it? 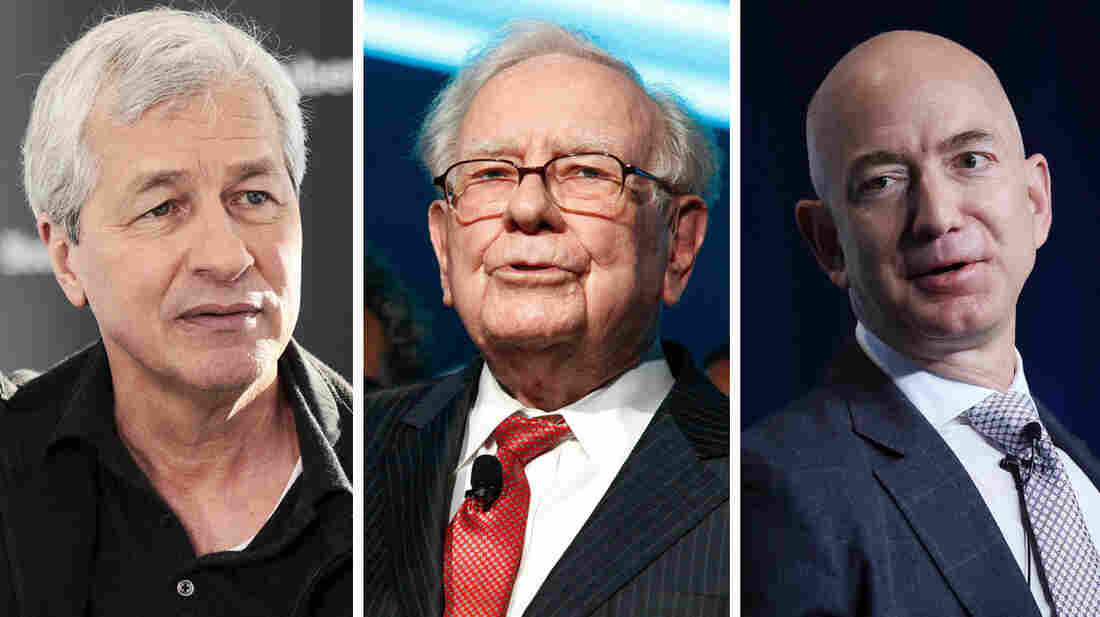 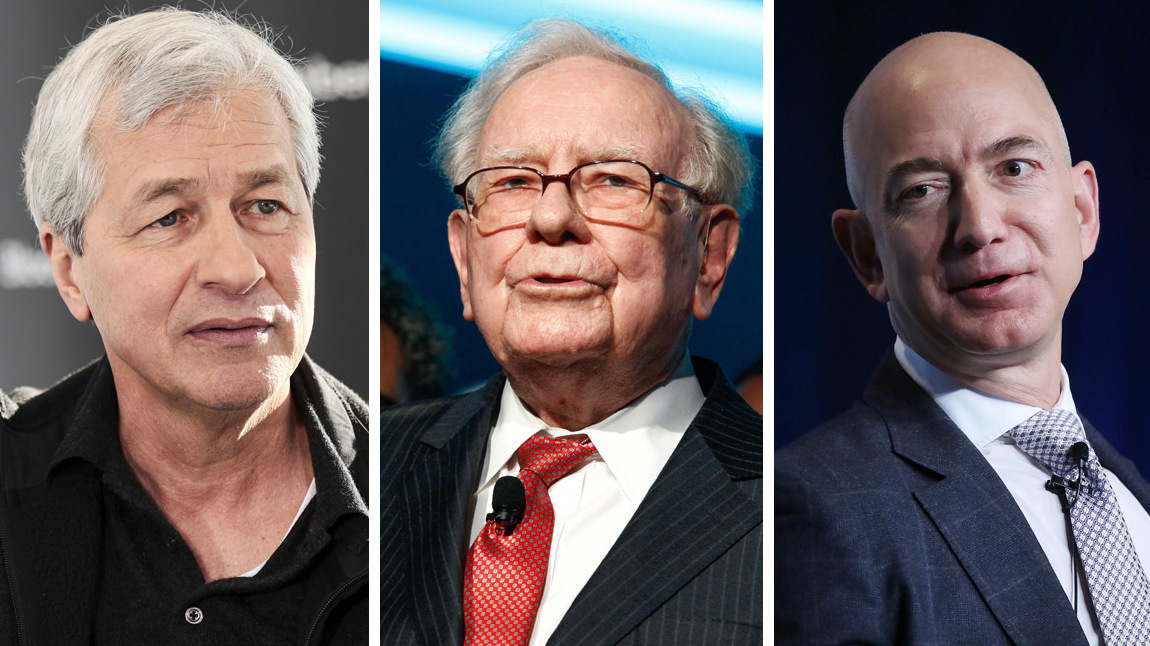 When Jeff Bezos, Warren Buffett and Jamie Dimon get together to make an announcement (any kind of announcement), it's sure to grab attention.

So people perked up Tuesday morning when the CEOs of Amazon, Berkshire Hathaway and JPMorgan Chase said in a press release that their companies are going to partner in a nonprofit venture to figure out "ways to address healthcare for their U.S. employees, with the aim of improving employee satisfaction and reducing costs."

The details are scarce. The announcement described "technology solutions that will provide U.S. employees and their families with simplified, high-quality and transparent healthcare at a reasonable cost." Those goals are hard to argue with yet have proven difficult to achieve.

Vox health policy guru Sarah Kliff asked one of the smarter "dumb" questions about the companies' plans on Twitter. She figured it might be a decision to self-insure in a new way or maybe to open their own hospitals creating a National Health Service in miniature. "Who knows!" she concluded.

Who knows is right.

I fired off an email to Amazon's PR hotline. And in less time than it takes to stream Episode 1 of The Man in the High Castle, an email landed in my inbox from Amazon's Ty Rogers:

"We're not commenting at this point beyond what's in the press release, but I appreciate you reaching out and we'll keep you in mind if that changes."

On business news channel CNBC soon after the announcement, Brent Saunders, CEO of Botox maker Allergan, gave his back-of-the-envelope analysis. "My sense is, and I'm only speculating, is that they're looking at their own health care costs, and they're all large employers and they're saying, 'How do we manage this better?' " he said. "The key is, you put the patient, which in their case is the employee, at the center of it and you try to bring down costs," he said. Health care, he added, is "certainly ripe for disruption."

Nobody would dispute that assessment. But where would the companies start?

The press release, such as it is, said technological solutions would be the "initial focus" of the venture's work.

All three companies have a lot of experience using technology to make life easier for consumers. Amazon's online reach and experience may be the most obvious. But Berkshire Hathaway owns Geico, a juggernaut in direct-to-consumer sales of insurance. And JPMorgan Chase's consumer finance services — from mortgages and credit cards to traditional banking — give it expertise in dealing with people about complex decisions in person and online.

Think then of an online app that might help employees shop for health care with information about prices and quality. What if the app helped them book appointments with doctors and nurse practitioners, too?

Would an app that eases the way for employees to more easily choose health services that offer better value make much difference in how much the companies spend on care? Maybe a little, but probably not a lot.

In California, a health care pricing tool launched in 2014 for government employees and retirees didn't really catch on. Only 12 percent of employees used the tool to shop better for lab tests, office visits and imaging services, according to a paper published by the journal Health Affairs in August. And the tool didn't reduce overall spending on the services it included.

With hundreds of thousands of employees in the U.S., this Amazon-Berkshire-JPMorgan triumvirate would have real buying clout and the ability to command public attention, as the immediate buzz over the announcement showed.

Yet this wouldn't be the first time that employers have banded together to improve health care quality and do something about costs. It has happened many times before, in fact.

Two prominent examples in recent years include the Leapfrog Group, founded by big companies in 2000 to spur hospitals to improve quality and patient safety, and the more recent Health Transformation Alliance, a corporate consortium that emerged publicly in 2016.

Neither of those efforts could be said to have fundamentally changed how health care is delivered or paid for, even if they have made a difference on the margins.

But as the Kaiser Family Foundation's Larry Levitt said on Twitter, there is no chance the nation can budge health spending without the big bosses at least trying.

Who knows what this Amazon-JPM-Berkshire health care thing really is. But, if it’s the start of getting big and influential employers engaged in health care costs, it could mean something. We won’t make progress on cost control without employers. https://t.co/jacbMLf8Wt

Still, the skepticism is strong, especially when the particulars haven't even been sketched out by the companies. "It will be interesting to see them try," said Donald H. Taylor, a health care economist at Duke University and member of the National Academies Committee on Health Care Utilization. "Everybody wants a unicorn. But people have been chasing this unicorn for a long time."