Accessibility links
Who Still Smokes? A Look At The Numbers : Shots - Health News Only around 15 percent of adults in America smoke — but that still leaves 40 million people who smoke cigarettes, and many of them belong to the most vulnerable population groups. 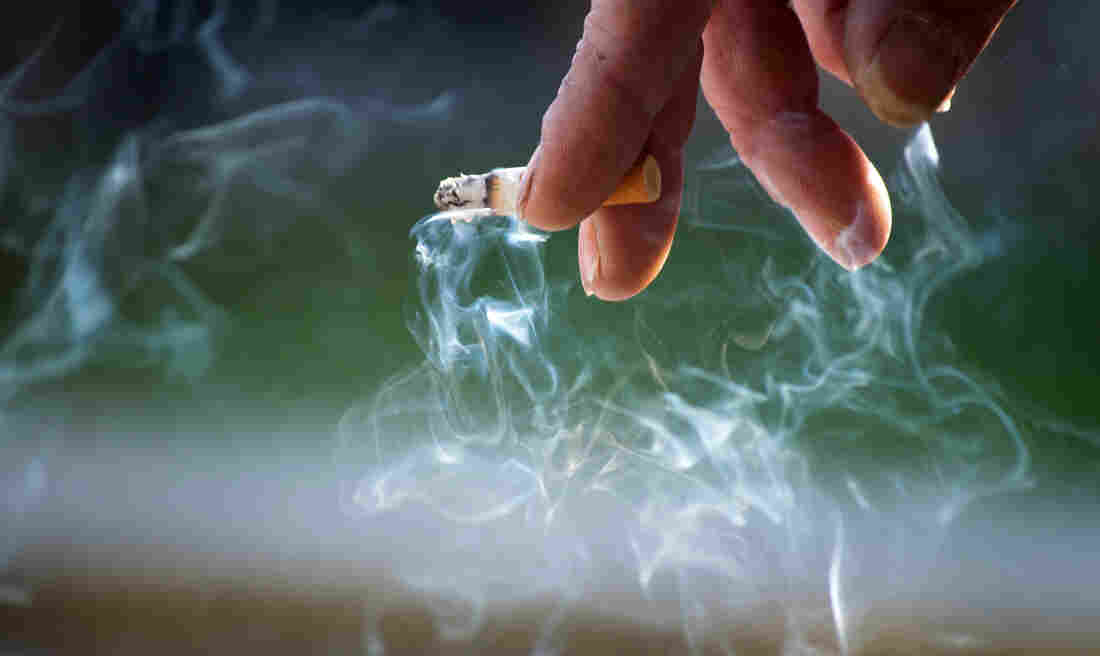 Smoking is the No. 1 cause of death among people with severe mental illness. Luis Diaz Devesa/Getty Images hide caption 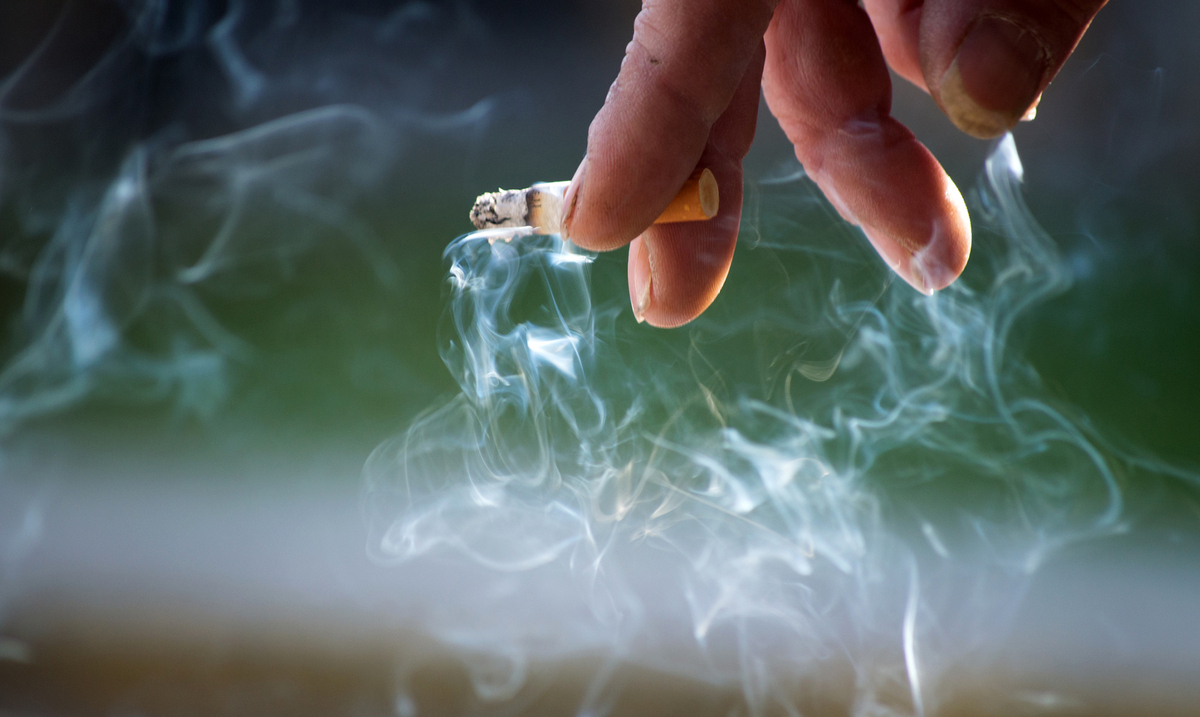 Smoking is the No. 1 cause of death among people with severe mental illness.

Advertising campaigns, tobacco taxes and public bans have lowered rates of smoking significantly in the U.S. since the 1960s. And for people who never smoke or manage to quit, there are major health benefits: lower risk of cancer, heart problems and stroke.

But 15 percent of Americans — about 40 million people — continue to smoke.

Who are they? And why are they still smoking?

"There's a massive disparity in this country in terms of who's smoking," says Jeffrey Drope, a researcher at the American Cancer Society and lead author of a study appearing Wednesday in the journal CA: A Cancer Journal for Clinicians.

The highest rates of smoking are in population groups that often intersect. Around 25 percent of adults earning less than the federal poverty level smoke, as do nearly a third of enlisted military members in low pay grades. Among adults of Native American descent, 24 percent smoke cigarettes.

Geographically, adults living in states between Michigan and Mississippi are far more likely to smoke, compared with those living in northeastern states or the Midwest. Adults who are college educated, heterosexual, Asian or Latino, smoke at the lowest rates.

Past success in lowering smoking rates in some communities may lead to a sense that the job is done, leaving marginalized groups behind. And most policy makers, let's face it, have graduated from college, placing them in a demographic where only 6.5 percent of the population smokes compared with a nearly quarter of people who didn't complete high school.

Prevalence of smoking sliced by income tells a similar story. Adults earning well above the federal poverty line, which sits at $12,060 for one person and $24,600 for a family of four, smoke less than the national average. Those in lower income brackets smoke at significantly higher rates.

The data also show that adults with lifelong mental illness smoke far more commonly than the general population."Remarkably, this is what people who have severe mental illness are most likely to die from: smoking-related illness," Drope says.

Ideally, all populations could achieve a smoking rate of less than 10 percent, advocates say. Besides high-income earners and college graduates, only Asian and Latino women fall into this range. Geographically, Utah is the only state where a similarly low proportion of residents smoke.

What else could be done? "In this field, we're lucky," says Matthew Myers, president of the Campaign for Tobacco-Free Kids. "We know what works: higher taxes, protection against secondhand smoke, hard-hitting mass media campaigns."

In New York City, for example, smoking is banned in most workplaces and public areas. Anyone buying a pack of cigarettes pays the state's excise tax of $4.35 and a municipal tax of $1.50. City dwellers smoke at a rate of 13 percent, compared with the national rate 15 percent.

These approaches have helped discourage young people from taking up smoking. "For the first time in recorded history, smoking rates among high school seniors are below 10 percent," Myers says. To lower the total number of smokers, then, the trick will be getting adults who already smoke to quit.

Improving insurance coverage of smoking-cessation aids, and promoting the development new cessation drugs, could potentially help more people quit. So far, the latest data on e-cigarettes suggests they may help some adults drop a cigarette habit but they may encourage children to start one.

Australia led the way internationally by requiring plain packaging for tobacco products, except for graphic warning labels. A U.S. law directed the Food and Drug Administration to require graphic warnings on cigarettes, too, but the regulations were challenged successfully in court by tobacco companies in 2012.

Other countries have enacted national smoke-free policies for public spaces. Although state policies differ widely now, nationwide measures would help more Americans, too. "These are all things that are sort of tobacco control 101," the American Cancer Society's Drope says, "and the U.S. isn't doing them."