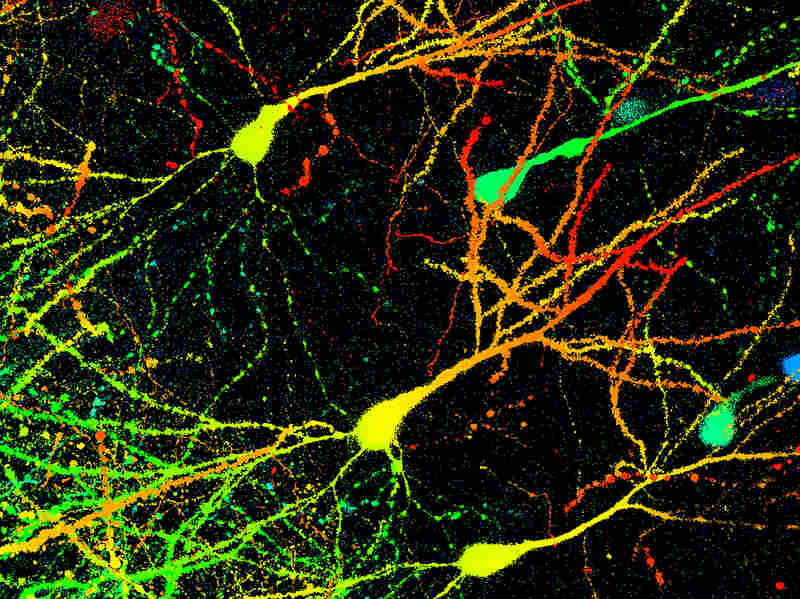 Scientists zeroed in on specific neurons in the brains of mice to gain insights into how anxiety is triggered and suppressed. SPL/Science Source hide caption 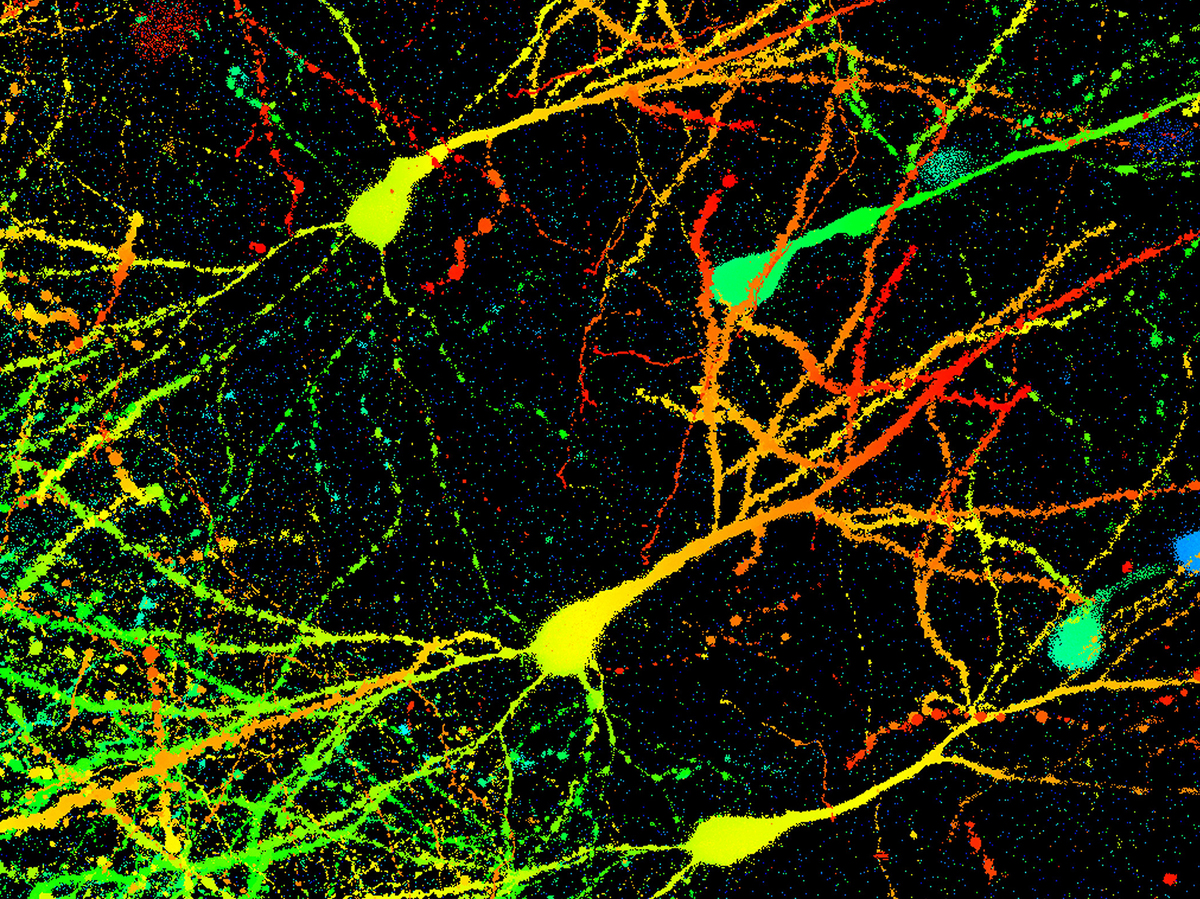 Scientists zeroed in on specific neurons in the brains of mice to gain insights into how anxiety is triggered and suppressed.

The finding, reported Wednesday in the journal Neuron, could eventually lead to better treatments for anxiety disorders, which affect nearly 1 in 5 adults in the U.S.

"The therapies we have now have significant drawbacks," says Mazen Kheirbek, an assistant professor at the University of California, San Francisco and an author of the study. "This is another target that we can try to move the field forward for finding new therapies."

But the research is at an early stage and lab findings in animals don't always pan out in humans.

The discovery of anxiety cells is just the latest example of the "tremendous progress" scientists have made toward understanding how anxiety works in the brain, says Joshua Gordon, director of the National Institute of Mental Health, which helped fund the research.

"If we can learn enough, we can develop the tools to turn on and off the key players that regulate anxiety in people," Gordon says.

Kheirbek and a team including several researchers from Columbia University discovered the cells in the hippocampus, an area of the brain known to be involved in anxiety as well as navigation and memory.

They did it by studying some anxious mice, Kheirbek says. "Mice tend to be afraid of open places," he says. So the team put mice in a maze in which some pathways led to open areas. Then the researchers monitored the activity of brain cells at the very bottom of the hippocampus.

"And what we found is that these cells became more active whenever the animal went into an area that elicits anxiety," Kheirbek says.

This activity didn't prove the cells were causing anxious behavior, though. So the team found a way to control the activity of these cells using a technique called optogenetics.

The team set out to answer a simple question, Kheirbek says:

When the researchers dialed up the cells' activity, the mice got more anxious and didn't want to explore at all.

But there's a lot more to anxiety than just these cells in the hippocampus, Kheirbek says. "These cells are probably just one part of an extended circuit by which the animal learns about anxiety-related information."

For example, the cells in the hippocampus communicate with another brain area called the hypothalamus that tells mice when to avoid something dangerous. Kheirbek says other parts of the anxiety circuit might detect dangerous odors or sounds.

"You can think of this paper as one brick in a big wall," Gordon says. In recent years, he says, scientists have been finding and assembling other bricks at rapid pace.

And they need to because anxiety disorders are "incredibly prevalent," Gordon says. "They hit us in the prime working years of life, and our treatments are, at best, partially efficacious."