Accessibility links
Diet Rich In Greens Linked To Less Age-Related Memory Loss : Shots - Health News Scientists are keen to figure out how diet influences aging, including brain health. A 5-year study of healthy seniors found those who ate a serving or two of daily greens had less cognitive decline. 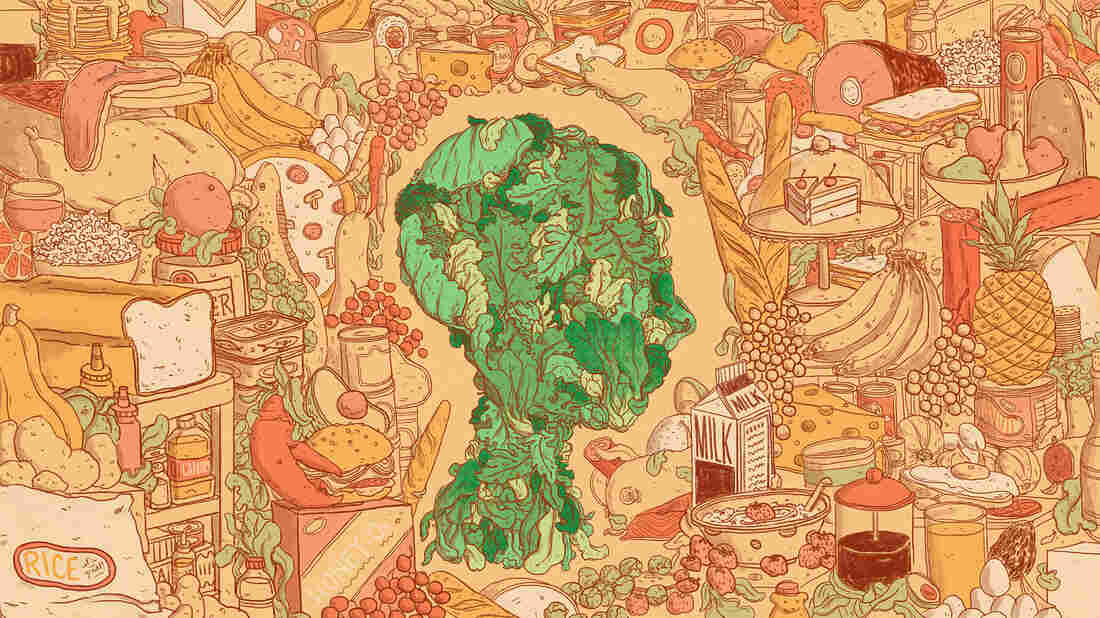 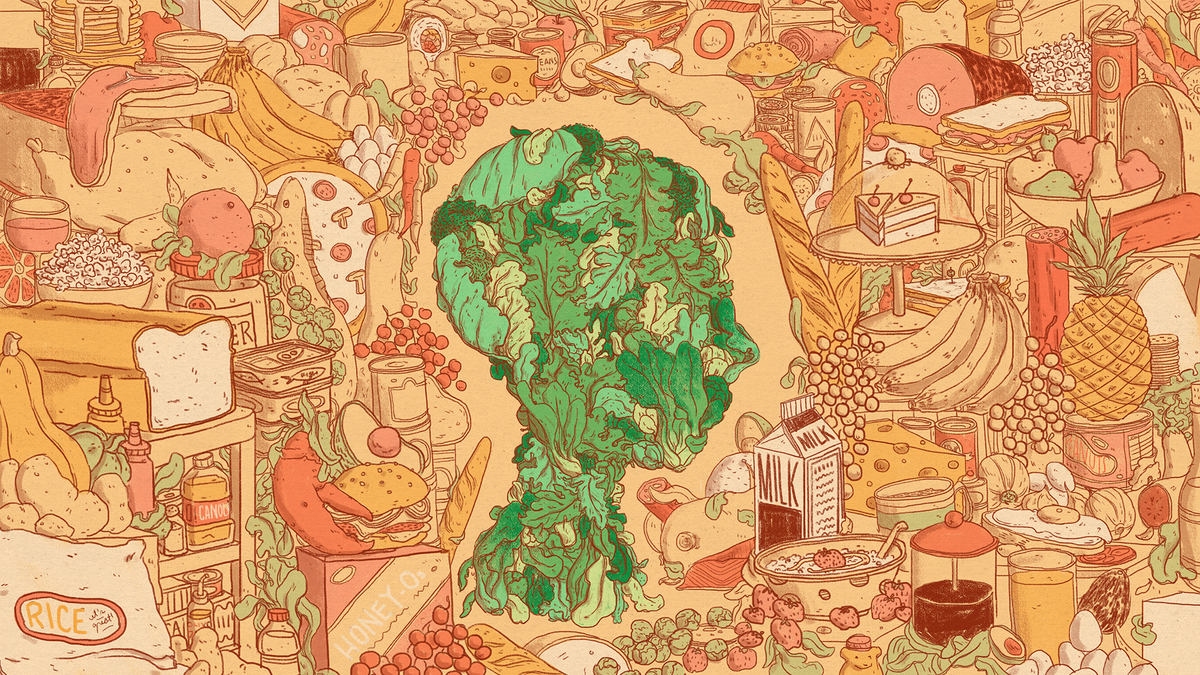 To age well, we must eat well. There has been a lot of evidence that heart-healthy diets help protect the brain.

The latest good news: A study recently published in Neurology finds that healthy seniors who had daily helpings of leafy green vegetables — such as spinach, kale and collard greens — had a slower rate of cognitive decline, compared to those who tended to eat little or no greens.

"The association is quite strong," says study author Martha Clare Morris, a professor of nutrition science at Rush Medical College in Chicago. She also directs the Rush Institute for Healthy Aging.

The research included 960 participants of the Memory and Aging Project. Their average age is 81, and none of them have dementia. Each year the participants undergo a battery of tests to assess their memory. Scientists also keep track of their eating habits and lifestyle habits.

To analyze the relationship between leafy greens and age-related cognitive changes, the researchers assigned each participant to one of five groups, according to the amount of greens eaten. Those who tended to eat the most greens comprised the top quintile, consuming, on average, about 1.3 servings per day. Those in the bottom quintile said they consume little or no greens.

After about five years of follow-up/observation, "the rate of decline for [those] in the top quintile was about half the decline rate of those in the lowest quintile," Morris says.

So, what's the most convenient way to get these greens into your diet?

"My goal every day is to have a big salad," says Candace Bishop, one of the study participants. "I get those bags of dark, leafy salad mixes."

A serving size is defined as a half-cup of cooked greens, or a cup of raw greens.

Does Bishop still feel sharp? "I'm still pretty damn bright," she tells me with a giggle. She isn't convinced that her daily salad explains her healthy aging.

She has other healthy habits, too. Bishop attends group exercise classes in her retirement community and she's active on several committees in the community.

Many factors play into healthy aging — this study does not prove that eating greens will fend off memory decline. With this kind of research, Morris explains, scientists can only establish an association — not necessarily causation — between a healthy diet and a mind that stays sharp.

Experts Make Their Recommendations on Vitamins

Still, she says, even after adjusting for other factors that might play a role, such as lifestyle, education and overall health, "we saw this association [between greens and a slower rate of cognitive decline] over and above accounting for all those factors."

Some prior research has pointed to a similar benefit. A study of women published in 2006 also found that high consumption of vegetables was associated with less cognitive decline among older women. The association was strongest with greater consumption of leafy vegetables and cruciferous vegetables — such as broccoli and cauliflower.

And, as NPR has reported, there's evidence that a Mediterranean-style diet — which emphasizes a pattern of eating that is rich in fish, nuts, vegetables and whole grains — may help stave off chronic diseases.

Turns out, these vegetables contain a range of nutrients and bioactive compounds including vitamin E and K, lutein, beta carotene and folate.

"They have different roles and different biological mechanisms to protect the brain," says Morris. More research is needed, she says, to fully understand their influence, but scientists know that consuming too little of these nutrients can be problematic.

For instance, "if you have insufficient levels of folate in your diet you can have higher levels of homocysteine," Morris says. This can set the stage for inflammation and a buildup of plaque, or fatty deposits, inside your arteries, which increases the risk of stroke. Research shows elevated homocysteine is associated with cognitive impairment among older adults.

Another example: Getting plenty of Vitamin E from foods in your diet can help protect cells from damage and also has been associated with better cognitive performance.

"So, when you eat leafy greens, you're eating a lot of different nutrients, and together they can have a powerful impact," Morris says.