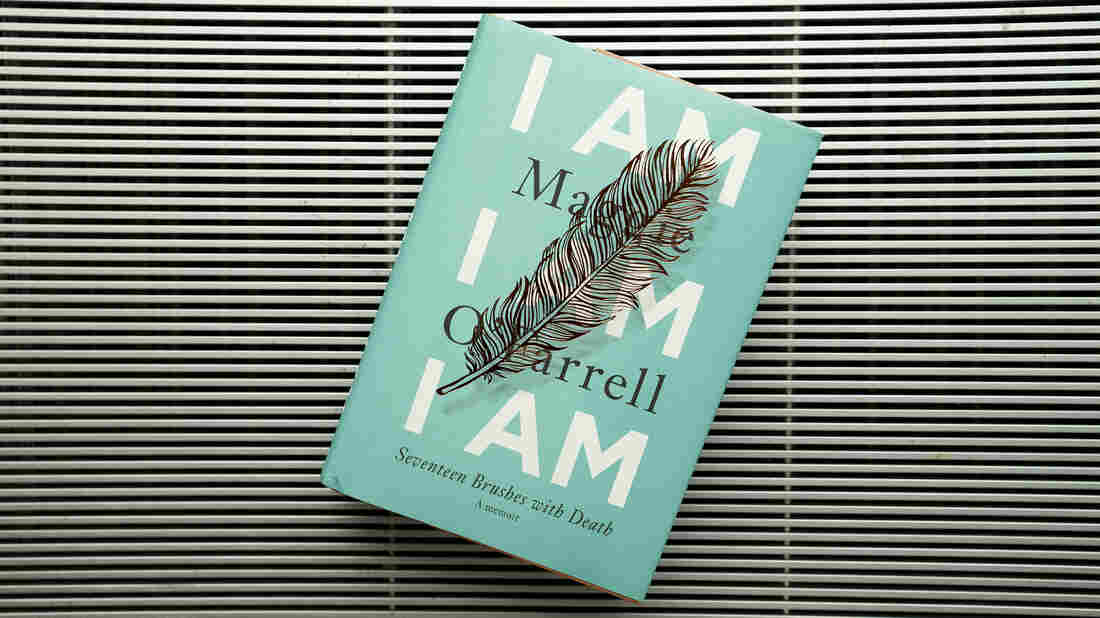 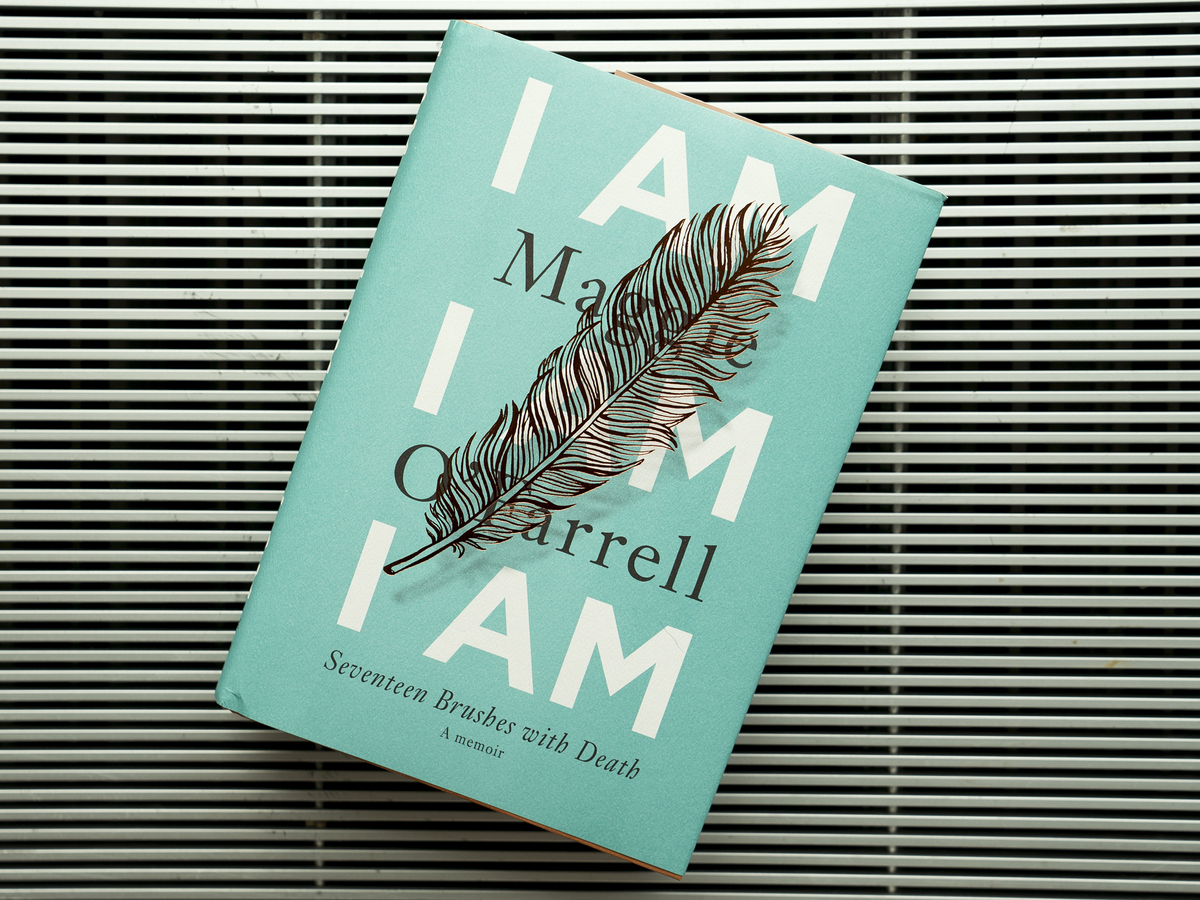 Writer Maggie O'Farrell has survived some terrifying episodes. She's had a machete pressed to her throat during a robbery, once contracted amoebic dysentery while traveling and nearly bled out while giving birth to her first child.

All told, O'Farrell says she has experienced 17 different brushes with death — each of which she details in her new memoir, I Am, I Am, I Am.

Are Near Death Experiences Real?

The book was inspired, in part, by O'Farrell's daughter, who was born with severe eczema and life-threatening allergies. O'Farrell says she wanted to understand what happens to people when they come "back from the brink."

"These experiences always take up residence inside us," she says. "We're different people afterwards. We're wiser, we're a little bit sadder — but also we value what we have."

I was on this walk ... and I realized I had seen [a man] further down the valley, and I still don't know how he got ahead of me to intercept me on the way up, and so I walked past him and then he came after me. And he said he wanted to show me a bird on the lake, and so he put his binocular strap around my neck, and I knew, as everybody does, that it wasn't right, it wasn't true, it wasn't just about the bird, and I knew he meant to harm me. ... I think there is a kind of almost animal instinct, a bit like dogs sniffing each other; you know that somebody means you harm.

So I talked my way out of it. I just ducked out under the binocular strap and I talked to him and I kept him talking and I asked him about the birds and I knew that the only way I could save myself — because he was a lot bigger than me and he was a lot stronger than me — the only way to get out of there was to use my brain instead. ...

Title
I Am, I Am, I Am
Subtitle
Seventeen Brushes with Death
Author
Maggie O'Farrell

[Police] didn't tell me anything, but they asked me about the incident in very close detail and then asked me to look at some photographs and to say if I saw the person with the binoculars among these photographs, which I did, and I pointed him out. I knew what had happened. I could sense it, and I said to them, "He has killed someone, hasn't he?" And they wouldn't tell me anything, but then a few days later I read in the newspaper that a girl had been killed, that she had been raped and then strangled and then buried not very far from where I had been walking.

On overhearing a nurse say she was going to die when she was hospitalized with encephalitis, a virus in her cerebellum, at age 8

As a child nobody tells you things. All the conversation about you and your illness and your symptoms and your prospects are all done elsewhere — they're all told to your parents when you're not in the room. So you have to become this person who picks up on things. You've got to look at ... the facial expressions of the people looking after you, your parents and the nurses and the doctors, you've got to try and interpret the silences around you, what people are saying and what they're not saying.

And so hearing from this nurse in the corridor mistakenly let slip that I was expected to die, I think that was the biggest shock to me. When I heard it, I knew it in a sense. It didn't come as a huge shock, but it made everything that was happening around me suddenly made sense. I thought, "Of course. Of course I'm dying. How did I not realize that?" ...

You couldn't hear that and not be changed by it. And then when I didn't die they said I wouldn't walk again, that I would lead a life of incapacity. And so for whatever reason, I managed to find a loophole out of both of those destinies that were mapped out for me. So I've always felt, really, since then, or I've grown up with this sense that I lived this almost charmed existence, that I managed to hoodwink these two paths in life, and almost as if I'm living on borrowed time or extra time. ... I've always been really filled with the idea that I must make the most of it and I must live the biggest and the broadest life I possibly can, because it's been a gift twice over.

On nearly bleeding out during the birth of her first child

I labored for three days — three very long days and nights, I would like to say — and after three days the baby's heartrate was dipping and it was showing signs of distress. So I said I really need to talk to a doctor. ... And the doctor who came to my bedside was the very same doctor who I had seen all those months before who had been so rude to me, and so I begged for a cesarean. ... And he did grant me a cesarean, but he said it would go down on my notes as medically unnecessary and thought I was being hysterical and lying.

So basically what happened in the operation was that because the labor had gone on for so long, my son had got jammed in an immovable position and so they had to kind of wrestle to get him out, poor child. And during that something must've ruptured because I started hemorrhaging and started losing blood. This is quite graphic, all my intestines came out. Everything came out of my abdomen, so they had to try to get it all back in again, and stop the bleeding and it was all going pretty badly wrong.

The most useful thing that someone told me — and this is a friend of mine who actually is a play therapist, so she's trained to play with children in hospital — and [what] she said to me is, "What you have to remember is that your emotions and your daughter's emotions are on a loop. So whatever you're feeling ... she is feeling — and vice-versa. ... If she is terrified and panicking, you need to be calm, because whatever calm and confidence you exude, she will pick up, because it's all in a loop."

And that's one of the single best pieces of advice I ever had on being a parent to a child with additional needs, that you've got to hang onto that.

Therese Madden and Thea Chaloner produced and edited this interview for broadcast. Bridget Bentz, Molly Seavy-Nesper and Scott Hensley adapted it for the Web.