Accessibility links
App Shows Closed Captions To Hearing-Impaired Theatergoers : Shots - Health News An estimated 48 million Americans suffer some degree of hearing loss. Now, a smartphone app makes it possible for the theatergoers among them to read closed captions on Broadway. 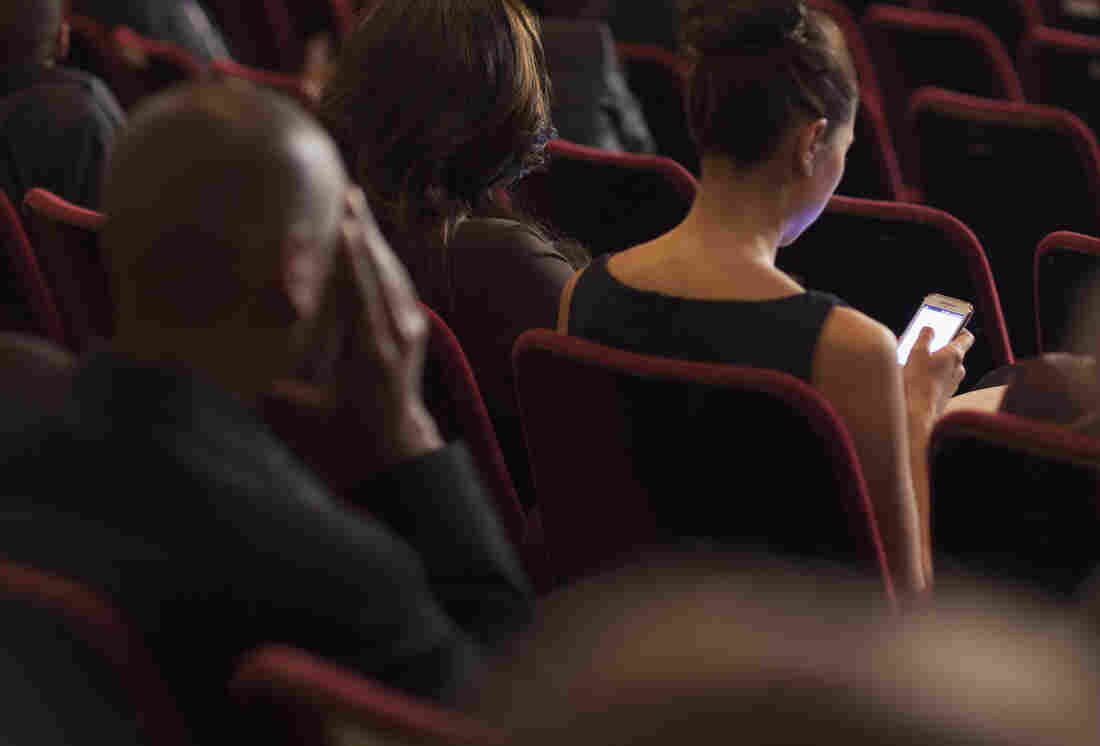 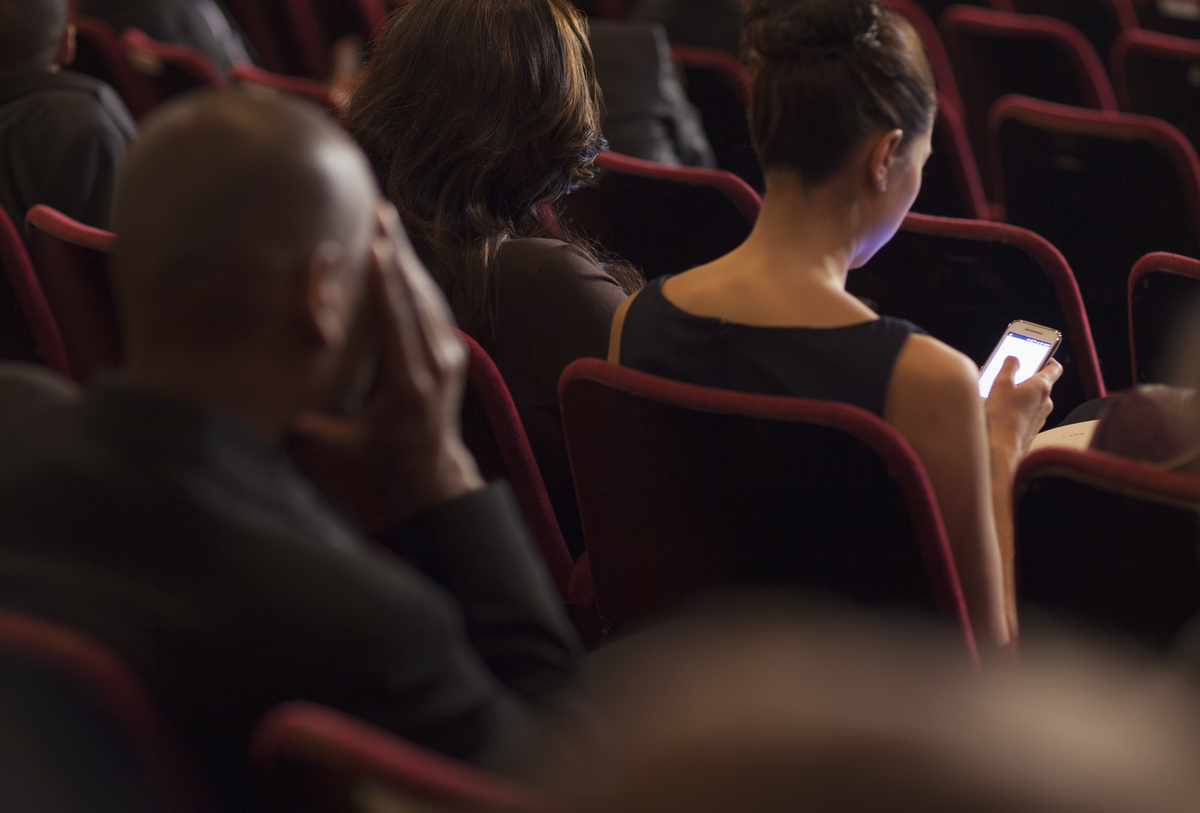 Seventeen Broadway theaters are now using technology that allows deaf and hearing-impaired patrons to see closed captions on their smartphones. Unlike the white smartphone background seen here, the GalaPro app screen is dark.

Jerry Bergman is sitting in the audience at a Broadway matinée performance of The Band's Visit. Despite the fact that a huge sign above the stage tells the audience — in English, Hebrew and Arabic — to turn off cellphones, Bergman is keeping his on so he can read closed captions while watching the show.

He is one of an estimated 48 million Americans who have some degree of hearing loss. And he is availing himself of new technology that allows deaf and hearing-impaired people to enjoy shows with something most people have in their pocket — a smartphone.

Bergman navigates the settings on his. "You need to put the phone in airplane mode and scroll down to the show. There you are, Band's Visit — and you can adjust the size like that," he says. "You can also adjust the brightness."

Bergman is a native New Yorker and member of the Hearing Loss Association of America. He wasn't born with impaired hearing. He says that as his hearing deteriorated, he found going to the theater frustrating. He and his advocacy group wanted to do something about it.

"We were considering bringing legal action against the Broadway theater community when we received a phone call from someone at the Shubert [Organization] asking if we'd be interested in collaborating with them, consulting with them to develop captioning access," he says. "Of course, it was music to our ears, no pun intended."

Up until 15 years ago, deaf theatergoers in New York had only occasional access to sign language performances, according to Robert Wankel, president of The Shubert Organization, which owns 17 Broadway theaters.

"We did try to make other seats available that may give people a little bit of access, but we really didn't have the technology," he says. "So, it was really a signed performance or nothing."

In 2003, one Broadway theater began offering closed-captioned devices to patrons who requested them. Within a few years, most other theaters followed. But access was limited to the number of units each theater had.

Kyle Wright spearheaded the current accessibility initiative for The Shubert Organization and the Broadway League, which represents producers and theater owners. Now, he says, "We can accommodate one person, we can accommodate groups of people, because we're not relying on having enough technology in hand to facilitate this. So, we don't just have 10 or 20 [closed-captioning devices], we have as many as people want to use [because they're using] their own devices."

The free smartphone app, GalaPro, was developed by an Israeli tech startup called GalaPrompter. "The services that we provide are either captions or subtitles which are written on a black screen," says CEO Yonat Burlin. "And we've developed the app in a way that that black screen doesn't disturb anyone else around [the hearing-impaired patrons]. There's no backlight, there's no flashing, there's no messages coming in because the phone is on airplane mode."

It also has voice-recognition software. "We load a script into a computer that then learns to hear those words," Kyle Wright explains. "So if an actor stops, it stops. If an actor skips 20 pages, God forbid, then it skips with [them]. ... And this becomes very important in shows like with John Leguizamo, who, by virtue of being a one-man show, jumps around based on the audience."

By July, every theater on Broadway will offer the app. Its developers say it will be able to provide audio description for blind and low-vision patrons, in addition to closed captioning.

In the end, Jerry Bergman is happy he didn't have to file a lawsuit.

"We have a saying: 'Please don't do for us, do with us.' And the reason is that the hearing-loss spectrum ranges from the casual person who can put on a headset who doesn't even wear hearing aids, to people like myself who are severe-to-profoundly hearing-impaired and almost deaf without our hearing aids. So you know this is a solution that we helped bring about in a way that works for everybody, including the deaf community. That's wonderful."

Audience members can check out the Theater Access New York City website to find out which shows offer the app.