Young Kids Are Getting The Best Protection From Current Flu Vaccine

Young Kids Are Getting The Best Protection From Current Flu Vaccine 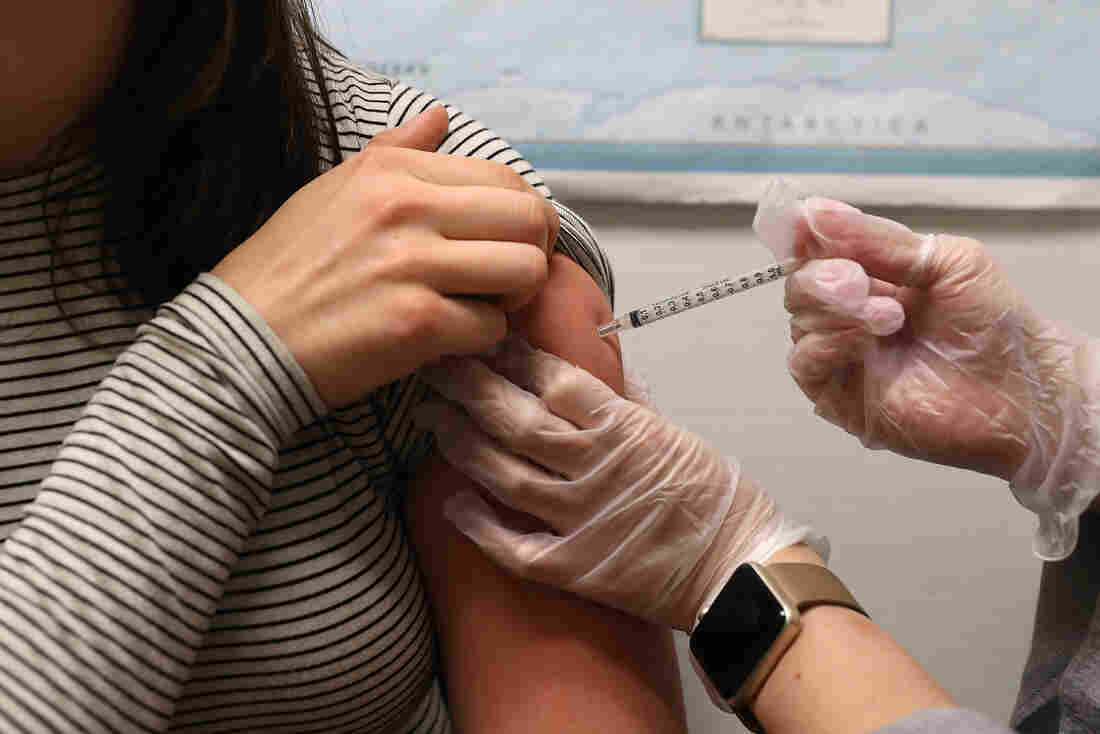 Simone Groper got her flu shot in January at a Walgreens pharmacy in San Francisco. Flu season will likely last a few more weeks, health officials say, and immunization can still minimize your chances of getting seriously sick. Justin Sullivan/Getty Images hide caption 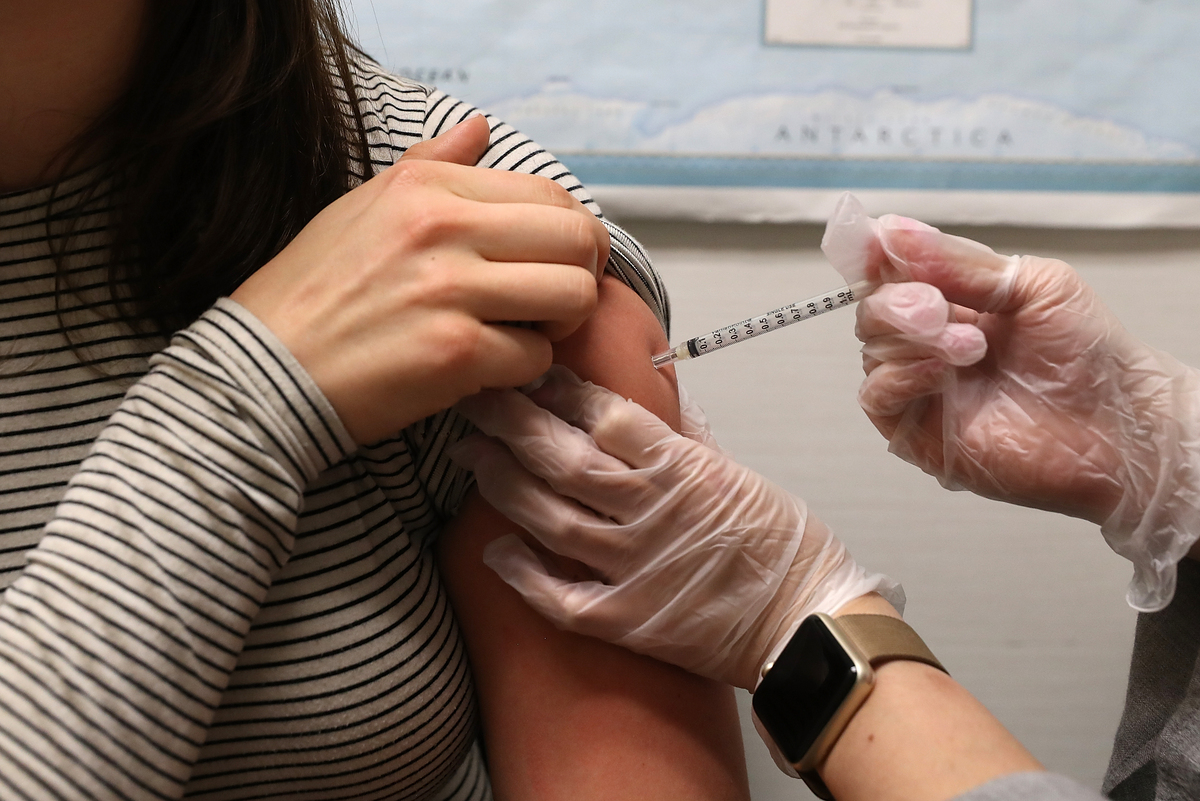 Simone Groper got her flu shot in January at a Walgreens pharmacy in San Francisco. Flu season will likely last a few more weeks, health officials say, and immunization can still minimize your chances of getting seriously sick.

Federal health officials say that, as they anticipated, the flu vaccine isn't very effective this year — but they say it has still prevented thousands of serious illnesses and deaths.

The Centers for Disease Control and Prevention figures that, overall, the flu vaccine is 36 percent effective at preventing disease. One bright point for parents of young kids: Children ages 6 months to 8 years responded significantly better to the vaccine than older Americans.

"Even with current vaccine effectiveness estimates, vaccination will still prevent influenza illness, including thousands of hospitalizations and deaths," scientists from the CDC reported in the issue of Morbidity and Mortality Weekly Report published Thursday. And health officials say it's still not too late to get vaccinated — they expect flu season will last at least another few weeks.

According to this preliminary study, which will be updated at the end of the flu season, the current flu vaccine is not quite as poor as health officials had feared. A study in Australia suggested the vaccine would be only about 10 percent effective against the H3N2 virus, and a preliminary study from Canada two weeks ago put that figure at 17 percent.

Also encouraging is news that the H3N2 strain of flu is becoming somewhat less common, relative to the other strains that are more easily quelled by the vaccine.

Scientists are still trying to puzzle out why the vaccine was relatively ineffective this season. One possibility is that the vaccine virus is generally grown in eggs, and during that process it picks up genetic changes that make it a poorer match to protect against the virus that's being spread by sneezes, coughs and contaminated surfaces.

The CDC scientists also note that a person's immune response to a vaccine depends in part on age, vaccination history and previous infections. That could explain why children have been responding better to this season's vaccine. The risk of serious illness in the 6 months to 8 years age group was reduced by 59 percent among children who were infected with the H3N2 strain.

Last week, the CDC reported that about 10 percent of hospitalizations in the United States are due to the flu, making this a particularly nasty season. As of last week, the season had not yet peaked.

People who have fever, cough and other flu symptoms are urged to stay home to avoid spreading the disease. Seriously ill patients are advised to call a doctor before deciding whether to go to the emergency room.