Accessibility links
To Prevent Cancer, Teens Should Get HPV Vaccine Before They're Sexually Active : Shots - Health News The HPV vaccine can prevent cervical cancer in women and some cancers in men. It's most effective when given early in adolescence. But a new analysis finds only 29 percent of teens get it by age 13. 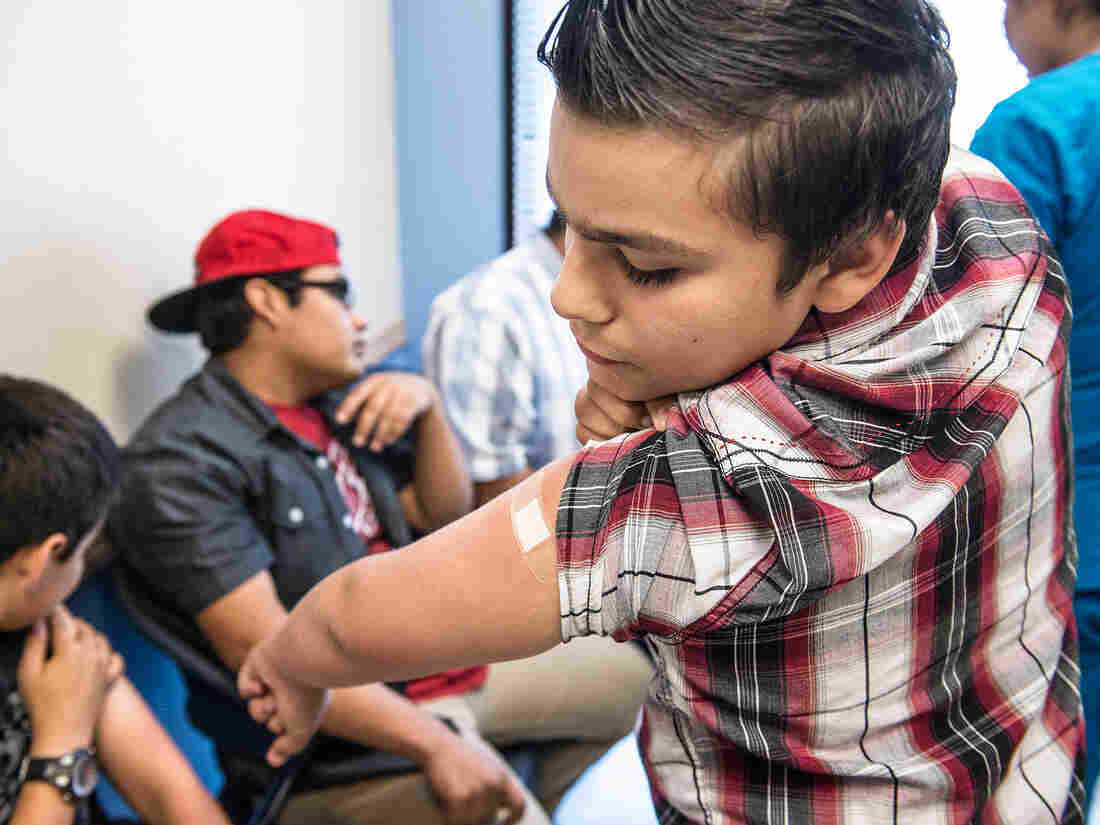 Abraham Vidaurre, 12, checks his arm after receiving an HPV vaccination at Amistad Community Health Center in Corpus Christi, Texas, in 2016. Though gender differences in vaccine rates have narrowed, more girls than boys tend to get immunized against HPV. The Washington Post/The Washington Post/Getty Images hide caption 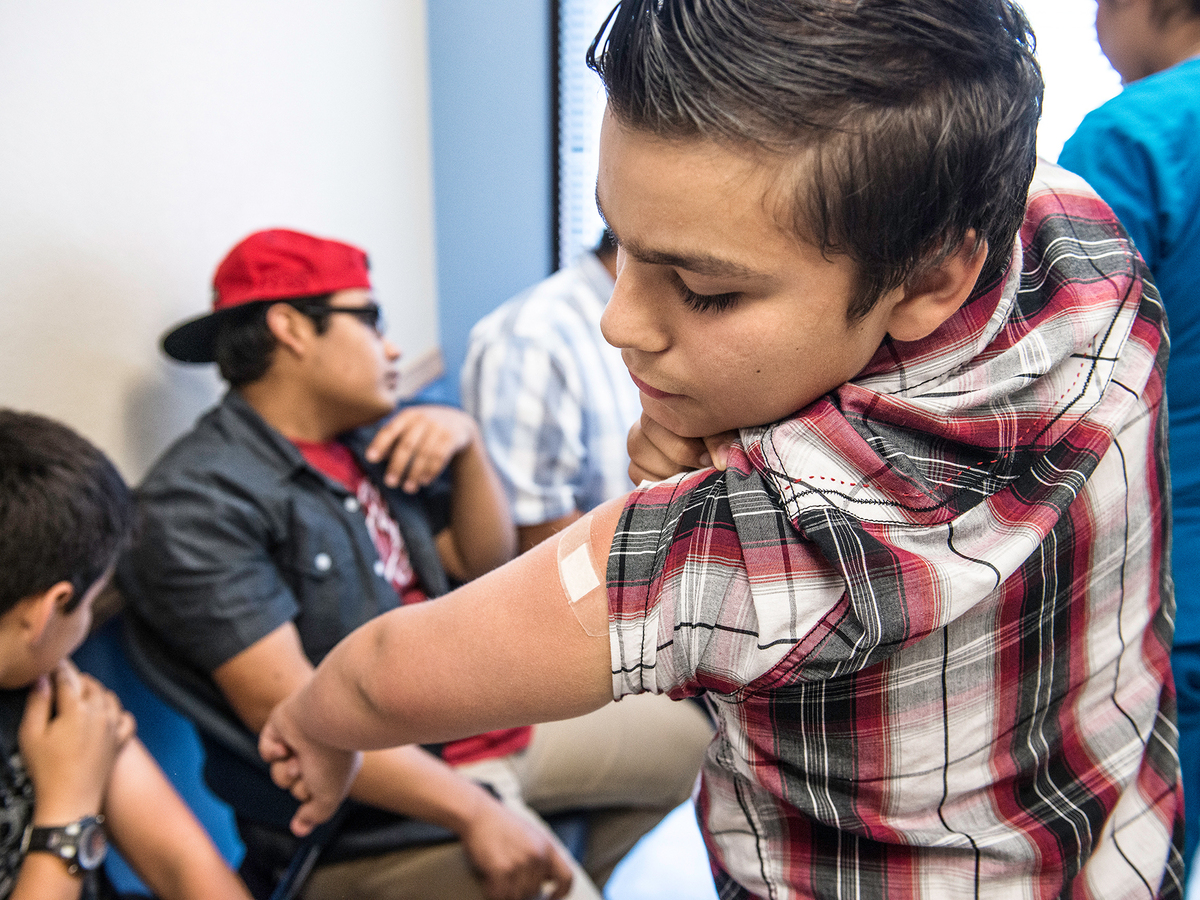 Abraham Vidaurre, 12, checks his arm after receiving an HPV vaccination at Amistad Community Health Center in Corpus Christi, Texas, in 2016. Though gender differences in vaccine rates have narrowed, more girls than boys tend to get immunized against HPV.

Each year, about 31,000 men and women in the U.S. are diagnosed with a cancer caused by an infection from the human papillomavirus, or HPV. It's the most common sexually transmitted virus and infection in the U.S.

In women, HPV infection can lead to cervical cancer, which leads to about 4,000 deaths per year. In men, it can cause penile cancer. HPV also causes some cases of oral cancer, cancer of the anus and genital warts.

But a new analysis from the Blue Cross Blue Shield Association finds only 29 percent of the teens its members insure receive a first dose of the HPV vaccine by their 13th birthday. And the CDC finds, nationally, only 43 percent of teens are up-to-date on all the recommended doses of the vaccine.

"It's important for 12 and 13-year-olds to get the HPV vaccine to provide immunity so that when they may be exposed to HPV later in life, typically through sexual activity, they have protection, says Dr. Margaret Stager, of the Metro Health Medical Center in Cleveland. She's a pediatrician and spokesperson for the American Academy of Pediatrics.

HPV immunization rates have been rising in the decade or so since the first vaccine became available, but pediatricians still hear pushback from some parents. Stager says she's heard questions such as: "Why are we giving this vaccine to my [11-year-old] girl? She's not going to be having sex — so why are we doing this now?"

There are two reasons to vaccinate at this age. First, there's a more effective immune response if it is given in early adolescence. And second: "It works best if given before any sexual exposure."

Though gender differences in vaccine rates have narrowed, more girls than boys get the HPV vaccine. This may be because the recommendation to vaccinate boys began in 2011, years after it was first recommended for girls.

Meanwhile, it's clear that males are getting HPV-related cancers. "We're seeing a trend in adult men with oral cancers related to HPV," says Stager. These oropharyngeal cancers occur in the back of the throat, including the base of the tongue and tonsils. Oral HPV cancer is much more common in men than women.

"This is the [age] group of men that did not have the opportunity to get the HPV vaccine," she says.

So what's the connection between HPV and oral cancer? "It's related to oral sex," Stager explains.

The CDC has documented an increase in the cases of HPV-related cancers in men in recent years, with a significant increase in oropharyngeal cancer.

"The fastest growing segment of the oral and oropharyngeal cancer population are otherwise healthy, nonsmokers in the 25-50 age range," according to the Oral Cancer Foundation.

For young men and women, it may not be too late to get the vaccine.

The CDC says those who missed being vaccinated as teenagers, can still benefit from getting the HPV vaccine through their early and mid-20s.