Accessibility links
The Trump Administration Wants To Allow Insurance Plans That Don't Meet Obamacare Standards : Shots - Health News The Department of Health and Human Services is proposing a rule that would expand short-term policies that don't have to meet the Affordable Care Act's benefit requirements. 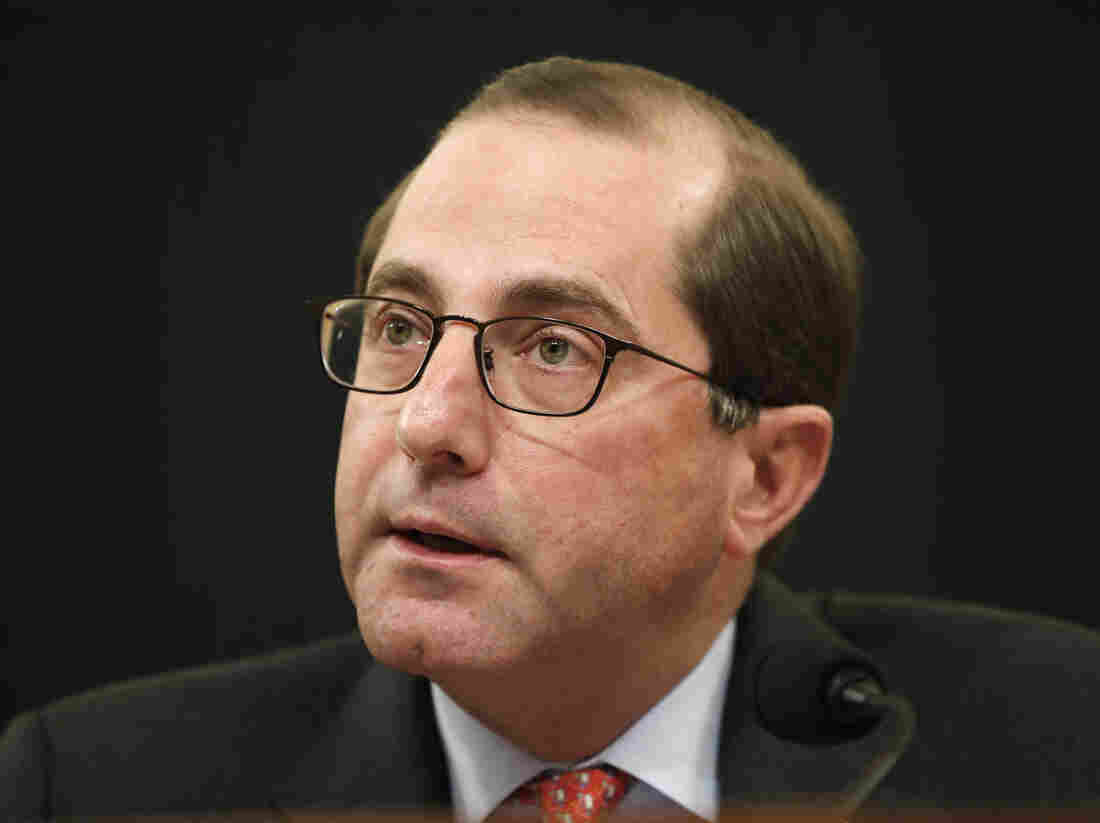 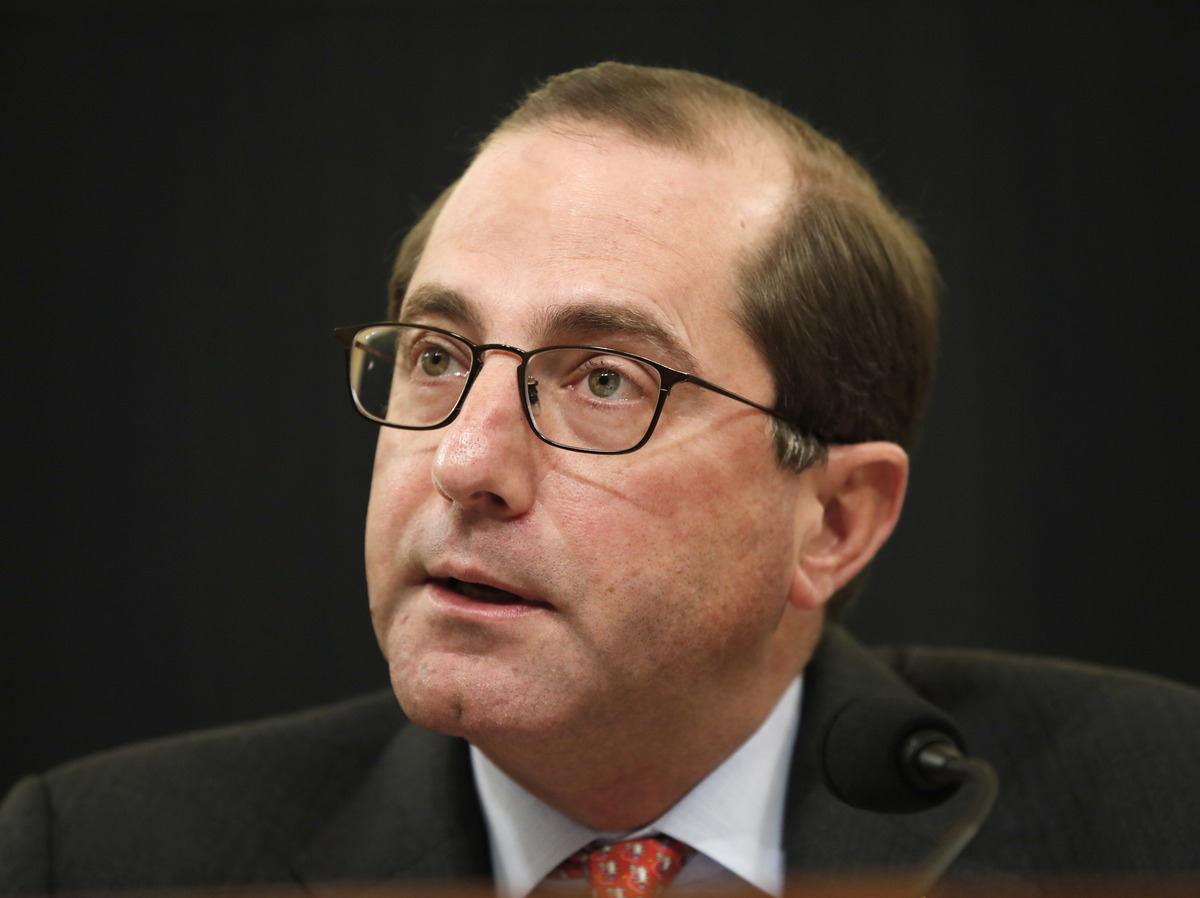 Health and Human Services Secretary Alex Azar speaks to the House Ways and Means Committee last week in Washington about the FY19 budget.

The Trump administration wants to allow insurance companies to offer more policies that have limited health benefits and that can reject customers if they have pre-existing medical conditions.

"It's one step in the direction of providing Americans with health insurance options that are both more affordable and more suited to individual and family circumstances," Azar said in a conference call with reporters Tuesday.

HHS, along with the departments of Labor and Treasury, is proposing new rules that would expand access to short-term insurance policies.

The plans are meant to offer people limited coverage if they are between jobs or in need of insurance during a life transition.

Under the Affordable Care Act, or Obamacare, short-term plans can last up to three months. But the Trump administration wants to extend that time limit to a year, or more.

"In 2008, one of the important policy motivators for what ultimately became the ACA was protecting people from so-called mini-med plans that provided coverage in name only," says Rodney Whitlock, a health care consultant with ML Strategies who worked as a Republican staffer on the Senate Finance Committee when the Affordable Care Act was written. "But in a world without the individual mandate, short-term health plans make perfect sense. Now people who have no utilization can go out and buy coverage with no benefits."

Short-term plans don't have to include the minimum essential health benefits — such as mental health care or prescription coverage — that have to be included in an ACA-compliant policy. And insurance companies can refuse to offer coverage to someone with a pre-existing medical condition, or charge people more money if they're likely to need more care.

"The expansion of short-term health insurance plans is part of a strategy to create a parallel insurance market that does not comply with the ACA's rules," Larry Levitt, senior vice president of the Kaiser Family Foundation, said on Twitter.

Officials believe that if enough healthy people buy insurance it will bring down the price for sicker people. But the extensive benefits and more expensive customers drove up the price of coverage for young healthy people.

Seema Verma, the administrator of the Centers for Medicare and Medicaid Services, which also runs the federal ACA exchange, says she expects between 100,000 and 200,000 people will drop their ACA coverage in exchange for stripped down, short-term plans.

And she says she expects millions of people who currently have no coverage will opt to buy a short-term policy to get minimum coverage.

Larry Levitt worries an exodus from the ACA market will hurt the people who need insurance the most.

The American Cancer Society's lobbying arm said in a statement that it worries that the new rules could leave people vulnerable to unexpected health care costs.

The new rules "can make these policies inexpensive, they also create plans with potentially inadequate coverage."

The proposed rule is open for public comment for the next 60 days. Verma says the agency is looking for input as to how long short-term policies should last, and whether consumers will be able to renew them, essentially turning them into permanent insurance options.