Accessibility links
Surgery In Old Age Can Hurt More Than Help : Shots - Health News Nearly 1 in 3 Medicare patients undergoes an operation in the final year of life. The benefits are often limited, but the costs and side effects can be substantial. 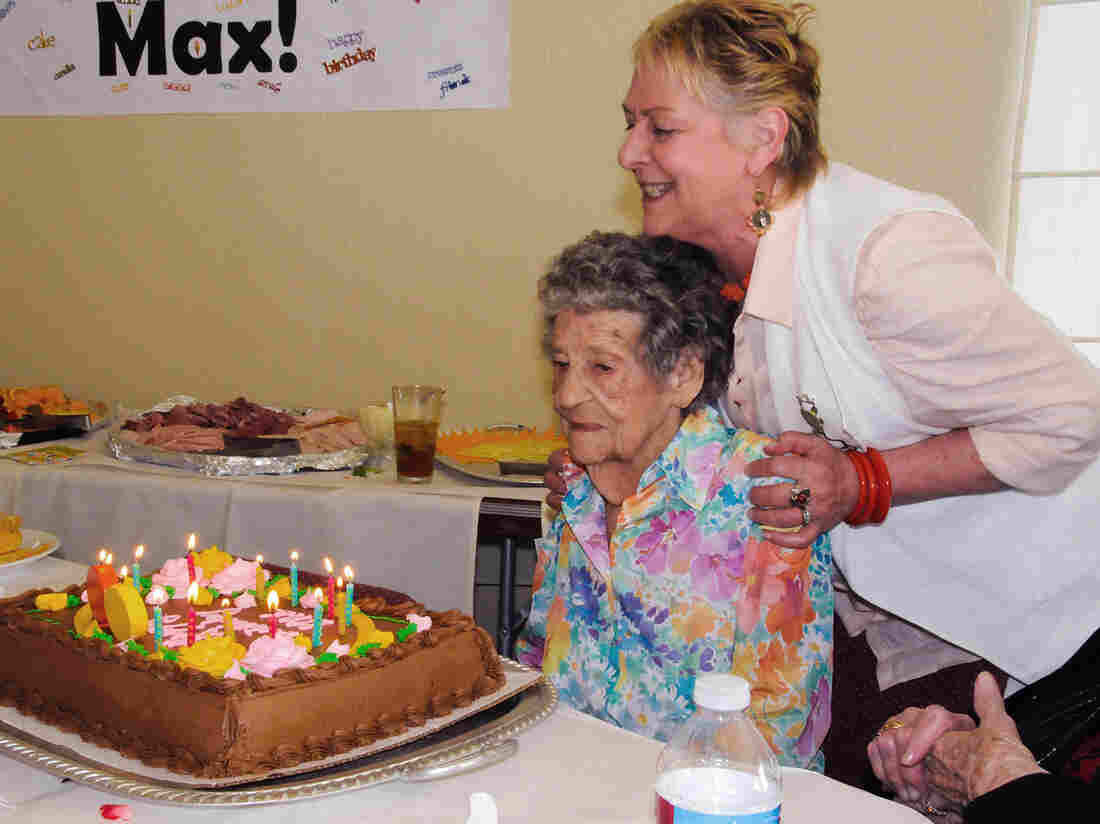 Maxine Stanich celebrated her 90th birthday with friends and family in 2010, more than two years after her implanted defibrillator was deactivated by Dr. Rita Redberg to comply with Stanich's "do not resuscitate" directive. Courtesy of Susan Giaquinto/Kaiser Health News hide caption 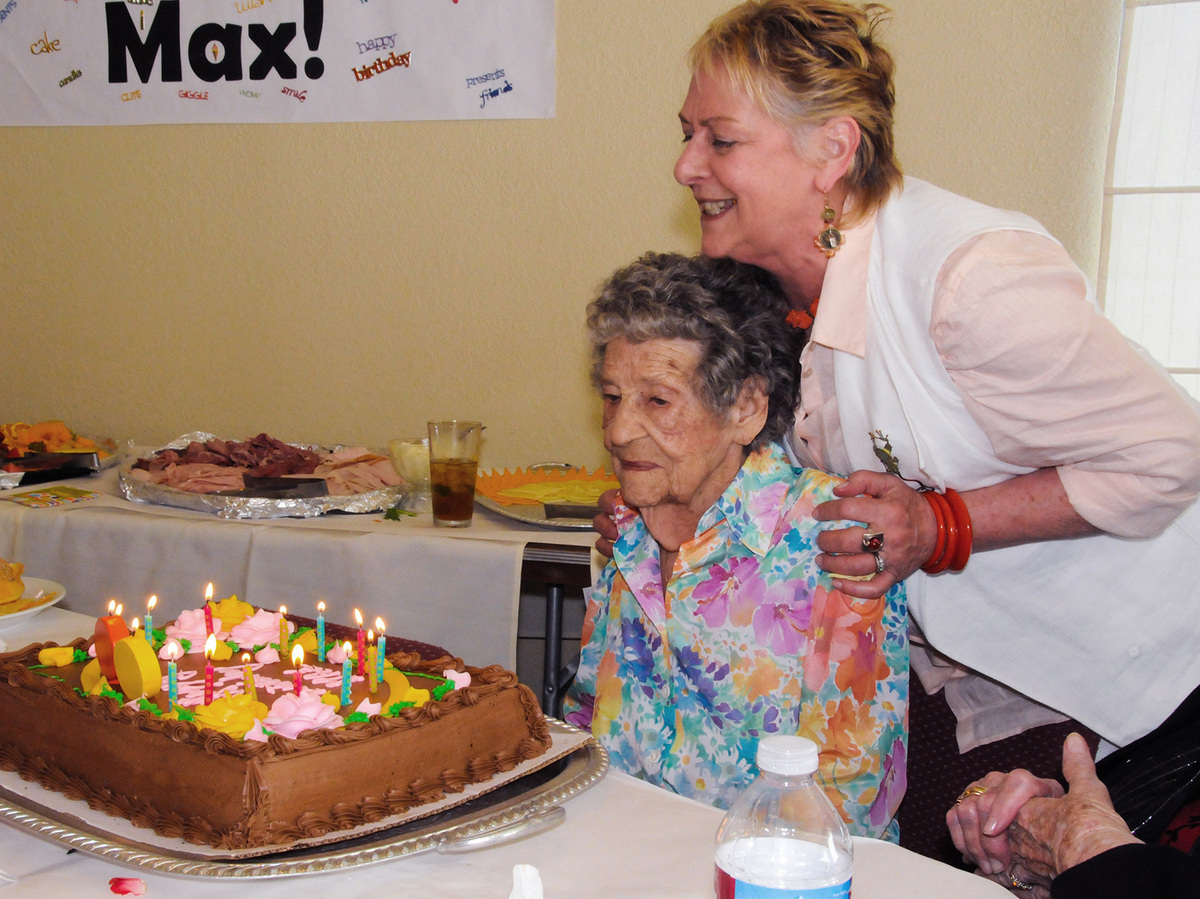 Maxine Stanich celebrated her 90th birthday with friends and family in 2010, more than two years after her implanted defibrillator was deactivated by Dr. Rita Redberg to comply with Stanich's "do not resuscitate" directive.

At 87, Maxine Stanich cared more about improving the quality of her life than prolonging it.

She suffered from a long list of health problems, including heart failure and chronic lung disease that could leave her gasping for breath.

When her time came she wanted to die a natural death, Stanich told her daughter, and she signed a "do not resuscitate" directive, or DNR, ordering doctors not to revive her should her heart stop.

Yet a trip to a San Francisco emergency room for shortness of breath in 2008 led Stanich to get a defibrillator implanted in her chest — a medical device to keep her alive by delivering a powerful shock to her heart if it started beating irregularly.

At the time, Stanich didn't fully grasp what she had agreed to, even though she signed a document granting permission for the procedure, said her daughter, Susan Giaquinto.

That clarity came only during a subsequent visit to a different hospital, when a surprised ER doctor saw the defibrillator protruding from Stanich's thin chest. It was the first time a doctor clearly explained what the defibrillator would mean for Stanich, said Giaquinto, who accompanied her mother on both hospital trips.

To Stanich's horror, the ER doctor explained that the device wouldn't allow Stanich to slip away painlessly. Instead, the defibrillator would give her a jolt "so strong that it will knock her across the room," Giaquinto said.

Surgery like Stanich's defibrillator implantation has become all too common among those near the end of life, experts say. Nearly 1 in 3 Medicare patients undergoes an operation in the year before death, even though the evidence shows that many are more likely to be harmed than to benefit from it. 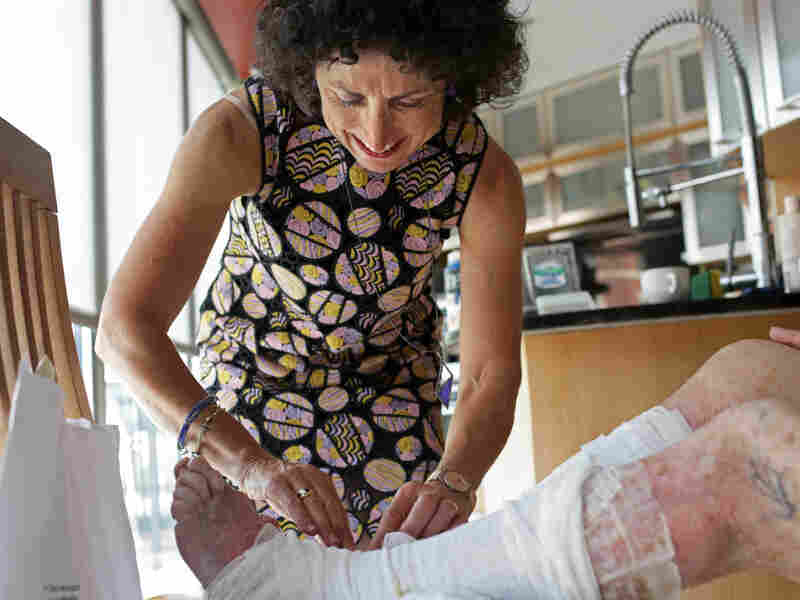 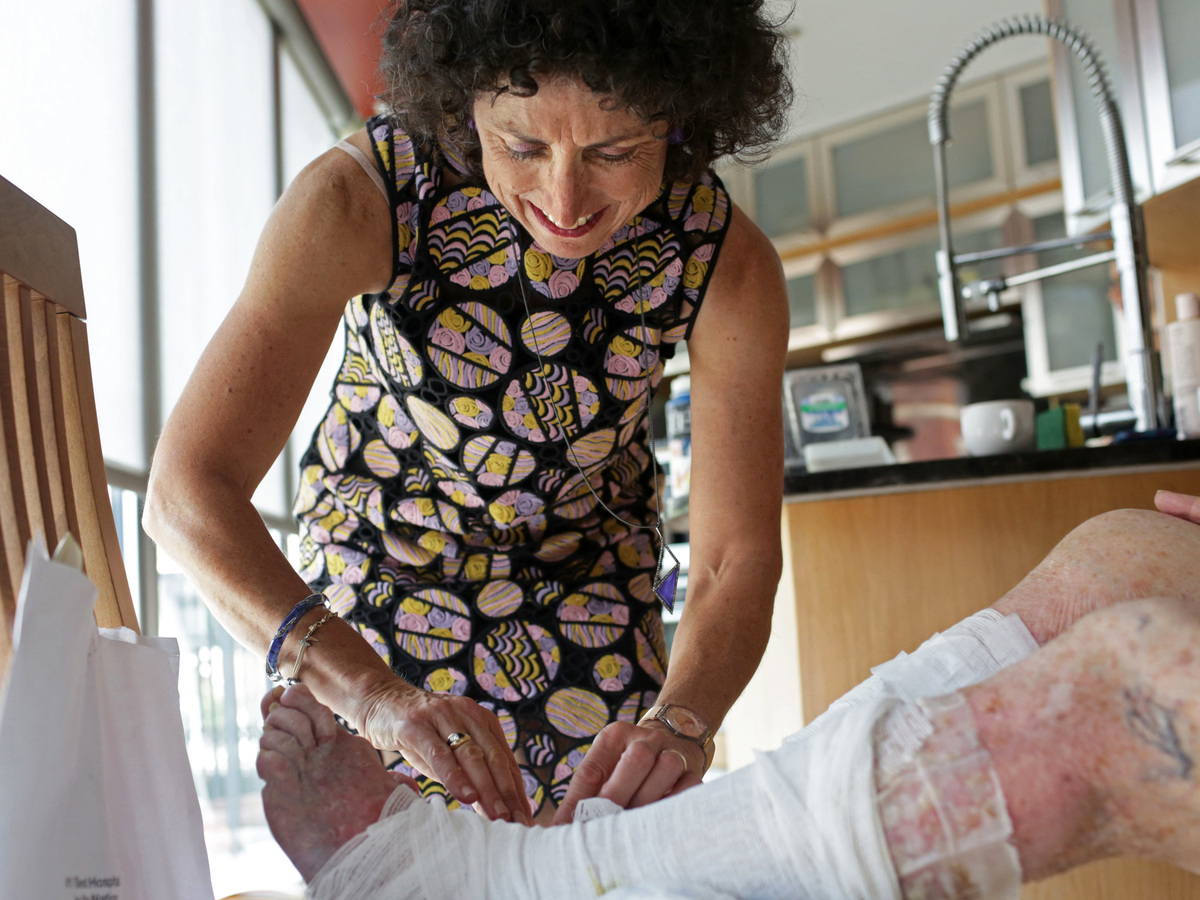 The practice is driven by financial incentives that reward doctors for doing procedures, as well as a medical culture in which patients and doctors are reluctant to talk about how surgical interventions should be prescribed more judiciously, said Dr. Rita Redberg, a cardiologist who treated Stanich when she sought care at the second hospital a week after her defibrillator was implanted.

"We have a culture that believes in very aggressive care," said Redberg, who specializes in heart disease in women at the University of California, San Francisco. "We are often not considering the chance of benefit and chance of harm, and how that changes when you get older. We also fail to have conversations about what patients value most."

While surgery can be lifesaving for younger people, operating on frail, older patients rarely helps them live longer or returns the quality of life they once enjoyed, according to a 2016 paper in Annals of Surgery.

The cost of these surgeries — typically paid for by Medicare, the government health insurance program for people over 65 — involve more than money, said Dr. Amber Barnato, a professor at the Dartmouth Institute for Health Policy and Clinical Practice. Older patients who undergo surgery within a year of death spent 50 percent more time in the hospital than others, and nearly twice as many days in intensive care.

And while some robust octogenarians have many years ahead of them, studies show that surgery is also common among those who are far more frail.

Eighteen percent of Medicare patients have surgery in their final month of life and 8 percent in their final week, according to a 2011 study in The Lancet.

More than 12 percent of defibrillators were implanted in people older than 80, according to a 2015 study. Doctors implant about 158,000 of the devices each year, according to the American College of Cardiology. The total cost of the procedure runs about $60,000.

Procedures performed in the elderly range from major operations that require lengthy recoveries to relatively minor surgery performed in a doctor's office, such as the removal of nonfatal skin cancers that would likely never cause any problems.

Research led by Dr. Eleni Linos has shown that people with limited life expectancies are treated for nonfatal skin cancers as aggressively as younger patients. Among patients with a nonfatal skin cancer and a limited time to live, 70 percent underwent surgery, according to her 2013 study in JAMA Internal Medicine.

When less is more

With diminished mental acuity and an old-fashioned respect for the medical profession, some aging patients are vulnerable to unwanted interventions. Stanich agreed to a pacemaker defibrillator simply because her doctor suggested it, Giaquinto said. Many people of Stanich's generation "thought doctors were God ... They never questioned doctors — ever."

According to the University of Michigan's National Poll on Healthy Aging, published Wednesday, more than half of adults ages 50 to 80 said doctors often recommend unnecessary tests, medications or procedures. Yet half of those who'd been told they needed an X-ray or other test – but weren't sure they needed it – went on to have the procedure anyway.

Dr. Margaret Schwarze, a surgeon and associate professor at the University of Wisconsin School of Medicine and Public Health, said that older patients often don't feel the financial pain of surgery because insurance pays most of the cost.

When a surgeon offers to "fix" the heart valve in a person with multiple diseases, for example, the patient may assume that surgery will fix all of her medical problems, Schwarze said. "With older patients with lots of chronic illnesses, we're not really fixing anything." 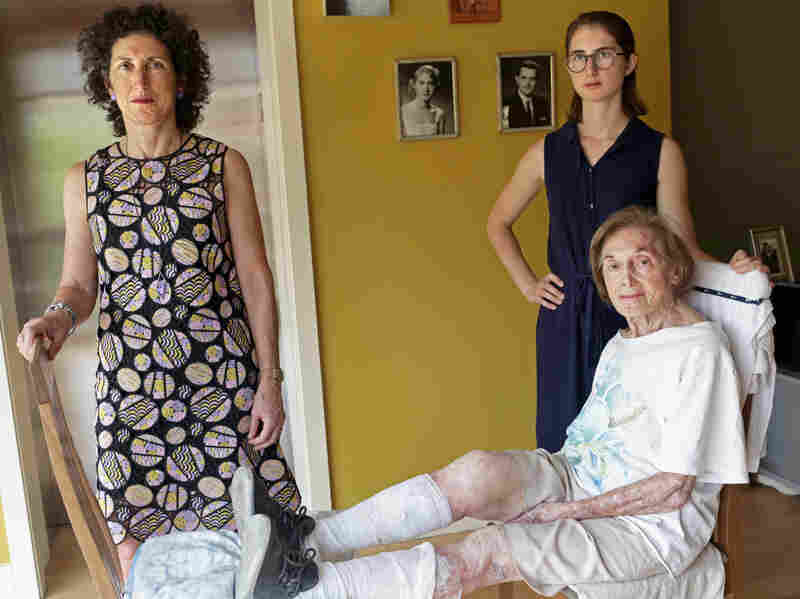 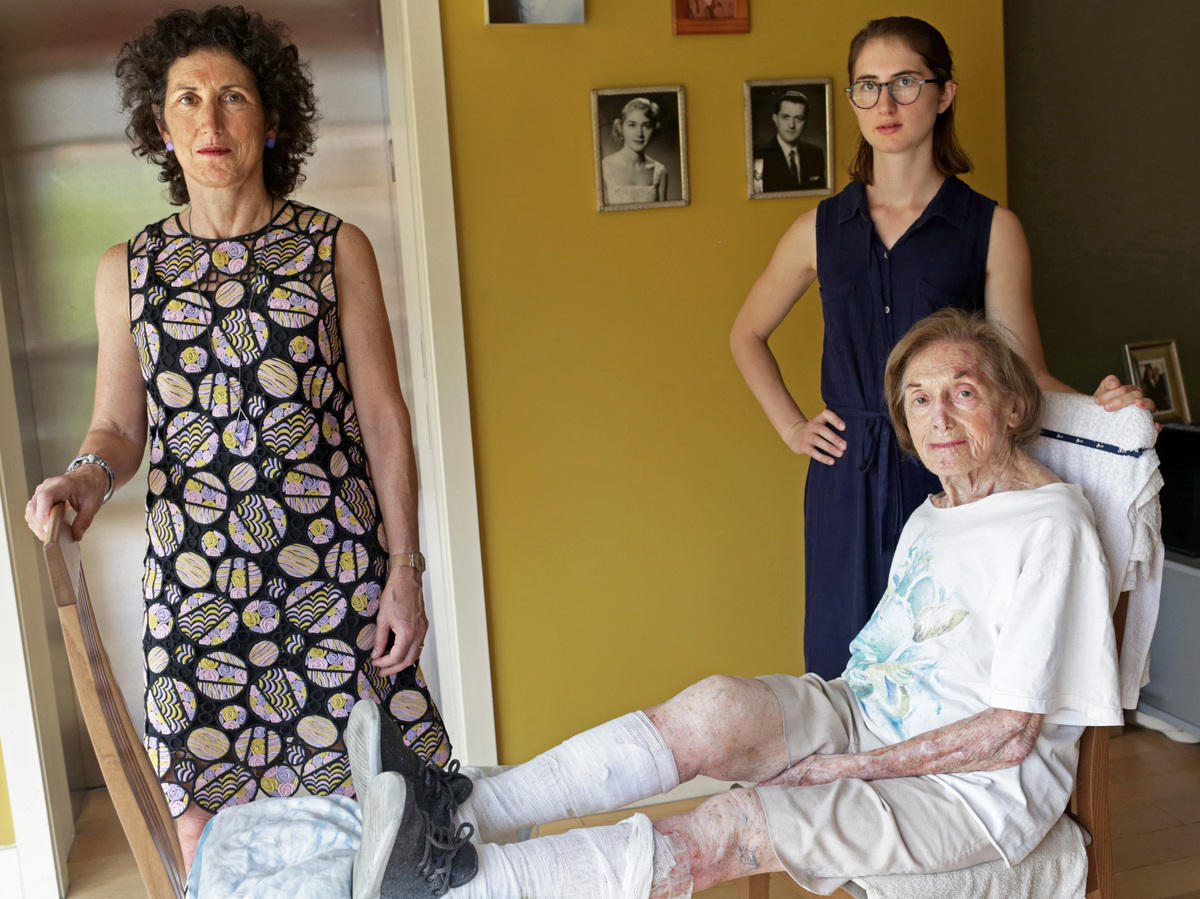 Even as a doctor, Redberg said, she struggles to prevent other doctors from performing too many procedures on her 92-year-old mother, Mae, who lives in New York City.

Redberg said doctors recently treated her mother for melanoma — the most serious type of skin cancer. After the cancer was removed from her leg, Redberg's mother was urged by a doctor to undergo an additional surgery to cut away more tissue and nearby lymph nodes, which can harbor cancerous cells.

"Every time she went in, the dermatologist wanted to refer her to a surgeon," Redberg said. "Medicare would have been happy to pay for it."

But her mother often has problems with wound healing, she said, and recovery would likely have taken three months. When Redberg pressed a surgeon about the benefits, he said the procedure could reduce the chances of cancer coming back within three to five years.

Redberg said her mother laughed and said, "I'm not interested in doing something that will help me in three to five years. I doubt I'll be here."

The momentum of hospital care can make people feel as if they're on a moving train and can't jump off.

The rush of medical decisions "doesn't allow time to deliberate or consider the patients' overall health or what their goals and values might be," said Dr. Jacqueline Kruser, an instructor in pulmonary and critical care medicine and medical social sciences at the Northwestern University Feinberg School of Medicine.

After Kaiser Permanente Washington introduced the tools relating to joint replacement, the number of patients choosing to have hip replacement surgery fell 26 percent, while knee replacements declined 38 percent, according to a 2012 study in the journal Health Affairs. (Kaiser Permanente isn't affiliated with Kaiser Health News, which is an editorially independent program of the Kaiser Family Foundation.)

In research findings published last year in JAMA Surgery and the Journal of Pain and Symptom Management, Schwarze, Kruser and colleagues suggested creating narratives to illustrate surgical risks, rather than relying on statistics.

Instead of telling patients that surgery carries a 20 percent risk of stroke, for example, doctors should lay out the best, worst and most likely outcomes.

In the best-case scenario, a patient might spend weeks in the hospital after surgery, living the rest of her life in a nursing home. In the worst case, the same patient dies after several weeks in intensive care. In the most likely scenario, the patient survives just two to three months after surgery.

"If someone says they can't tolerate the best-case scenario — which involves them being in a nursing home — then maybe we shouldn't be doing this," Schwarze said.

Maxine Stanich died in 2010, just after her 90th birthday. Although Redberg had deactivated the defibrillator at Stanich's request, it remained in her chest.