Accessibility links
The Widespread Flu Epidemic Has Finally Peaked And Is Slowing Down, Says The CDC : Shots - Health News The flu epidemic has peaked, the CDC said Friday. Activity declined last week, but the disease is still widespread and dangerous. And it's still not too late to get a flu shot. 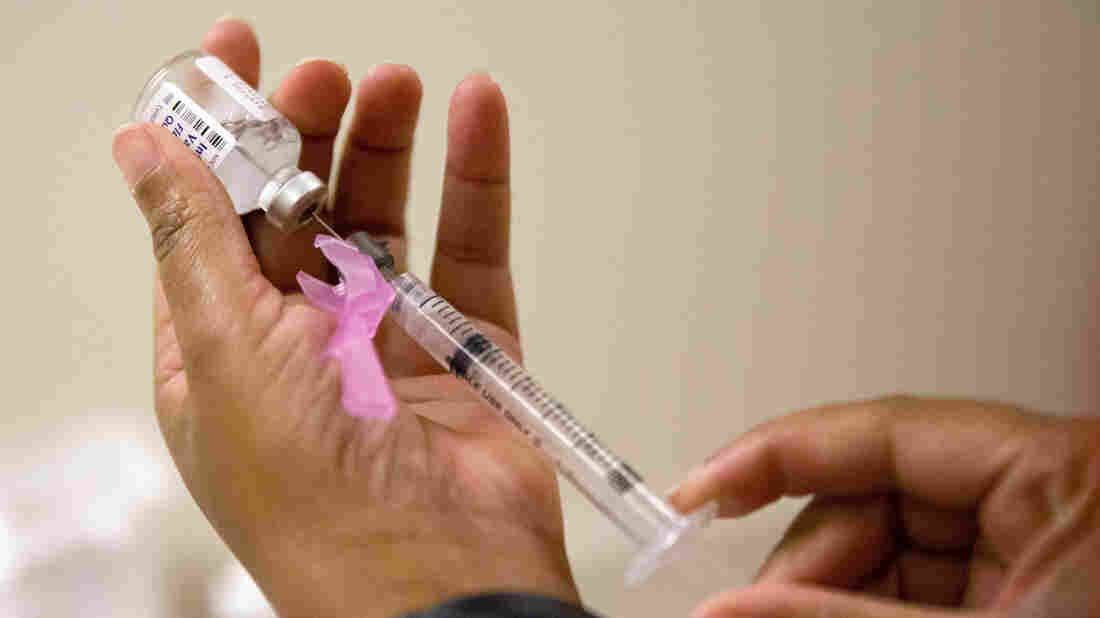 A nurse prepares a flu shot at the Salvation Army in Atlanta last month. The disease is still "widespread" in many places, but slowing. David Goldman/AP hide caption 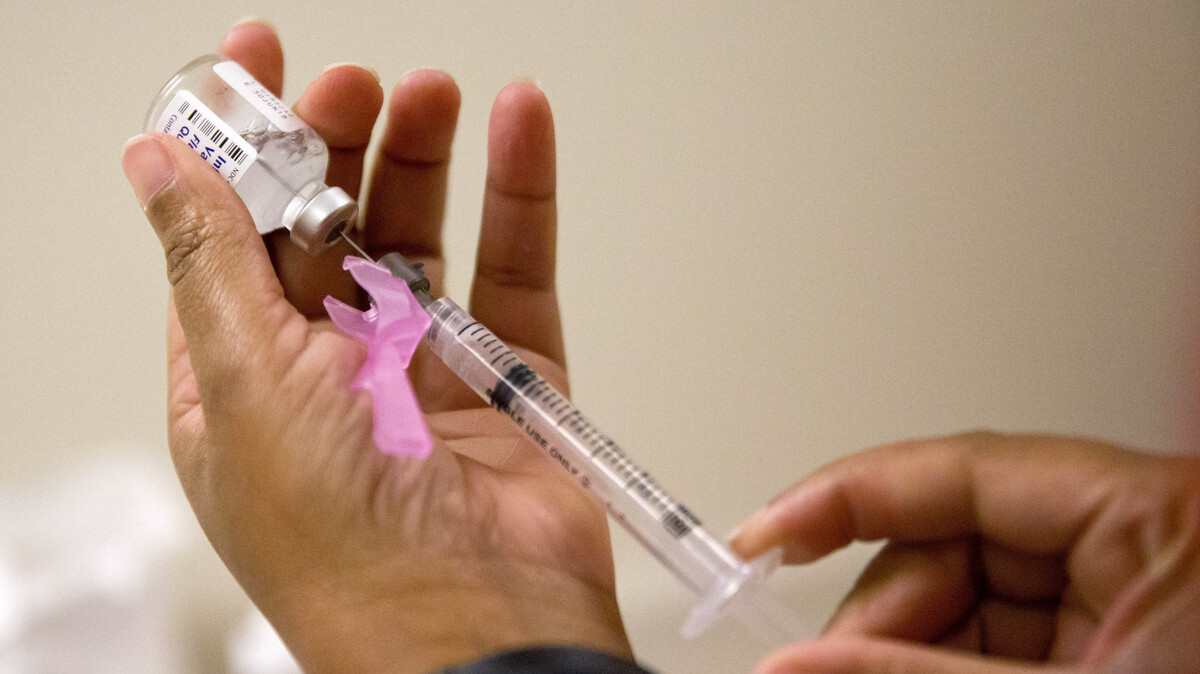 A nurse prepares a flu shot at the Salvation Army in Atlanta last month. The disease is still "widespread" in many places, but slowing.

Flu is still rampant across the United States, but the Centers for Disease Control and Prevention reports that the epidemic has peaked. It eased a bit last week, for the second week in a row.

Influenza is still claiming lives. The CDC reported 17 flu deaths among children last week, bringing the total pediatric deaths to 114. Adult deaths from the flu are not tracked directly.

The disease is "widespread" in 45 states and Puerto Rico. But health officials in Oregon, Minnesota, Texas, New Hampshire, Hawaii and the District of Columbia report that they're seeing only regional or local flu activity.

How Long Are You Contagious With The Flu?

"That's a very good sign that activity is decreasing. There still is a lot of flu out there," says Dr. Alicia Fry who works in the influenza division at the CDC.

One gauge of flu activity is reports of "influenza-like illness" as a percentage of all medical visits to a particular set of medical facilities that gather this data. That figure dropped from 7.5 percent of all visits three weeks ago, to 5 percent last week. The baseline figure, in the absence of a flu outbreak, is 2.2 percent. The reports of influenza-like-illness also declined the previous week – a hopeful trend.

"We could have six more weeks of flu. Now, it could be shorter. We don't know. It's really hard to predict flu, but it could be a month and a half," says Fry.

Health officials noted a substantial decline in the number of tests positive for Influenza A viruses, which have been dominant this year and less likely to be blocked by the flu vaccine. Influenza B cases also declined and now appear to be responsible for about half of all illnesses in this surveillance network.

Overall, 9 percent of deaths in the U.S. during the week of February 10 were caused by flu and pneumonia, the CDC reports. By that measure, flu is still considered to be at epidemic levels.

This flu season is one of the most severe in recent years. Unfortunately, the vaccine was not very effective this year, and that made matters worse. Even so, health officials say it's not too late to get vaccinated. Using past seasons as a guide, flu is likely to be spreading in the weeks to come.