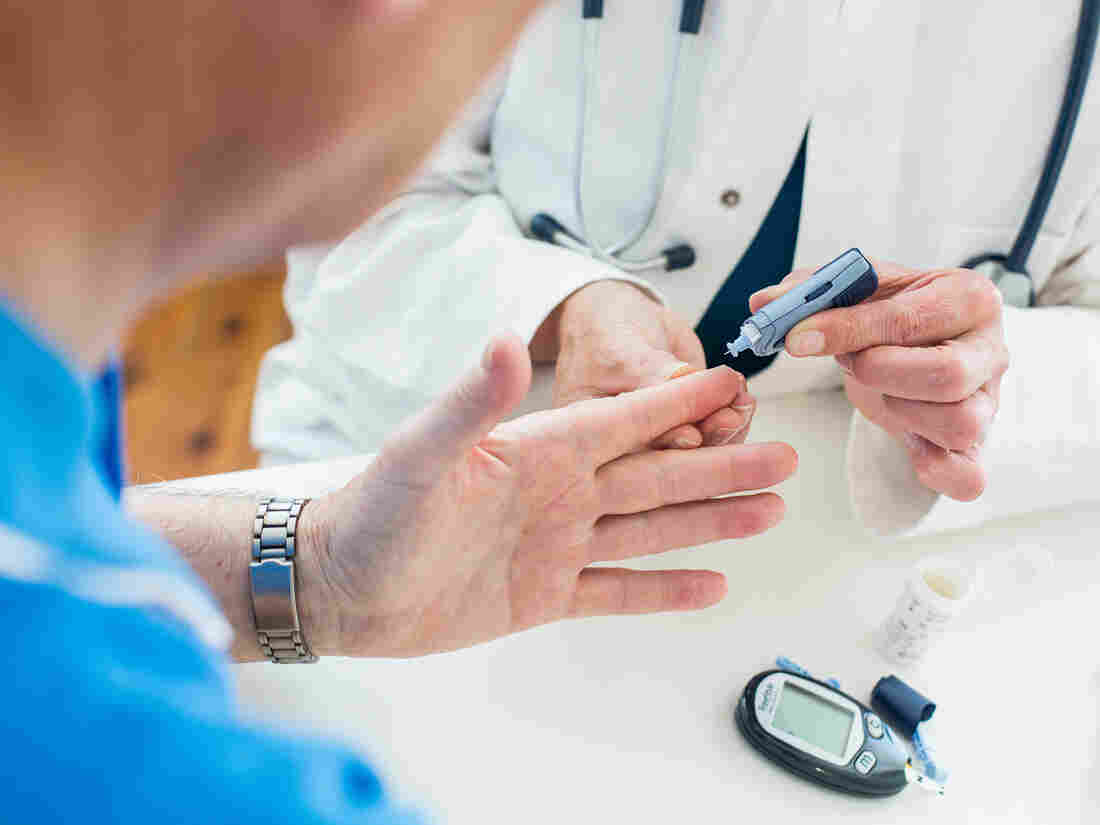 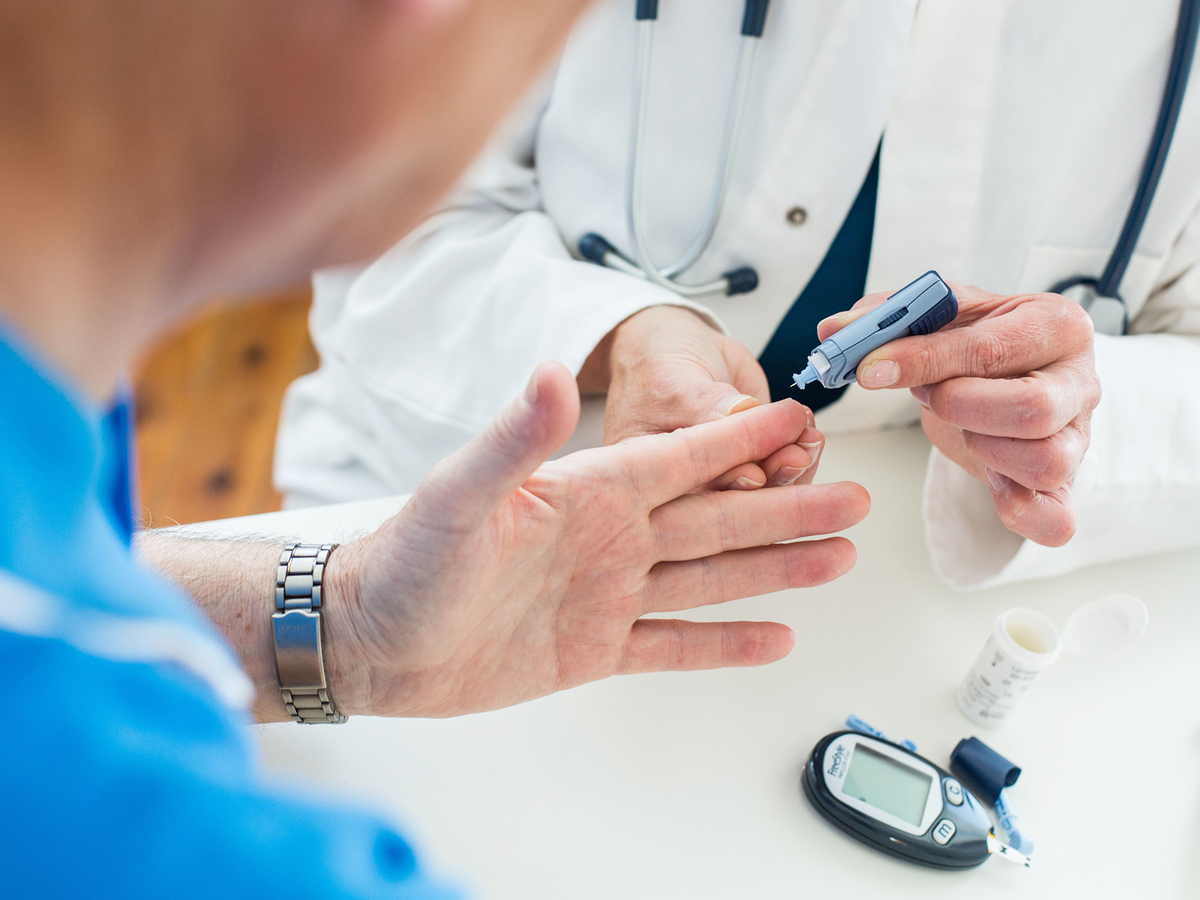 Half a dozen medical groups have looked carefully at the best treatment guidelines for the 29 million Americans who have Type 2 diabetes and have come up with somewhat differing guidelines.

The American College of Physicians has reviewed those guidelines to provide its own recommendations, published in the Annals of Internal Medicine. It has decided that less stringent goals are appropriate for the key blood sugar test, called the A1C.

"There are harms associated with overzealous treatment or inappropriate treatment focused on A1C targets," says Dr. Jack Ende, president of the ACP. "And for that reason, this is not the kind of situation where the college could just sit back and ignore things."

The ACP, which represents internists, recommends that doctors aim for an A1C in the range of 7 to 8 percent, not the lower levels that other groups recommend.

For people who have already achieved a lower level, "consider de-intensifying treatment," Ende says. "That is, reducing one of the medications, stopping a medication, just allow the A1C to be between 7 and 8."

Some studies have shown that people who have aggressively pushed to lower their blood sugar are at somewhat higher risk of premature death. People also suffer from low blood sugar as a result of aggressive treatment.

That was the case for Valerie Pennington, a special-needs teacher who lives in Odessa, Mo. She was diagnosed in her mid-40s and put on an aggressive treatment regime.

"The nurse at school — because I was going low so much — made me get an alarm clock." Otherwise, she says, she didn't realize when she was about to faint. "At one point, one of the children actually had to save me because I had just zoned out."

Pennington also had trouble losing weight because one of the drugs she took for diabetes often leads to weight gain.

The upside for her — and it's a big one — is that once she was off that drug, she shed 100 pounds and has been able to keep her blood sugar in the normal range.

She says her general-practice doctor wasn't fixated on a particular number for her A1C, "but my ophthalmologist would always check the number because above 6.5 the chances of getting retinopathy grow."

"The moment your glucose goes above normal, it's incurring damage to the back of the eye, to kidneys and to nerves, especially in your feet," he says.

Grunberger says he is stunned to see the American College of Physicians giving more weight to the risks of low blood sugar than the benefits of keeping it under control.

"My concern is this will be a message to many practicing physicians saying, 'Well, don't worry about it so much, because it's OK,' " he says.

He is even more surprised by the suggestion to let a patient's blood sugar levels rise if the A1C is below 7 percent. He says that is based on a misinterpretation of old studies conducted for purposes other than setting optimal blood sugar levels.

"We stand by our guidelines," says Dr. William Cefalu, chief scientific, medical and mission officer of the ADA.

Cefalu says, for one thing, the new guidance gives short shrift to a new generation of drugs that are in use to control blood sugar, "and these drugs do have less risk for hypoglycemia [low blood sugar] and some have very favorable effects on body weight and other cardiovascular risk factors."

Everyone does agree on one thing: There is no one-size-fits-all solution.