Accessibility links
Cigna Buying Express Scripts : Shots - Health News The proposed merger is the latest in a string of big health care business combinations, as companies within the industry look for leverage and savings. 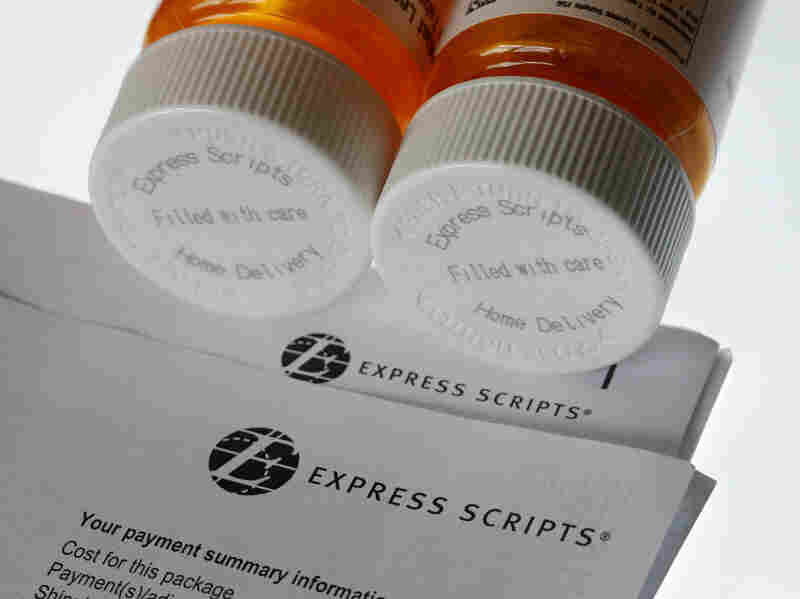 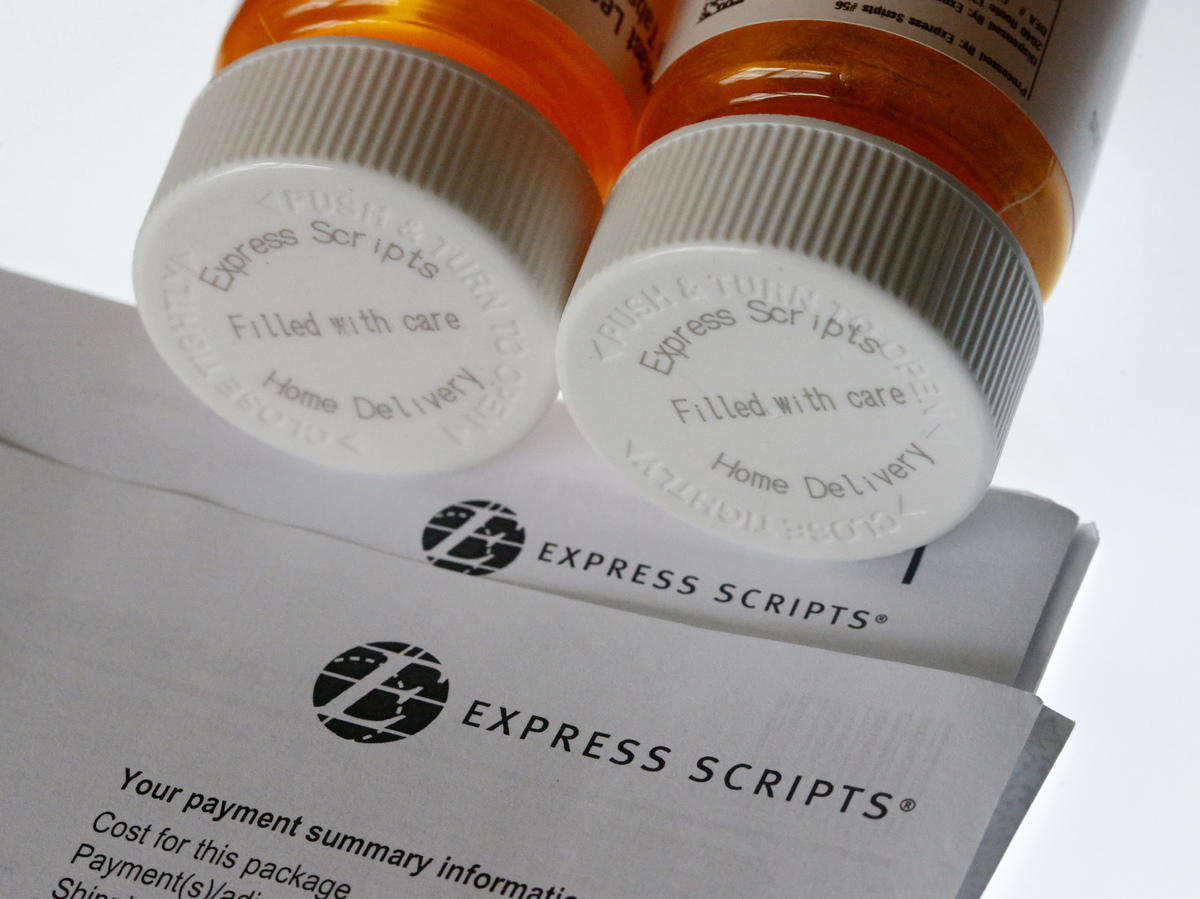 Health insurer Cigna is looking to increase its muscle by buying Express Scripts, a leading manager of prescription benefits.

Health insurance giant Cigna is buying Express Scripts, the company that administers prescription drug insurance plans for millions of Americans, in a deal worth $67 billion, including $15 billion in Express Scripts' debt.

The proposed combination is the latest in a string of mergers in the health care industry. Drugstore chains, pharmacy benefit managers and insurers are realigning to gain market share, enhance negotiating leverage and cut costs.

Cigna is one of the nation's largest insurance companies. Express Scripts is the second-biggest PBM; it manages prescription drug benefits for about 80 million people.

"We're at a tipping point," says Stephen Klasko, president and CEO of Jefferson Health and Thomas Jefferson University in Philadelphia. He says this deal is the beginning of a major realignment in what is now a fragmented health care system.

"Cigna-Express Scripts by itself isn't anywhere close to a revolution," he says. "But the combination of mergers across sectors is the beginning of a revolution."

Cigna and Express Scripts say the combination of the companies will make health care simpler for their customers and will cut costs.

Klasko says it will "de-layer the ridiculous middleman structure" that defines the pharmaceutical industry.

Express Scripts and other PBMs usually negotiate rebates on the list price of medications and pass on some of the discounts to the insurance companies they work with. Those discounts, however, remain secret so the true prices paid for prescription drugs is usually unknown.

FDA Commissoner Scott Gottlieb on Wednesday called that system a "rigged payment scheme" that drives competition out of the market.

The combination of Express Scripts and Cigna could be good for customers in terms of their health care because the interests of the companies that pay for medications will be aligned with the ones who pay the doctor and hospital bills, says Craig Garthwaite, director of the Health Enterprise Management Program at Northwestern's Kellogg School of Management.

"If I'm just responsible for your pharmacy spending, I want to make that as low as possible," he says. For example, a PBM may not pay for expensive but easy-to-administer insulin for a patient with diabetes.

"But if I'm responsible for your medications and your hospital costs, I want to make it easier for you to take your drugs so I can prevent that hospital visit," he says.

What's less clear is whether the prices of insurance or medications will go down for consumers.

The companies say they expect the deal to close by the end of 2018, but it must pass antitrust and regulatory scrutiny.

The merger announcement comes in the same week that Health and Human Services Secretary Alex Azar and the FDA's Gottlieb both warned the pharmaceutical industry that they intend to take actions to lower prescription drug prices.

A previous version of this story incorrectly referred to the grocery chain Albertsons as Alberton.