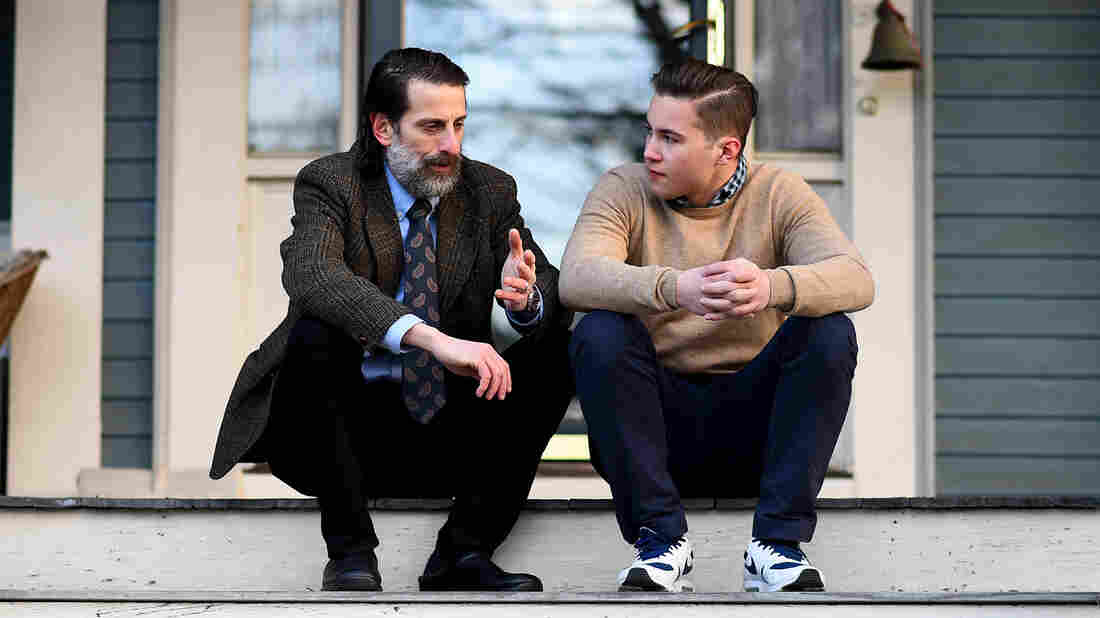 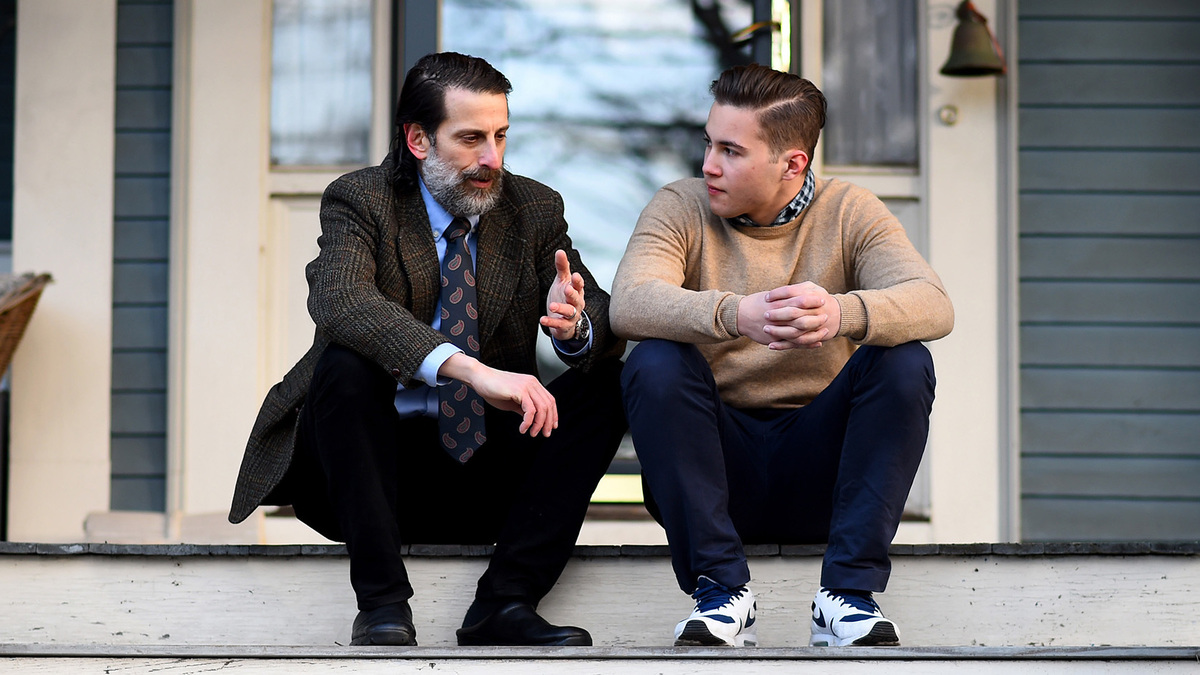 As Alex Rivero biked around town raising money for the Newton North High School football team last fall, the 17-year-old started getting pretty good at guessing which houses were worth the door knock. He'd look for lights on and listen for kids' voices.

When he found a house that looked promising, he would stop.

At one place, Dr. Lee Goldstein opened the door. Goldstein cares a great deal about high school football. It's what he was thinking about when the doorbell rang.

"I was writing about these postmortem pathology specimens — brains — from teenagers who had played football," says Goldstein.

Clearly visible in the boys' brains were tell-tale brown areas, the early signs of the same disease found in the brains of more than 100 former pro football players: CTE, or Chronic Traumatic Encephalopathy.

"This is the beginning of a dementing process that will destroy a brain," says Goldstein, who leads the molecular research team at Boston University's CTE Center. "To see this, a neurodegenerative disease, in a teenage brain, that's tough. That's really tough."

Thinking back on that chance encounter, Rivero says, "It could have been any random dad who just came down the stairs and said, 'Oh football, I used to play football.' "

"No, it was the one dude who probably knows the most about CTE probably out of 99.9 percent of the world."

The research Goldstein was working on would, a few months later, be published in the journal Brain and generate widespread media coverage. It involved evidence not only from teenage football players' brains but also animal models that offered ground-breaking information: CTE can develop even without a concussion.

"We sat down on the porch," Rivero recalls, "and he starts telling me it's not just concussions that are the problem."

"It's about getting hit in the head," says Goldstein. "And the more hits he gets, the greater the risk for this disease, even if he never has a concussion. Ever."

Goldstein hoped the conversation would do more than inform Rivero. He wanted to convince him to stop playing football.

"That was my hope," says Goldstein. "He seems like such a lovely kid and I'm thinking 'Why? Why do this?' "

Rivero says he plays football for many of the same reasons that, during the offseason, he engages in his other favorite sport: boxing. It's the only sport with a higher risk of CTE than football.

"There's something about it, when you're boxing, when you're playing football," explained Rivero. "It just brings something out of you that you really only know if you play those sports."

That chance meeting made Rivero think long and hard about the risks those sports carry. And when his English teacher assigned a research project, Rivero decided to write his own paper on CTE. His research included a visit to Goldstein's lab at Boston University.

Rivero is still a regular at the boxing gym but says he rarely goes into the ring. He doesn't want to get hit in the head. So, what about football?

"It's kind of hard to think about but I'm still going to play," says Rivero. "This is something I love. I dedicate myself to [this]. This makes me healthier physically, mentally. I'm doing what I love, making friends, there's a lot of great experiences that I'm having from this."

It's hard to compare that tangible experience with the abstract idea of, decades from now, possibly being addled by brain disease. Although, Rivero says he gets it — playing football puts him at risk for developing CTE.

"It's a thought, it's definitely a thought. I know it's entirely possible," says Rivero, "but right now I'm just trying to enjoy life."

"He loves the game and I get that. I really do," says Goldstein, "And then I ask the question, not about his wishes, but about the greater society. Why are we not protecting our kids?"

Dr. Goldstein says the research on CTE is a lot like the early days of lung cancer research. The link to cigarette smoking was not immediately understood — or accepted. And it's taken generations to change behaviors and policies around smoking. He thinks it might be the same thing with football.