Accessibility links
Abortion in U.S. Is Safe, According To Report By National Academies : Shots - Health News The report says many state laws that make it harder for women to get abortions don't have a medical purpose and can make outcomes worse. 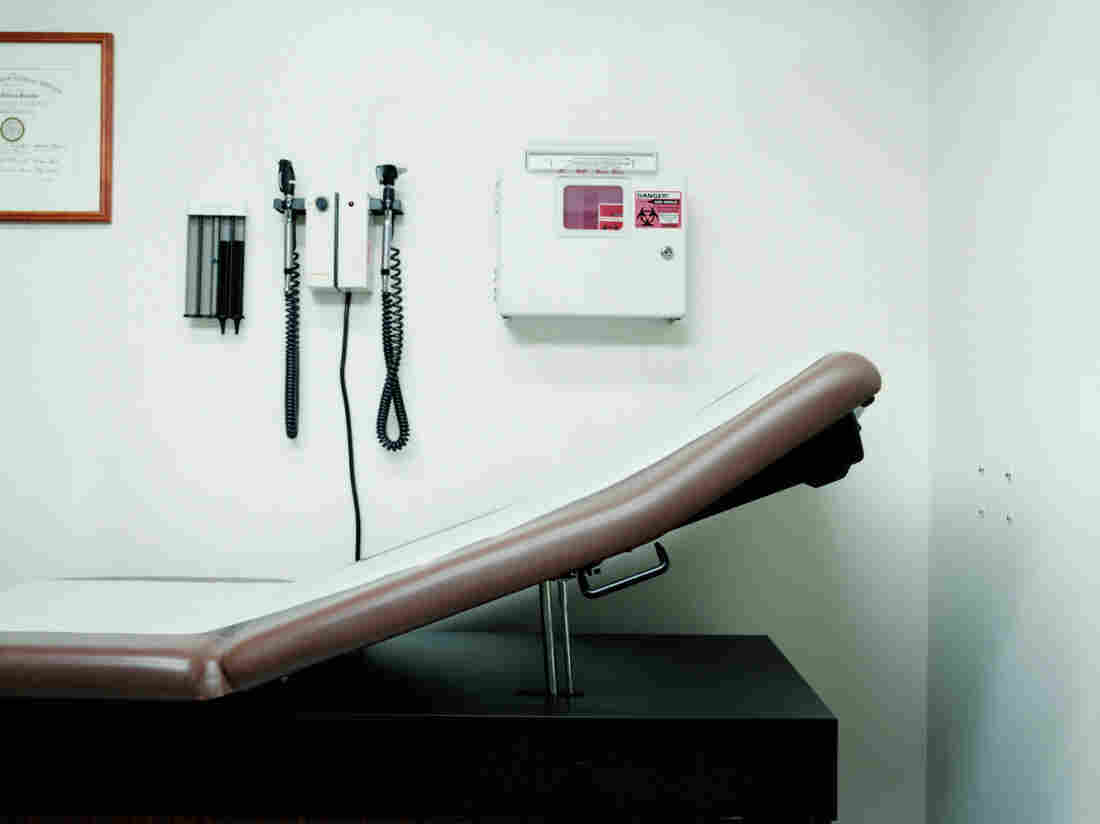 A report from the National Academies of Sciences, Engineering, and Medicine says that abortion is safe but that "abortion specific regulations in many states create barriers to safe and effective care." Bryce Duffy/Getty Images hide caption 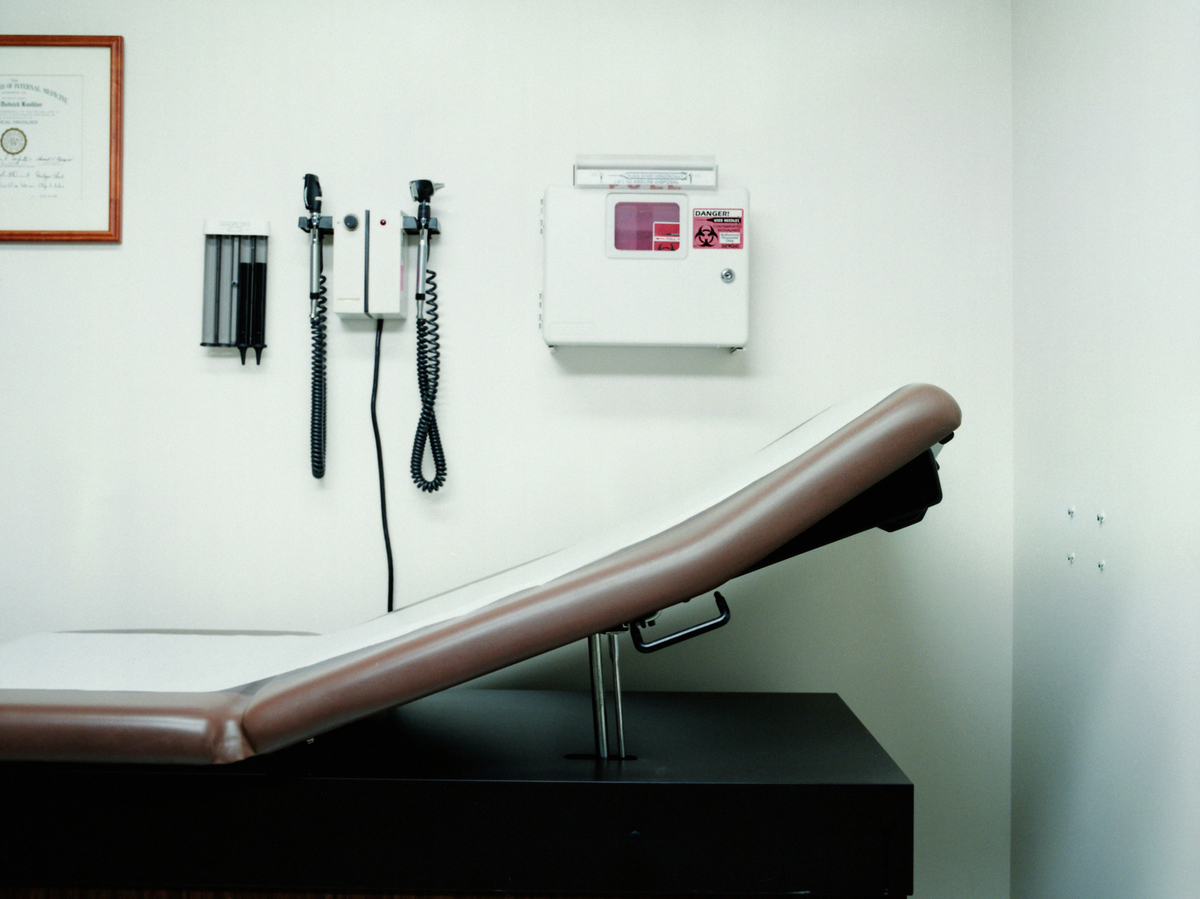 A report from the National Academies of Sciences, Engineering, and Medicine says that abortion is safe but that "abortion specific regulations in many states create barriers to safe and effective care."

Abortions in the United States are safe and have few complications, according to a landmark new study by the National Academies of Sciences, Engineering and Medicine.

The report, called "The Safety and Quality of Abortion Care in the United States," examined the four major methods used for abortions — medication, aspiration, dilation and evacuation, and induction — and examined women's care from before they had the procedure through their follow-up care.

"I would say the main takeaway is that abortions that are provided in the United States are safe and effective," says Ned Calonge, the co-chair of the committee that wrote the study. He is an associate professor of family medicine and epidemiology at the University of Colorado and CEO of The Colorado Trust.

Calonge says the researchers found that about 90 percent of all abortions happen in the first 12 weeks of pregnancy. And complications for all abortions are "rare," the report says.

But the report did find that state laws and regulations can interfere with safe abortions.

"Abortion-specific regulations in many states create barriers to safe and effective care," the report says.

Calonge says those rules often have no basis in medical research.

Median Distance To The Nearest Abortion-Providing Facility By County 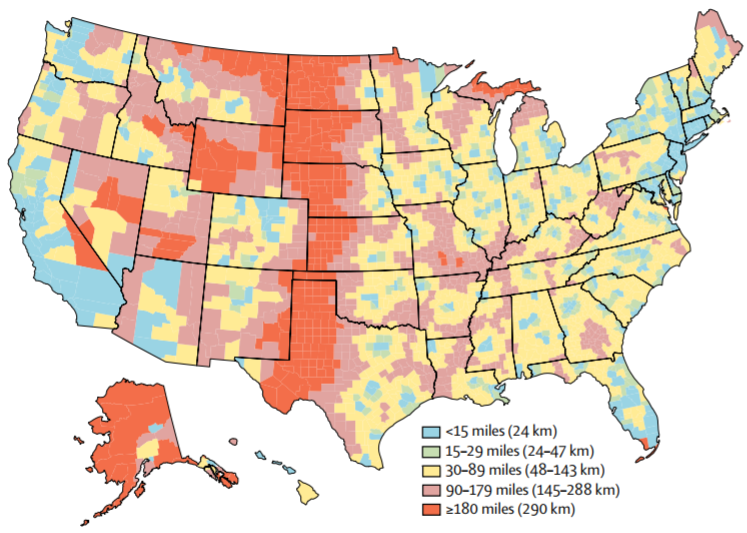 Analysis is limited to facilities that had caseloads of 400 abortions or more per year and those affiliated with Planned Parenthood that performed at least one abortion in the period of analysis. Credit: National Academies of Sciences; Source: Bearak et al., 2017 hide caption 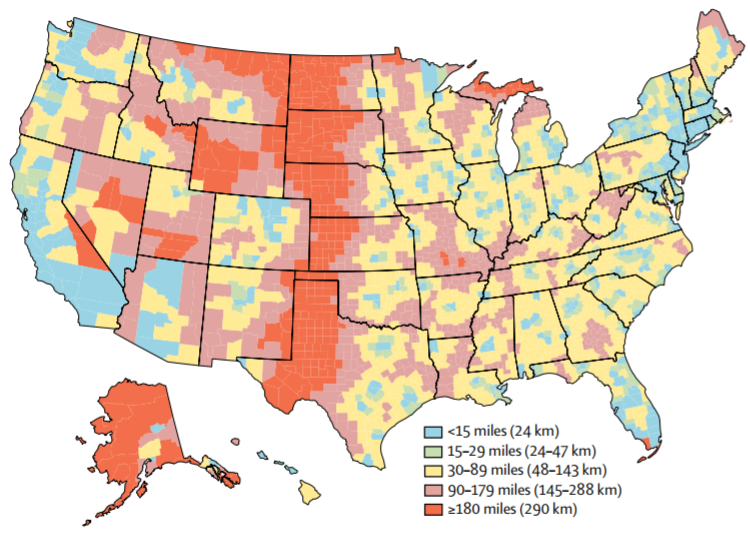 Analysis is limited to facilities that had caseloads of 400 abortions or more per year and those affiliated with Planned Parenthood that performed at least one abortion in the period of analysis.

"There are some requirements that require clinicians to misinform women of the health risks, that say you have to inform a woman that an abortion will increase her risk of breast cancer," he says.

There is no evidence that breast cancer follows abortion, for example, but five states require doctors to tell women there is a link, according to the Guttmacher Institute, a research group that focuses on reproductive and sexual health.

According to Guttmacher, 27 states make women wait at least 24 hours for an abortion and 11 states require women to have an ultrasound before they can terminate their pregnancy.

And there are state laws that dictate who can perform abortions and where they can do them. Some require all abortions to happen in the equivalent of a hospital or surgery center. Others require a doctor to have admitting privileges at a nearby hospital.

The National Academies report says waiting periods and requirements for unnecessary tests can result in long delays because women may have to travel to get care and have trouble getting appointments.

"Delays put the patient at greater risk of an adverse event," the report says.

Hal Lawrence, the CEO of the American College of Obstetricians and Gynecologists, says the report settles the debate over abortion-restricting laws and regulations.

"Those sorts of laws have been totally debunked," he says.

He says the study shows most of those laws do nothing to improve women's health.

"Abortion is safer when it's performed earlier in gestation," Lawrence says. "And so delaying and making people wait and go through hoops of unnecessary, extra procedures does not improve the safety. And actually by having them delay can actually worsen the safety."

The U.S. Supreme Court in 2016 voided some state abortion laws when it ruled that Texas' strict rules around abortion facilities impose an undue burden on women. But other laws remain in place even without any backing in medical research.

Still, Donna Harrison says there are good reasons for the requirements.

"The tendency to look at abortion as though it were not a serious medical procedure is irresponsible. I mean, we all know that the fetus is killed during an abortion but women can be harmed by irresponsible medical care," says Harrison, the executive director of the American Association of Pro-Life Obstetricians and Gynecologists.

She says data on complications from abortion is incomplete because doctors and patients don't always report it accurately, or at all.

And she says waiting periods are important so that women can give fully informed consent before they undergo what she says is a sometimes dangerous, surgical procedure.

The new report — which runs more than 200 pages — addresses most aspects of abortion care, including the use of the abortion pill mifepristone.

For example, it concludes that the strict requirements on how doctors can administer mifepristone may need review. The researchers say the rules may be erecting unnecessary barriers.

Also, abortions have no long-term consequences on women's physical and mental health, the report says.