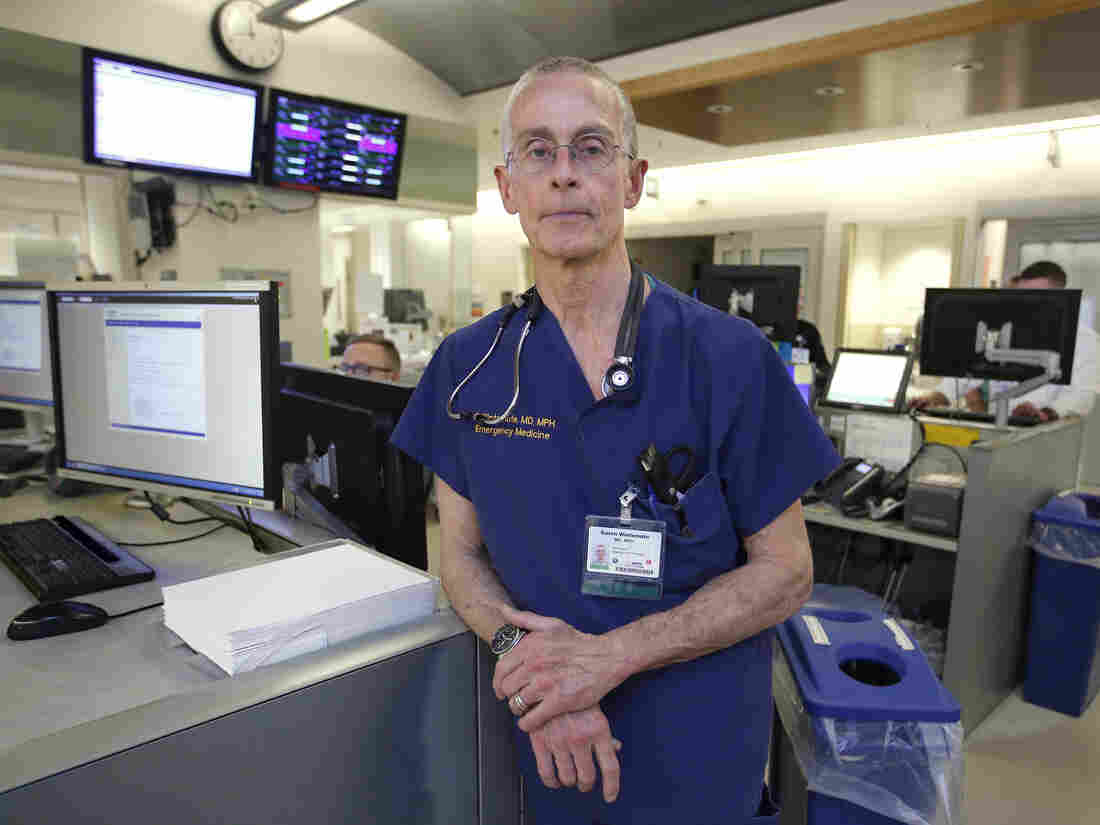 Dr. Garen Wintemute at the University of California, Davis, Medical Center, says of the new authority given to the Centers for Disease Control and Prevention: "There's no funding. There's no agreement to provide funding. There isn't even encouragement." Rich Pedroncelli/AP hide caption 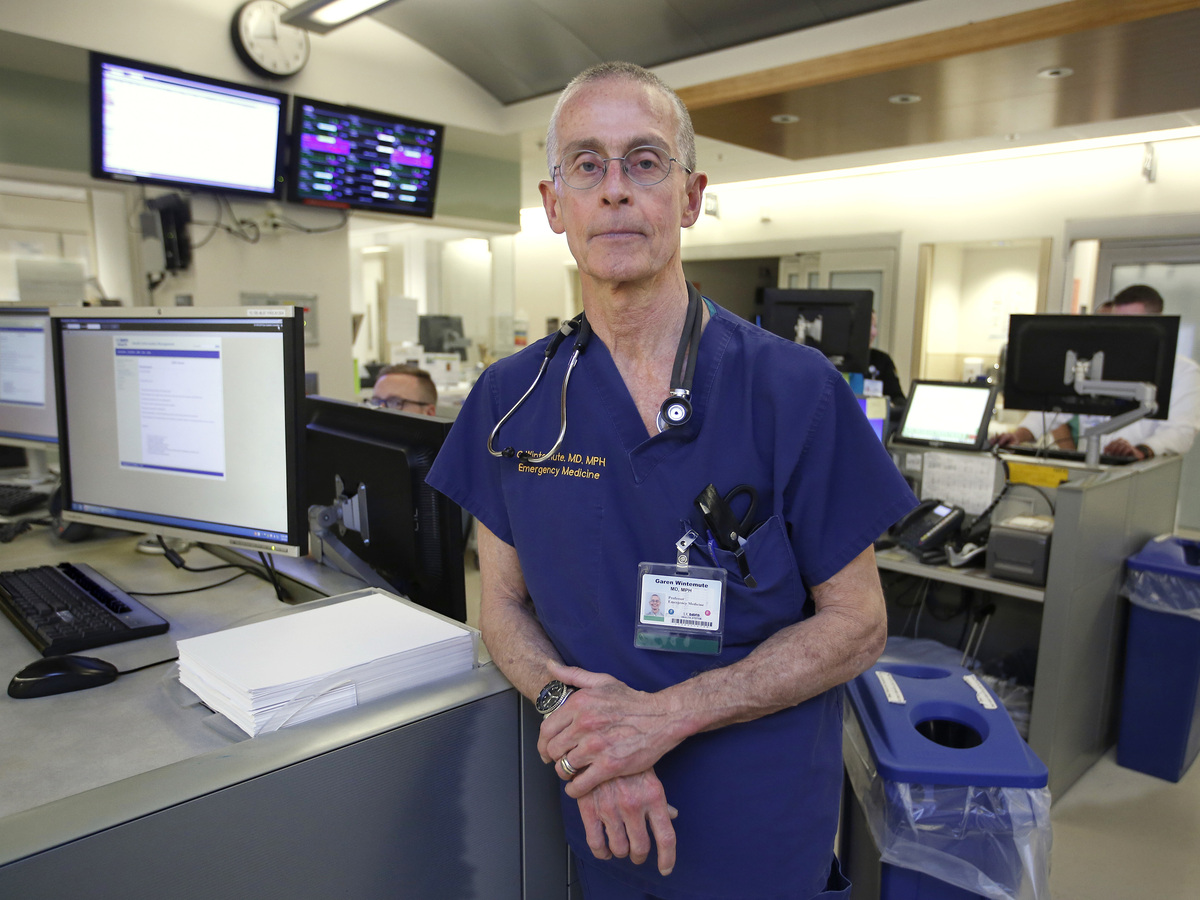 Dr. Garen Wintemute at the University of California, Davis, Medical Center, says of the new authority given to the Centers for Disease Control and Prevention: "There's no funding. There's no agreement to provide funding. There isn't even encouragement."

Government health agencies have spent more than two decades shying away from gun violence research, but some say the new spending bill, signed by President Trump on Friday, will change that.

That is because, in agency instructions that accompany the bill, there is a sentence noting that the Centers for Disease Control and Prevention has the authority to conduct research on the causes of gun violence.

"I think this is a huge victory for our country and our communities and our children. This is one step in many to help stop gun violence in this country," says Rep. Stephanie Murphy, a Democrat from the Orlando, Fla., area, where a mass shooting left 49 dead at a gay nightclub in 2016.

But researchers who study gun violence are unimpressed.

"There's no funding. There's no agreement to provide funding. There isn't even encouragement. No big questions get answered, and there's nothing here, yet, of significance for the research community," says Dr. Garen Wintemute, a well-known expert on gun violence and a professor of emergency medicine at the University of California, Davis.

"I'm not particularly optimistic that anything will change," says Daniel Webster, a researcher at Johns Hopkins Bloomberg School of Public Health.

The CDC has been willing to look at noncontroversial activities, such as the effect of mediating disputes between gangs, says Webster, "but the CDC has not, and I don't believe they will examine other kinds of interventions or other kinds of solutions to the problem."

That is because, back in 1996, Congress passed something called the Dickey Amendment. It said that none of the funds given to the CDC for injury prevention could be used to advocate for or promote gun control. The law came along with a cut in funding that delivered a powerful message: Pursue research on hot-button questions about guns and face the wrath of lawmakers who control the agency's funding.

"At a time when we were just beginning to do good science around how to protect ourselves and better understand the risk and the benefit from owning and using firearms, language was put on the federal budget which had a chilling effect and, in effect, stopped research dead in its tracks," says Dr. Georges Benjamin, who is the executive director of the American Public Health Association.

Jay Dickey, the Arkansas Republican and former lawmaker whom the federal amendment is named for, later told NPR that he regretted it. "It wasn't necessary that all research stop," Dickey explained. "It just couldn't be the collection of data so that they can advocate gun control. That's all we were talking about. But for some reason, it just stopped altogether."

'We Should Have Been The Last': Kentucky Shooting Survivors Inspired By Parkland

Recent mass shootings have forced government officials to address the lack of research funding. Alex Azar, the secretary of the Department of Health and Human Services, spoke to lawmakers on Capitol Hill in February, the day after a shooting at a Parkland Fla., school left 17 people dead. When asked about the Dickey Amendment, he said his understanding was that it "does not in any way impede our ability to conduct our research mission. It is simply about advocacy."

Rep. Kathy Castor, a Democrat from Florida, pressed him on whether he would instruct the agencies he leads to do gun research. "We certainly will," Azar answered. "Our Centers for Disease Control and Prevention — we're in the science business and the evidence-generating business, and so I will have our agency certainly be working in this field."

As mild as those remarks were, they made headlines. And the language in the government spending bill explicitly refers to those comments: "While appropriations language prohibits the CDC and other agencies from using appropriated funding to advocate or promote gun control, the Secretary of Health and Human Services has stated the CDC has the authority to conduct research on the causes of gun violence."

Webster worries that rather than freeing up the CDC to fund more research on gun violence, this new language might do the opposite, by seeming to limit CDC funding to examining the "causes" of gun violence.

"Before, it didn't restrict it to the 'causes,' " notes Webster. In his view, this spending bill "certainly doesn't add anything new that is good."

In an ideal world, Congress would have done something much bolder, says Georges Benjamin. "I would have preferred the Dickey language to be removed — strong language that says, 'Yes, research is permissible,' and money," Benjamin says. "We didn't get those three things."

But he does believe that the intent of the budget language was to make research more permissible and that public health agencies should be able to find some money in the funding they're due to receive from the new budget to move firearms research forward.