For Women With Low-Risk Pregnancies, Technology Can Reduce Doctor Visits

For Women With Low-Risk Pregnancies, Technology Can Reduce Doctor Visits 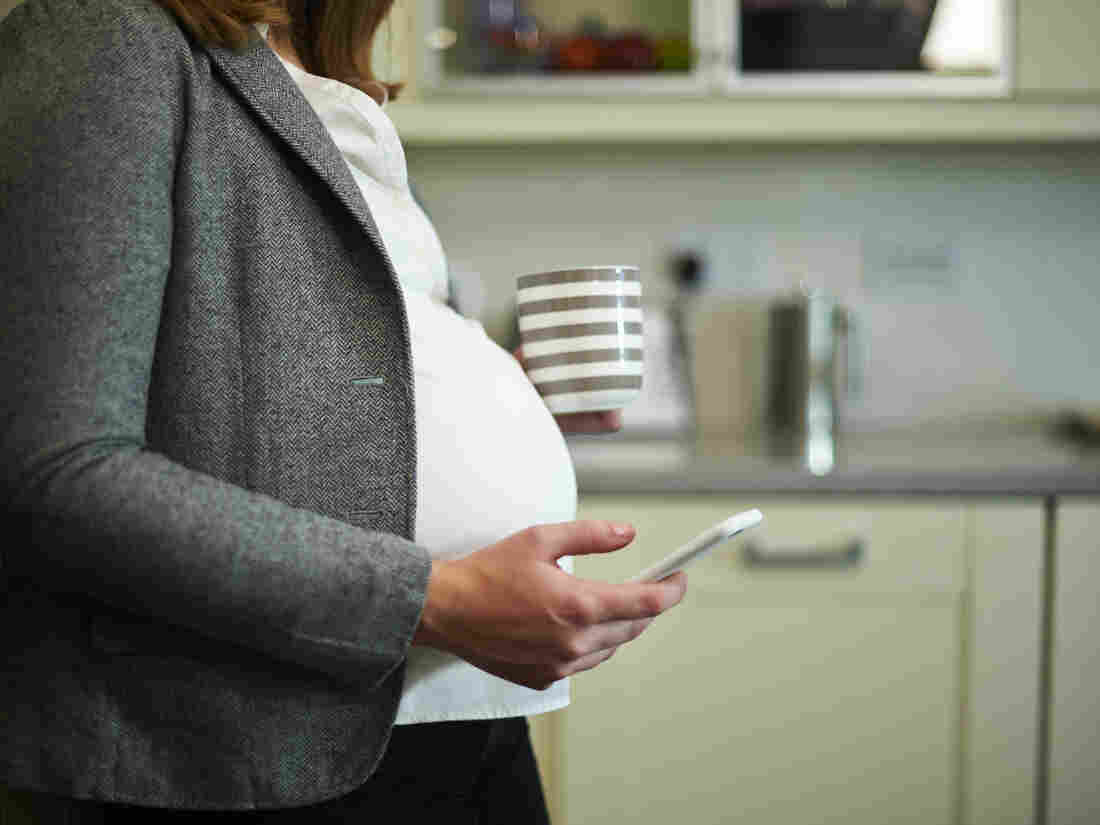 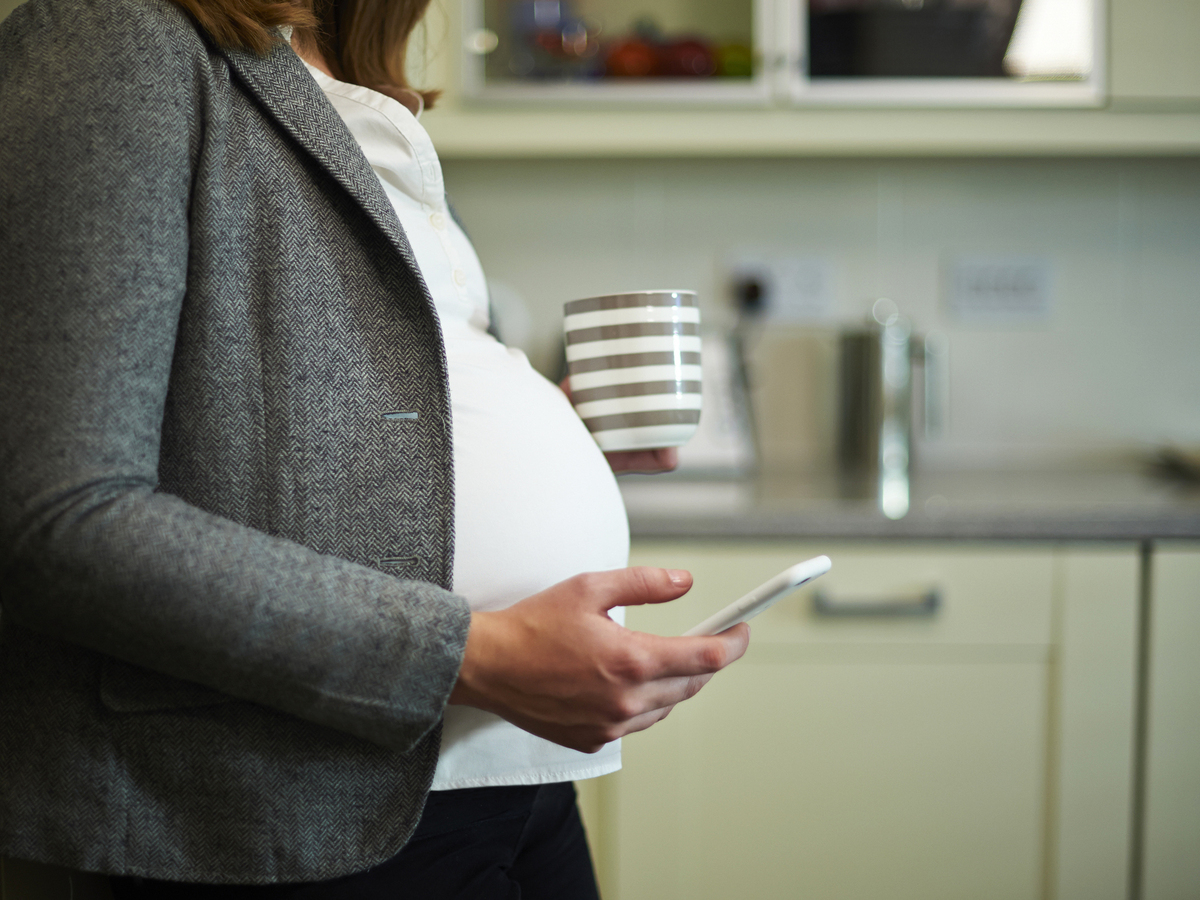 When Allison Matthews was pregnant with her first child four years ago, her obstetrics clinic scheduled frequent appointments to make sure everything was proceeding normally.

"I was taking time off work and it wasn't doing a lot for me," says Matthews, who was considered at low risk for complications like pregnancy-related high blood pressure, also known as preeclampsia. "I kind of felt like I was almost doing it more for the clinic's benefit than for myself."

When she got pregnant again early last summer, the obstetrics practice at the Mayo Clinic in Rochester, Minn., where she is also employed as a clinical services designer, gave her the option of coming in for just eight clinic visits rather than the usual 12 to 14.

As part of its OB Nest program for low-risk expectant mothers, she would monitor her weight and track her blood pressure and fetal heart rate at home with equipment provided by the clinic. If she had abnormal results or any questions or concerns, she could contact her nurse online or by phone.

If she wished, she could join a social media group of other OB Nest patients monitored by clinic nurses.

Matthews loved the idea. The approach fit with her wish to treat pregnancy as a normal, healthy process rather than a medical illness that required frequent clinical interventions.

Doing the tests at home also made monitoring the baby's progress a family event with her husband, Marc, and 4-year-old son, Gus, who could listen to his sister's heartbeat.

"It was something we explored together rather than having it done for us," says Matthews, who is 35. Their daughter, Lottie, was born about a month ago. 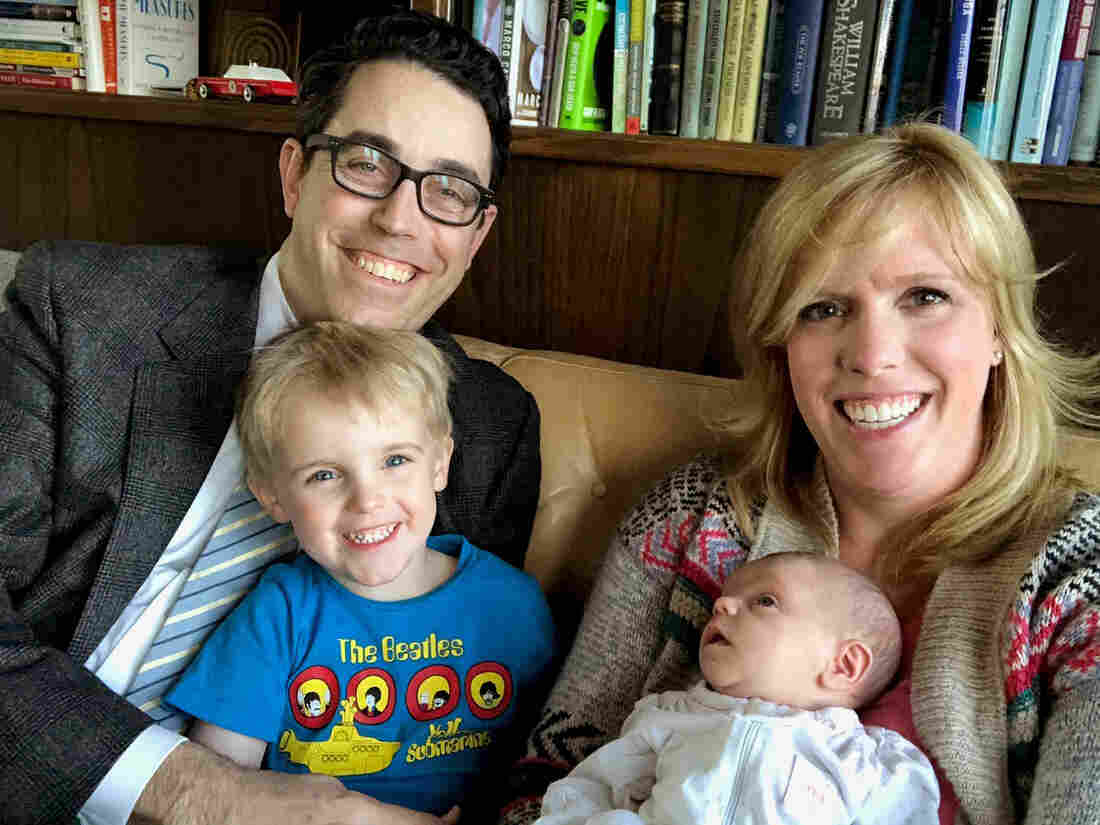 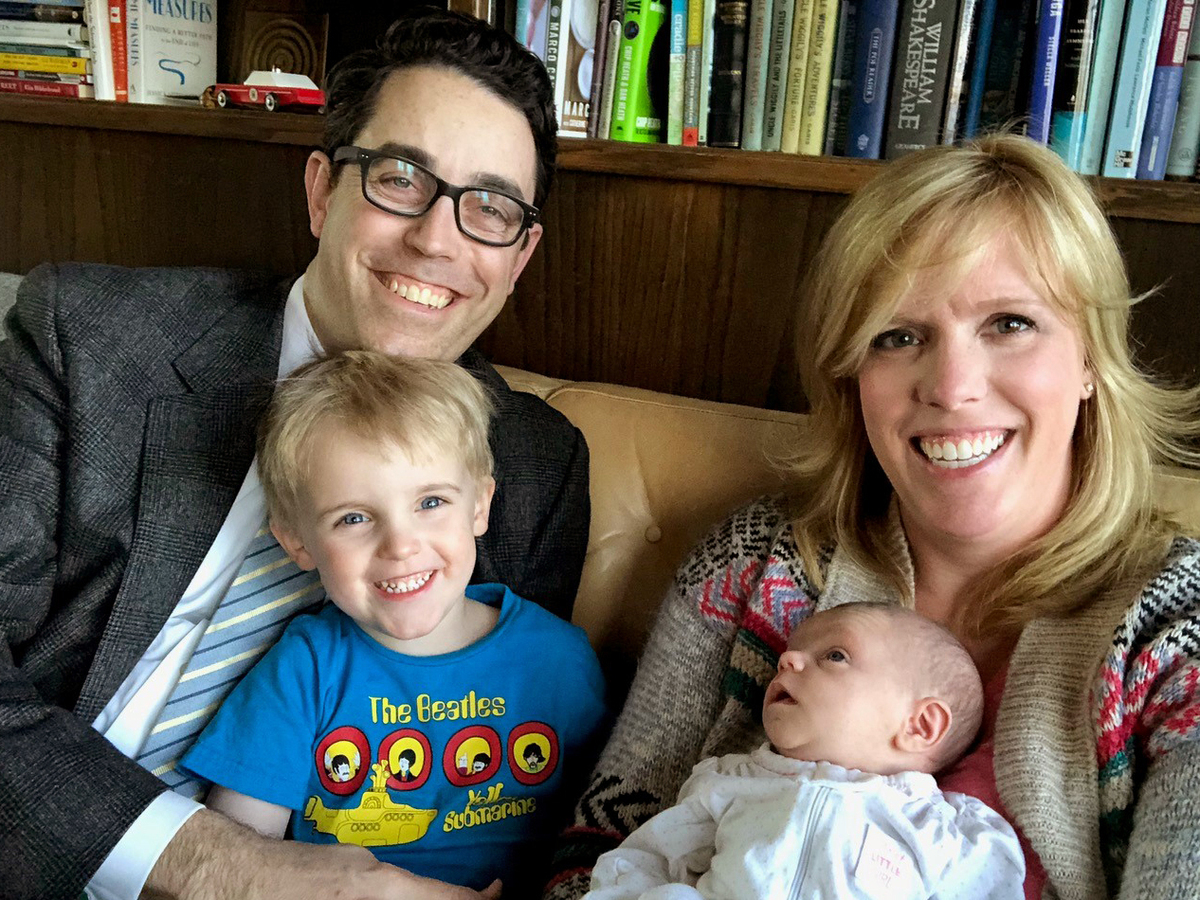 Allison Matthews, holding her infant daughter, Lottie, took part in the Mayo Clinic's program to reduce prenatal visits for some women. During her pregnancy, Matthews monitored her weight and tracked her blood pressure and fetal heart rate at home. That allowed her husband, Marc, and son, Gus, to hear the heartbeat. (Courtesy of Allison Matthews)

Most obstetrics practices continue to follow the traditional model that includes at least a dozen in-person office visits over the course of an average 40-week pregnancy, with lab work and ultrasounds at intervals along the way. That's even though Technology increasingly allows clinicians and patients to connect online, via video or remote monitoring rather than face-to-face.

According to the American College of Obstetricians and Gynecologists, the standard pregnancy visit schedule is once every four weeks up to 28 weeks, every two weeks until 36 weeks and weekly after that.

Although prenatal care is important for healthy outcomes, how much low-risk pregnancies need is debatable, health researchers say.

A study published in the Journal of Perinatology in 2016 found that babies born to women with uncomplicated pregnancies, who had more than 10 prenatal, visits were no healthier than those born to women with fewer, based on outcomes such as admission to the neonatal intensive care unit, low scores on the Apgar test that evaluates a newborn's wellbeing, and death. Women with more than 10 prenatal visits, were, however, more likely to be induced or have a cesarean section delivery, the study found.

Patients at the Mayo obstetrics clinic in Rochester, many of whom, like Matthews, are employees of the medical center — Mayo is the biggest employer in the city — can still go the traditional route. They can also opt for OB Nest or have joint appointments with other pregnant women in a group.

"Our goal is that OB Nest care becomes the model for low-risk women," says Dr. Yvonne Butler Tobah, a Mayo obstetrician and health sciences researcher. Most pregnancies are low-risk, and if more patients choose OB Nest, which was added as a standard option for patients in 2016, it frees up time for doctors and midwives to focus on patients with high-risk pregnancies, she says.

But fewer visits may not translate into out-of-pocket savings on health care costs for women, since professional service fees for pregnancy, labor and delivery and postpartum care are typically bundled if the woman uses the same physician or physician group, says Katy Kozhimannil, an associate professor of public health at the University of Minnesota who studies women's health care policy.

Women find savings in other ways, says Butler Tobah. Many patients say the convenience helps save time and money. "If it was their second or third child, patients [with an appointment at the clinic have] to pay for parking, get child care and wait in the doctor's office, only to be told after a 15-minute visit that their pregnancy was fine," she says.

The potential of programs like OB Nest to make care more convenient and easily accessible to women who don't live in urban areas is very appealing, says Kozhimannil. Although Mayo offers the program only in Rochester, it is moving ahead with plans to offer OB Nest to patients outside the Rochester area, says Butler Tobah.

Other obstetrics practices are experimenting with remote-monitoring programs for low-risk expectant mothers, says Dr. Nathaniel DeNicola, co-chair of the telehealth task force for the American Congress of Obstetricians and Gynecologists.

At the George Washington University Medical Faculty Associates in Washington D.C., where he works, they're one of several practices nationally using an app called Babyscripts to educate expectant moms, who can also transmit their weight and blood pressure data to the practice via a Wi-Fi connection.

Some expectant mothers who use the app have fewer clinical appointments compared with the standard, he says, adding, a crucial element of these emerging remote-monitoring programs is that they're closely integrated with the work of clinical staff.

"All the remote monitoring is a way of augmenting traditional care, not replacing it," DeNicola says.