Accessibility links
Fresh Air: 'Doing Harm' By Maya Dusenbery : Shots - Health News Journalist Maya Dusenbery argues that medicine has a "systemic and unconscious bias" against women that is rooted in "what doctors, regardless of their own gender, are learning in medical schools." 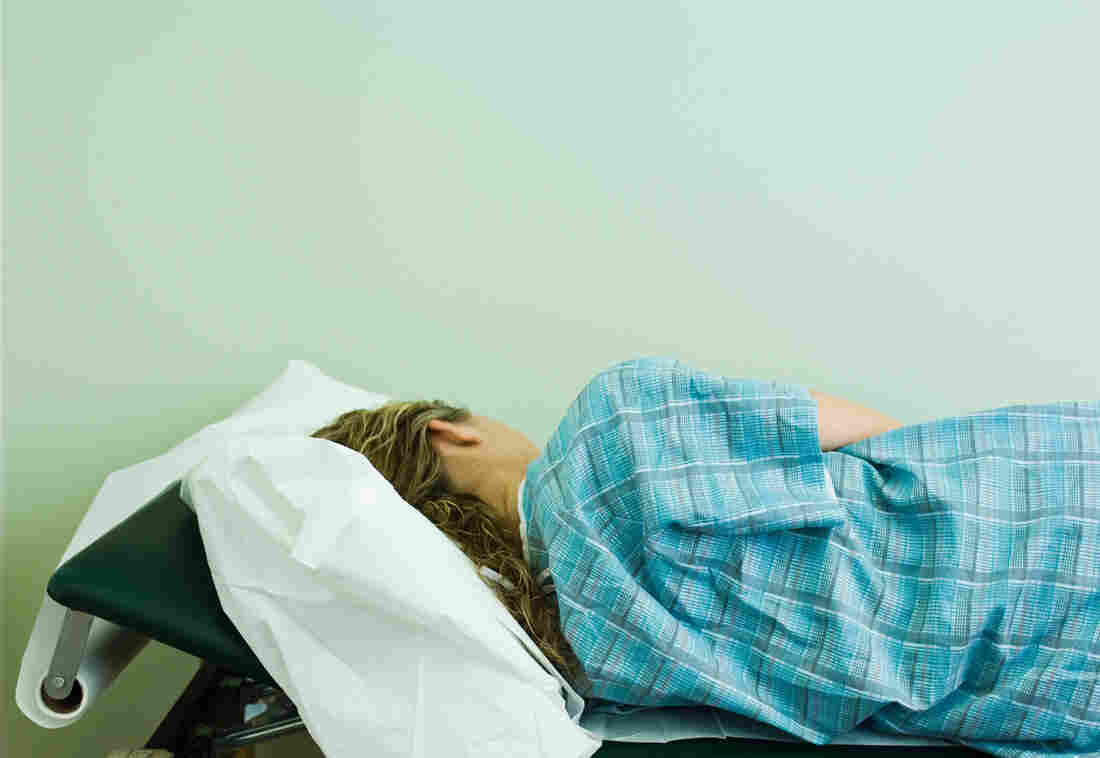 The author of a new book, Doing Harm, argues that a pattern of gender bias in medicine means women's pain may be going undiagnosed. PhotoAlto/Michele Constantini/Getty Images hide caption 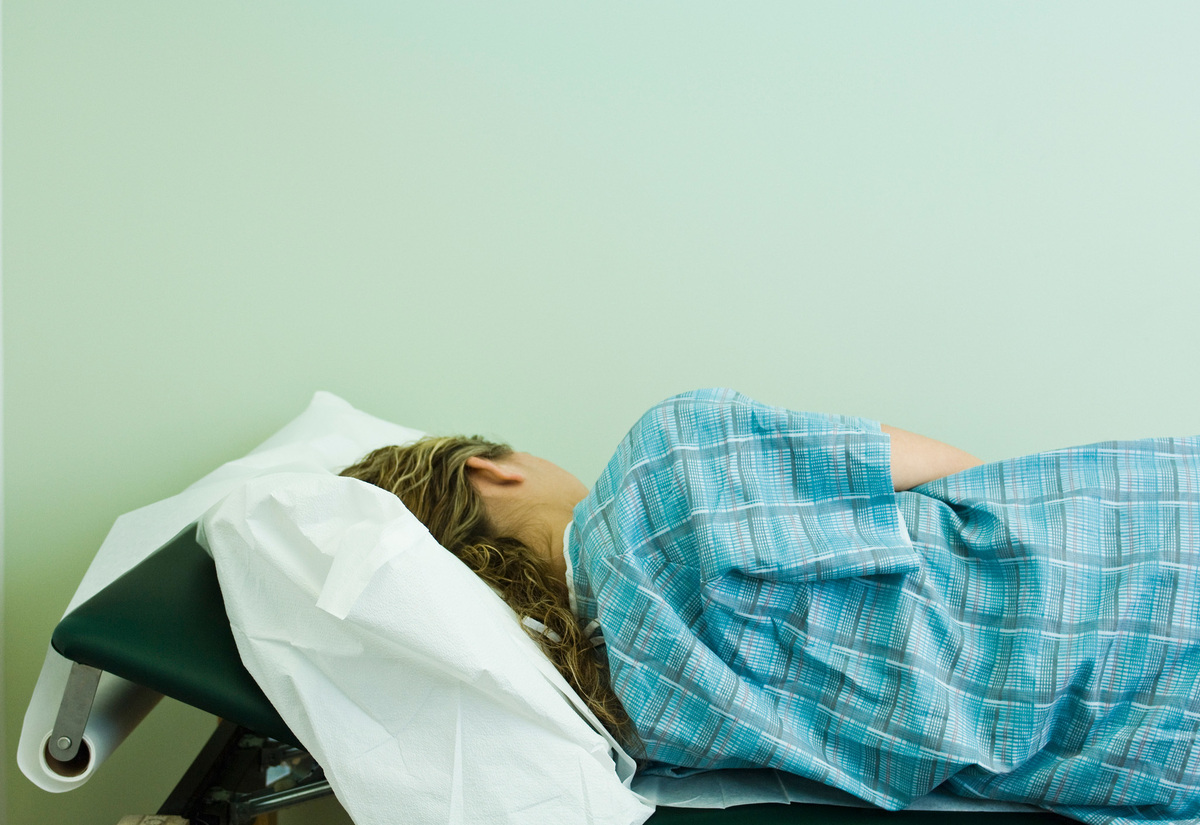 The author of a new book, Doing Harm, argues that a pattern of gender bias in medicine means women's pain may be going undiagnosed.

When journalist Maya Dusenbery was in her 20s, she started experiencing progressive pain in her joints, which she learned was caused by rheumatoid arthritis.

As she began to research her own condition, Dusenbery realized how lucky she was to have been diagnosed relatively easily. Other women with similar symptoms, she says, "experienced very long diagnostic delays and felt ... that their symptoms were not taken seriously."

Dusenbery says these experiences fit into a larger pattern of gender bias in medicine. Her new book, Doing Harm, makes the case that women's symptoms are often dismissed and misdiagnosed — in part because of what she calls the "systemic and unconscious bias that's rooted ... in what doctors, regardless of their own gender, are learning in medical schools."

"I definitely believe that the fact that medicine has been historically and continues to be mainly run by men has been a source of these problems," she says. "The medical knowledge that we have is just skewed towards knowing more about men's bodies and the conditions that disproportionately affect them."

Dusenbery is also the executive editor of Feministing, a website of writing by young feminists about social, cultural and political issues. 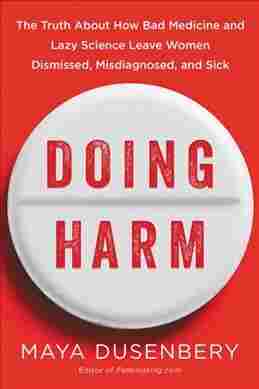 The Truth About How Bad Medicine and Lazy Science Leave Women Dismissed, Misdiagnosed, and Sick

There was a lot of concern about including women in drug trials, specifically because of concerns about affecting their hypothetical fetuses. So in the '70s the FDA had a policy of prohibiting any woman of childbearing age from participating in early-stage drug trials. ...

But we also see that at that time, women were also excluded from studies that were just observational studies — not just drug trials. In the '90s, when there were congressional hearings about this problem, the public learned that women had been left out of things like a big observational study looking at normal human aging that was ongoing for 20 years. It started in the '50s, and for the first 20 years women had been left out of that.

On women's recent inclusion in National Institutes of Health studies

[In] 1993, Congress passed a law saying that women need to be included in NIH-funded clinical research. And in the aggregate, women do make up a majority of subjects in NIH research. However, we still don't know that women are necessarily adequately represented in all areas of research, because the NIH looks at the aggregate numbers, and the outside analyses that have been done show that women are still a little bit underrepresented.

More importantly, even though women are usually included in most studies today, it's still not the norm to really analyze results by gender to actually see if there are differences between men and women. So experts have described this to me as an "add women and stir" approach. Women are included, but we're still not getting the knowledge we need about ways that their symptoms or responses to treatment might differ from men.

There are a lot of factors that go into these recognized sex differences in drug metabolism and response. ... Percentage of body fat affects it. Hormones, different levels of enzymes — all of these things go into it. But really, probably the most straightforward [factor] is that, on average, men have a higher body weight than women. And yet, even that difference is not usually accounted for. We prescribe drugs based on this one-size-fits-all dosage, but that ends up meaning that, on average, women are being overdosed on most drugs.

On the difference between how men and women experience heart disease

Over the last couple of decades, there's been a recognition that for the first 35 years we were studying heart disease, we were really mostly studying it in men. And so there's been a concerted effort to go back and compare women's experiences to men's, which has led to the knowledge that women are more likely to have what are considered to be atypical symptoms. [And] the only reason they're considered "atypical" is because the norm has been this male model — so, atypical symptoms, like pain in the neck or shoulder, nausea, fatigue, lightheadedness. ...

Partly as a result of those differences in symptoms — which are still not always recognized by health care providers — women (especially younger women) are more likely to be turned away when they're having a heart attack, sent home. One study found it was younger women — so women under 55 — were seven times more likely than the average patient to be sent home mid-heart attack. ... Even if they're not sent home, you see longer delays [for women] to getting [electrocardiograms] and other diagnostic testing or interventions in the ER setting.

On how the subjective symptom of fatigue is dismissed in women

One of the most common [symptoms] that really is common across ... [the autoimmune diseases] is fatigue — a really deep, deep fatigue that isn't just being sleep-deprived from staying up too late. That fatigue, comparable to pain, is this very subjective symptom that's hard to communicate to other people. And I think that women are up against this real distrust of their own reports of their symptoms.

Annals Of The Obvious: Women Way More Tired Than Men

So conditions like autoimmune diseases that really are marked by these subjective symptoms of pain and fatigue, I think, are very easy to dismiss in women. ... Even though we do know about autoimmune diseases, during that diagnostic delay, women are often told, "You're just stressed. You're tired." And [they] have a really hard time convincing doctors that this fatigue is abnormal.

I found this to be one of the most disturbing things that I found in my research: how many women reported that as they were fighting to get their symptoms taken seriously, [they] just sort of sensed that what they really needed was somebody to testify to their symptoms, to testify to their sanity, and felt that bringing a partner or a father or even a son would be helpful. And then [they] found that it was [helpful], that they were treated differently when there was that man in the room who was corroborating their reports.

Heidi Saman and Seth Kelley produced and edited this interview for broadcast. Bridget Bentz, Molly Seavy-Nesper and Scott Hensley adapted it for the Web.