Accessibility links
'The Neuroscientist Who Lost Her Mind' Tells How A Brain Doctor Coped With Cancer : Shots - Health News Neuroscientist Barbara Lipska describes in a new memoir surviving 20 brain tumors, and what the eight-week nightmare of psychological symptoms taught her about mental illnesses she's long studied. 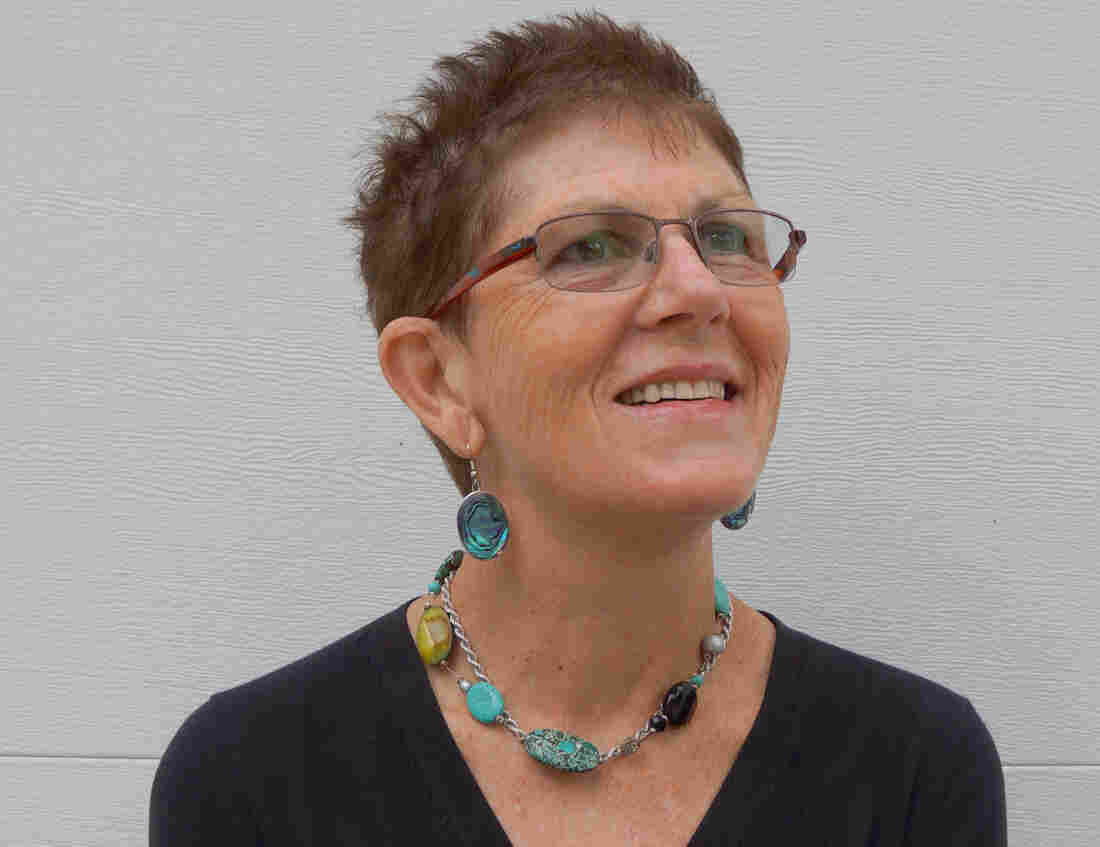 In her new book, Barbara Lipska describes surviving cancer that had spread to her brain, and how the illness changed her cognition, character and, ultimately, her understanding of the mental illnesses she studies. Courtesy of the author hide caption 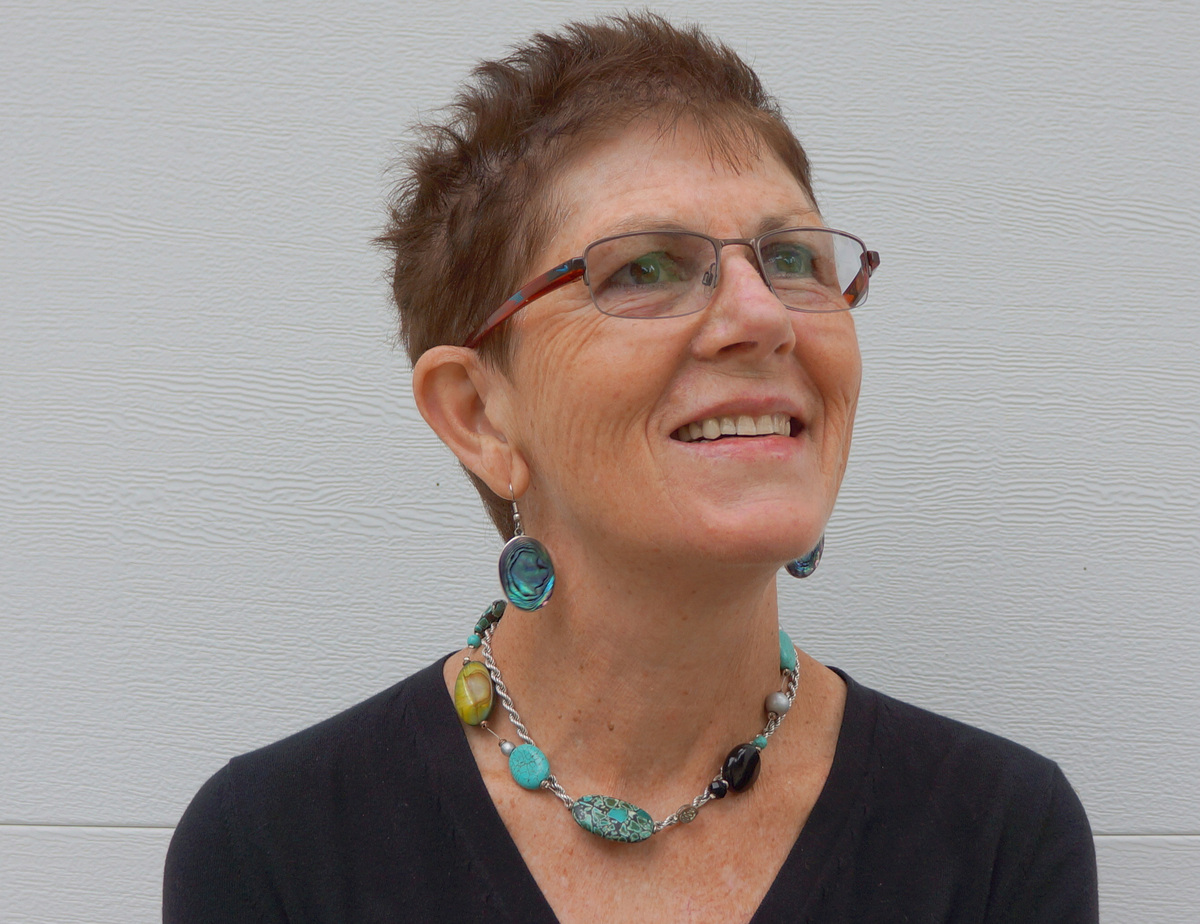 In her new book, Barbara Lipska describes surviving cancer that had spread to her brain, and how the illness changed her cognition, character and, ultimately, her understanding of the mental illnesses she studies.

One spring morning in 2015, Barbara Lipska got up as usual, dyed her hair and went for a jog in her suburban Virginia neighborhood.

But when she returned from a much longer than expected run, her husband Mirek was completely taken aback.

"I was lost in my own neighborhood," Lipska says. "The hair dye that I put in my hair that morning dripped down my neck. I looked like a monster when I came back home."

Although she now lucidly recalls that moment, at the time she was oblivious to her unusual appearance and behavior.

Lipska studies the neuroscience of mental illness and brain development at the National Institute of Mental Health. In her work she's examined the molecular structure of the brains of people who were so afflicted with schizophrenia or other disorders that they took their own lives.

And for two months in 2015, she developed similar symptoms of dementia and schizophrenia — only to learn they were the effects of cancerous tumors, growing in her brain.

A melanoma that had spread there caused the scientist to have to personally contend with the kind of ordeals and anxieties encountered by those whose brains she'd studied in the safe confines of her lab.

Lipska survived and, with journalist Elaine McArdle, has written a book about her illness and recovery called The Neuroscientist Who Lost Her Mind: My Tale of Madness and Discovery.

On what was happening inside her brain

I didn't know it at the time, and nobody knew. I had tumors growing in my brain, unbeknownst to anybody. And I had dramatic swelling and inflammation in my brain. Altogether, I had around 20 tumors. 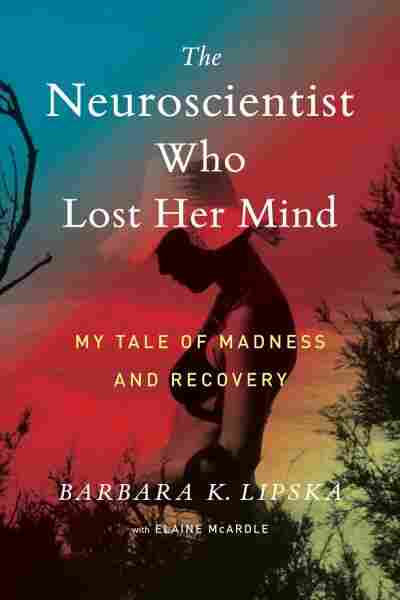 The Neuroscientist Who Lost Her Mind

My Tale of Madness and Recovery

Title
The Neuroscientist Who Lost Her Mind
Subtitle
My Tale of Madness and Recovery
Author
Barbara K. Lipska and Elaine McArdle

On how the person her family knew and loved changed

I lost particularly frontal cortex — it was swollen, it was not functional. And parietal cortex, behind my forehead. And these are the brain regions that regulate these high cognitive functions. These are the brain regions that make us human — that regulate how we dream, how we love, how we behave, whether we are inhibited, and think about not running into the streets barely dressed with hair dye dripping down our clothes.

We have these thoughts about behaving properly — not yelling at our families and the loved ones. But I lost it. And I didn't realize it.

On what her family went through

I think it was more terrifying for my family than for myself because, as I said, I didn't realize what was happening. I was the one that was actually kind of spared, of the whole experience. But my family [members] gradually were realizing they were losing the person they loved. And they had no way of getting connection with me. I didn't make eye contact with them. I was detached. I didn't have any empathy. I hurt them — it was horrible.

I'm very thankful to them, all of them, for this. You could say, this is what family's for, but I never expected to try them in this way. And I hope it will never happen again — that's my biggest worry.

On what she learned about the brain

Yes, a very important message, which I knew all along — but it's just getting hard evidence. This: Mental illness is a brain disease. It is not some ephemeral thing, like a weak will or lack of willpower. It is not how I was brought up or what my family was. It is the brain disease. It has to be treated like any other disease — like the disease of heart, or kidney or liver.

And what it means is we need to find the mechanisms. We don't know still what causes it. We know it is in the brain, and it's a physical change in the brain.

On not knowing what treatment helped her get better

We don't know exactly, because I was given so many different treatments — radiation, immunotherapy, steroids for swelling and targeted therapy [for] melanoma cells. It is probable that everything that I received helped to some extent, but my belief is that immunotherapy probably had the biggest effect.

But as I argued with my doctor, "Don't give me so many drugs, because we'll never know what helped me." And he laughed at me — at the time of crisis, really — and [he] said "You know what, I don't care. I don't care to know at this moment. If you are better, that's all we care about." And I did get better. Pretty quickly.

I'm feeling great, although I am not as powerful as I used to be — both in terms of my physical strengths and emotions. I went through so much. My brain was assaulted with drugs, with radiation. I lost my vision in the left eye. Again, it happened in my brain — not in my eye. I lost some balance. I am a little disoriented spatially, so I have sometimes trouble with maps and finding my places. But, you know what? I'm alive — and that's all that counts. And I'm happy!

NPR's Denise Guerra and Daniella Cheslow produced and edited this story for broadcast. Emma Bowman adapted it for the Web.