Accessibility links
Tech To Heal Wounds Has Roots In War-Time Kandahar : Shots - Health News As a soldier, Kit Parker saw horrific injuries. As a scientist, he led an effort to create high-tech dressings that speed healing and reduce scarring. 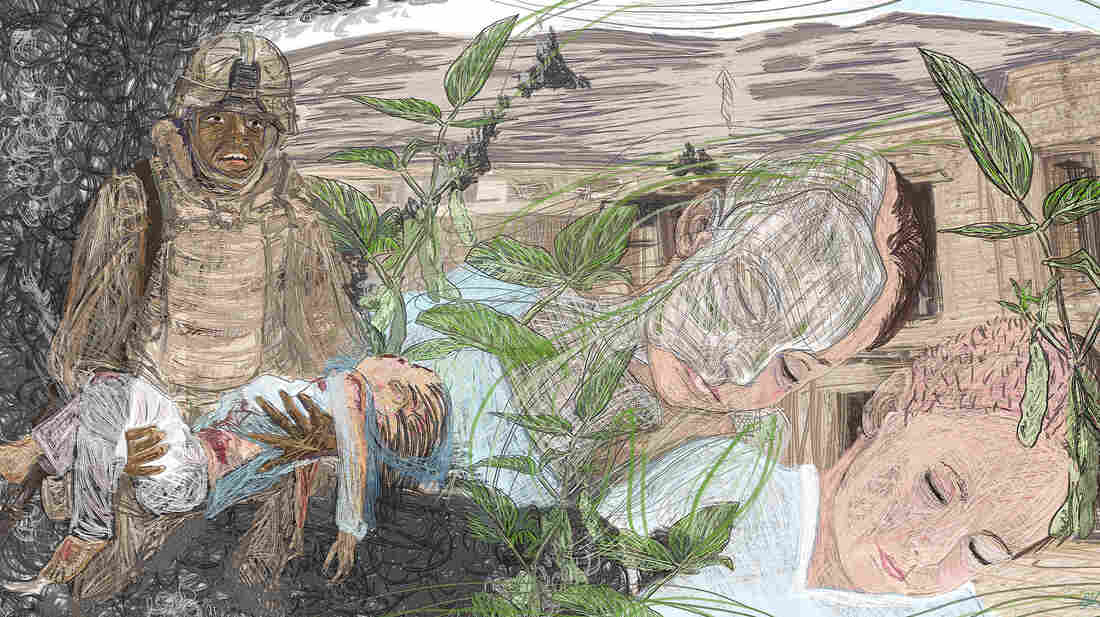 As a soldier, Kit Parker saw horrific injuries. As a scientist, he and his team have developed wound dressings that use incredibly thin fibers to speed healing and reduce scarring. Courtesy of Karaghen Hudson/Harvard University hide caption 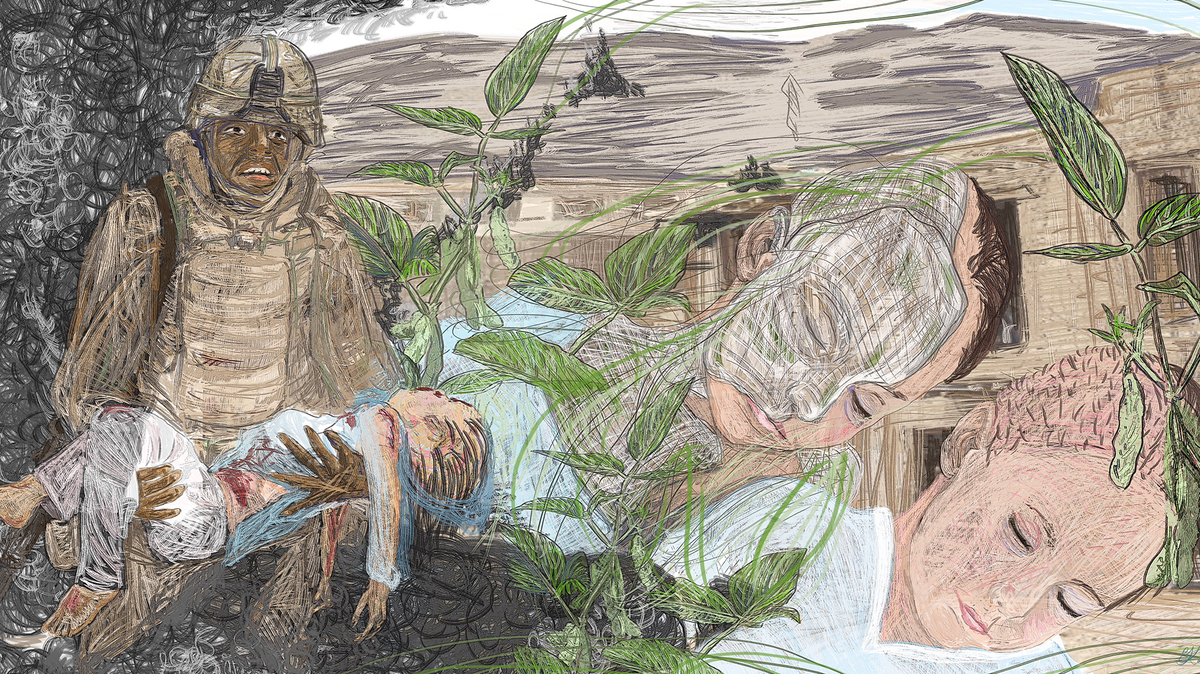 As a soldier, Kit Parker saw horrific injuries. As a scientist, he and his team have developed wound dressings that use incredibly thin fibers to speed healing and reduce scarring.

The Afghan boy arrived at the U.S. military hospital in Kandahar with severe burns from the chest down. He was about 5.

"I knew as soon as I saw him it was just too much surface area," says Kit Parker, who, at the time, was an Army Civil Affairs officer working with Afghan villagers. "I knew he was going to die."

Even so, Parker and his team sergeant, Aaron Chapman, stayed at the hospital throughout that night in 2003, while military doctors worked to keep the boy alive.

"There's no greater sense of helplessness than to stare into this child's eyes knowing that you can't save them, you can't help them," Chapman says.

Parker recalls feeling "horror, rage [and] despair" that night. "It was the most scarring event of the war for me," he says.

The experience influenced the careers of both men. Chapman went on to become a government agent investigating crimes against children.

Parker returned from the war to his civilian job as a biophysicist at Harvard. But the memory of the injured child continued to haunt him.

"I couldn't save that kid," he says. "But that doesn't mean there's not something I could do."

So Parker assembled a team of young scientists. Their job: Find a better way to heal burns and other wounds. 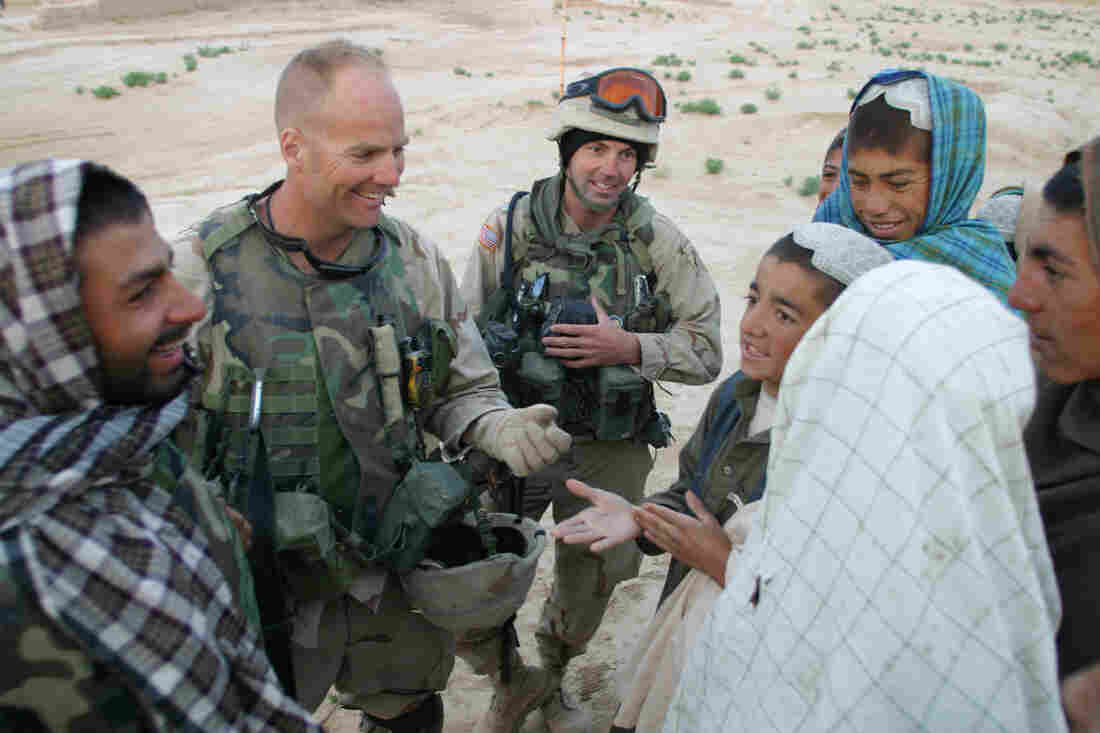 The team focused on a discovery made in the late 1970s and early 1980s, when surgeons began correcting birth defects in babies still in the womb. After these babies were born, doctors took a close look at the sites where incisions had been made.

"And they realized that they typically healed with a lot less [scarring] or, in some cases, without any scars at all," says Christophe Chantre, a graduate student and researcher in Parker's lab.

One reason is that fetal skin, unlike adult skin, contains large amounts of a substance called fibronectin. So Chantre and his team set out to create a bandage made of the stuff. 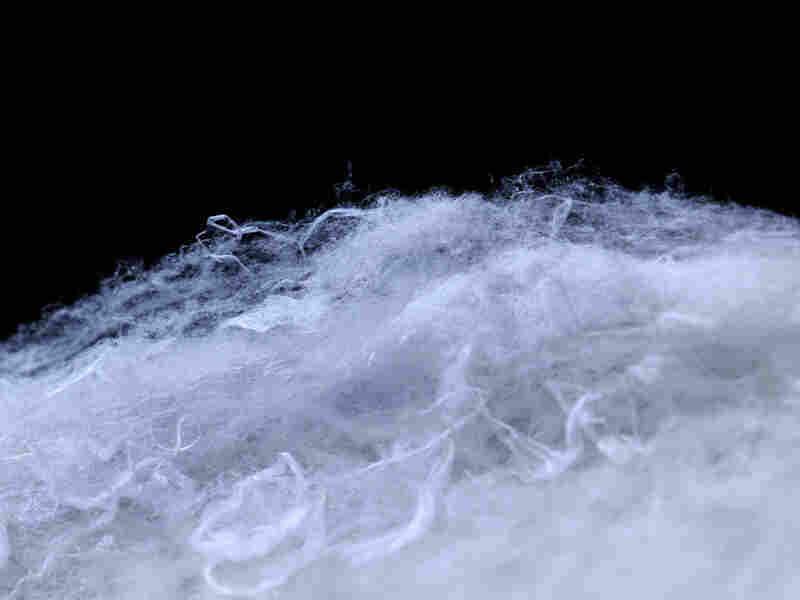 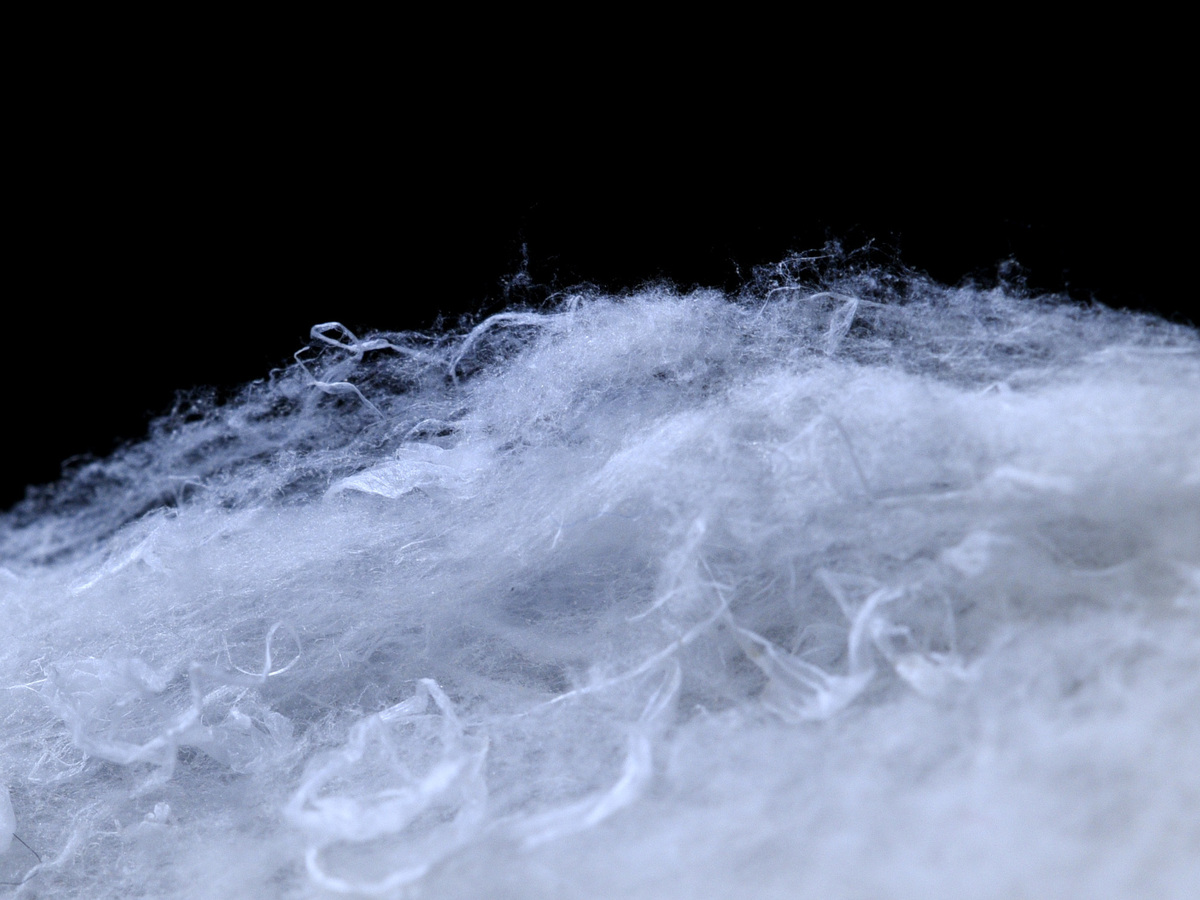 "Our idea was to actually try to replicate this fibronectin-rich environment to get a better healing process," Chantre says.

To do that, they needed to spin fibronectin into incredibly thin strands known as nanofibers. Eventually, they found a way to do this using a kind of souped-up cotton candy machine.

Then the team applied dressings made from these nanofibers to wounds in mice. The wounds healed with very little scarring. And they also healed faster.

"The wounds treated with fibronectin closed at around Day 11 and the control was several days later — at, on average, Day 14," Chantre says.

Perhaps most impressive, the structure of the new skin was similar to healthy skin. It even contained hair follicles, which are not found in scar tissue, the team reported in March in the journal Biomaterials. 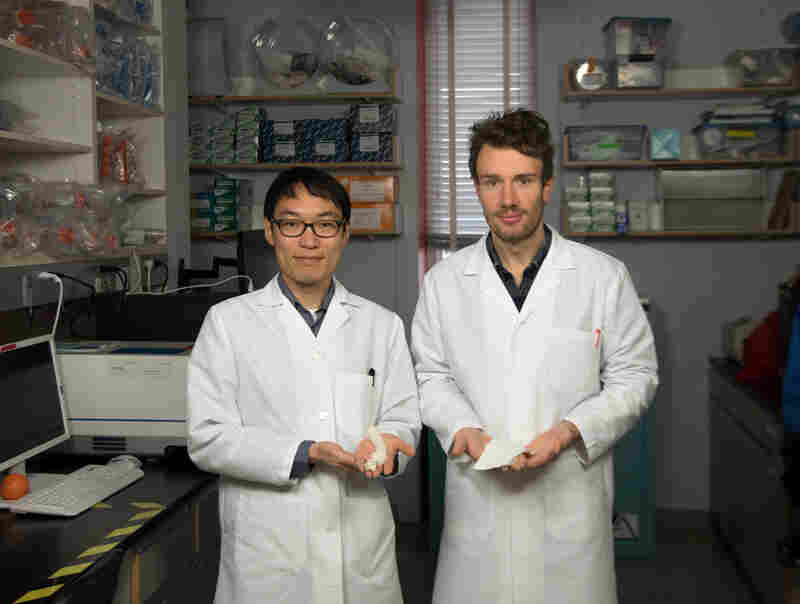 Graduate research scientists Seungkuk Ahn (left) and Christophe Chantre (right) hold nanofiber scaffolds in their lab at Harvard. Their goal is to develop an inexpensive material that can close big wounds with little scarring. Courtesy of Michael Rosnach hide caption 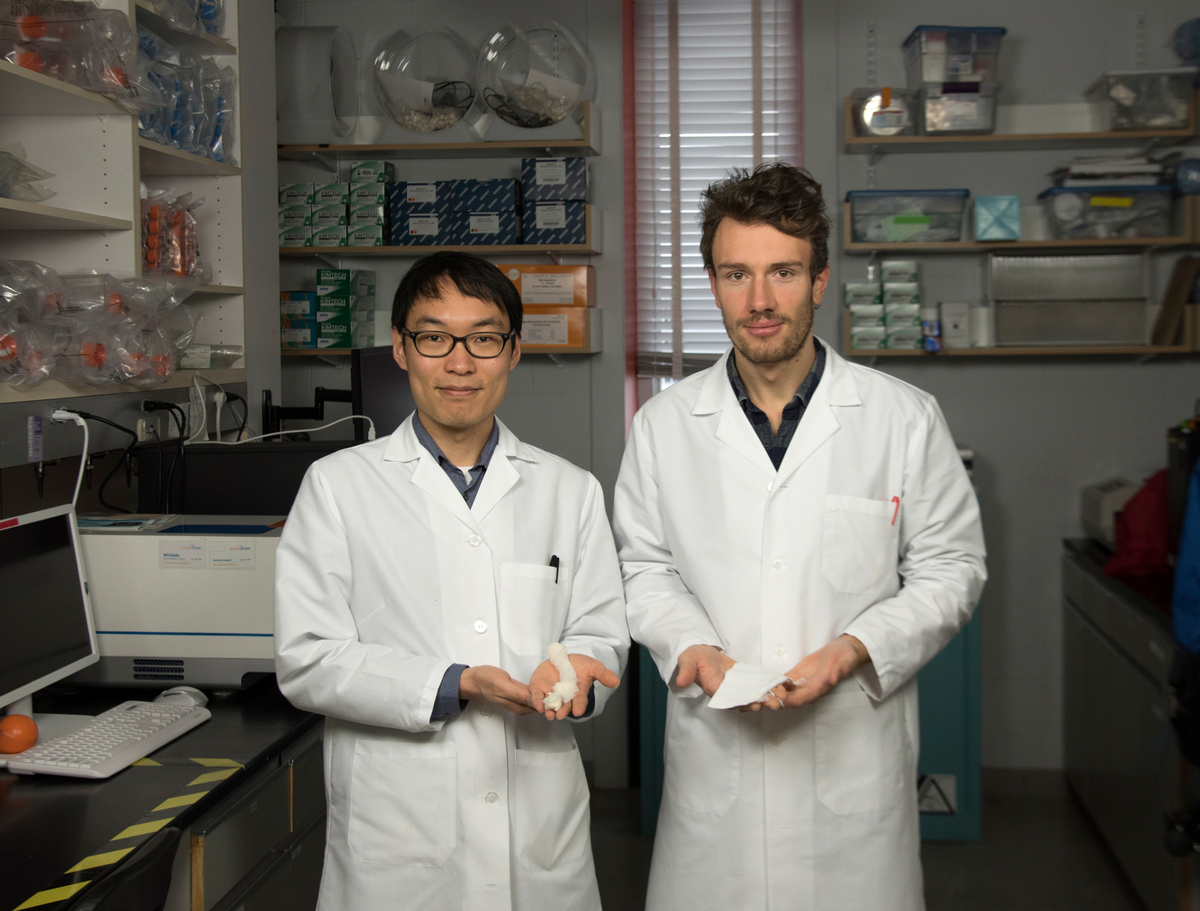 Graduate research scientists Seungkuk Ahn (left) and Christophe Chantre (right) hold nanofiber scaffolds in their lab at Harvard. Their goal is to develop an inexpensive material that can close big wounds with little scarring.

In a second study, published in the journal Advanced Healthcare Materials, researchers from Parker's lab showed that another sort of nanofiber could also help wounds heal faster.

"This nanofiber is made of cellulose and soy protein," says Seungkuk Ahn, who led the effort. The soy protein releases a form of estrogen that is known to promote skin regeneration, Ahn says, "so the bandage generates new tissue formation."

The soy wound dressing does not decrease scarring as effectively as fibronectin does, Ahn says. But it is far easier and less expensive to make, so it could be more suitable for very large wounds.

The new wound dressings are an advance, Parker says. But they represent only a small step toward helping people like the child with severe burns he saw in Afghanistan 15 years ago.

"I don't know if my technology would have helped that night," Parker says. "I doubt it."

The little boy's burns were just too extensive. But Parker hopes the dressings will someday help another injured child.

"Once we've saved a kid," he says, "then we're evening the score a little bit."