Accessibility links
Tax Change For Health Savings Acounts Could Trip Up Consumers : Shots - Health News The new calculation reduces by $50 the amount a family can put into these HSA accounts this year. Anyone who has already funded the account at a higher level will need to adjust, or risk IRS scrutiny.

Health Savings Account Change In 2018 Could Trip Up Some Consumers

Health Savings Account Change In 2018 Could Trip Up Some Consumers 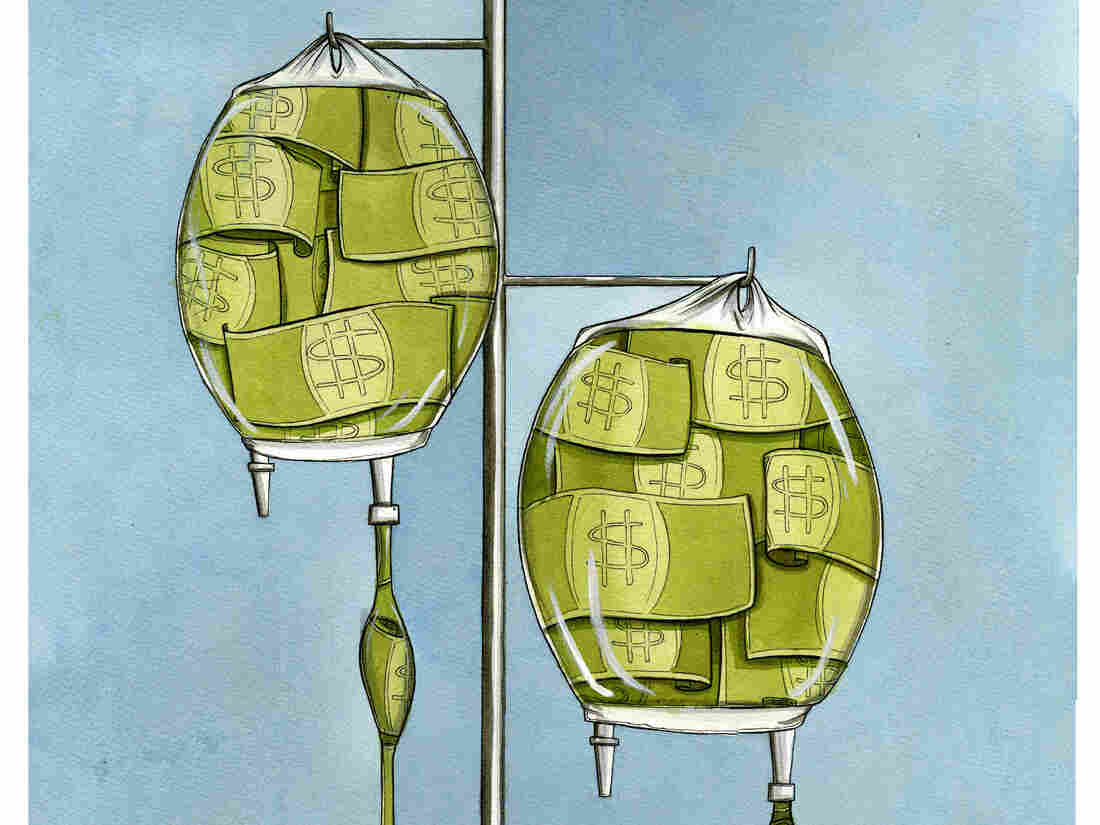 Money deposited in a health savings account is tax-deductible, grows tax-free and can be used to pay for medical expenses. The annual maximum allowable contribution to an HSA is slightly lower for some people this year. Fanatic Studio/Collection Mix: Subjects RF/Getty Images hide caption 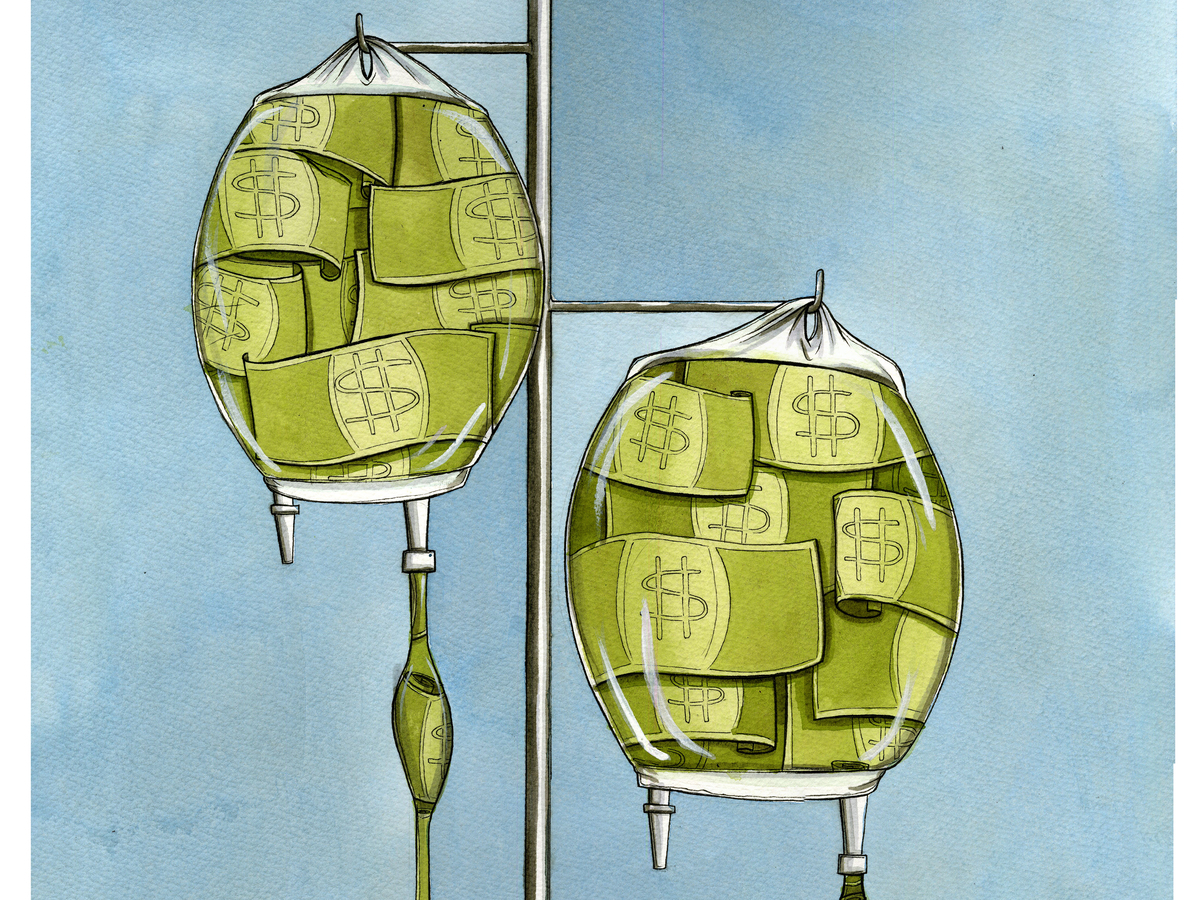 Money deposited in a health savings account is tax-deductible, grows tax-free and can be used to pay for medical expenses. The annual maximum allowable contribution to an HSA is slightly lower for some people this year.

Members of Congress have said they want to loosen rules for health savings accounts. Did they do it in the latest spending bill? Do people who were uncovered for one month in 2017 owe a tax penalty? And how can immigrants who move to the U.S. to retire get insurance? These are the questions I'm tackling for readers this week:

I heard that health savings account rules would be loosened under the new spending bill passed by Congress last month. Did that happen?

No. In fact, the standards have become slightly tighter this year.

In recent years, members of Congress from both parties have supported expanding eligibility for health savings accounts and also expanding the list of ways that money can be spent. To date, though, those proposals, as well as other changes regarding the accounts, haven't become law.

Health savings accounts, which are linked to high-deductible health plans, continue to multiply. In 2017, there were 22 million accounts totaling more than $45 billion in assets, an increase of 11 percent in the number of accounts over the previous year, according to Devenir, a firm that offers advice on HSA investments.

Money deposited in HSAs is tax-deductible, grows tax-free and can be used without owing tax to pay for medical expenses. Advocates promote the plans as a way to help consumers play a larger role in controlling their health spending, and say that the tax advantages help people afford care.

The Internal Revenue Service announced last month that the maximum amount individuals with family coverage could contribute to their health savings accounts would actually be reduced slightly from their previously announced limit for 2018. The maximum contribution for people with individual coverage in 2018 remains $3,450.

The family coverage contribution reduction of $50 — from $6,900 to $6,850 – isn't much of a change. It happened because the federal government altered the way it calculates inflation adjustments to the contribution limits.

But ignoring the new limit could create headaches for people who have already made the maximum HSA contribution for the year based on the $6,900 figure, says Roy Ramthun, president of HSA Consulting Services. If you don't ask the bank that handles your HSA to return the $50 plus any earnings that have accrued before the next tax season, your taxable income will be off by that amount, plus you'll be on the hook for a 6 percent penalty for exceeding the maximum contribution allowed.

That's not going to amount to a lot of money, but there's more than financial pain to consider, Ramthun says. "Do you really want to give the IRS a reason to come find you?"

If you were uninsured for only one month in 2017, you won't owe a penalty. People can be uninsured for up to three consecutive months during the year without triggering a tax penalty for not having coverage, says Tara Straw, a senior policy analyst at the Center on Budget and Policy Priorities.

This year, for the first time, the Internal Revenue Service won't accept electronically filed tax returns unless filers report whether they had health insurance all year, were exempt from the requirement or will pay a penalty for not having had coverage. Any tax refund, too, may be delayed if it is tied to a paper return that doesn't have this information, according to the IRS.

In your case, you'll file federal form 8965 with your tax return to report a short-term insurance coverage gap and claim an exemption from the coverage requirement. Your employer — or your insurer, if you purchased coverage on your own — will send a form to the IRS stating that you were covered for the other 11 months, Straw says.

Those penalties — $695 or 2.5 percent of your household income, whichever is greater — are also in force for 2018 coverage. But starting next year, you won't owe a penalty no matter how long you may be uninsured. The tax reform law eliminated the penalty for not having health insurance in 2019.

What health insurance options are available for my parents, who are seniors who worked in India and are now retired in the United States with green cards?

Depending on their situation, people like your parents who are legally entitled to reside permanently in the United States have a number of options.

From your description, it's unclear whether they live on their own or with you. If you claim them as dependents on your taxes, you might consider adding them to your own health insurance plan, says Shelby Gonzales, a senior policy analyst at the Center on Budget and Policy Priorities.

Immigrants Subsidize, Rather Than Drain, Medicare

Assuming your parents haven't worked for at least 10 years in the United States, they're probably not eligible for premium-free hospitalization coverage under Medicare, the federal health insurance program for people age 65 and older, Gonzales says. If they've lived in the States for at least five years and their income and other resources meet state eligibility guidelines, however, they could qualify for Medicaid, the federal-state program for low-income people.

If they don't qualify for either government health program, they could consider buying a health insurance plan on the state marketplace or through a broker.

If they buy a marketplace plan, they could be eligible for premium subsidies if their income is less than 400 percent of the federal poverty level (about $66,000 for a couple in 2018), says Gabrielle Lessard, a senior policy attorney at the National Immigration Law Center.