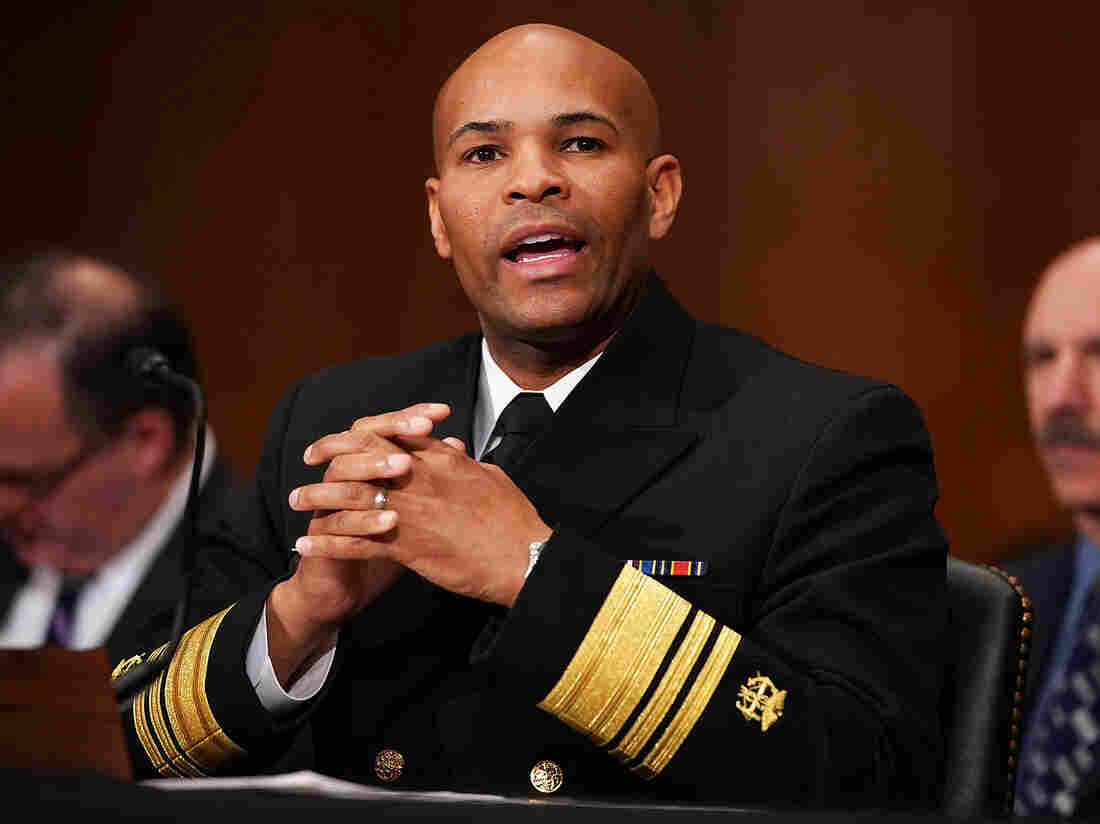 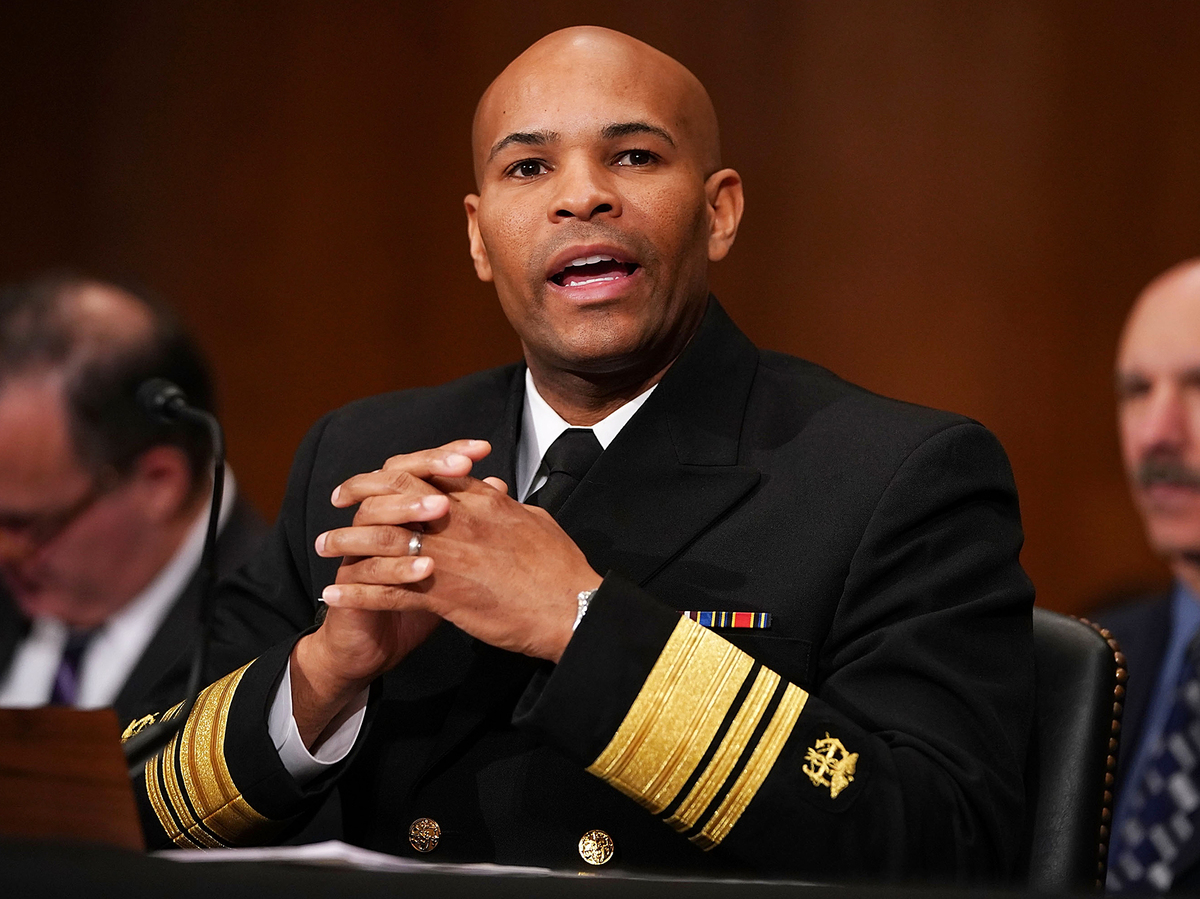 Surgeon General Jerome Adams is recommending that more Americans be prepared to save people from opioid overdoses.

As opioid-related deaths have continued to climb, naloxone, a drug that can reverse overdoses, has become an important part of the public health response.

When people overdosing struggle to breathe, naloxone can restore normal breathing and save their lives. But the drug has to be given quickly.

"The call to action is to recognize if you're at risk," he tells Morning Edition's Rachel Martin. "And if you or a loved one are at risk, keep within reach, know how to use naloxone."

Police officers and EMTs often have naloxone at the ready. Access to the drug for the general public has been eased in the past few years, too.

But prices have increased along with demand. Naloxone-filled syringes that used to cost $6 apiece now cost $30 and up. A two-pack of naloxone nasal spray can cost $135 or more. And a two-pack of automatic naloxone injectors runs more than $3,700.

And while it's true that naloxone can prevent many opioid-related deaths, it doesn't solve the root cause of the problem.

So where does this fit into an overall strategy for tackling the opioid crisis?

NPR's Martin asked Surgeon General Adams about the advisory, and the administration's broader plan for addressing the opioid epidemic.

Here are interview highlights that have been edited for length and clarity.

On keeping naloxone at home, and using it effectively

We should think of naloxone like an EpiPen or CPR. Unfortunately, over half of the overdoses that are occurring are occurring in homes, so we want everyone to be armed to respond.

We're working with pharmacies, providers and medical associations to increase training on how to administer naloxone in homes. But overall — and I'm an anesthesiologist who's administered naloxone many times myself — it's very safe, easy to use, and 49 of 50 states have standing orders for people to be able to access and to use [naloxone] in the home setting.

When a person is having multiple overdoses, I see that as a system failure. We know addiction is a chronic disease, much like diabetes or hypertension, and we need to treat it the same way. We can't have someone overdose and send them back out onto the streets at 2 a.m., because they're going to run right back into the hands of the local drug dealer.

If you come in at 3 a.m., having been resuscitated from an overdose, we need to have either an immediate access to treatment available for you, or, what's working well in many places is a peer recovery coach — someone who's been through this before and who can speak to you in a language that will resonate, and basically can be with you until you're in recovery. Those are the kind of systemic changes we need to make sure naloxone is a touch point that leads to recovery.

On pricing and availability of naloxone

President Trump has asked for, and Congress has approved, $6 billion in funding to respond to the opioid epidemic. There are different grants available for states to purchase naloxone, which they can give out for free.

We're also working with insurers. Ninety-five percent of people with insurance coverage, including Medicare, Medicaid, Tricare and Veterans
Affairs, are actually able to get naloxone with little or no copay, and we're working with them to make that copay as small as possible.

We're also working with Adapt Pharma and Kaleo [two makers of naloxone available in the U.S.] to try to keep costs low. From an economic point of view, unfortunately, there are so many people who need naloxone that drug companies are going to make their money one way or the other.

On the role of law enforcement in combating the opioid crisis

We are not going to solve this crisis without the involvement of law enforcement. I can also tell you, from visiting many communities, that folks are concerned about public safety aspects. One neighbor is concerned their son is overdosing while another other neighbor is worried their house is getting broken into.

I'm focused on meeting with the attorneys general and meeting with local law officials and making sure that if you're dealing drugs, you're going to go to jail. But if you have a substance use disorder, we're going to give you an option to get treatment, and hopefully become a productive member of society again.

On where federal funding can help

This starts with naloxone — saving lives is one of the president's key pillars — and then using it as a bridge for treatment. Fifty-million dollars in funding has been allocated specifically for naloxone, and states are eligible for $2 billion in block grants that they can use however they like.

If we can spend money on prevention and more treatment options, making sure we're providing wrap-around services, I think we'll find ourselves in a good place. I continue to impress upon folks the importance of partnering, making sure that law enforcement is sitting down with health and education so they all put their money together on a local level. At the end of the day, unfortunately, there will never be enough money in the federal government to do everything that we want to do.