Accessibility links
Of Monkey Calls And Human Sound Processing : Shots - Health News A brain imaging study of grown-ups hints at how children learn that "dog" and "fog" have different meanings, even though they sound so much alike.

Listen · 2:58 2:58
How People Learned To Recognize Monkey Calls Reveals How We All Make Sense Of Sound 2:58 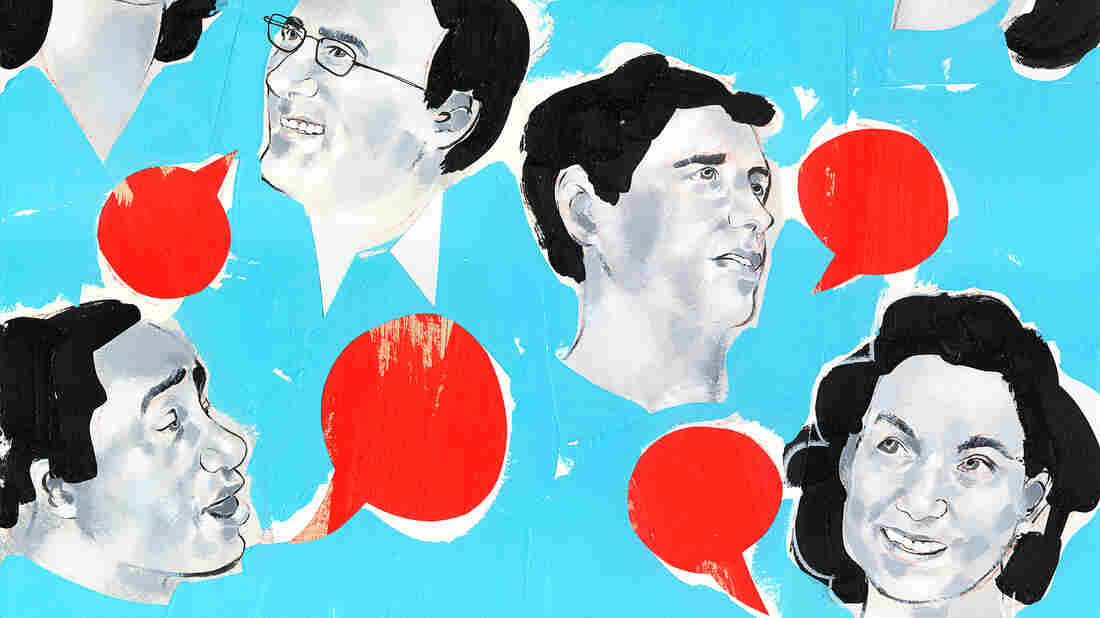 How do we make sense of all that chatter? Ilana Kohn/Getty Images hide caption 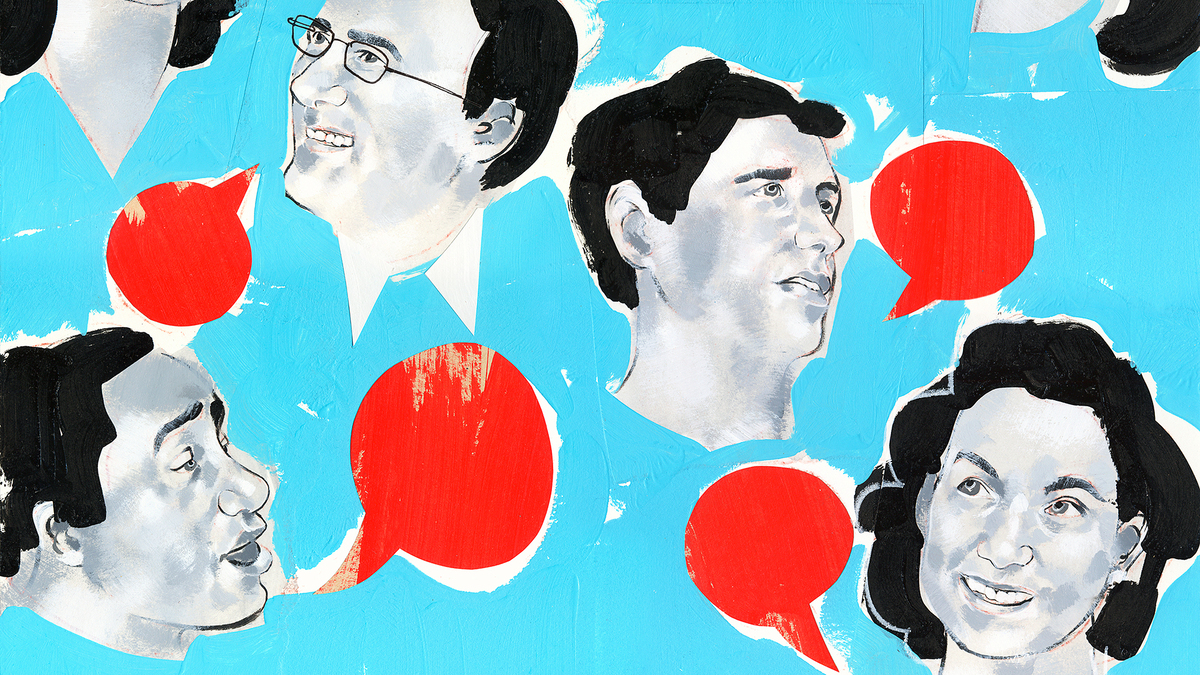 How do we make sense of all that chatter?

The words "dog" and "fog" sound pretty similar. Yet even a preschooler knows whether you're talking about a puppy or the weather.

Now scientists at Georgetown University Medical Center in Washington, D.C., have identified a two-step process that helps our brains learn to first recognize, then categorize new sounds even when the differences are subtle.

And it turns out the process is very similar to the way the human brain categorizes visual information, the Georgetown team reports Wednesday in the journal Neuron.

"That's very exciting because it suggests there are general principles at work here of how the brain makes sense of the world," says Maximilian Riesenhuber, an author of the study and a professor in Georgetown University School of Medicine's Department of Neuroscience.

The finding also could help explain what goes wrong in disorders like dyslexia, which can impair the brain's ability to make sense of what it sees and hears, Riesenhuber says.

The research began as an effort to understand how the brain is able to accomplish feats like recognizing a familiar word, even when it's spoken with an accent or unusual pronunciation.

"You hear my voice," says Riesenhuber, who has a slight German accent. "You've probably never heard me before. But you can hopefully recognize what I'm saying."

To study the process of learning a new sound in all its variations, the team had 16 people learn to recognize calls from rhesus monkeys.

Can you tell the difference between these calls used in the study?

These calls were ideal because they include some characteristics of human speech, but don't convey any meaning to a person.

To a monkey, though, the calls are very meaningful. "One means: OK, great food. The other one: not so great food, "Riesenhuber says. "If you had been a monkey, of course, you would have said, oh wow this is wonderful to hear this."

The human volunteers weren't told what any of the calls meant. But after hours of practice, they learned learned to recognize the calls and accurately sort them into two different categories, even when computer manipulation made the differences less obvious.

Then the team studied brain images showing which areas became active in response to various calls.

"We looked at people's brains before, when they never heard these calls, and then after they'd learned it, and then could see which parts of the brain changed and in what way," Riesenhuber says.

And it was those changes that pointed to a two-step learning process. First, the neurons in one area of the brain would start firing, indicating that they had learned to recognize a new sound. Then neurons in a second area would fire when they recognized which category the sound fit into.

So using the example of a child learning dog and fog, the study suggests one area of the brain learns to hear the subtle differences between those words. Then a second area learns to put one set of sounds in the animal category and the other in the weather category, even if the sounds come with, say, a German accent.

Earlier studies found that the brain uses a similar approach to categorize things we see, like faces and places.

And this sort of research could help explain learning disorders like dyslexia, says Guinevere Eden, a professor of pediatrics at Georgetown who directs the Center for the Study of Learning there.

Dyslexia is often described as a reading problem, Eden says. But researchers have found that children with the disorder also tend to have trouble categorizing sounds.

"If you take 4-year-olds and you play rhyming games with them ('Hat, cat, dog, mat, which is the odd one out?') children who struggled with that went on to have difficulty with reading," Eden says.

Brain imaging studies like the one with monkey calls could help show how the brains of children with dyslexia are different, Eden says. And they could also suggest how tutoring helps kids overcome the problem.

"Where do we see the change," she says. "Is it that their brains look more like children who've never had difficulties in learning to read, or do they reach out to other areas [of the brain] that compensate?"