Accessibility links
Teens Cyberbully Themselves As A New Type Of Self-Harm : Shots - Health News In this latest form of self-harming behavior, adolescents anonymously post mean or derogatory comments about themselves on social media as a way of managing feelings of sadness or self-loathing.

When Teens Cyberbully Themselves

When Teens Cyberbully Themselves 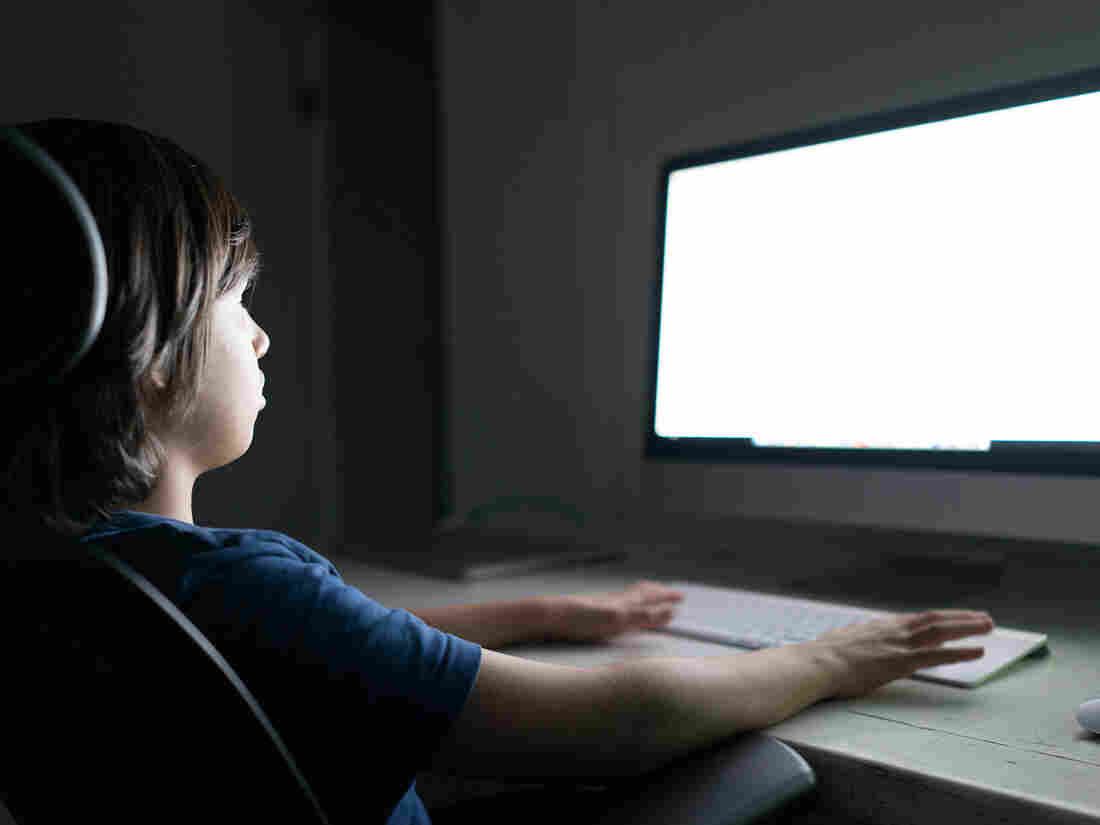 In a study of nearly 5,600 U.S. youths ages 12 to 17, about 6 percent say they've engaged in some sort of digital self-harm. More than half in that subgroup say they've bullied themselves this way more than once. Jasmin Merdan/Getty Images hide caption 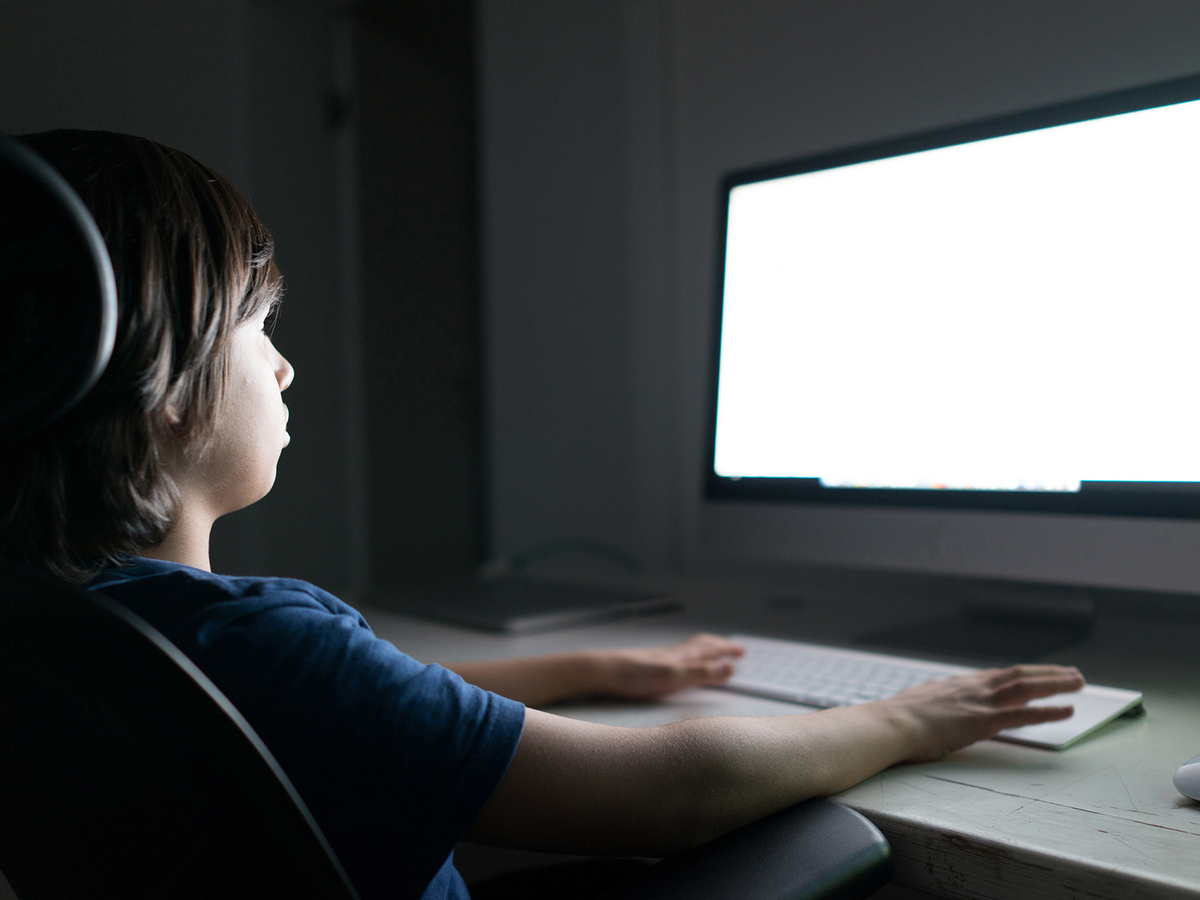 In a study of nearly 5,600 U.S. youths ages 12 to 17, about 6 percent say they've engaged in some sort of digital self-harm. More than half in that subgroup say they've bullied themselves this way more than once.

During the stressful teen years, most adolescents experience emotional highs and lows, but for more than 20 percent of teenagers, their worries and sad feelings turn into something more serious, like anxiety or depression. Studies show that 13 percent to 18 percent of distressed teens physically injure themselves via cutting, burning or other forms of self-harm as a way to cope with their pain.

Recent research and clinical psychologists now suggest that some adolescents are engaging in a newer form of self-aggression — digital self-harm. They're anonymously posting mean and derogatory comments about themselves on social media.

She set up ghost accounts on Instagram and posted mean comments about herself, saying things like, 'I think you're creepy and gay,' and 'Don't sit next to me again.'

Child psychologist Sheryl Gonzalez-Ziegler of Denver says it's a growing problem among teens whom she counsels. One recent client, an adolescent girl, told Gonzalez-Ziegler that she anonymously cyberbullied herself because, as a gay teen, she felt vulnerable and exposed.

"She set up ghost accounts on Instagram and posted mean comments about herself, saying things like, 'I think you're creepy and gay' and 'Don't sit next to me again,' " Ziegler says.

"She said these things because she feared being mocked by her peers," the psychologist explains. "She thought their teasing wouldn't be so bad if she beat them to the punch."

According to a survey published late last year in the Journal of Adolescent Health, teens are bullying themselves online as a way to manage feelings of sadness and self-hatred and to gain attention from their friends. For the study, 5,593 middle and high school students from across the U.S., ages 12 to 17, completed a series of questionnaires that asked about their experiences with digital self-harm and cyberbullying.

"We were alarmed to learn that 6 percent of the youth who participated in our study engaged in some form of digital self-harm," says Sameer Hinduja, co-author of the study and a professor of criminology at Florida Atlantic University. He is also the co-director of the Cyberbullying Research Center.

Hinduja and a colleague found that more than half the teens who cyberbullied themselves had done so more than once. When asked why they had participated in this behavior, the teens said things like, "I already felt bad about myself, and I wanted to make myself feel worse" and "I wanted to see if someone was really my friend."

Psychologists have seen inklings of this type of self-aggression before. In a smaller, 2012 study of 617 high school freshmen, researchers found that 9 percent of the teens had bullied themselves online. Teens who participated in that study reported harming themselves as a way to encourage others to worry about them, to prove how "tough" they were or to get an adult's attention.

"Because teens' online and offline worlds overlap, digital self-harm is a concern for some youth, making online self-harm an emerging area of research," says, Susan Swearer, a professor of psychology at the University of Nebraska, Lincoln who also studies bullying.

A statistical analysis by the Centers for Disease Control and Prevention of more than a decade's worth of emergency room visits in the U.S. suggests that since 2009, the number of girls ages 10 to 14 years who are physically harming themselves has been rising steadily.

According to the American Psychological Association, teens who physically injure themselves often struggle with depression, post-traumatic stress disorder or difficulties with emotional regulation. Not all adolescents who cyberbully themselves have a psychiatric illness, Ziegler notes, but that doesn't mean their behavior should be taken lightly.

"Similar to teens who self-harm by cutting, kids who cyberbully themselves often suffer silently, feeling like they don't have a friend or adult to confide in," says Ziegler.

If these teens don't receive mental health treatment, she says, their feelings of loneliness and sadness can cause them to become depressed and, in rare cases, suicidal.

Because the advent of social media has changed the way many teens form and experience relationships, normal adolescent feelings of insecurity, anxiety and loneliness can become magnified as they scroll through their peers' social media reels. Hinduja says some teens cope with that distress by turning their angst on themselves online.

While some parents are quick to limit a teen's social media use in response, that doesn't adequately address the problem, Hinduja says.

"One of the best thing parents can do is to promote open, nonjudgmental lines of communication with their kids," he says. "Validating a teen's experience can encourage them to confide in adults about their distressing experiences — offline or online."