Accessibility links
Synthetic Lung Surfactant Could Ease Breathing : Shots - Health News Lung surfactant coats tiny air sacs in the lung. Without it, every breath is a struggle, like blowing up millions of little balloons. With surfactant, breathing is as easy as blowing soap bubbles. 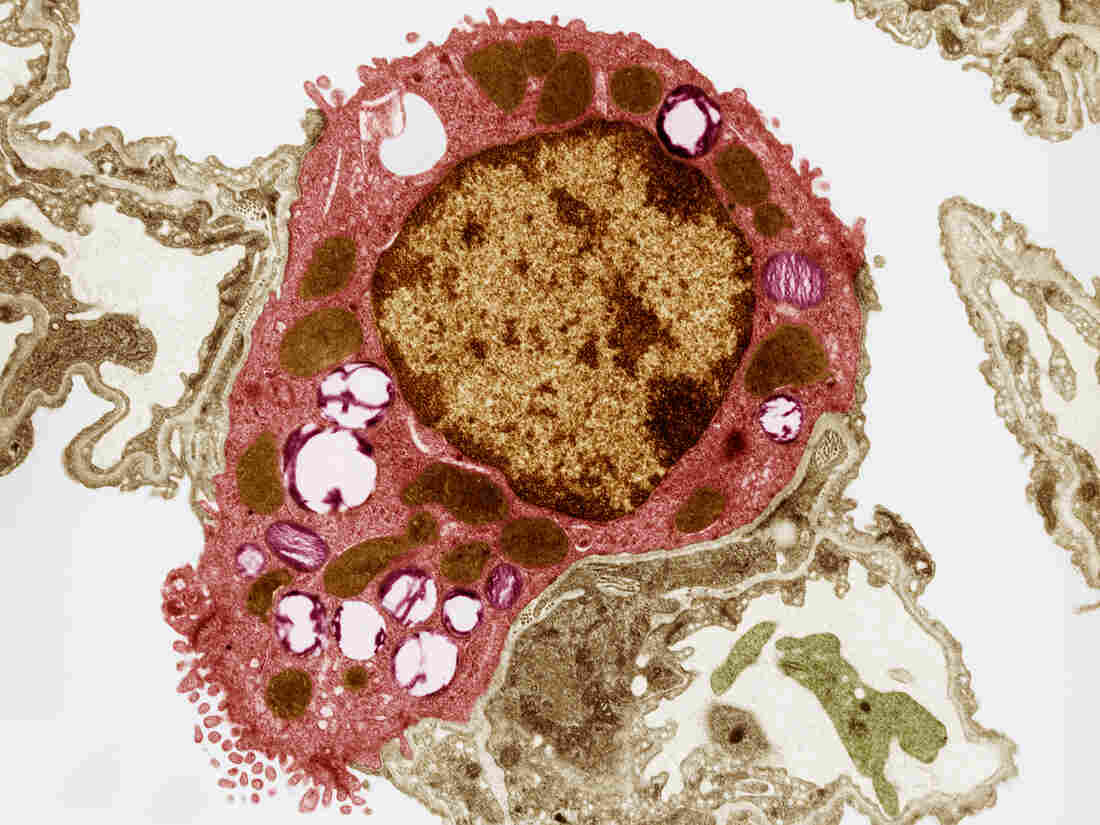 An image from an electron microscope shows a type II alveolar cell, found in the air sacs of lungs. In the cell's cytoplasm (pink) are lamellar bodies (purple), which contain surfactant. SPL/Science Source hide caption 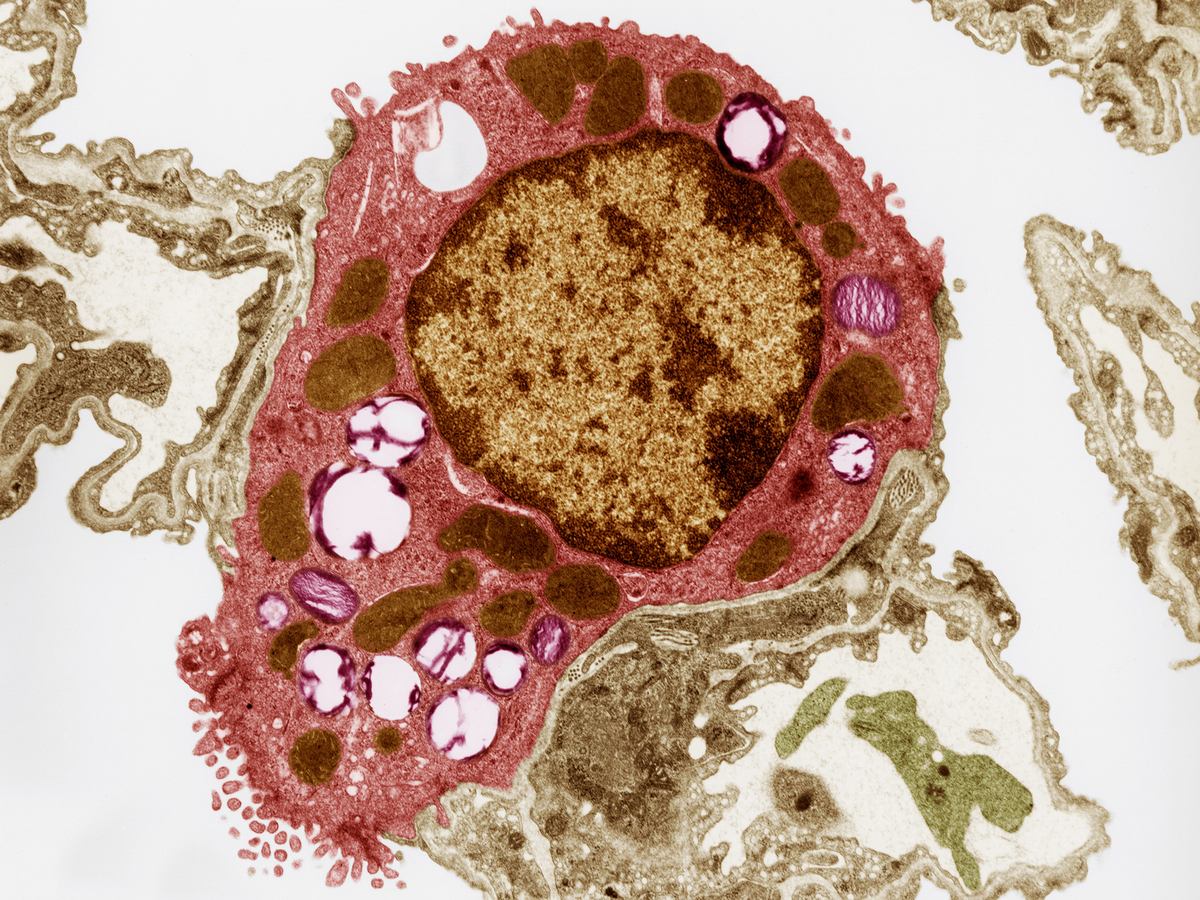 An image from an electron microscope shows a type II alveolar cell, found in the air sacs of lungs. In the cell's cytoplasm (pink) are lamellar bodies (purple), which contain surfactant.

An engineer in California has an invention that she hopes will someday help people with damaged lungs breathe easier.

Stanford University's Annelise Barron has developed a synthetic version of something called lung surfactant. Lung surfactant coats the tiny air sacs in the lung. Without it, every breath would be a struggle, like blowing up millions of little balloons. With surfactant, breathing is as easy as blowing soap bubbles.

Scientists inferred the existence of lung surfactant in the 1950s, and then Dr. Mary Ellen Avery showed that premature infants were unable to make surfactant, explaining the often fatal respiratory distress syndrome they suffered from.

Stanford University pulmonologist Angela Rogers says a surfactant harvested from animal lungs has been used successfully to treat these preemies.

"It's absolutely a lifesaver," says Rogers. "Hundreds of thousands of people are alive in our country today because of the widespread use of surfactant."

Rogers says that success made doctors wonder if surfactant use could be expanded.

"There was a lot of interest in my field to try to surfactant in adults that have a problem with their lungs called acute respiratory distress syndrome," says Rogers, an adult illness also related to missing surfactants.

Initial results using surfactant in adults weren't very promising, and lung surfactant was just too expensive to try using it for very long in adult lungs.

That's where Barron's work comes in. For more than 20 years, she's been trying to make a cheaper, synthetic surfactant, and now she thinks she's succeeded.

"A peptoid is a completely synthetic, not-natural mimic of a peptide," explain Barron.

Barron turned to peptoids because they're cheaper and easier to work with than the natural peptides that make up surfactant.

After years of trying various peptoid combinations, Barron felt she had found one that behaved like the real surfactant. She and her colleagues have done some initial testing, "and what we found is our surfactant works as well as animal surfactant."

It will still be several years before her cheaper synthetic surfactant is ready to try in humans. But Barron says she's prepared to see the project through until the day that happens.

"If you want to take on a scientific problem or a medical problem that is very complex, it takes a long time and a lot of work," she says.

Barron's work on the synthetic surfactant was published Tuesday in the journal Scientific Reports.