Accessibility links
Insurance That Includes Vision Is Still Spotty In The U.S. : Shots - Health News Up to 16 million people in the U.S. have undiagnosed or uncorrected vision errors that could be helped by glasses, contact lenses or surgery. But many health plans don't include routine vision care. 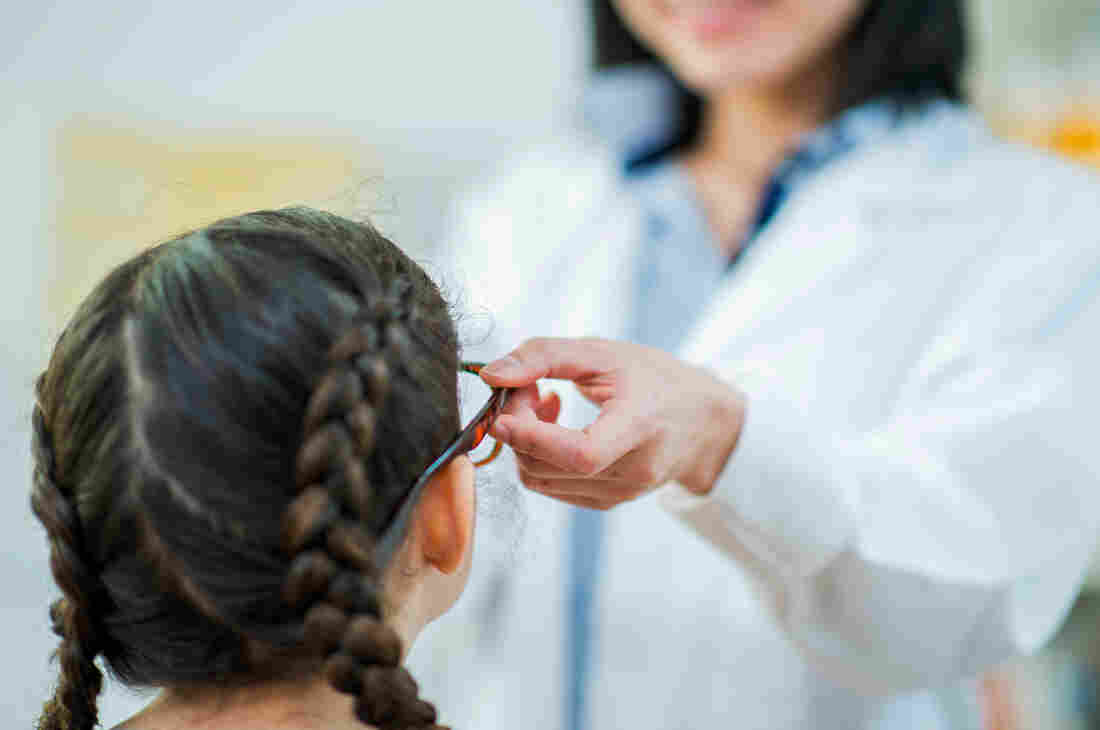 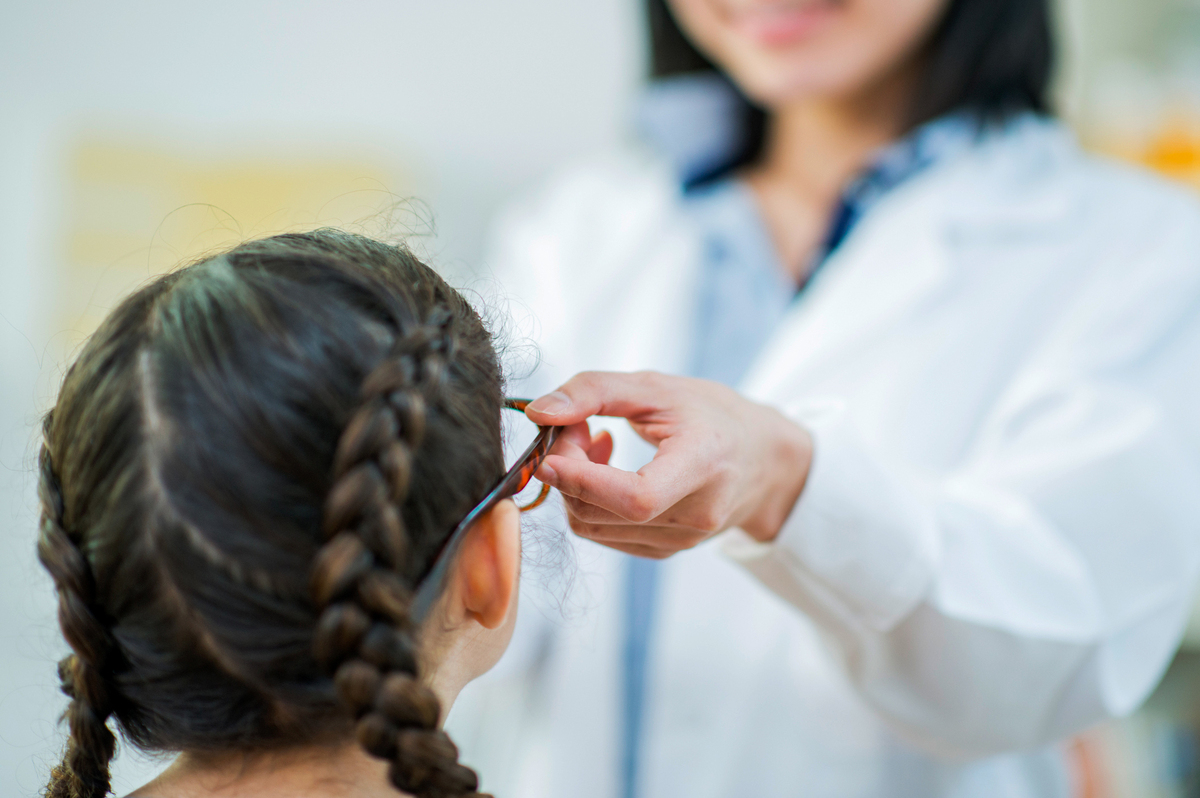 Not seeing clearly can hamper a child's academic achievement, social development and long-term health, research shows. The right pair of glasses can make a big difference.

Every day, a school bus drops off as many as 45 children at a community eye clinic on Chicago's South Side. Many of the kids were referred to the clinic after failing vision screenings at their public schools.

Clinicians and students from the Illinois College of Optometry give the children comprehensive eye exams, which feature refraction tests to determine a correct prescription for eyeglasses and dilation of their pupils to examine their eyes, including the optic nerve and retina.

No family pays out-of-pocket for the exam. The program bills insurance if the children have coverage, but about a third are uninsured. Operated in partnership with Chicago public schools, the program annually serves as many as 7,000 children from birth through high school.

"Many of the kids we're serving fall through the cracks," says Sandra Block, a professor of optometry at the Illinois College of Optometry and medical director of the school-based vision clinics program. Many of the patients are low-income Hispanic and African-American children whose parents may not speak English, or are immigrants who are not in the country legally.

Falling through the cracks is not an uncommon problem when it comes to vision care. According to a 2016 report from the National Academies of Sciences, Engineering and Medicine, as many as 16 million people in the United States have undiagnosed or uncorrected "refractive" errors in their vision that could be fixed with eyeglasses, contact lenses or surgery. And while insurance coverage for eye exams and corrective lenses clearly has improved, significant gaps remain.

But for people stretching their dollars, vision care may lose out to more pressing medical concerns, says Block, who was on the committee that developed the report.

"Vision issues are not life-threatening," she says. "People get through their day knowing they can't see as well as they'd like."

Insurance can make regular eye exams, glasses and treatment for medical problems such as cataracts more accessible and affordable. But comprehensive vision coverage is often achieved only through a patchwork of plans.

The Medicare program that provides coverage for millions of Americans age 65 and older doesn't include routine eye exams, refraction testing or eyeglasses. Some tests are covered if you're at high risk for a condition such as glaucoma, for example. And if you develop a vision-related medical condition such as cataracts, the program will cover the surgery and medical care.

But if you're just a normal 70-year-old and you want to get your eyes examined, the program won't cover it, says Dr. David Glasser, an ophthalmologist in Columbia, Md., who is a clinical spokesman for the American Academy of Ophthalmology.

If you make an appointment because you're experiencing troubling symptoms and get measured for eyeglasses while there, you'll likely be charged anywhere from about $30 to $75, Glasser says. (There are a few exceptions. Medicare will pay for one pair of glasses or contact lenses following cataract surgery, for example. And some Medicare Advantage plans offer vision care.)

Many commercial health insurance plans also exclude routine vision care from their coverage. Employers may offer workers a separate vision plan to fill in the gaps.

VSP Vision Care provides vision care plans to 60,000 employers and other clients, says Kate Renwick-Espinosa, the organization's president. A typical plan provides coverage for a comprehensive eye exam once a year and an allowance toward standard eyeglasses or contact lenses, sometimes with a copayment. Also, individuals seeking plans make up a growing part of VSP's business, she says.

Vision coverage for kids improved under the Affordable Care Act. The law requires most plans sold on the individual and small-group market to offer vision benefits for children younger than 19. That generally means that those plans cover a comprehensive eye exam, including refraction, every year, as well as a pair of glasses or contact lenses.

But since pediatric eye exams aren't considered preventive care that must be covered without charging people anything out-of-pocket under the ACA, they're subject to copays and the deductible.

But simply having insurance isn't enough to preserve vision, eye specialists say. To bring down the number of people with undiagnosed or uncorrected vision, primary care providers need to help their patients understand the importance of getting those checkups. The national academies' report found that regular eye visits can also reduce the impact of chronic medical conditions such as diabetes.

Kaiser Health News, a nonprofit news service, is an editorially independent program of the Kaiser Family Foundation that is not affiliated with Kaiser Permanente. Follow Michelle Andrews on Twitter: @mandrews110.