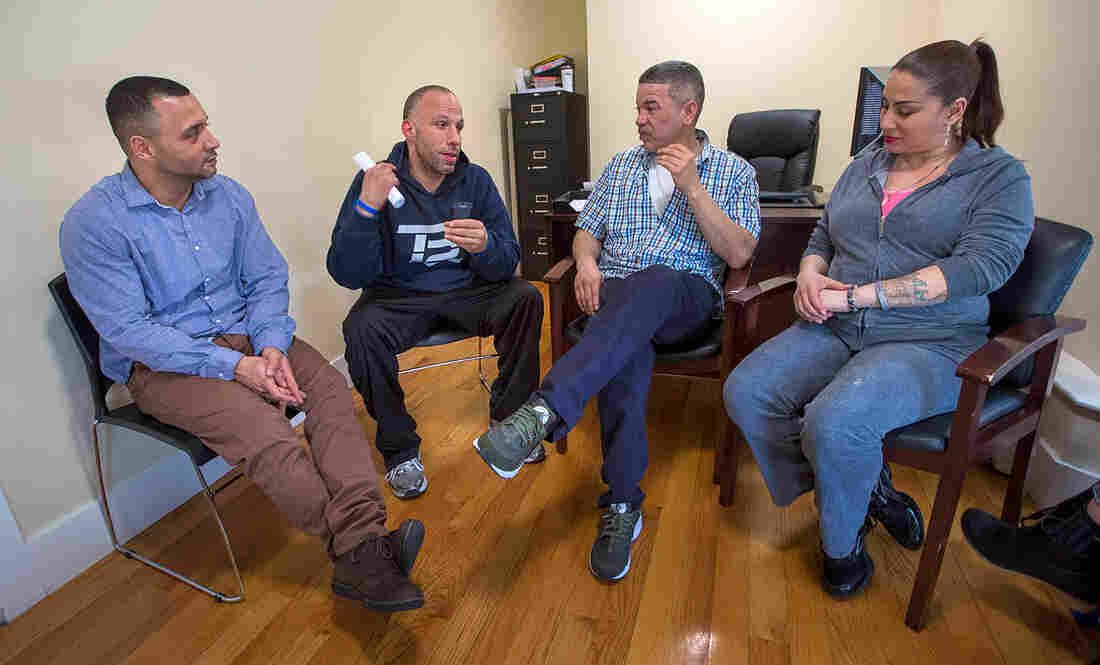 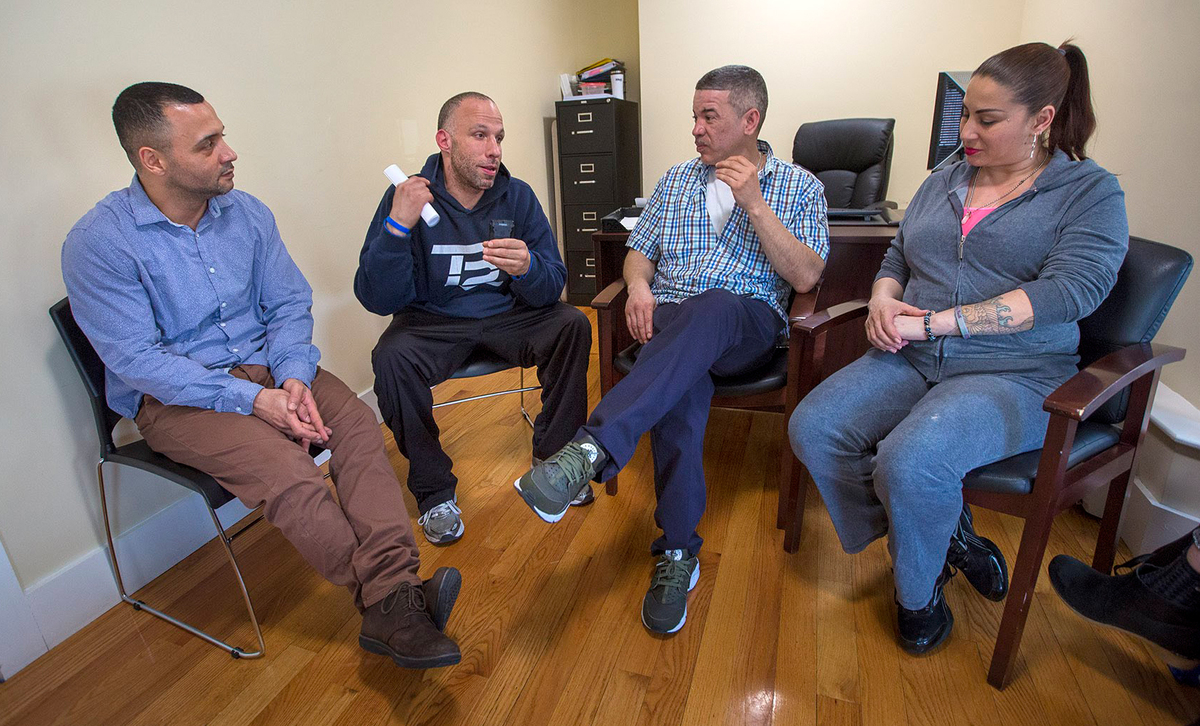 The tall, gangly man twists a cone of paper in his hands as stories from nearly 30 years of addiction pour out: the robbery that landed him in prison at 17; never getting his GED; going through the horrors of detox, maybe 40 times, including this latest, which he finished two weeks ago. He's now in a residential unit for at least 30 days.

"I'm a serious addict," says Julio Cesar Santiago, 44. "I still have dreams where I'm about to use drugs, and I have to wake up and get on my knees and pray, 'let God take this away from me,' because I don't want to go back. I know that if I go back out there, I'm done."

Santiago has some reason to worry. Data on opioid addiction in his home state of Massachusetts shows the overdose death rate for Latinos there has doubled in three years, growing at twice the rate of whites and blacks.

Opioid overdose deaths among Latinos are surging nationwide as well. While the overall death toll is still higher for whites, it's increasing faster for Latinos and blacks, according to data from the Centers for Disease Control and Prevention. Latino fatalities increased 52.5 percent between 2014 and 2016 as compared to 45.8 percent for whites. (Statisticians say counts for Hispanics are typically underestimated by 3 to 5 percent.) The most substantial hike was among blacks — 83.9 percent.

The data portrays a changing face of the opioid epidemic. 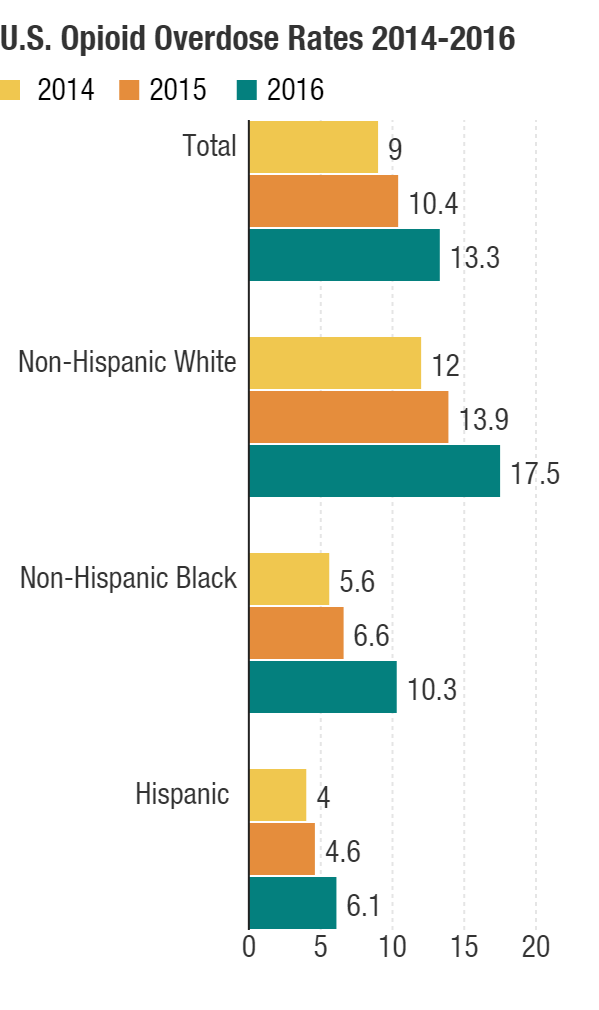 "What we thought initially, that this was a problem among non-Hispanic whites, is not quite accurate," says Robert Anderson, mortality statistics branch chief at the CDC's National Center for Health Statistics. "If you go back into the data, you can see the increases over time in all of these groups, but we tended to focus on the non-Hispanic whites because the rates were so much higher."

There's little understanding about why overdose deaths are rising faster among blacks and Latinos than whites. Some physicians and outreach workers suspect the infiltration of fentanyl into cocaine is driving up fatalities among blacks. 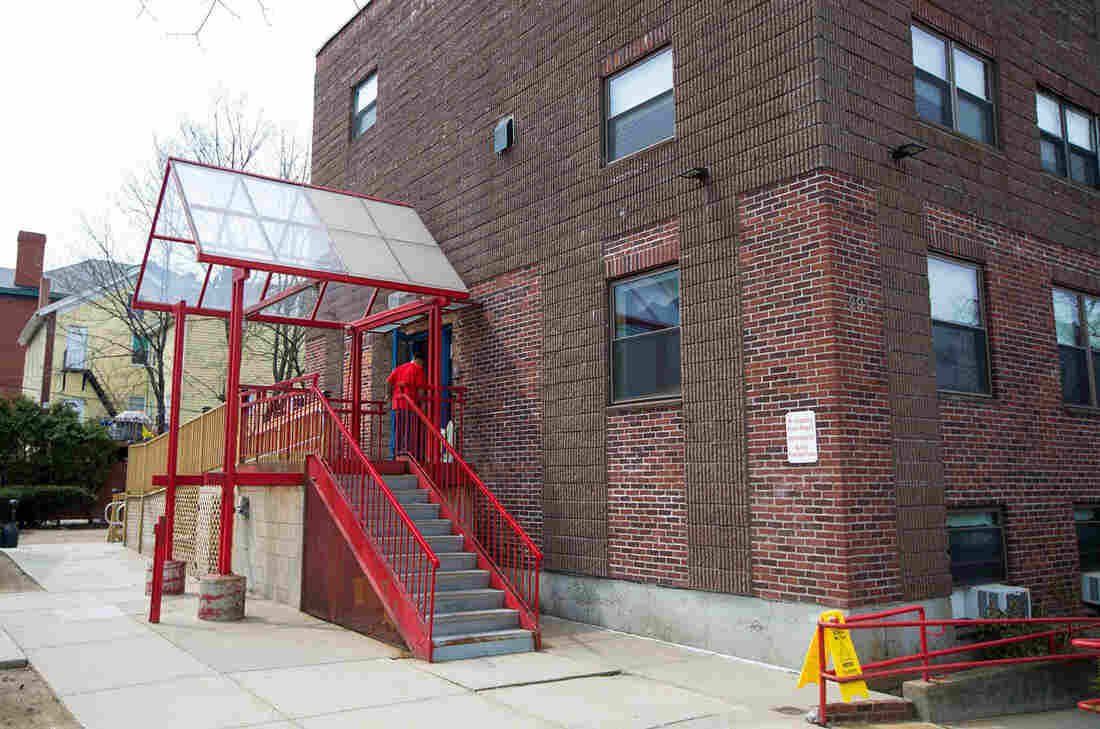 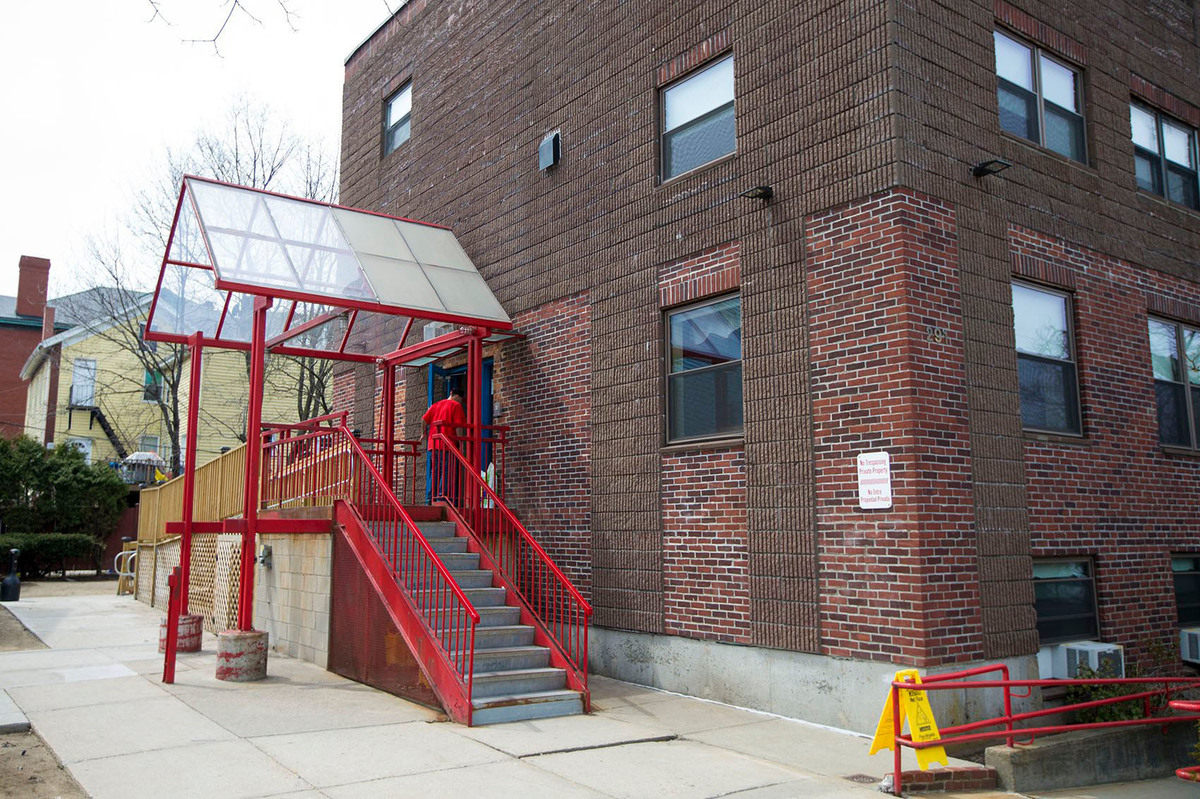 A resident walks into the Casa Esperanza's Men's Program in Roxbury, Mass.

The picture of what's happening among Latinos has been murky, but interviews with nearly two dozen current and former drug users and their family members, addiction treatment providers and physicians reveal language and cultural barriers and even fear of deportation could be limiting the access of Latinos to life-saving treatment.

Irma Bermudez, 43, describes herself as a "grateful recovering addict." She's living in the women's residential unit at Casa Esperanza, a collection of day treatment, residential programs and transitional housing in Boston's Roxbury neighborhood.

Bermudez says the language barrier keeps anyone who can't read English out of treatment from the start, as they try to decipher websites or brochures that advertise options. If they call a number on the screen or walk into an office, "there's no translation — we're not going to get nothing out of it," Bermudez says. 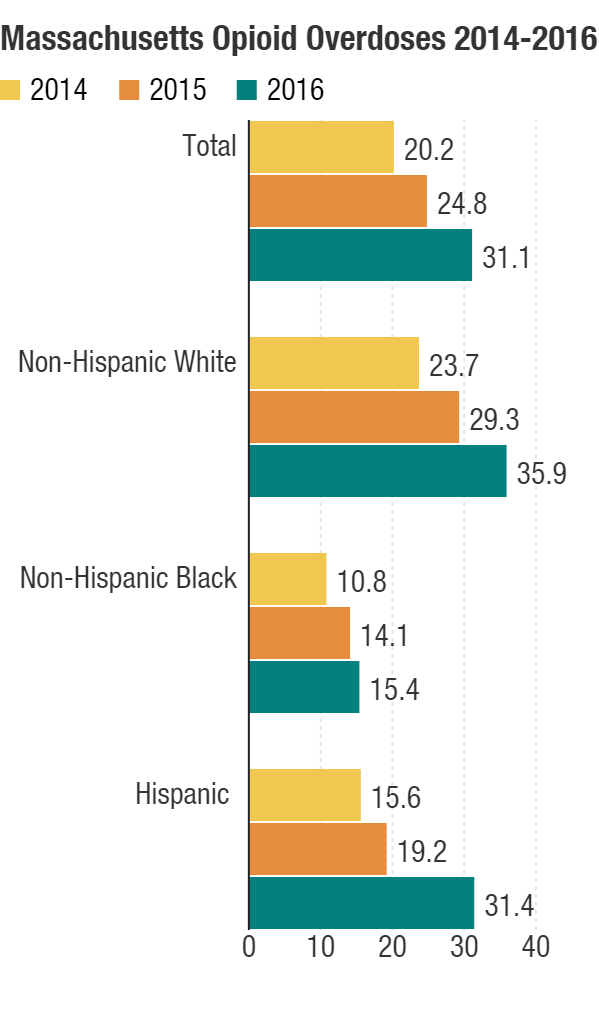 Some of the Latinos interviewed for this story describe sitting through group counseling sessions, part of virtually every treatment program, and not being able to follow much, if any, of the conversation. They recall waiting for a translator to arrive for their individual appointment with a doctor or counselor and missing the session when the translator is late or doesn't show up at all.

SAMHSA, the federal Substance Abuse and Mental Health Services Administration, maintains a Find Treatment website which includes listings of treatment offered in Spanish. But several Massachusetts providers listed there could not say how many translators they have or when they are available. The SAMHSA site is only available in English, with Spanish-language translators only available by phone.

At Casa Esperanza, 100 men are waiting for a spot in the male residential program, so recovery coach Richard Lopez spends a lot time on the phone trying to get clients into a program he thinks has at least one translator.

After battling with voicemail, says Lopez, he'll eventually get a call back; the agent typically offers to put Lopez's client on another waiting list. It frustrates him. 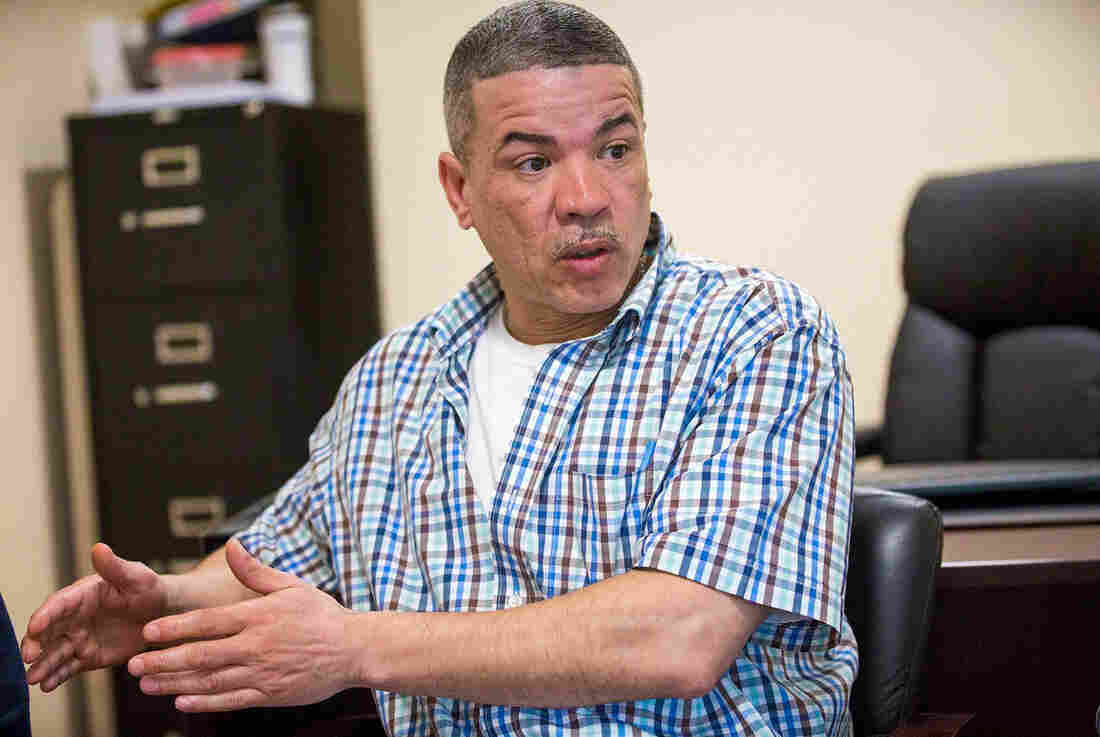 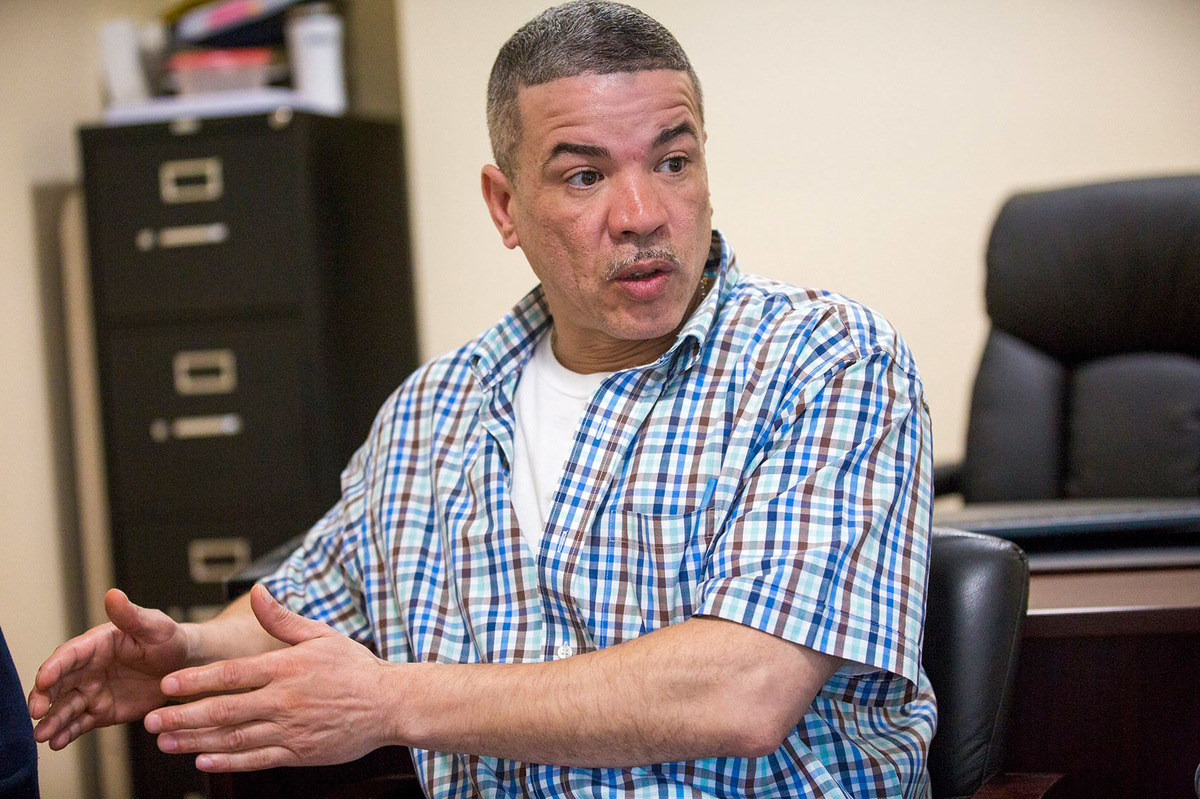 "You're telling me that this person has to wait two to three months? I'm trying to save this person today," he says. "What am I going to do, bring these individuals to my house and handcuff them so they don't do nothing?"

Casa Esperanza Executive Director Emily Stewart says Massachusetts needs a public information campaign via Spanish-language media that explains treatment options. She'd like that to include medication-assisted treatment, which she says is not well understood.

Some research shows Latino drug users are less likely than others to have access to or use the addiction treatment medicines, methadone and buprenorphine. One study shows that may be shifting. But, Latinos with experience in the field say, access to buprenorphine (which is also known by the brand name Suboxone) is limited because there are few Spanish-speaking doctors who prescribe it.

Lopez has close ties these days with health care providers, the police and EMTs. But that has changed dramatically from when he was using heroin. On the streets, he says,"It's not cool to be calling 911," when a person sees someone overdose. "I could get shot, and I won't call 911."

It's a machismo thing, says Lopez.

"To the men in the house, the word 'help,' sounds like degrading, you know?" he says. Calling 911 "is like you're getting exiled from your community."

Santiago says not everyone feels that way. A few men called EMTs to help revive him. "I wouldn't be here today if it wasn't for them," he says.

But Santiago and others say there's growing fear among Latinos they know of asking anyone perceived as a government agent for help — especially if the person who needs the help is not a U.S. citizen.

"They fear if they get involved they're going to get deported," says Felito Diaz, 41.

Bermudez says Latino women have their own reasons to worry about calling 911 if a boyfriend or husband has stopped breathing. 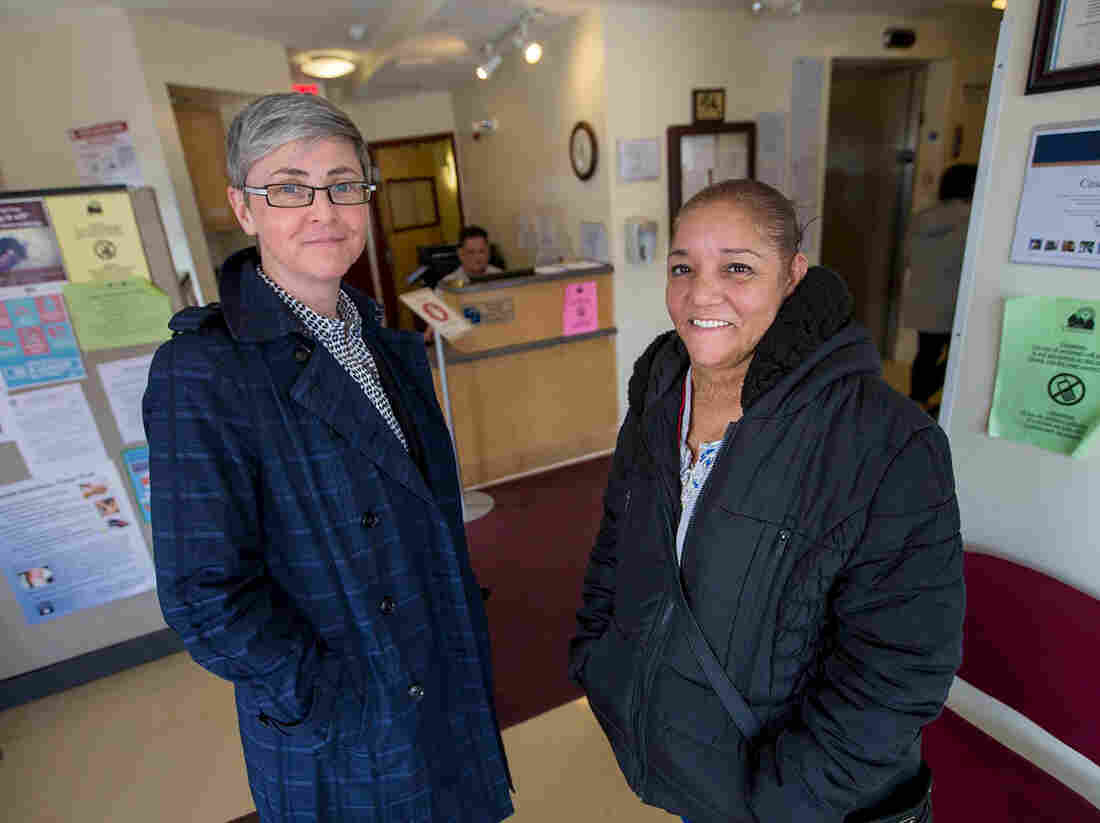 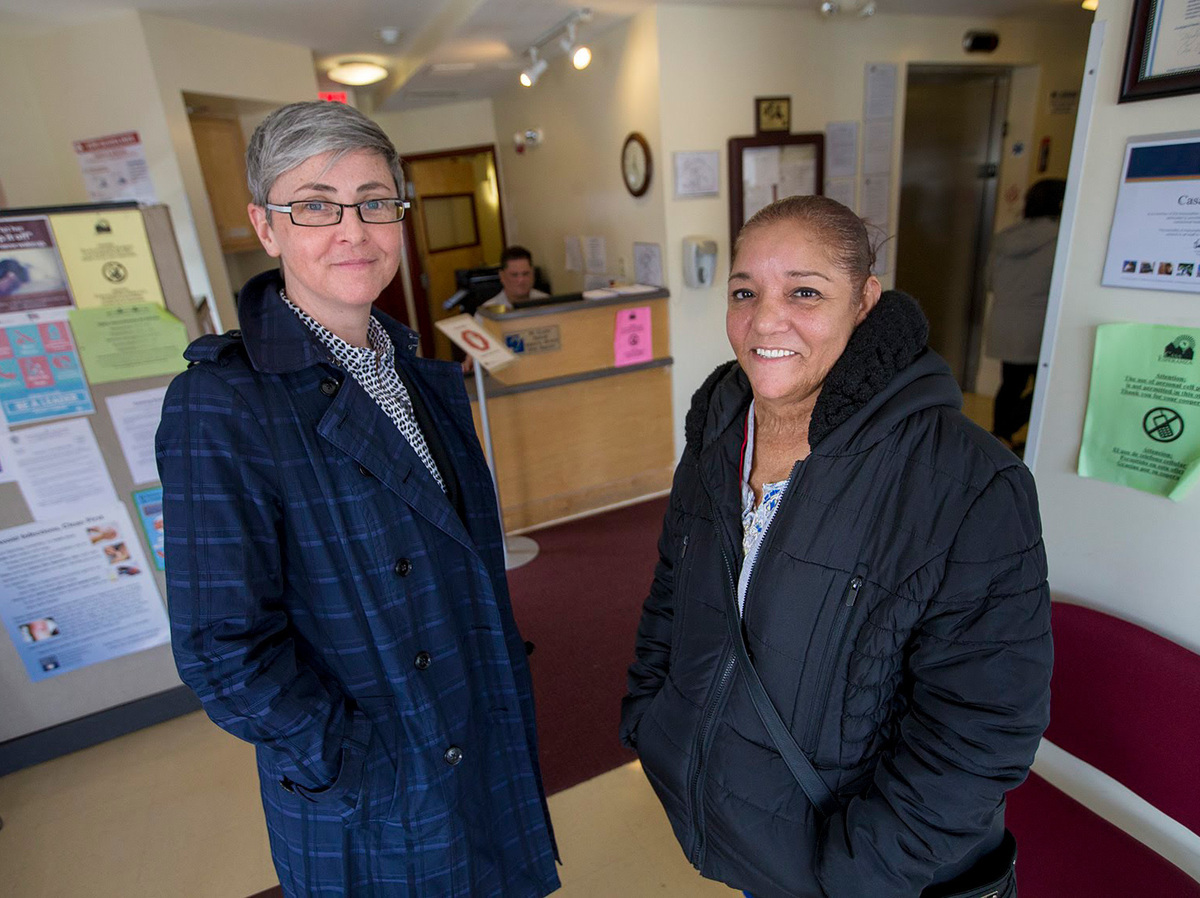 "If they are in a relationship and trying to protect someone, they might hesitate as well," says Bermudez, if the man would face arrest and possible jail time.

Ties in the community

Another reason some Latino drug users say they've been hit especially hard by this epidemic: A 2017 DEA report on drug trafficking noted that Mexican cartels control much of the illegal drug distribution in the United States, selling the drugs through a network of local gangs and small-scale dealers.

In the Northeast, Dominican drug dealers tend to predominate.

"The Latinos are the ones bringing in the drugs here," says Rafael, a man who uses heroin and lives on the street in Boston, close to Casa Esperanza. "The Latinos are getting their hands in it, and they're liking it."

NPR agreed not to use Rafael's last name because he uses illegal drugs.

Some Spanish-speaking drug users in the Boston area say they get discounts on the first, most potent cut. Social connection matters, they say.

"Of course, I would feel more comfortable selling to a Latino if I was a drug dealer than a Caucasian or any other, because I know how to relate and get that money off them," says Lopez.

The social networks of drug use create another layer of challenges for some Latinos, says Dr. Chinazo Cunningham, who treats many patients from Puerto Rico. She primarily works at a clinic affiliated with the Montefiore Medical Center in the Bronx, in New York City.

"The family is such an important unit — it's difficult if there is substance use within the family for people to stop using opioids," Cunningham says.

The burden of poverty

Though Latinos are hardly a uniform community, many face an additional risk factor for addiction: poverty. About 20 percent of the community lives in poverty, compared to 9 percent of whites according to the Kaiser Family Foundation. In Massachusetts, four times as many Latinos live below the poverty line as do whites. The majority of Casa Esperanza clients were recently homeless. The wait time for one of the agency's 37 individual or family housing units ranges from a year to a decade.

"If you've done all the work of getting somebody stabilized and then they leave and don't have a stable place to go, you're right back where you started," says Casa Esperanza's Stewart.

Cunningham says the Latino community has been dealing with opioid addiction for decades and it is one reason for the group's relatively high incarceration rate. In Massachusetts, Latinos are sentenced to prison at five times the rate of whites.

"It's great that we're now talking about it because the opioid epidemic is affecting other populations," Cunningham says. "It's a little bit bittersweet that this hasn't been addressed years before. But it's good that we're talking about treatment rather than incarceration, and that this is a medical illness rather than a moral shortcoming."

Nationally, says the CDC's Anderson, there's no sign that the surge of overdose deaths is abating in any population.

"We've already had two years of declining life expectancy in the U.S. and I think that when we see the 2017 data we'll see a third year," says Anderson. "That hasn't happened since the great influenza pandemic in the early 1900s."

The death numbers for 2017 are expected out by the end of this year.