Accessibility links
Pregnancy Vaccine Protects Newborns From Whooping Cough : Shots - Health News Doctors want to remind moms to get certain vaccines while pregnant. Whooping cough in particular can be deadly for newborns, but only about 50 percent of pregnant women get the vaccine. 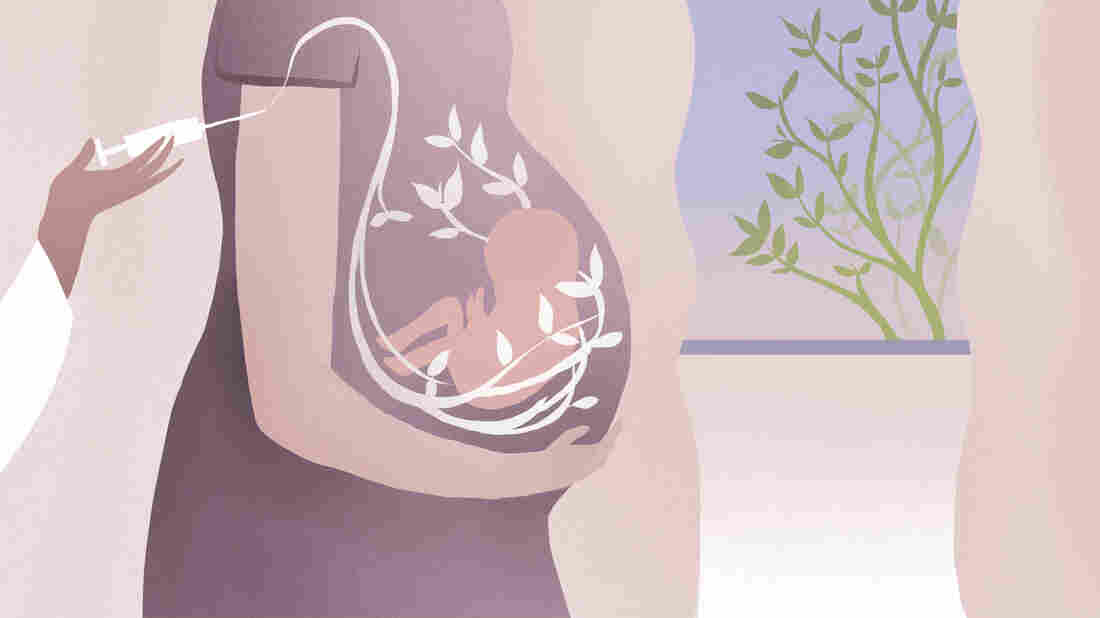 A vaccine given during pregnancy protects the baby against whooping cough, but only about 50 percent of pregnant women get it. Nicole Xu for NPR hide caption 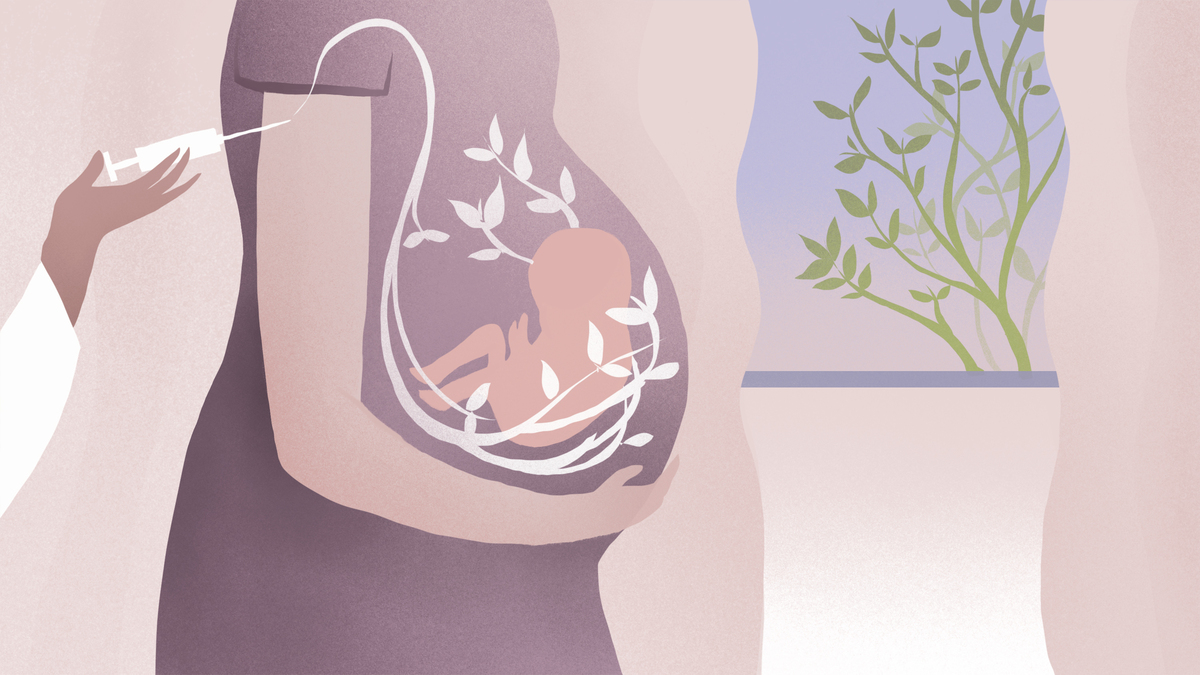 A vaccine given during pregnancy protects the baby against whooping cough, but only about 50 percent of pregnant women get it.

The list of things you're supposed to avoid when you're pregnant (like I am) is comically long. Hot baths. Alcohol. Soft cheeses. Tuna and lunch meat. Sprouts.

So it felt a little odd to be offering up my arm for a vaccine a few weeks ago, at the start of my third trimester. Really? No ibuprofen or Pepto, but yes vaccines?

The shot was to protect against whooping cough, among other things, and doctors at the American College of Obstetricians and Gynecologists or ACOG recommend it for all women, in every pregnancy. And, there are a few other shots that are advised for pregnant women, depending on your circumstances — and a few you're not supposed to get.

For the first time, the group has released a one-page immunization guide for pregnant women that spells all of this out.

It's basically like the vaccine schedule for children you might see in the pediatrician's office, but much simpler. The goal is for it to be easily posted in doctors' offices, "so that it becomes more automatic and part of everyday prenatal care," says Dr. Laura Riley, one of the guide's authors and chair of the ACOG immunization work group.

The two vaccines most pregnant women should get are the flu shot and the tetanus, diphtheria, and acellular pertussis vaccine or Tdap.

The flu shot is, of course, given seasonally. It's recommended because women's immune systems are affected by pregnancy, and they're more likely to get seriously sick from influenza.

Tdap is a bit different — it protects newborns against pertussis or whooping cough. It's a very contagious disease especially for infants and it can make them seriously ill. According to the Centers for Disease Control and Prevention, half of babies who get pertussis end up in the hospital, and some die.

The recommendation to get the Tdap shot in pregnancy came out in 2013. But Riley says, a lot of parents aren't aware of it. She says patients tell her: "'I've never heard of whooping cough! What's the big deal? Why do we even have to worry about this?'"

And, she says, since adults don't generally get seriously sick from pertussis, sometimes they can be unaware that they have it, and can pass it on unknowingly to babies.

Newborns aren't given their own vaccine against pertussis until they're a few months old. Researchers used to think that babies would be safe for the first few months if their mother had the Tdap shot at least once during her reproductive life, but they learned that didn't offer enough protection, Riley says.

"There were kids that died whose mothers had been vaccinated at least some point prior to pregnancy," she says.

There's data to show giving Tdap during each pregnancy works to protect newborns, who get pertussis antibodies in utero from the mother. And there's the example of the U.K. After a national outbreak of whooping cough in 2012, the government made a big push to vaccinate pregnant women, and infant deaths from whooping cough plummeted.

In the U.S., the CDC estimates only about half of pregnant women currently get the vaccine.

Riley says sometimes providers forget to offer it, patients refuse the shot, or they say they'll wait until their next visit. "The next visit comes, no one remembers to ask them again, well that baby's not going to be protected," she says.

Vaccines to avoid or get case-by-case

The new vaccine guide also makes clear which shots should be avoided: varicella (chickenpox) and measles, mumps and rubella or MMR. These are live vaccines, which means there's a weakened form of the virus in the shot.

"We don't want to take even a chance that those vaccines could create disease in the mother and potentially infect the baby," Riley says.

However, if a pregnant woman does not have immunity to rubella, for example, her doctor can give her the MMR shot right after she delivers the baby, before she leaves the hospital.

Riley says, ACOG also wanted to make it easy for prenatal providers to remember which shots are OK to give during pregnancy in certain cases. For instance the pneumococcal pneumonia vaccine is suggested if the mother is diabetic or has sickle cell disease, Hepatitis A if there's an outbreak, and Hepatitis B for women who have some behavioral risk factors.

"We wanted to highlight those as, 'If you have a patient who is at high risk for these diseases, you can and should give them those vaccines when they're pregnant,' " she says.

There really aren't that many vaccines pregnant women need to worry about — it's a short list. Riley hopes that the simplicity of the new guide will result in more women getting vaccinated.

I told Dr. Riley that I had gotten my Tdap shot right on time, at 30 weeks pregnant, and that it really hurt my arm for a few days. "Yeah," she laughed. "It's not comfortable." But to protect the baby, she says, it's definitely worth it.