For Women Over 30, There May Be A Better Choice Than The Pap Smear

For Women Over 30, There May Be A Better Choice Than The Pap Smear 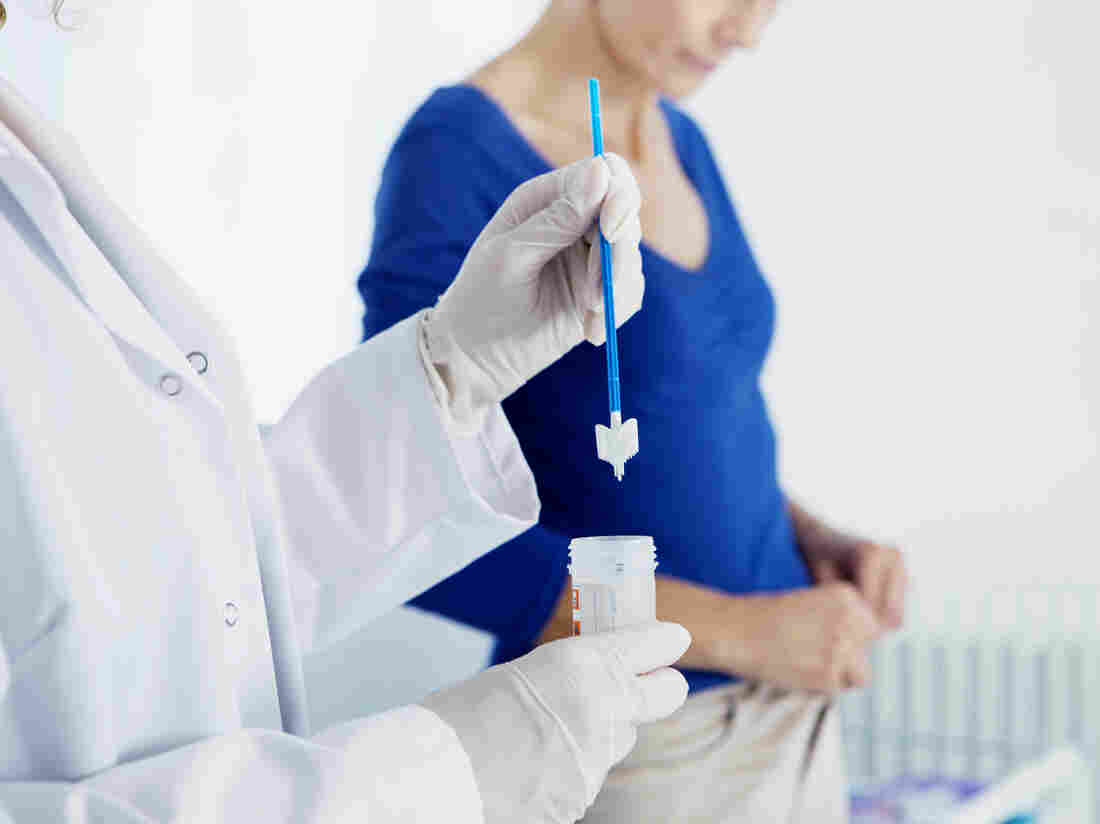 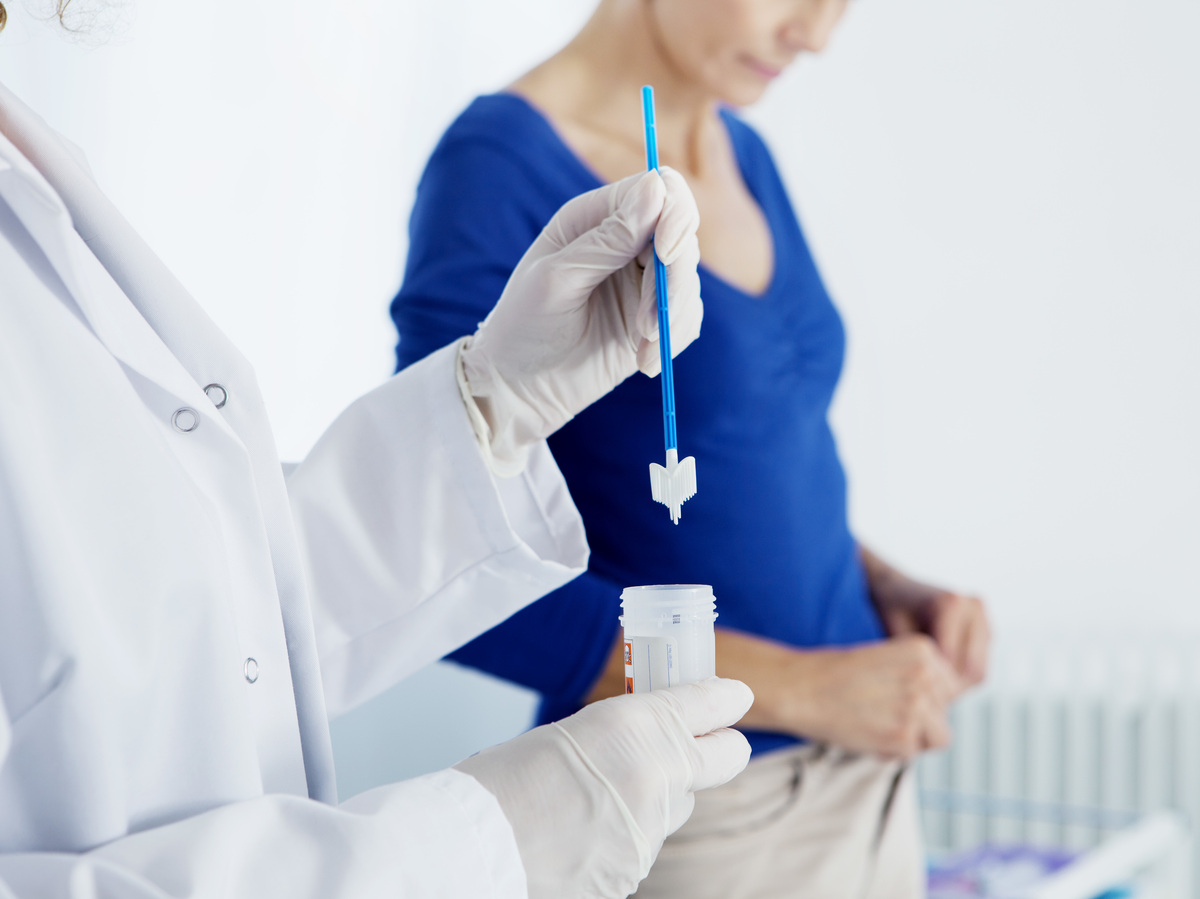 The standard way to check for cervical cancer risk is the Pap smear, which involves visually inspecting cervical cells for signs of abnormality.

There's another way to screen for cervical cancer risk, by directly testing for the human papillomavirus, or HPV, which causes 99 percent of cervical cancer. A study published in JAMA Tuesday suggests that method might be preferable for women age 30 and over.

The FDA in 2014 approved the first HPV test, which tests cervical cells for the presence of HPV.

The new study, called the HPV FOCAL trial, compared the HPV test with traditional Pap smear screening among 19,000 Canadian women over four years. It adds to a body of research suggesting that HPV testing might be more accurate.

"In our world this study is going to be a pretty big deal, in a good way," says Dr. Kathleen Schmeler, a gynecologic oncologist at the University of Texas MD Anderson Cancer Center.

Schmeler says that in the U.S., it has been hard to justify replacing the Pap smear with the HPV test because there has not been a head-to-head comparison until now.

The issue is not resolved. Some are still skeptical of relying on HPV testing alone, and co-testing, or using both the HPV test and a Pap smear, is still the standard.

Current screening guidelines from the U.S. Preventive Services Task Force recommend women ages 30 to 65 have a Pap smear every three years, or every five years if an HPV test is done at the same time.

But draft recommendations issued last fall by USPSTF recommended just one or the other — a Pap smear or an HPV test — instead of co-testing for women 30 and up. The organization has yet to issue final guidelines. This new study could prove important in deciding practice guidelines.

At the start of the HPV FOCAL trial, some women received HPV testing and some had a Pap smear; those in the Pap smear group who tested negative had a second Pap after two years. Both groups were tested again using both methods after four years.

"What our study shows is that by using HPV testing, we detect precancerous lesions earlier," says lead author Dr. Gina Ogilvie. "If women have a negative HPV test, they are significantly less likely to have a precancerous lesion four years later, meaning we can extend screening time."

Ogilvie, a professor of medicine at the University of British Columbia, says this study shows that the real value of co-testing actually comes from the HPV test, not the Pap smear.

Studies like this one could lead to a change in guidelines, according to Dr. Chris Zahn, the vice president of practice for the American College of Obstetricians and Gynecologists.

Even if guidelines do change for women over 30, the Pap smear is still important for women ages 21-29. They can't rely on HPV testing, Schmeler says, because almost everyone in that age group will contract HPV, and in many cases it goes away on its own. If the virus persists until their 30s, that's where problems come in.

"If you tested everyone for HPV in their 20s, they are almost all going to be positive, but there's going to be all of this intervention that's not needed," she says.

Moving away from co-testing may not be a good idea, says Mark Spitzer, an OB-GYN and past president of American Society for Colposcopy and Cervical Pathology. He wrote in an email that this new study actually shows the small but significant benefit of co-testing. He cites the small group of women who had abnormal cells discovered through a Pap smear at the end of the study period.

"In the U.S., co-testing is currently the recommended gold standard, and neither doctors nor their patients should be willing to give up the added benefit you get from screening with a Pap test and HPV test together," he says.

Dr. Diane Harper, a professor of medicine who researches HPV at the University of Michigan, argues that the study was "extraordinarily well done" and moving away from co-testing could result in a decrease of false positives.

"The whole reason for [co-testing] is that you get a slight improvement in sensitivity," Harper says. "But your false positive rate blows up. It's up to 30 percent of people [who] are falsely positive."

Women who have a positive Pap smear generally get a colposcopy, which is an even closer examination of the cervix, vagina and vulva for signs of disease.

A false positive could mean going through a biopsy during a colposcopy. Biopsies come with risks like bleeding, infection and pelvic pain, according to the Mayo Clinic. Harper says false positives bring unnecessary costs and fears to patients.

"That's a lot of women that are unnecessarily worried," she says.

Women can get a clear result from a simple HPV test and those who receive a negative result will be able to trust those results for several years, she says.

"It's really amazing — there's no other test that gives us this level of reassurance for that period of time for a cancer," Harper says.

Pap smears rely on the human eye to get results, she says, and it's far preferable to detect problems on a molecular level.

HPV testing is conducted on cervical cells gathered during a gynecological exam. It also can be done on samples of vaginal and cervical secretions that clinicians or women themselves gather with a swab — a less invasive process than the Pap. That process was shown to be accurate in multiple studies but is not yet used in clinical practice in the U.S.

One caution about the study findings, says Dr. Carol Mangione, a USPSTF task force member and UCLA professor of medicine, is that screening — either kind — is what saves lives. She says the method of testing comes second to being sure that all women, especially high-prevalence groups like black and Hispanic women, are able to get the testing they need.

"Most cases of cervical cancer happen in women who have not been regularly screened, or who have been screened, but don't have access to appropriate treatment," she says. "When we think about cervical cancer screening, we want to think about it in the framework of how do we get this test in the hands of all women?"

Sara Kiley Watson is the Science Desk intern at NPR.

An earlier version of this story incorrectly stated that the HPV test that the FDA approved in 2014 can test vaginal and cervical secretions that can be gathered with a swab. Currently, in the U.S. the test is used only to test cervical cells, which a clinician gathers with an endocervical brush or spatula.