Accessibility links
Greater Opioid Use Linked To Higher Chance Of Arrests, Criminal Convictions : Shots - Health News A new study shows Americans with opioid addiction are more likely to have been arrested or convicted of a crime, suggesting a need to involve police, courts and jails in treating addiction. 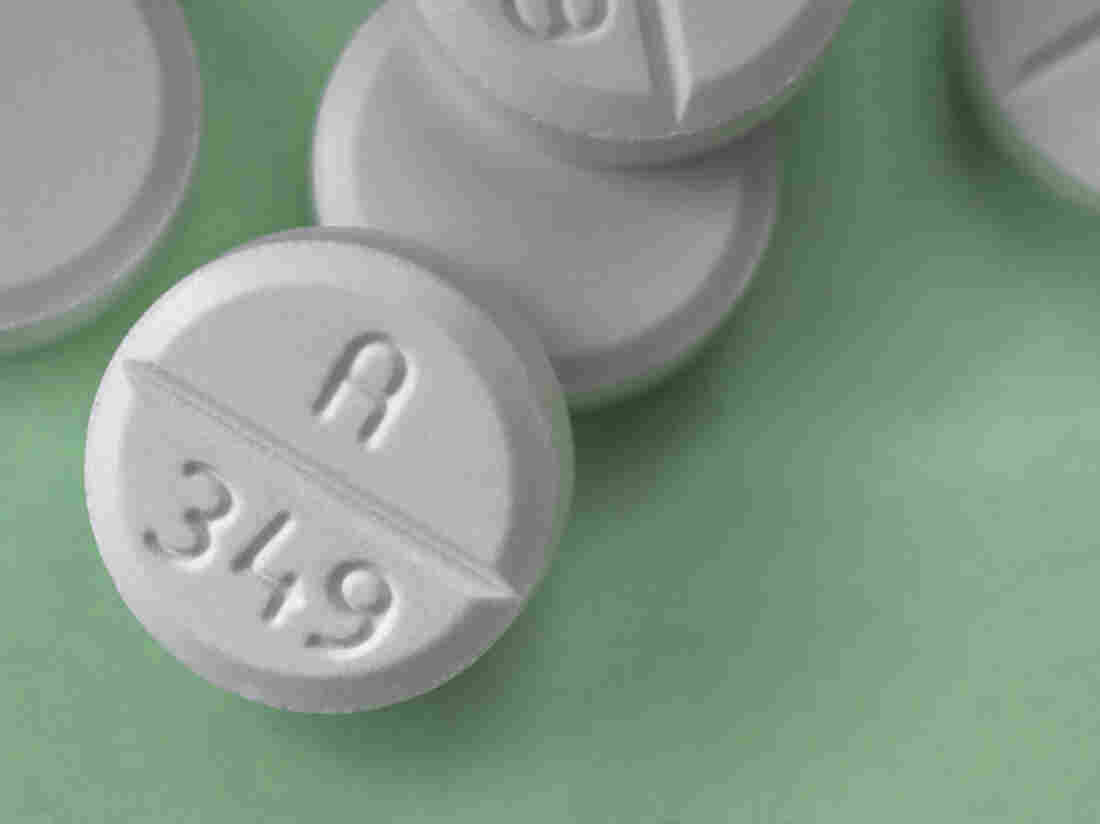 Any amount of opioid use was associated with a higher risk of arrest, parole or probation according to a new study. Marie Hickman/Getty Images hide caption 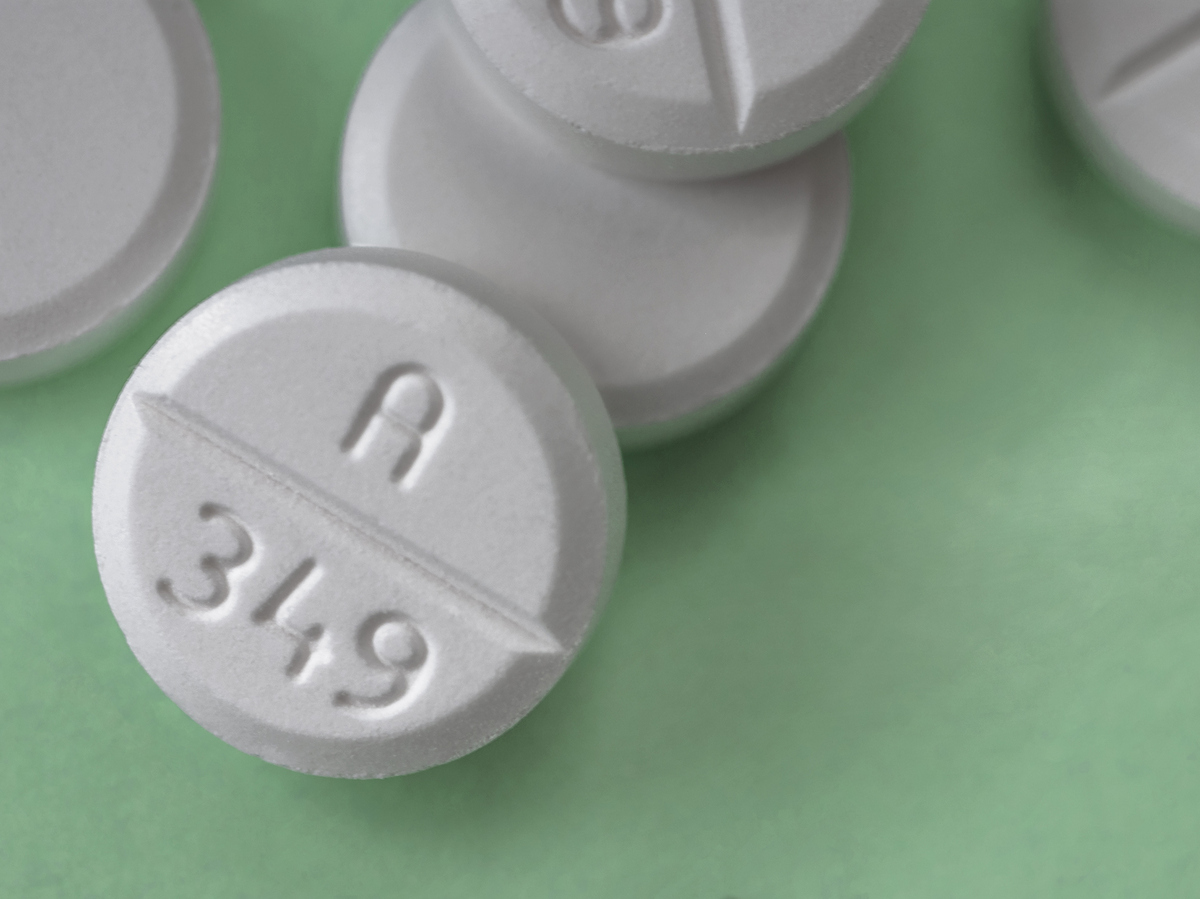 Any amount of opioid use was associated with a higher risk of arrest, parole or probation according to a new study.

People addicted to prescription opioids or heroin are far more likely to have run-ins with the law than those who don't use opioids, according to a study published Friday in JAMA Network Open.

The study provides the first nationwide estimate for the number of people using opioids who end up in the American criminal justice system. The results suggest a need to engage law enforcement officials and corrections systems to tackle the opioid epidemic.

The connection between the criminal justice system and substance abuse is well-known. About 65 percent of people who are incarcerated are known to have a substance use disorder, according to the National Institute on Drug Abuse.

And yet there is little national data tracking the intersection of the criminal justice system and the ongoing opioid epidemic.

"There have been reports that jails and prisons are bearing the brunt of the opioid epidemic, but we didn't know nationally how many people who use opioids are involved in the criminal justice system," says Tyler Winkelman, a clinician-investigator at Hennepin Healthcare in Minneapolis and the lead author of the study.

To get that national picture, Winkelman and his colleagues analyzed data from 78,976 respondents to the annual National Survey on Drug Use And Health, which collects information on substance use by respondents, as well as information on their socioeconomic status, education and health.

"People who use opioids, including heroin, were up to 13 times more likely to be involved in the criminal justice system," says Winkelman.

The study shows the complexity of the the opioid crisis, according to Josiah Rich, a professor of medicine and epidemiology at Brown University, who wasn't involved in the research. It shows "the spectrum of the disease and its overlap with the criminal justice system, showing that the more you progress along that continuum, the more likely you are to get tangled up in the criminal justice system."

The study also showed that most people with opioid use disorder had other mental illnesses and were also more likely to have certain chronic health conditions, such as asthma and chronic obstructive pulmonary disease.

The study authors argue for the need to engage and involve the criminal justice system in dealing with the opioid epidemic, including reducing overdose deaths.

Most jails and prisons don't offer medication-assisted treatment using the three FDA-approved drugs for the treating opioid use disorder: buprenorphine, methadone and naltrexone. Treatment with medication is the most effective option for people addicted to opioids, says Rich.

Incarcerating people with addiction without offering treatment makes them more vulnerable to dying from an overdose when they are released, he explains.

Over time, "their tolerance [to opioids] reduces," says Rich. So if they relapse when they're released from jail or prison, "that relapse in 2018 is extremely dangerous, because you don't have tolerance, and you need a minuscule amount of fentanyl to kill you," he says.

Most of the heroin and illicit opioid supply today is contaminated with fentanyl and other related synthetic opioids, which are more powerful and deadly, adds Rich.

Study author Winkelman urges alternatives to incarceration for people with addictions. "We need a response that will ideally prevent people from entering the criminal justice system," he says.

Similar efforts should be taken to divert people with opioid use disorders to treatment facilities, he says.

Seattle, for example, has a program called Law Enforcement Assisted Diversion, which allows people with small drug offenses to be moved away from prisons to community-based service.

There's a critical need for jails and prisons to provide effective treatment to inmates, says Leo Beletsky, an associate professor of law and health sciences at Northeastern University, who wasn't involved in the new study.

"The criminal justice system needs to be much more equipped to reduce the risks in the population that they encounter," he says. "We need to make sure people have access to evidence-based substance use treatment when they're in prisons. The fact that we don't is shocking."

Some state correctional systems are starting to change their approach.

In July 2016, the Rhode Island Department of Corrections implemented a new comprehensive program to treat inmates' addiction with medications.

"We decided to screen everybody coming into [prison or jail] for opioid use disorder and offer on individualized basis the most effective treatment we have, and offer it to people leaving the institution as well," says Rich, who is involved in the program and has monitored its impact.

Earlier this year, he and his colleagues published a study in JAMA Psychiatry showing that the rates of death by overdose of people coming out of Rhode Island's correctional system dropped by almost 61 percent.

"That is unheard of, to have that magnitude of a drop in mortality," says Rich.

The new study shows that it's time prisons across the country have similar treatment programs, he says: "At this point of the epidemic, we can't afford to not put people on treatment."