Accessibility links
Colorado's Meth Use Complicates Recovery From Opioid Addiction : Shots - Health News Last year, 280 Coloradans who died of a drug overdose had methamphetamine in the mix. That's up sharply from 2016 and more than five times the number in 2012. 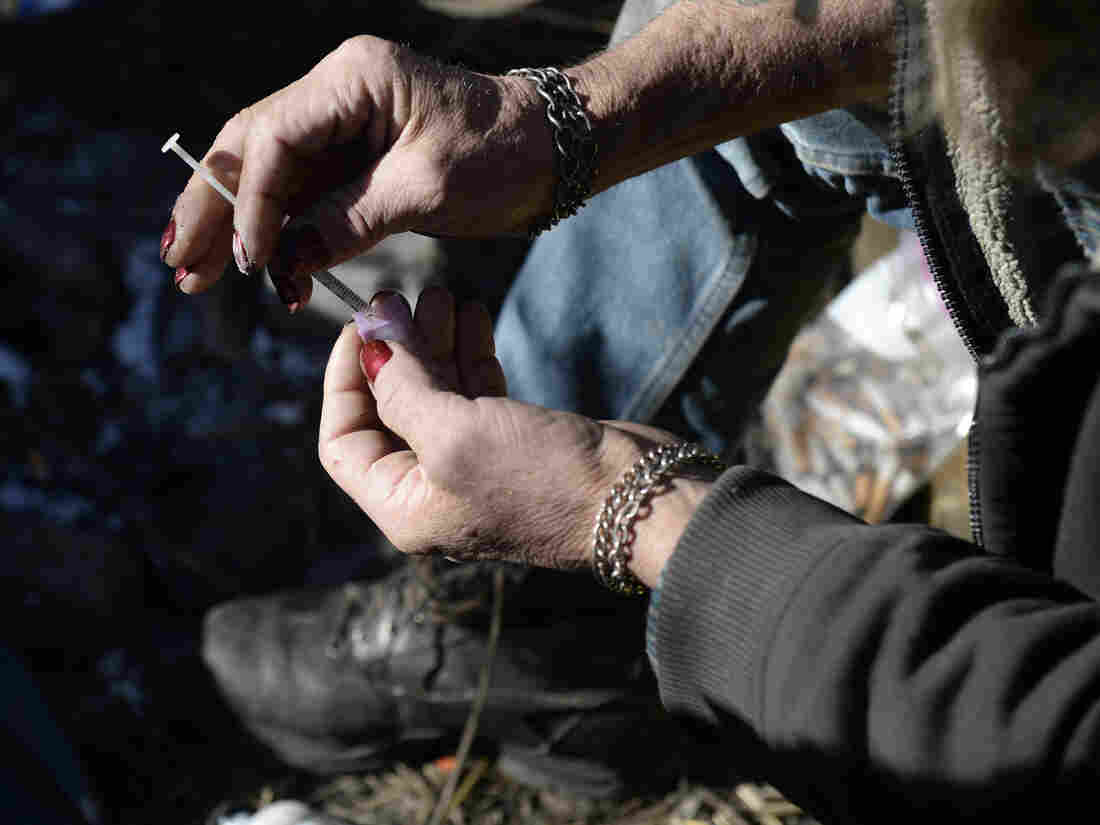 A homeless man in Denver draws heroin into a syringe. Treatment centers in the city say patterns of drug use seem to be changing. While most users once relied on a single drug Ã¢ÂÂ typically painkillers or heroin or cocaine Ã¢ÂÂ an increasing number now also use meth. Andy Cross/Denver Post via Getty Images hide caption

Huddled at a computer screen at the Denver Recovery Group, counselor Melissa McConnell looks at the latest urinalysis results for her client, Sara Florence.

"Shooting it, smoking it, snorting it," Florence says. "It's horrible, just made me feel like crap, you know. But I'd still did it. Just makes no sense, you know. It's just really addicting." 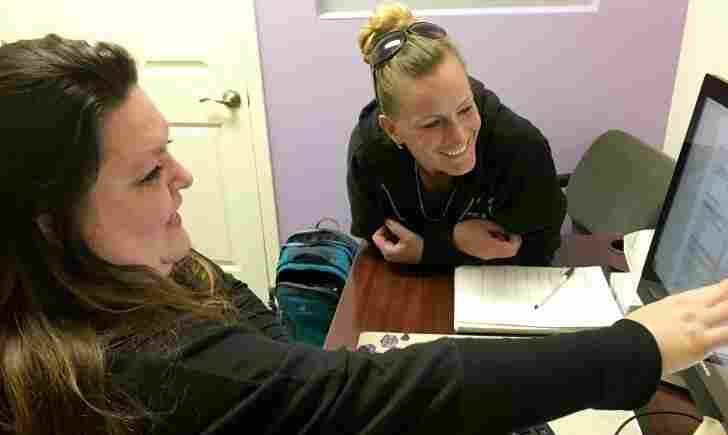 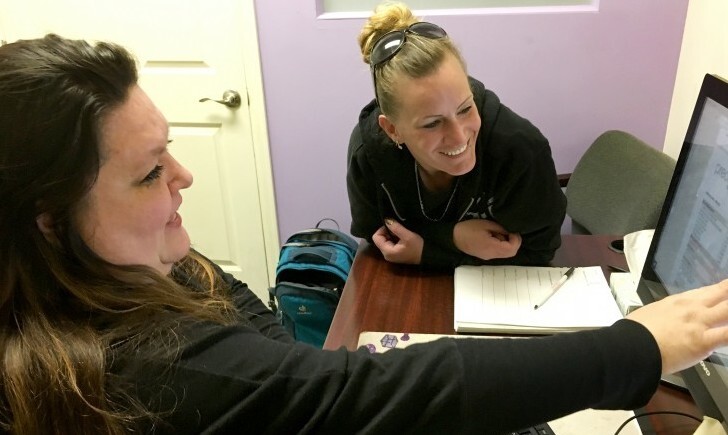 Counselor Melissa McConnell and patient Sara Florence look at a computer screen at the Denver Recovery Group, a treatment center.

Meth is particularly insidious, she says, because it's cheap, readily available and "very common. Everybody does it."

Her assessment is in line with drug-overdose numbers from Colorado's Department of Public Health and Environment, which show meth's enduring presence in the state. The drug was found in the systems of 280 Coloradans who died of overdoses in 2017 — up sharply from the year before. That number was more than five times that recorded in 2012.

Admissions for the use of methamphetamine to what was once the state's largest drug treatment facility — the now-closed Arapahoe House — almost doubled from 2013 to 2017. Statewide figures for meth-related treatment admissions have also risen steadily over the last five years. And there's a new twist, Vincioni says: In the past, users mainly seemed to stick to one drug — opioid pills or heroin or cocaine. Now, they're using those along with meth.

McConnell says once people come in for treatment, "They start to get off the opiates, but their meth use increases."

Contrary to the portrayal of meth production in popular TV dramas, the meth in Colorado these days is rarely cooked up in neighborhood basements from local drugstore ingredients. Instead, it's mostly imported, often along the same routes as heroin.

"I would say almost 100 percent of our meth comes from Mexico," says Tom Gorman, director of the Office of National Drug Control Policy's Rocky Mountain High Intensity Drug Trafficking Area. Much of it is mass produced there, he says, in "superlabs."

The drug's continued impact shows up in police statistics. Denver arrests for possession of meth nearly tripled in 2017 compared to 2013. The amount of methamphetamine seized by HIDTA-funded drug task forces across Colorado, as well as by Colorado state patrol officers, went up sharply from 2016 to 2017.

Meth has been overshadowed by opioids and marijuana in news headlines in Colorado recently, Gorman says, but "we've had a meth problem in this area for a long time."

"Maybe," he says. "But it's always been our number one problem."

Sara Florence at the Denver Recovery Group is a 36-year-old mother of three. Her reliance on drugs started early, she says — at age 15, when her parents gave her pain pills for a toothache. Just like that, she was hooked.

"I grew up around it, you know," Florence says. "It was around me, my environment. Both my parents were addicts, and so, you know, it was kind of rough not to be one."

Those troubles eventually led to heroin and an eight year struggle with meth. The day she got arrested for stealing a Subaru was when she hit bottom, Florence says.

"I was homeless and had nowhere to live, and driving the stolen vehicle and sleeping in it." The ultimate charge, Florence says, was "aggravated motor vehicle theft."

Then it was off to drug court and eventually to the Denver Recovery Group. After seeing her drug test come back clean, counselor McConnell gave Florence a big hug.

"It's just so much better quality life now that I'm not doing anything," Florence says. "This is the cleanest I've been since I was 15 years old."

Still, Vincioni worries about the impact of this latest meth surge — how it could affect her clients. People with a dependency on more than one drug are that much harder to treat, and that limits their chances of "continued sustained recovery," she says.

Her facility treats clients on an outpatient basis, but Vincioni knows that many would need more intensive inpatient services to deal with a meth addiction.

"It's very difficult to stabilize patients who continue to use meth," Vincioni says.

If a client drops out of the treatment and counseling program at Denver Recovery Group, the staff often doesn't know what happens to them. The worry is they might not survive.

This story is part of NPR's reporting partnership with Colorado Public Radio and Kaiser Health News.