Short-term health care plans could be a more affordable option for some consumers, but they're exempt from covering people with pre-existing conditions. Dreet Production/Alloy/Getty Images hide caption 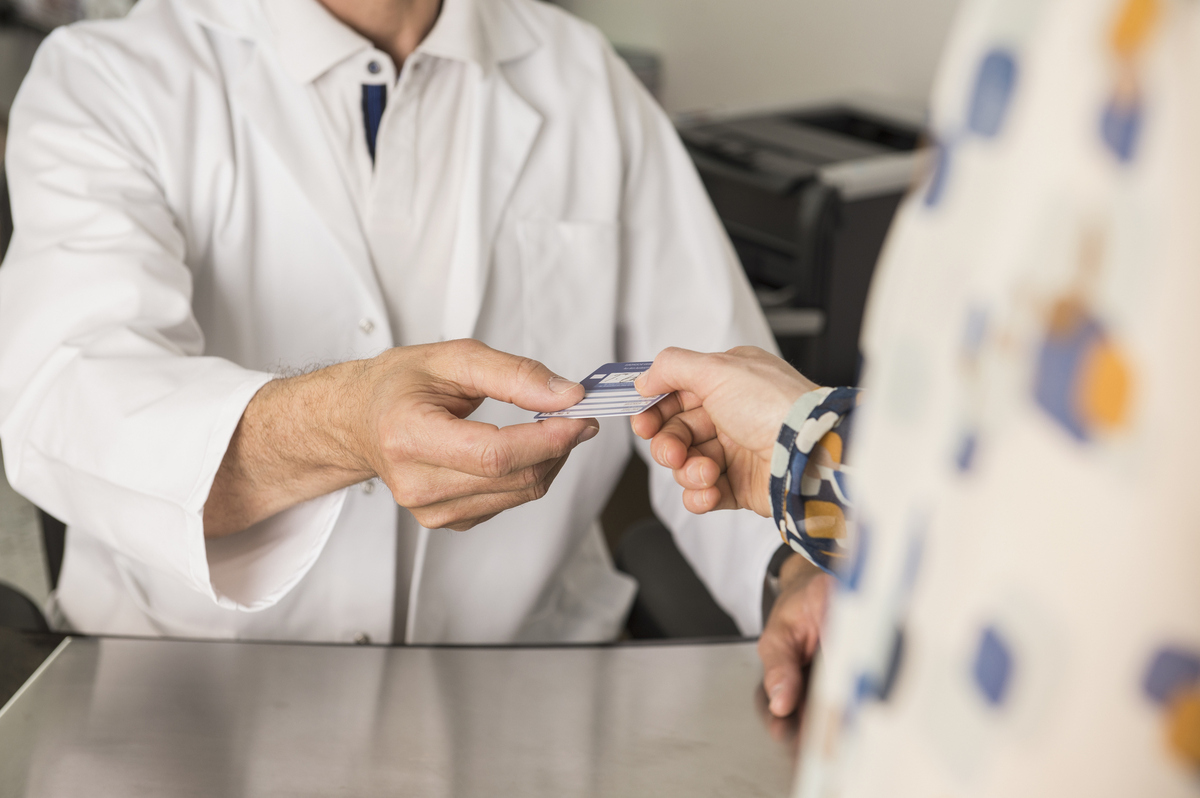 Short-term health care plans could be a more affordable option for some consumers, but they're exempt from covering people with pre-existing conditions.

People who don't get insurance through their jobs will now be able to buy short-term policies that may be cheaper than Affordable Care Act coverage. These plans won't have to cover as many medical services and are exempt from covering people with pre-existing conditions.

The departments of Health and Human Services, Labor and Treasury announced new rules Wednesday that make it easier for consumers to replace ACA insurance with these short-term policies.

The policies were originally limited to three months, but they can now last up to a year, and be renewed to last as long as three years. The plans have been a priority of President Trump, who says he wants consumers to have access to cheaper health insurance.

Short-term plans don't have to meet the Affordable Care Act's consumer protection and coverage requirements, so many will not cover services such as mental health care or prescription drugs. And insurance companies can deny customers coverage on these plans if they have a pre-existing medical condition and charge people more if they are likely to need medical care.

"These policies are different from those offered on the exchange," said James Parker, a senior adviser for health reform at HHS, in a conference call with reporters. "We make no representation that it's equivalent coverage."

Parker said a short-term policy may cost as little as $124 a month, compared with an average $393 for an unsubsidized policy that meets all the ACA coverage requirements.

"If you start out healthy so that you get covered, but then later get a diagnosis, they can drop you at the end of the contract term," says Sabrina Corlette, a research professor at Georgetown University's Center on Health Insurance Reforms.

But many people complained that the policies were too expensive.

HHS estimates that about 200,000 people will buy short-term policies next year and as many as 1.6 million could own them after five years.

The Congressional Budget Office, the nonpartisan research office that estimates the budget effects of policy proposals, gave a larger figure, estimating that about 2 million mostly healthy people will buy short-term plans. This could have the effect of driving premiums slightly higher on the ACA exchanges, because healthier people will leave the market, according to the CBO.

The plans are aimed at people who earn more than four times the federal poverty threshold and therefore don't qualify for federal subsidies to help pay premiums for policies sold on the ACA exchanges.

Many of those people have been priced out of the health insurance market since the ACA took effect, says Joseph Antos, an economist at the American Enterprise Institute.

"This will at least provide a little bit of relief for people who are otherwise essentially forgotten by the Affordable Care Act," Antos says.

Short-term policies are available now, but consumers can only buy them for up to three months. According to a report by the National Association of Insurance Commissioners, the policies paid out an average 55 percent of their premiums in actual health care last year. Under the Affordable Care Act, insurance companies are required to spend 80 to 85 percent of their premiums on health care or refund money to their customers.

Antos and Corlette both say they don't expect the availability of short-term policies to have a major impact on the ACA exchanges. That's because more than 85 percent of the people who get insurance through the exchanges qualify for subsidies that keep their premiums affordable and stable.

More than 9,000 people and organizations commented on the rule, since February when it was first proposed. Many comments came from people who said they have existing medical conditions that – before the Affordable Care Act's consumer protections were put in place – would have been unable to get insurance that would cover their condition.

A commenter from Iowa, who has cystic fibrosis, wrote: "People with cystic fibrosis require a complex and demanding care regimen, and need access to high-quality, specialized care and adequate and affordable insurance. The proposed rule fails to adequately protect our community."

The new rules will require insurers to include clear explanations about what is covered, and to warn consumers that they do not have an automatic right to renew their policies when they expire. And if a short-term policy ends before the open enrollment period for Affordable Care Act insurance, consumers will not have the right to buy ACA insurance right away, says Randy Pate, the deputy administrator of the Centers for Medicare and Medicaid Services at HHS.

"The notice language urges people to read their policy very carefully to see what's included and what's not included," he says.

Corlette worries that won't be enough and people will be left surprised that their insurance doesn't cover them when they need care.

"It's very much buyer beware. And of course if you have any kind of pre-existing condition, or you want to have a baby or you're expecting to have serious medical needs taken care of these are not the plans for you," she says.

The new rules go into effect in 60 days, so expanded short-term policies could be available in October.