Accessibility links
Babies Who Seem Fine At Birth May Have Zika-Related Problems Later, Study Finds : Shots - Health News The largest study to follow women infected with Zika while they were pregnant finds about 6 percent of children had problems at birth, but 14 percent had complications by their first birthday. 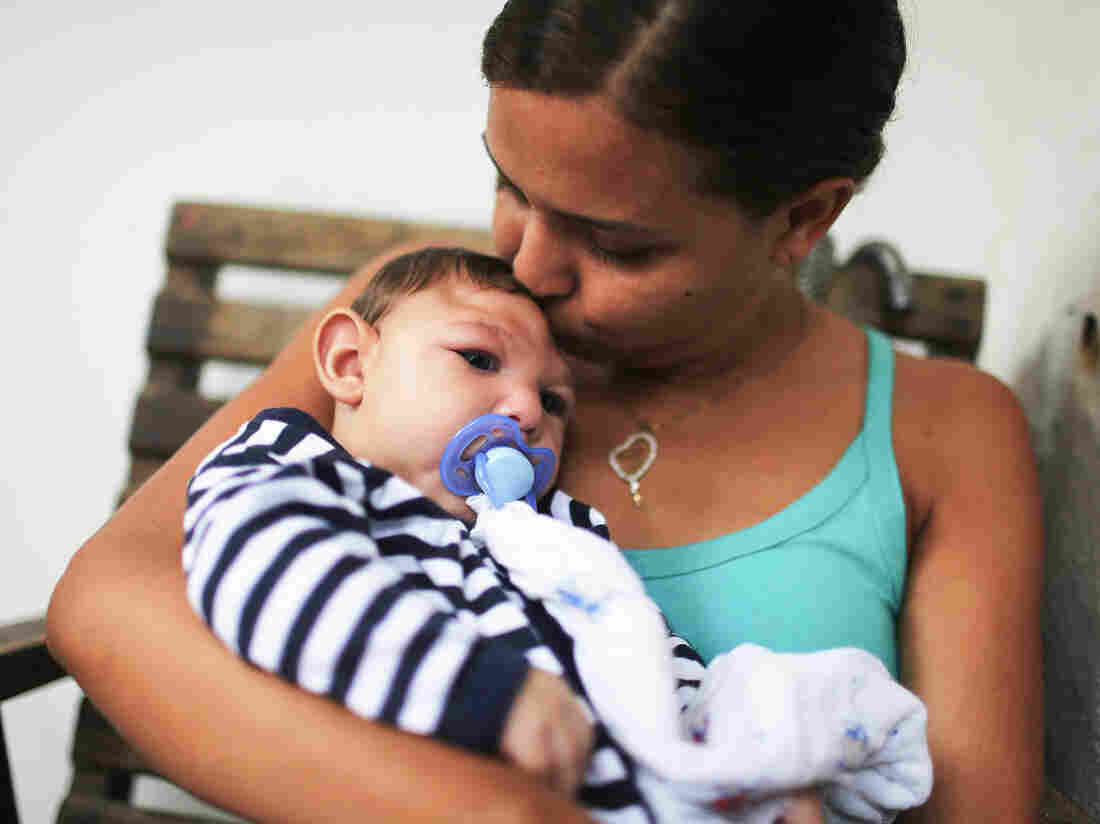 Mother Daniele Santos holds her baby Juan Pedro, who has microcephaly, on May 30, 2016, in Recife, Brazil. Researchers are now learning that Zika's effects can appear up to a year after birth. Mario Tama/Getty Images hide caption 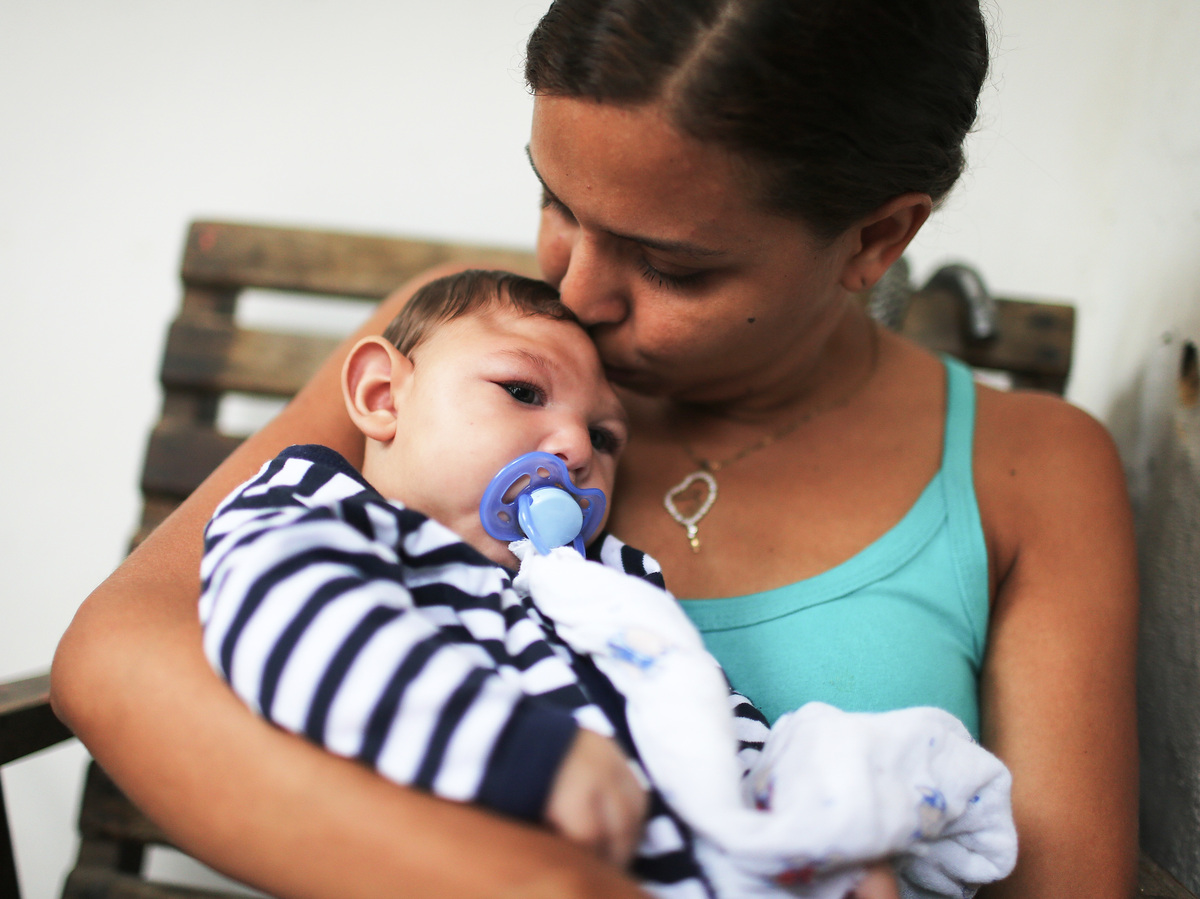 Mother Daniele Santos holds her baby Juan Pedro, who has microcephaly, on May 30, 2016, in Recife, Brazil. Researchers are now learning that Zika's effects can appear up to a year after birth.

Since Zika emerged as a threat to babies, it has been a mystery exactly how much of a danger the mosquito-borne virus poses to children.

But now, the largest study to follow kids who were exposed to the virus in the womb is providing more answers.

The study involved 1,450 babies who had been exposed to the virus, and who were 1-year-old by February 2018. Six percent were born with birth defects, and 14 percent developed problems that could be blamed on the virus by the time they turned 1, the study found.

"We're beginning to see the full spectrum of the impact of Zika," says Margaret Honein, director of the Division of Congenital and Developmental Disorders at the Centers for Disease Control and Prevention. The CDC released the study Tuesday.

"This is really our first look at how these children are doing as they grow and develop, and really emphasizes that the Zika story is not over, particularly for these children," Honein says.

Zika triggered an international public health emergency in 2016 when a large outbreak in Brazil revealed that the virus could cause babies to be born with very small heads and severely damaged brains when pregnant women get infected. The condition is called microcephaly.

It slowly has become more apparent that Zika-exposed babies could develop a range of other problems as well, including seizures, damaged vision and developmental disorders.

The CDC reported last year that about 5 percent of babies exposed in the womb are born with microcephaly and other birth defects. But the extent of the risk as children get older is just now starting to become clear.

The new analysis included babies born in U.S. territories such as Puerto Rico and in U.S. freely associated states, such as the Marshall Islands. It found that the risk for birth defects including microcephaly and vision damage is slightly higher — about 6 percent. And 1 in 7 — 14 percent — developed some kind of problem that could have been caused by the virus by their first birthday.

For example, 20 babies in the new analysis whose heads were normal at birth had microcephaly by the time they turned 1.

"That happened because their brain was not growing and developing properly," Honein says.

"It's really important that parents and doctors work together to make sure children get all the evaluations they need, even if they look healthy when they are born," Honein says.

For example, only about one-third of the Zika-exposed babies in the study had an eye exam by an eye specialist.

It's also important to continue to follow these children, she says.

"We are still in the early stages of learning about Zika. So we don't yet know what sort of problems might emerge when the children are 2 years old or 3 years old or when they reach school age," Honein says.

There are no major Zika outbreaks occurring right now. But Honein stresses Zika is still being transmitted in many countries and outbreaks still could occur.

So pregnant women and couples trying to conceive should continue to protect themselves while living or visiting places where Zika is being transmitted. The virus is primarily spread by mosquitoes, but can also be spread sexually.

The CDC on Tuesday also issued new interim guidance for men who were exposed to the virus. The agency is now recommending these men wait three months after exposure before trying to conceive. The CDC had previously recommended waiting six months. But the latest science suggests the virus doesn't remain infectious in semen as long as previously thought.