Accessibility links
Sperm Counts Lower In Men Wearing Tight Undies : Shots - Health News The jury's still out on whether underwear preference matters to male fertility, but men who wear briefs, or other tight options, were found to have slightly lower sperm counts in a new study. 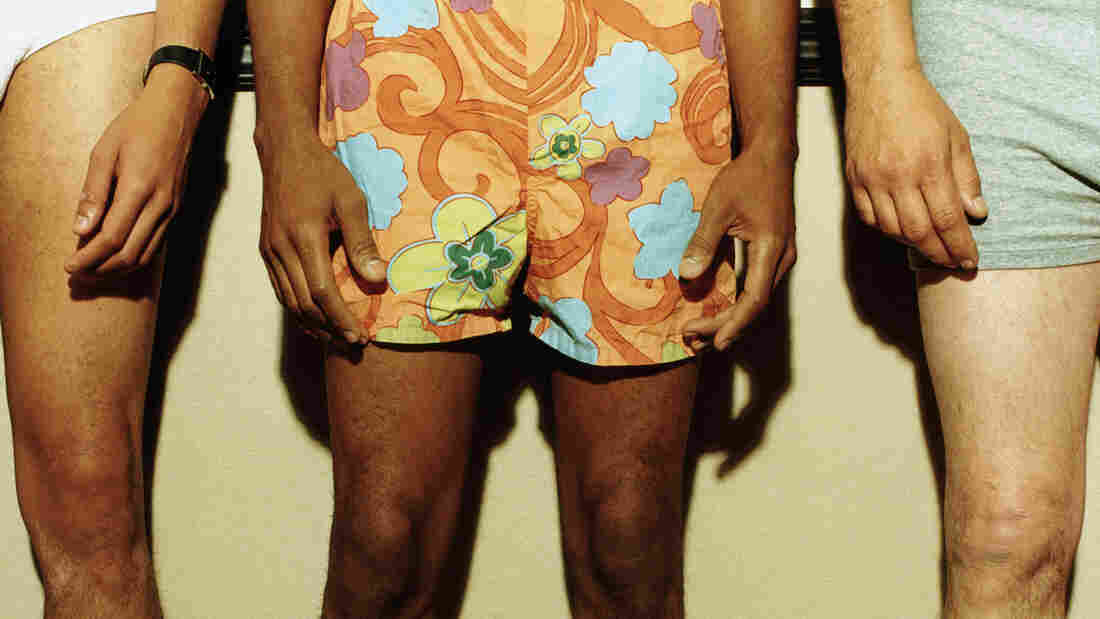 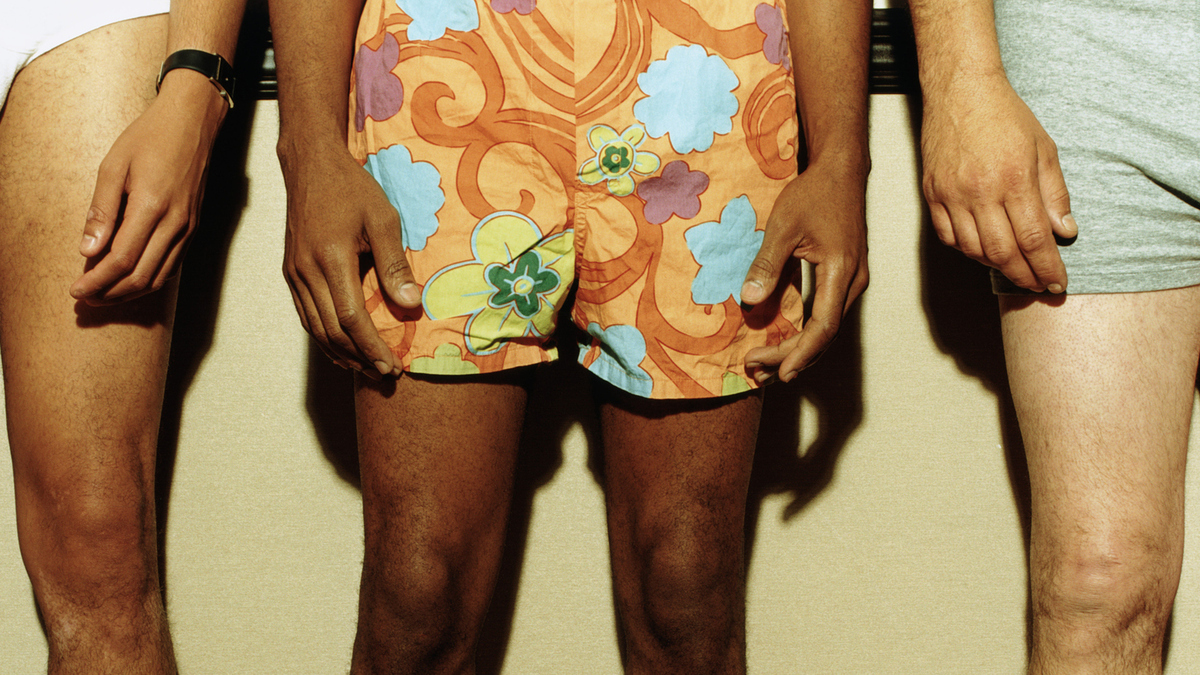 A study published Wednesday suggests men who wear briefs — tight-fitting underwear — have sperm counts that are, on average, 17 percent lower than men who wear boxers.

If you've ever seen someone with testicles get kicked in the groin, then you probably know that male genitals — often portrayed as a symbol of male strength and virility — aren't actually that tough.

But can testicles — or rather, the sperm they produce — be harmed by something as seemingly innocent as a pair of briefs?

A study published Wednesday in the journal Human Reproduction finds lower sperm counts in people who wear tight-fitting underwear. But some experts question whether undergarment choice could make a meaningful difference for fertility.

If it does matter, it all comes to down to temperature. As it turns out, a man's love spuds just can't take the heat.

"Any exposure [to heat] that significantly increases temperature is likely to affect spermatogenesis [or sperm production]," says Dr. Jorge Chavarro, associate professor of nutrition and epidemiology at Harvard T.H. Chan School of Public Health, and an author on the study. "That's the main reason we have scrotums and testes that are external to the abdomen."

By hanging below the torso, testicles stay cooler — by about 4 to 6 degrees, typically — than the rest of the body. That helps them make happy, functional sperm cells.

But when you slap on a pair of briefs, that natural cooling system is disrupted. Your dangly bits are held close to your abdomen and they heat up, harming sperm production.

At least, that's one hypothesis. Several studies have examined this issue, but Chavarro says many of them weren't large enough, or yielded inconclusive results. Chavarro wanted to know whether the type of underwear worn really influenced sperm count.

To do that, he'd have to look at some sperm. Lots of it.

In their study, Chavarro and his team examined semen samples from 656 men. These men were selected from couples seeking infertility treatments at Massachusetts General Hospital between 2000 and 2017.

Each man had filled out a survey for the clinic that included a question about what underwear he typically wore. This allowed Chavarro to compare men who wore boxers to men who wore tighter-fitting underwear like briefs or bikinis.

After correcting for a number of factors, such as age and weight, the researchers saw a trend.

But Chavarro notes that even though the average sperm count was lower in men who wore tight-fitting underwear instead of boxers, this value was still well within healthy levels. That suggests the difference between underwear types shouldn't be overblown, Chavarro says.

"For most men, it probably doesn't make a lot of difference," he says. "The men who are most likely to benefit are the men who are on the border – who have relatively low sperm count."

Even with Chavarro's caveats, some experts aren't convinced. Germaine Louis, dean of the College of Health and Human Services at George Mason University, published a similar study in 2016 examining semen from 473 men, and failed to detect differences in sperm count or fertility outcomes.

"There's absolutely no difference in how long it took people to get pregnant whether [the men] were wearing briefs or boxers," Louis says.

She worries that underwear guidance would only add stress to the equation.

"Couples are already stressed out enough when they're trying for a pregnancy," Lewis says. "We just don't need to introduce any other stressors."

Still, Chavarro says that switching to boxers is relatively cheap compared to most fertility treatments. For couples trying to improve their chance at a pregnancy, changing the man's underwear habits could be low-hanging fruit.

Dr. Bruce Gilbert, professor of urology at the Zucker School of Medicine at Hofstra/Northwell, says Chavarro and his colleagues ignored several factors that may have influenced sperm count, such as the type of pants typically worn by each patient. Wearing tight jeans, for instance, could outweigh any benefits derived from wearing loose boxers.

"If people were just running around this world in underwear that would be one thing," he says. "But you and I and most people are going to be wearing something over our underwear."

Plus, the questionnaire was vaguely worded, Gilbert says, and should have included more specific questions about each patient's behavior.

"I would like a bit more information from their set of patients before I change what I tell my patients," Gilbert says. "I can't say this is going to change my clinical practice."

Paul Chisholm is an intern on NPR's Science desk.