Accessibility links
Laser Treatments May Help Some Women's Vaginal Pain : Shots - Health News The FDA recently warned against using lasers for so-called "vaginal rejuvenation" treatments to reshape or tighten the vagina. But one kind of laser treatment might have gotten a bad rap.

Despite FDA Caution, Doctors Say Lasers May Help With Vaginal Pain And Dryness

Despite FDA Caution, Doctors Say Lasers May Help With Vaginal Pain And Dryness 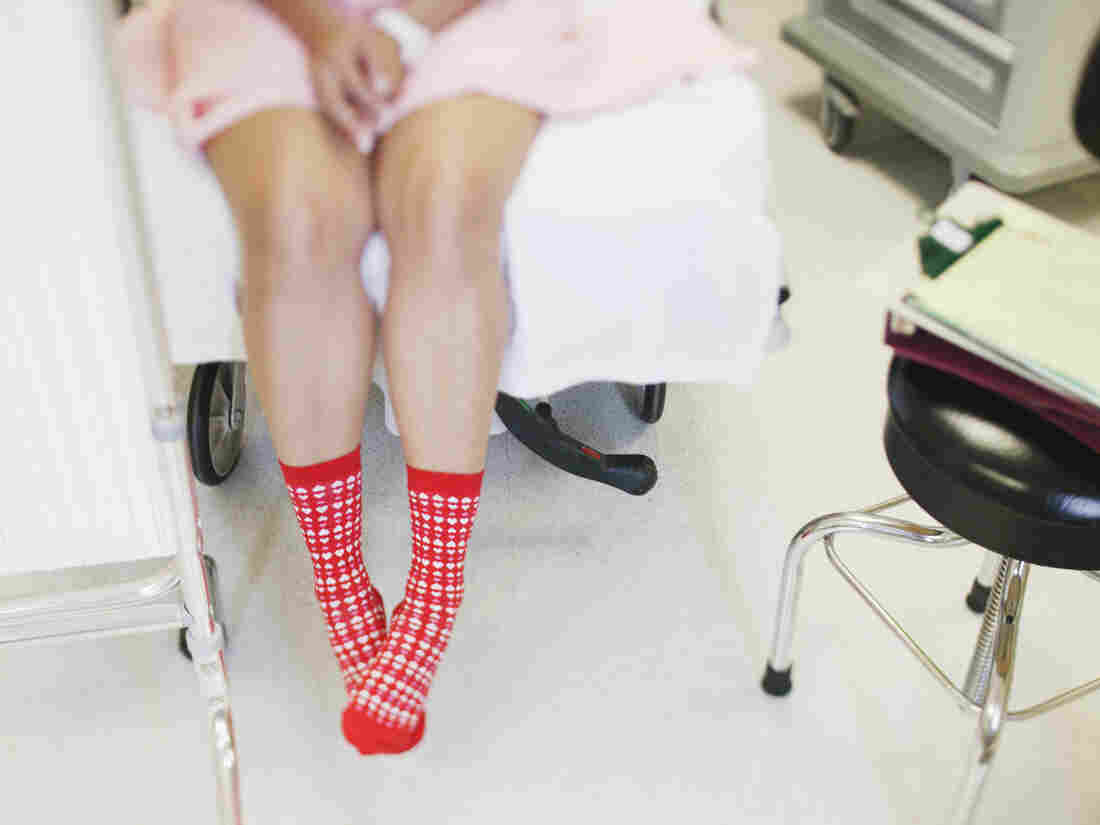 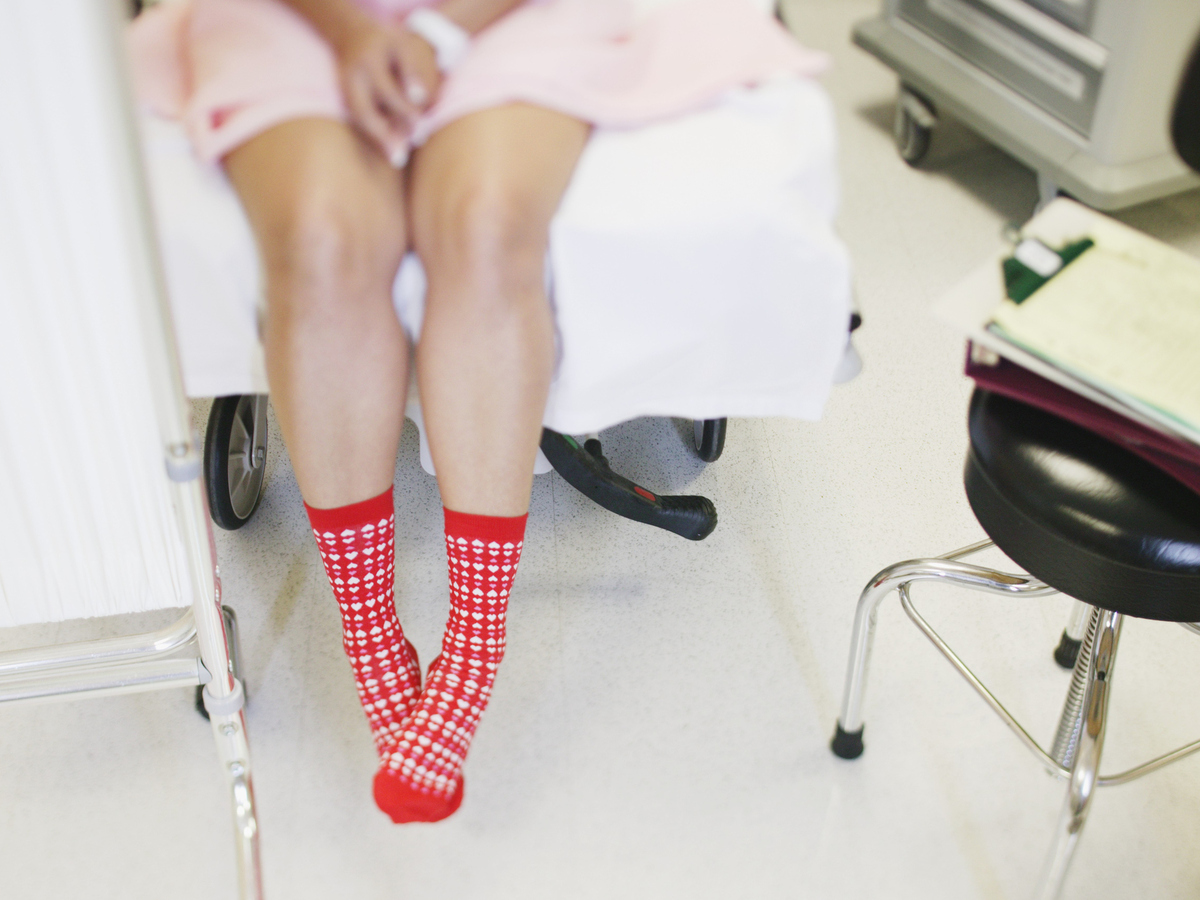 Women struggling with symptoms like vaginal dryness and pain during sex, may be drawn to treatments, marketed as "vaginal rejuvenation," that claim to fix such issues.

Providers who offer the treatments, often dermatologists or plastic surgeons' offices, often claim they can not only cure discomfort, but also tighten the vagina and give it a more "youthful appearance."

The agency notes that it has found numerous cases of vaginal burns, scarring, pain during sexual intercourse and recurring or chronic pain caused by the lasers and other energy-based devices that are used for such treatments.

But some physicians say the FDA may have gone overboard, and a useful treatment has gotten caught up in the broadly phrased warning. Gynecologists have seen good results from using one type of device that the FDA flagged, fractional CO2 lasers. They say treatment with the lasers can alleviate symptoms of menopause like vaginal pain and dryness.

"The message to the consumer is very confusing because it really lumps it all together," says Dr. Lauren Streicher, a clinical professor of obstetrics and gynecology at Northwestern University.

Many women suffer from pain and dryness after menopause, she says, because lower estrogen levels can lead to thinning, drying and inflammation of the vaginal walls.

Streicher says some gynecologists including her practice at Northwestern Medicine offer a laser treatment as an option for women struggling with these symptoms after menopause, surgery or cancer treatment. The FDA warned against this use, though there's a small but growing body of research behind it.

"It was really disheartening and, quite frankly, I think irresponsible of the FDA to make that statement when we do have a very solid medical literature that shows otherwise," says Streicher.

She says this treatment can be especially valuable for women who can't take estrogen-based therapies for the same problem, like women who've had breast cancer.

In a post on Harvard Medical School's blog, Dr. Hope Ricciotti, a professor of obstetrics and gynecology at Harvard Medical School, also expressed concern about the FDA's statement, saying it "may limit availability of innovative therapies" for women with genitourinary symptoms of menopause.

"I worry about misunderstanding of the FDA statement shutting down studies (and minds)," she wrote.

Larger studies are underway, says Dr. Eric Sokol, an associate professor of obstetrics and gynecology at Stanford. He has authored pilot studies on CO2 lasers, including one published in 2017 which found positive results with minimal risk for postmenopausal patients with vaginal pain and dryness.

Sokol says it appears the lasers, which make micro-perforations in the skin of the vaginal wall, induce a healing response and may increases collagen production. More research is still needed to understand how it works, he adds.

The FDA was right to be looking out for women's health, he says, but the warning may scare women away from treatments that could help.

"As long as patients are appropriately counseled, we should be able to offer access to new technologies," he says. "A lot of the therapies available now aren't adequately helping a lot of people."

Both Sokol and Streicher agree with the FDA's critique of marketing the treatments as "vaginal rejuvenation."

"Vaginal rejuvenation is not a medical term, and no credible doctor would use it," says Streicher.

For women experiencing pain or discomfort, she strongly recommends they go to the OB/GYN and get to the bottom of what's causing their vaginal woes.

Streicher says she knows of a patient who went to her dermatologist for vaginal laser treatment. After it didn't relieve the problem, she finally went to her gynecologist only to find out she had ovarian cancer.

"Had she seen a gynecologist from the get-go and said 'I'm having pain,' we would've done an appropriate evaluation and said you don't need laser, you need surgery and chemotherapy," Streicher says.

Sokol says that when patients in his clinic at Stanford ask about laser treatment, they are warned that this method hasn't been cleared by the FDA for treating genitourinary symptoms, and that research is still ongoing.

"We're very careful about that," he says.

He advises anyone considering these treatments to first "get a proper pelvic exam to rule out gynecologic conditions that may mimic these symptoms."

Vaginal rejuvenation is a lucrative business, says Streicher, so it's not shocking that people are making money off of doing laser procedures without first examining their patients.

"I think everybody bears a responsibility, including the companies, to make sure that patients aren't offered inappropriate therapies by inappropriate providers," says Sokol.

He adds that the FDA's goal is to keep people safe, "but there are two sides of every story, and we have to find the middle-ground, allowing new technologies to emerge."

Sara Kiley Watson is an intern on NPR's Science desk.