Accessibility links
Ohio Medicaid Expansion Cut Uninsured By Half, Report Finds : Shots - Health News An analysis by the state shows Medicaid expansion has cut in half the number of uninsured Ohioans. Most recipients said the expansion made it easier to find work and care for their families. 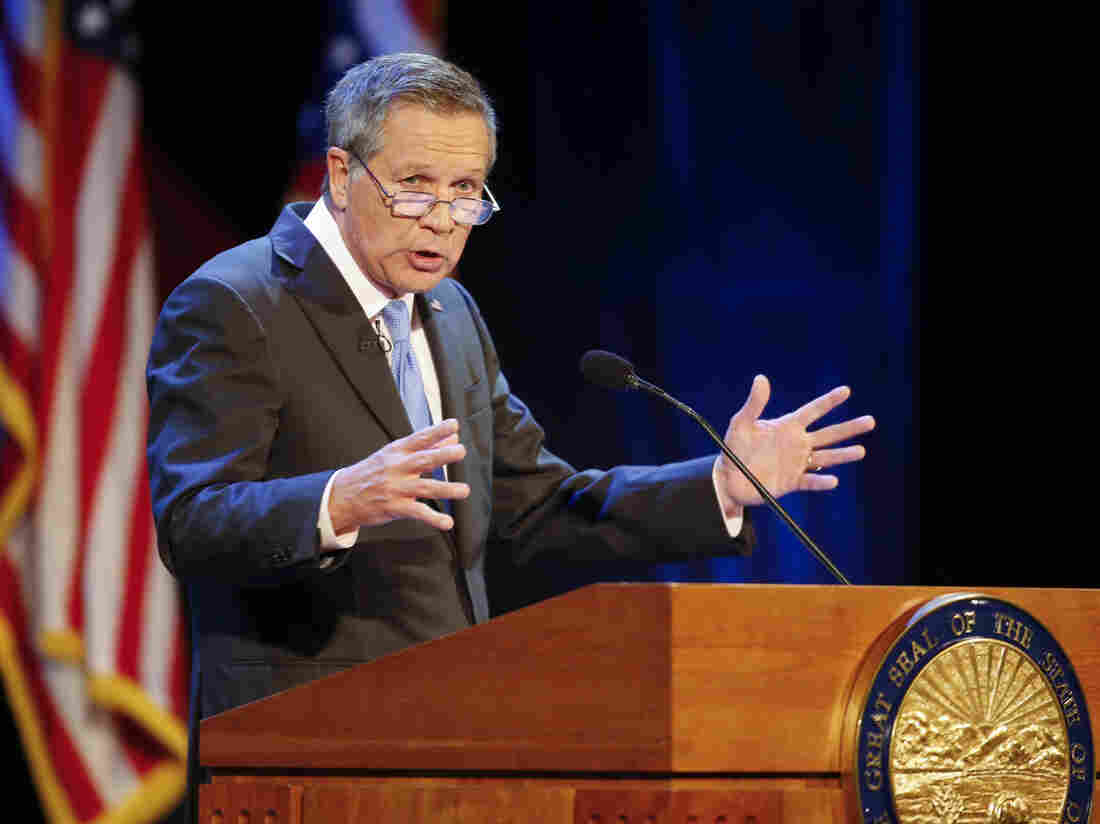 Ohio Gov. John Kasich, a Republican, is eager to preserve an expansion of Medicaid that he pushed through, despite opposition from other members of his party. Ron Schwane/AP hide caption 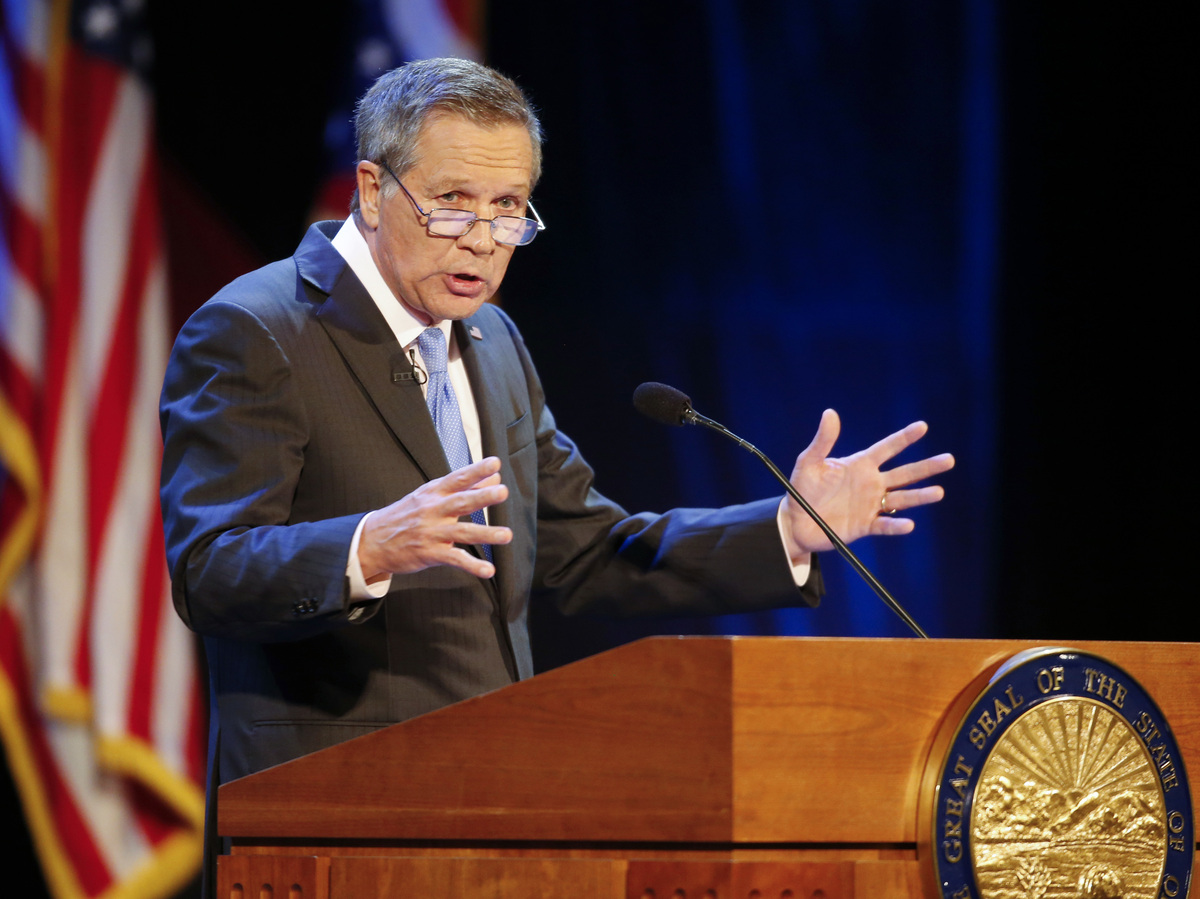 Ohio Gov. John Kasich, a Republican, is eager to preserve an expansion of Medicaid that he pushed through, despite opposition from other members of his party.

Four years after going out on a limb to get Medicaid expansion enacted in Ohio, outgoing Republican Gov. John Kasich is worried about the future of the program. So he is now defending it — through a study and through the stories of people who have benefited from the coverage expansion.

One of those people is Brenda Jean Searcy, a 55-year-old law student who lives with her 93-year-old father in the Columbus suburb of Westerville. She says she had always been healthy but was felled by Lyme disease and then Graves' disease; the diagnosis of the latter came after she had signed up for Medicaid through the expansion.

"I am very grateful to have Medicaid. It has made my life much better and made me much healthier," Searcy says at a press conference.

He claimed it would bring $13 billion in federal funding to help low-income people in Ohio get health care — especially those struggling with mental illness and addiction. Kasich is nearing the end of his second term and will leave office in January. He wants the Medicaid expansion to continue, and his Medicaid department commissioned an independent study on the effects of the expansion to support it.

Ohio Medicaid Director Barbara Sears says the analysis shows Medicaid expansion has cut in half the number of uninsured Ohioans. Ninety-six percent of people in the program with opioid addiction got treatment, and 37 percent of smokers were able to quit. One-third reported improved health, including better access to medical care for high blood pressure and diabetes. ER visits went down 17 percent, and there was a 10 percent increase in the number of people seeing primary care doctors. And most recipients said Medicaid expansion made it easier to find work, earn more money and care for their families.

The state's budget office, part of the executive branch, estimates Medicaid expansion will cost nearly $5.2 billion in 2021, the first year Ohio will pay its full share of the costs as determined by the Affordable Care Act.

Ohio budget director Tim Keen says the state's projected share would amount to $354.1 million. However, with drug rebates, assessments on managed care plans, a 1 percent tax on premiums and other offsets, the state's share drops to $163.1 million. "Medicaid expansion is a significantly better deal for the states and for Ohio than the traditional program, and that's important as one considers our ability to fund this program," Keen says.

But Republican lawmakers have long had concerns about the program's cost.

And so does the Republican candidate to replace Kasich, Attorney General Mike DeWine. After stating for months that he feels the Medicaid expansion is financially unsustainable, DeWine says he'll keep it but makes changes, such as implementing work requirements and wellness programs. DeWine hasn't made clear how much those changes would save the program – for instance, 96 percent of Medicaid expansion recipients in Ohio would be exempt from work requirements.

Kasich says he has talked to DeWine's team about supporting the program. "I worry a little bit about somebody kind of nickeling and diming it away somehow — a little bit here, a little bit there — but I think they'll be for it," Kasich says.